Will Marvel Reclaim The Box Office Crown In May 2022?

In the studio battle, Marvel traditionally dominates the May box office, so has it reclaimed the summer crown in 2022 with Doctor Strange in the Multiverse of Madness? Phase 4 of the Marvel Cinematic Universe was originally scheduled to begin in May 2020, but that was before COVID-19 became a worldwide pandemic and shut down theaters. With the theatrical experience gone and some productions paused for months, Marvel Studios had no choice but to delay its Phase 4 slate.

The plans for Phase 4 were first announced at San Diego Comic-Con in 2019. This is where Marvel Studios president Kevin Fiege confirmed the first wave of Marvel’s Disney+ shows, as well as Scarlett Johansson’s Black Widow, new franchises in 2021’s Eternals and Shang-Chi and the Legend of the Ten Rings, and the long-awaited sequels Doctor Strange in the Multiverse of Madness and Thor: Love and Thunder. Unfortunately, however, the effects of the coronavirus pandemic delayed every movie and even changed the release order in some cases, and continues to do so.

Related: Why Only 1 MCU Character Has No Multiverse Variants

Marvel Studios now has a set release schedule for its Phase 4 movies through the beginning of 2023. There will be more content than ever before with the addition of Disney+ shows, but Marvel is also increasing its output to release four Marvel movies every year starting with Phase 4. This includes plans for the MCU to continue using the first weekend of May to release some of its more highly anticipated movies. Doctor Strange in the Multiverse of Madness took that slot in 2022 and could help Marvel reclaim the May box office crown.

May Is Marvel’s Big Release Window in 2022

From the very beginning of the MCU, the first weekend of May has become a cornerstone of Marvel Studios’ plans. This was the weekend in which the MCU-founding Iron Man launched in 2008, which propelled it to be one of the most talked-about movies of the summer. Marvel Studios returned to the early May window for Phase 1’s Iron Man 2 in 2010, Thor in 2011, and The Avengers in 2012. Once the latter earned $1.5 billion worldwide and cemented the MCU’s place as one of the biggest movie franchises around, Marvel has continued to rely heavily on this release window.

Phase 2 saw Iron Man 3 in 2013 and Avengers: Age of Ultron in 2015 take the first weekend of May release date. But after the first two phases bypassed the slot a few times, Phase 3 firmly claimed the start of May for the MCU. Captain America: Civil War in 2016 and Guardians of the Galaxy Vol. 2 in 2017 received the lucrative spots next. Marvel Studios altered its course slightly with Avengers: Infinity War in 2018 and Avengers: Endgame in 2019. Both movies debuted in the last weekend of April since other studios and movies already vacated the spot so as not to compete with the MCU’s two biggest movies. Still, Infinity War and Endgame dominated the beginning of May and performed stronger in their second weekends than most movies do in their first.

After multiple years in a row of a new MCU movie being in theaters in May, that streak came to an end in 2020. Black Widow‘s delay vacated the spot, and in 2021 Marvel experienced the second consecutive year without a May release. At one point there were plans to release Shang-Chi and the Legend of the Ten Rings and/or Doctor Strange in the Multiverse of Madness on May 7, 2021, but these never came to fruition. Instead, Marvel Studios has had to wait until 2022 to release a new movie in May and reassert its place as the true start of the summer movie season.

Related: Doctor Strange 2 Is A Good Sam Raimi Movie (Just A Shame About The MCU)

Why Doctor Strange 2 Released In May 2022

As Marvel Studios looks to reclaim the May box office crown in 2022, they’ve selected the Benedict Cumberbatch-starring Doctor Strange in the Multiverse of Madness to help them do it. The movie was originally scheduled to come out in November of 2021 before being pushed back (along with the rest of Marvel’s slate) into 2022, but during the summer. At one point, Thor: Love and Thunder was supposed to take the early May release slot, but ultimately Doctor Strange in the Multiverse of Madness was moved back up to claim it, and for good reason.

Most likely, Marvel’s choice to move Doctor Strange 2 into the May 6 date for 2022 reflects a desire to capitalize on the recent success of other multiverse-related projects, WandaVision and Spider-Man: No Way Home. The former marked one of the MCU’s first forays into Disney+ TV shows and centered on Wanda Maximoff’s abilities as a Nexus being, a key component of Marvel’s multiverse. Likewise, Spider-Man: No Way Home introduced the multiverse in full, with characters from previously-unrelated Spider-Man franchises joining the MCU for the span of the film. The popular success of WandaVision and No Way Home can probably be attributed to how they’ve complicated and blown open what the MCU looked like previously, and Doctor Strange in the Multiverse of Madness continues this trend in epic fashion.

Doctor Strange in the Multiverse of Madness is the perfect choice to take Marvel’s coveted May 2022 release window because it not only continues the stories of familiar MCU characters but also takes a mind-bending step into the MCU’s expansive future. With Marvel looking to reassert itself as a box office giant in the wake of the pandemic, a movie like Doctor Strange 2 which is bursting with cameos, gripping special effects, and significant story development from recent MCU successes seems like a no-brainer. This is especially important after Phase 4 struggled to find its footing with Black Widow, Shang-Chi, and Eternals.

Marvel’s chances to reclaim the May box office crown in 2022 with Doctor Strange in the Multiverse of Madness are quite high. The MCU blockbuster was the only major theatrical release for the first weekend of May, with only the premiere of Star Trek: Strange New Worlds on Paramount+ incentivizing viewers to stay home. While some smaller movies did release simultaneously, they were merely minor examples of counter-programming instead of actual competition for Marvel. This will likely give Marvel the full attention of moviegoers at the start of May and last for at least two weeks, with no major movies slated to compete with Doctor Strange 2‘s second weekend – and this shows in its $450 million global box office take from the opening weekend.


Cooper Hood is a news and feature writer for Screen Rant. He joined Screen Rant in late 2016 following a year-long stint with MCU Exchange, which came after first developing an MCU blog of his own. He graduated college in 2016 with a Bachelor’s degree in Media & Public Communication, with a minor in Media Production. Cooper’s love for movies began by watching Toy Story and Lion King on repeat as a child, but it wasn’t until The Avengers that he took an invested interest in movies and the filmmaking process, leading him to discover the world of film journalism. Every year Cooper looks forward to seeing the latest blockbusters from the likes of Marvel, DC, and Star Wars, but also loves the rush to catch up on Oscar films near the end of the year. When he isn’t writing about or watching new releases, Cooper is a fantasy football obsessive and looking to expand his Blu-Ray collection – because physical media is still king! Follow Cooper on Twitter @MovieCooper. 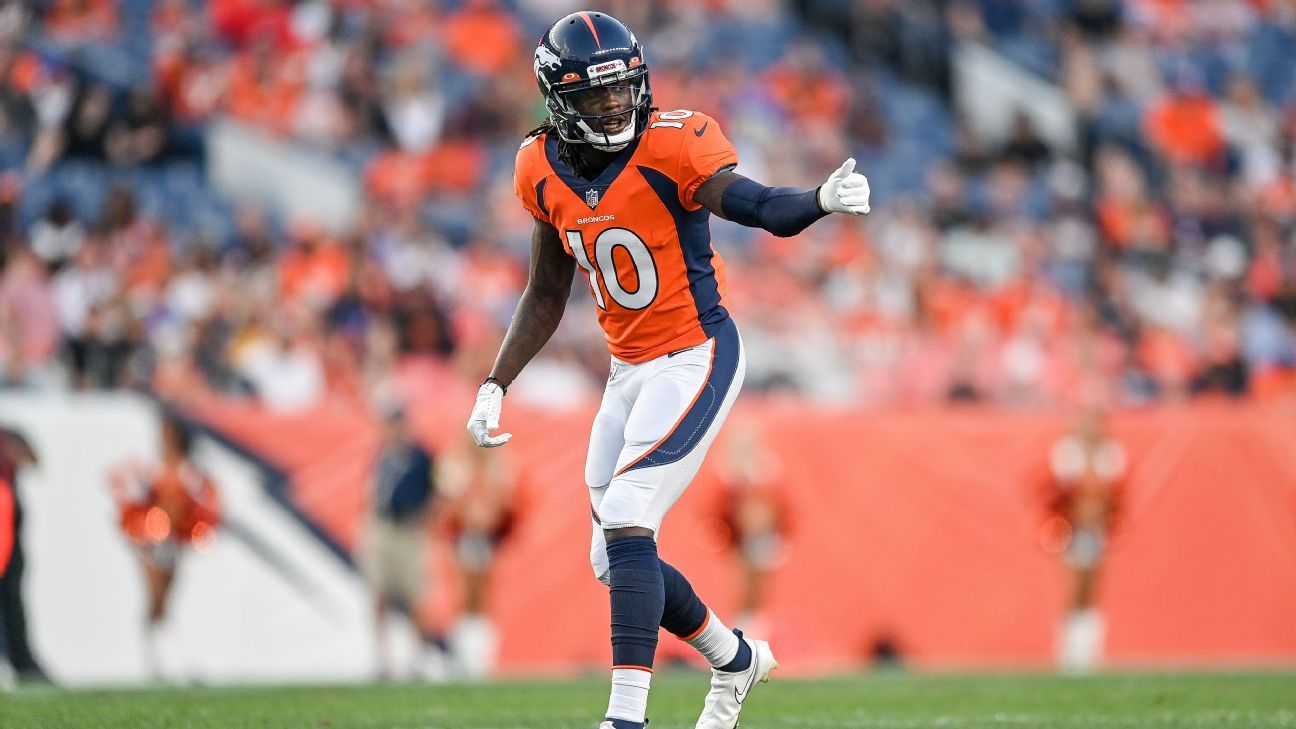 Two Sound Systems For One Wedding In A Subaru Outback? Why Yes You Can with John Young