What is Machine Learning?

Machine Learning is the science (and art) of programming computers so they can learn from data.

“Machine Learning is the field of study that gives computers the ability to learn without being explicitly programmed.” – Arthur Samuel, 1959

And a more engineering-oriented one:

“A computer program is said to learn from experience E with respect to some task T and some performance measure P, if its performance on T, as measured by P, improves with experience E.” – Tom Mitchell, 1997

For example, your spam filter is a Machine Learning program that can learn to flag spam given examples of spam emails (e.g., flagged by users) and examples of regular (non-spam, also called “ham”) emails. The examples that the system uses to learn are called the training set. Each training example is called a training instance (or sample). In this case, the task T is to flag spam for new emails, the experience E is the training data, and the performance measure P needs to be defined; for example, you can use the ratio of correctly classified emails. This particular performance measure is called accuracy and it is often used in classification tasks.

If you just download a copy of Wikipedia, your computer has a lot more data, but it is not suddenly better at any task. Thus, it is not Machine Learning.

Consider how you would write a spam filter using traditional programming techniques:

To summarize, Machine Learning is great for:

There are so many different types of Machine Learning systems that it is useful to classify them in broad categories based on:

These criteria are not exclusive; you can combine them in any way you like. For example, a state-of-the-art spam filter may learn on the fly using a deep neural net‐ work model trained using examples of spam and ham; this makes it an online, model based, supervised learning system. Let’s look at each of these criteria a bit more closely.

In supervised learning, the training data you feed to the algorithm includes the desired solutions, called labels.

A typical supervised learning task is classification. The spam filter is a good example of this: it is trained with many example emails along with their class (spam or ham), and it must learn how to classify new emails.

In unsupervised learning, as you might guess the data is unlabeled and the system tries to learn without a teacher.

For example, you have a lot of data about blog visitors. You may want to run a clustering algorithm to try to predict the group of similar readers. At no point do you tell the algorithm which group a visitor belongs. It finds the connection between similar readers without your help. For example, it might notice 40% of your visitors are male who loves the comic books and generally read about your blog in the evening, while 20% are young sci-fi lovers who visit during the weekends and so on. If you use a hierarchical clustering algorithm you can easily divide the sub-groups.

Some algorithms can deal with partially labeled training data, usually a lot of unlabeled data and a little bit labeled data. This is called semisupervised learning.

Some photo-hosting services such as Google Photos are a good example of this. Once you upload all your family photos to the service, it automatically recognizes that the same person A shown up in photos 1, 5, and 11, while another person B shows up in photos 2,5 and 7. This is unsupervised part of the algorithm clustering. Now all the systems need is for you to tell it who these people are. Just label on photo per person and it is able to name everyone in the photo which is useful for searching for photos.

Reinforcement Learning is a very different beast. The learning system called an agent in this context, can observe the environment, select and perform actions and get rewards in return or penalties in the form of the negative rewards. It must learn then by itself what is the best strategy called a policy, to get the most reward over time. A policy defines what action the agent should choose when it is in a given solution.

For example, many robots implement Reinforcement learning algorithms to learn how to walk. DeepMind’s AlphaGO program is also a good example of Reinforcement learning: it made the headlines in March 2016 when it beat the world champion Lee Sedol at the game of GO. It learned the winning policy by analyzing the millions of games and then playing many games against itself. Note the learning was turned off during the games against champion; AlphaGo was just applying the policy it just learned. 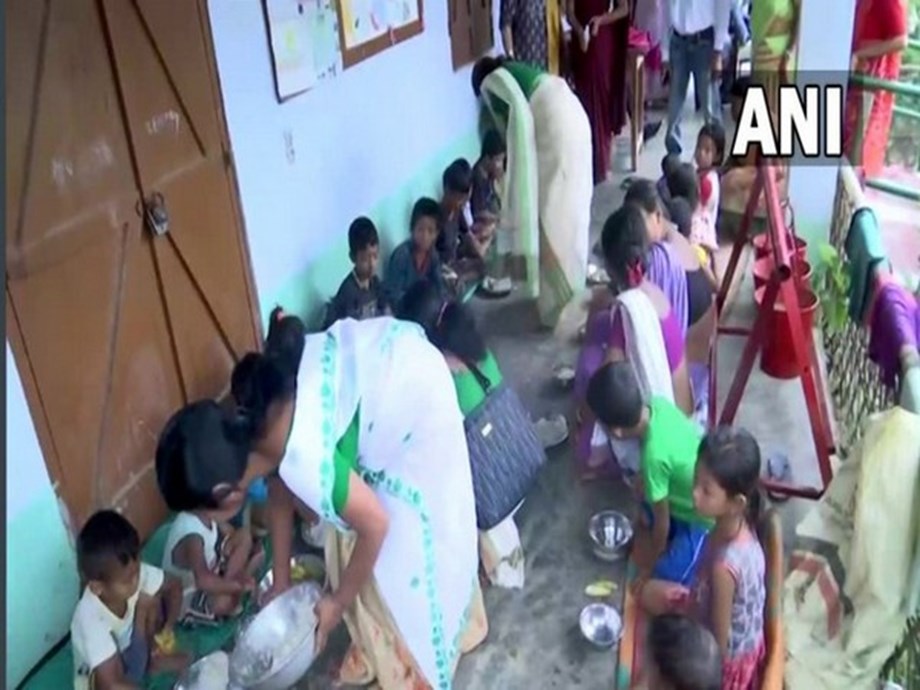