Uttar Pradesh’s State Environment Impact Assessment Authority (SEIAA) is not working to its full potential, a joint committee appointed by the National Green Tribunal (NGT) said after auditing the authority.

In the majority of cases, the time taken by SEIAA to grant environment clearances (EC) to projects was from 1 year to more than 4 years, according to the report released by the joint committee May 2, 2022. The possibility that construction activities in such cases begin without obtaining EC cannot be ruled out, the report added.

It noted that the SEIAA did not always adhere to the stepwise flowchart and timelines for issuing ECs.

There was also a dearth of institutional mechanisms for coordination with the state pollution control board (SPCB), municipal bodies, town planning and other enforcement agencies involved in sanctioning building construction projects at the local level, the report flagged.

The SEIAA had received applications for 2,105 projects from January 2017 to December 2021. These were processed and ECs were granted to 1,486 projects.

However, the present ground status of the remaining 619 projects was not known. “The possibility of the continuation or completion of such projects cannot be ruled out,” the report said.

Most projects under implementation in Uttar Pradesh from January 2017 to December 2021 were related to mining. They were followed by building construction projects.

The report came in the wake of an application filed before the NGT — Saviour Park Apartment Owners Association vs State of Uttar Pradesh & Others — which pertained to the violation of environmental norms in setting up of a construction project.

The application alleged that Saviour Park in Ghaziabad was being built by M/s Savfab Buildtech Pvt Ltd without a valid EC and requisite safeguards. It was further claimed that EC conditions and environmental norms were being violated.

The NGT August 13, 2021, directed a two-member committee to conduct functional audit of SEIAA, Uttar Pradesh to find out how such frequent blatant violations were taking place and how the situation could be remedied.

One of the members of the committee was from the Union Ministry of Environment, Forest and Climate Change (MoEF&CC). The other was from the Central Pollution Control Board.

An “appropriate standard operating procedure needed to be laid down by the MoEF&CC to deal with such ECs, which may be circulated to all SEIAAs,” the NGT order said.

This was not the first time the NGT has made such a statement.

Its order May 24, 2021 (Tanaji B. Gambhire v. Chief Secretary Government of Maharashtra) had stated that there was rampant and continuous violation of environmental norms in the completion of construction projects without valid ECs.

The order had added that the regulatory authorities had failed to prevent such violations from taking place. 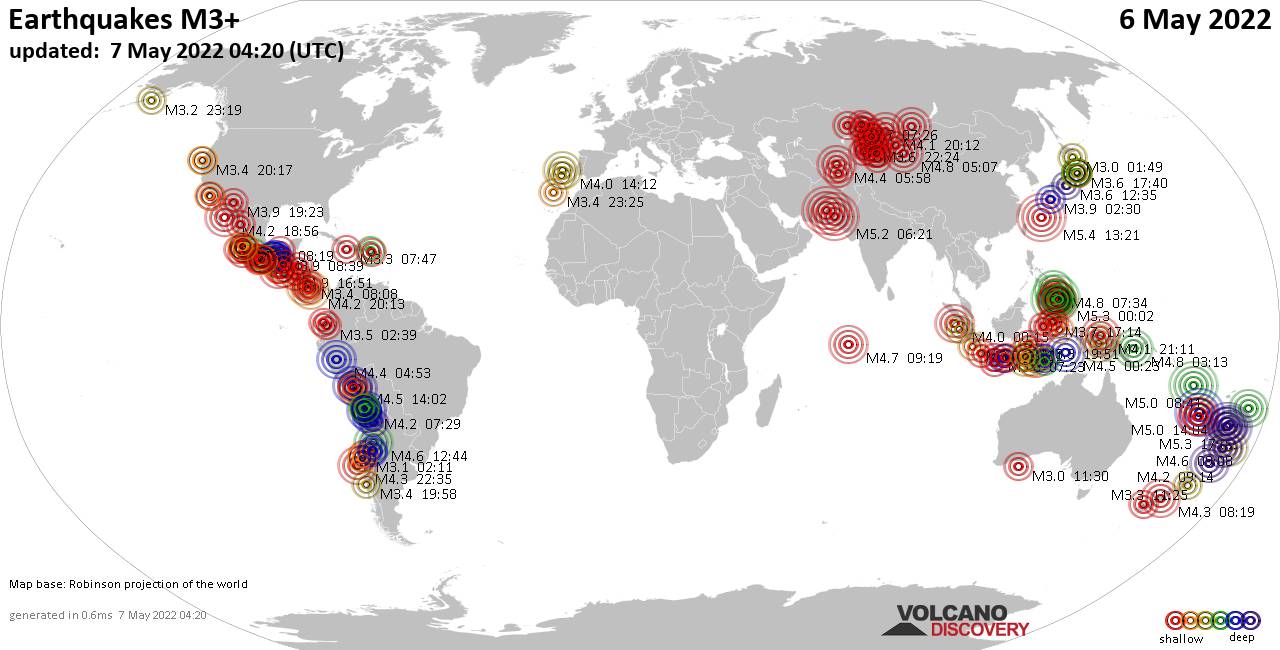 World Earthquake Report for Friday, 6 May 2022

UK digital markets regulator to be given statutory powers