The Icons: how the Omega Speedmaster became a legend

Welcome to The Icons, a series where we take a horological deep dive into the most legendary watches of all time. We’ll delve into the story behind the watch, its evolution over the years, famous (and infamous) wearers, the classic references, and the contemporary versions you should be checking out. This week, it’s the Omega Speedmaster.

Throughout the Icons series, I’ve put the spotlight on a wide range of historic watches with real horological importance, either as design objects or useful tools, and sometimes both. These legendary models are the stars in the firmament of the watch collecting hobby, but today, we look at a watch so iconic, it actually helped shape human history. I don’t think it’s possible to overstate the importance of the Omega Speedmaster. In fact, it’s such a significant timepiece, that as the first man on the moon, Neil Armstrong’s Speedy is part of the Smithsonian museum’s collection. Omega counts over 100 different references bearing the Speedmaster name among its current catalogue, such is its tentpole status. And that’s not even counting all the previous models and special editions that have gone before, and are now discontinued. Are they capitalizing on the Speedy’s history? You bet your bottom dollar they are, and why wouldn’t they? At this point, writing about the Speedmaster is a daunting task, with the challenge being not what to include, but what to leave out, so packed is its 65-year history. Many fine books penned by expert Speedmaster scholars have come before, so think of this as a brief overview for the uninitiated. T-minus countdown for liftoff.

If your awareness of the Omega Speedmaster consists of “NASA, NASA, moon, NASA”, it may surprise you to know that it was originally designed as a racing chronograph. And so it was in 1957 that Omega released the first Speedmaster (Ref. CK 2915) as one of three watches known as the “Trilogy”, which also included the Railmaster and Seamaster 300.

These three were known as Omega’s “Professional” watches, with the Seamaster being water-resistant to 200 metres, and the Railmaster able to resist magnetism of more than 1,000 gauss.

The O.G. Speedy distinguished itself by being the first chronograph with an engraved tachymeter scale on the bezel, as opposed to one printed on the dial. It had a 39mm case, flat, straight lugs (instead of the twisted “lyre” lugs we’re accustomed to in more recent Omegas), an acrylic Hesalite crystal, and some highly radioactive radium lume on the dial and hands (known as “broad arrow” hands, for reasons which should be apparent). Most legendary of all was its hand-wound Calibre 321 column wheel chronograph movement, revered by collectors, and once again in production for select modern Speedmasters.

The new Omega didn’t remain a racing watch for long, however. The Speedmaster gained acceptance among the aviation community, with airline and military pilots alike quickly adopting the Speedy. Introduced in 1959, the Ref. CK 2998 was worn by several pilots who purchased them as their personal watches, including test pilots and future astronauts. One such flight jock, Wally Schirra, was an original Mercury astronaut in the nascent days of NASA, and his Speedy became the “first Omega in space” in October of 1962. 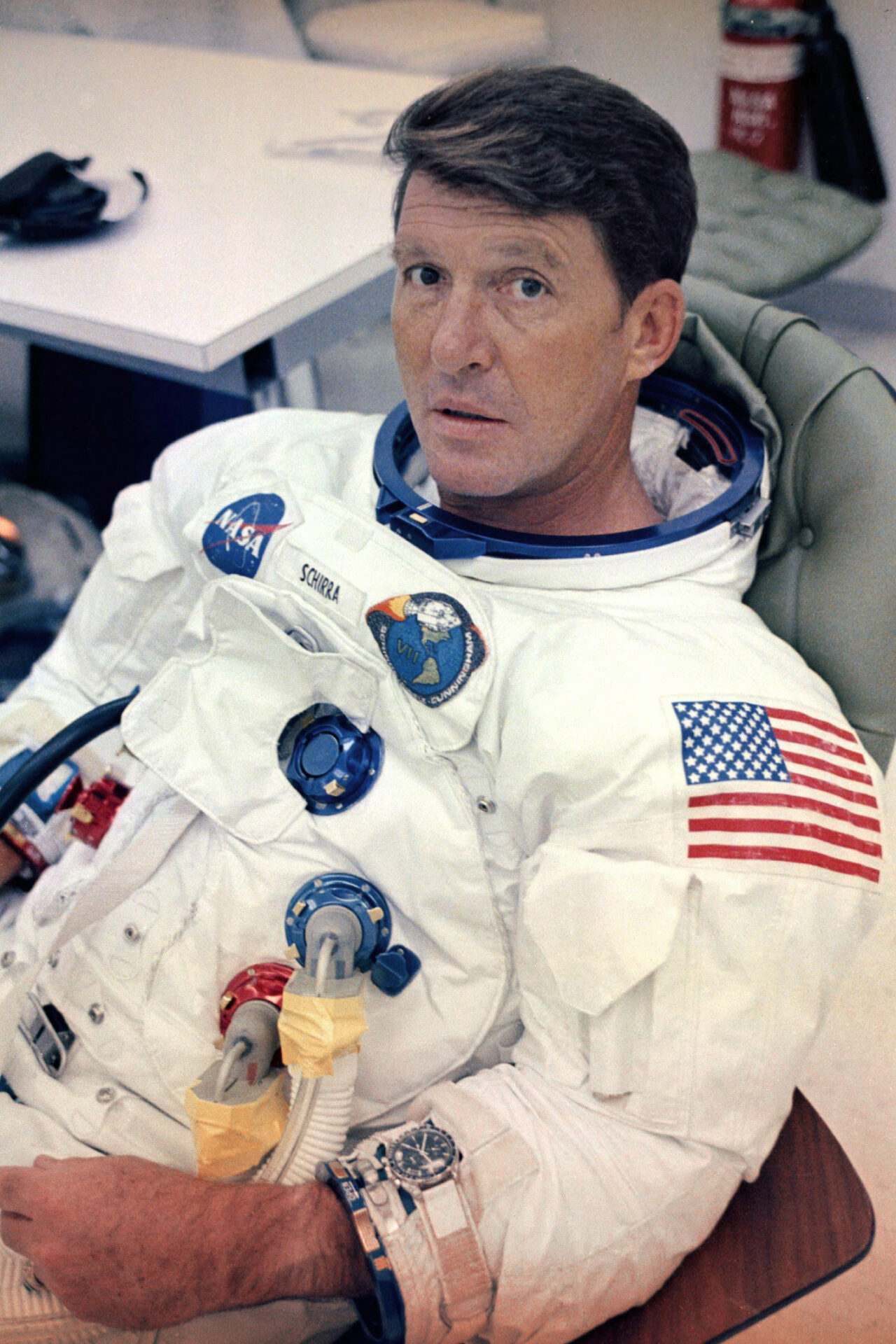 The CK 2998 introduced some incremental changes, including a new “Alpha” handset, and a bezel that now featured a painted black aluminium insert for improved visibility. 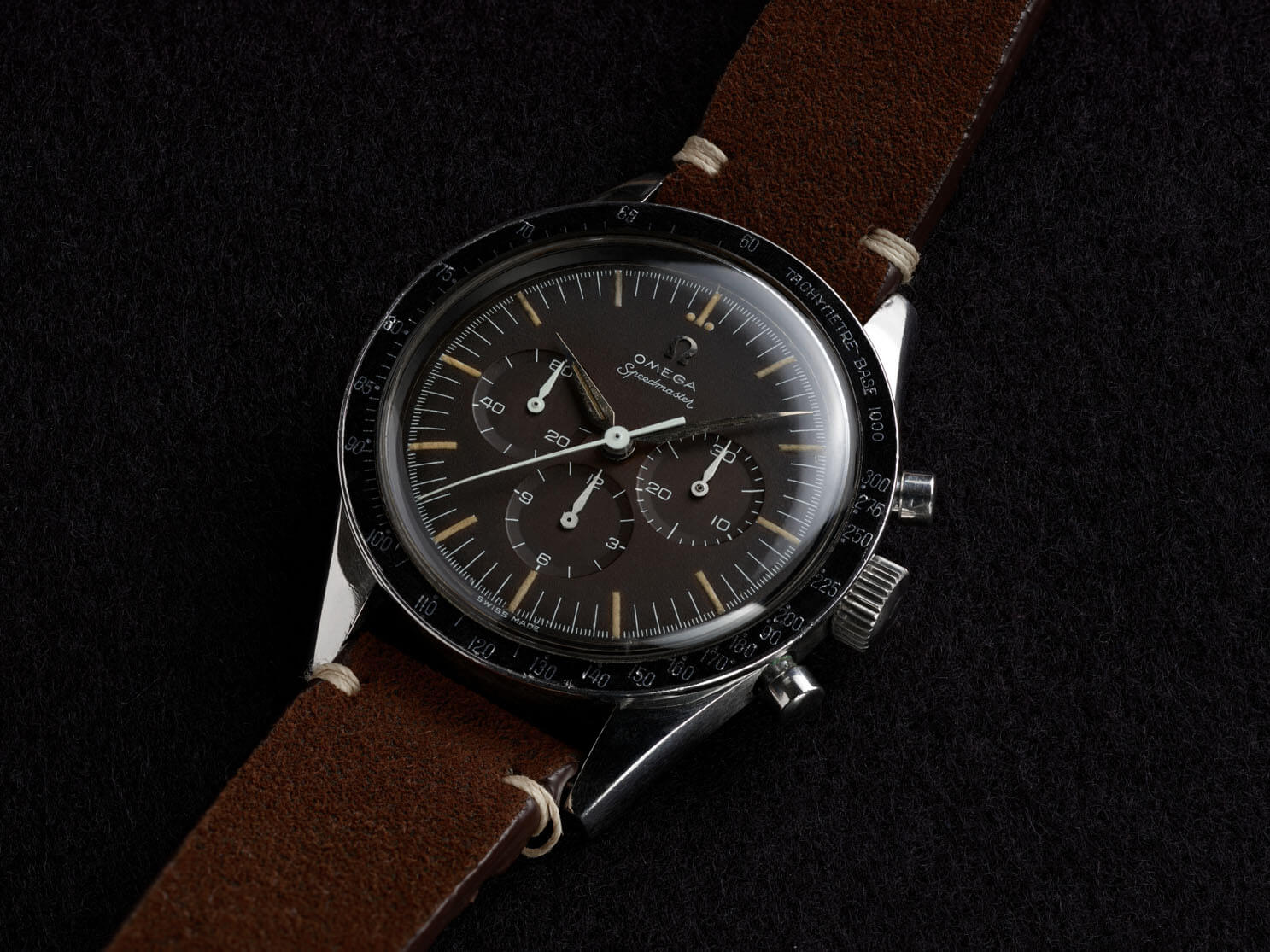 So when it came time for NASA to officially issue a chronograph to its pilots, Omega was a strong contender, besting the likes of Breitling, Rolex, Longines, and Hamilton. Hamilton was disqualified when they submitted a pocket watch for consideration, and during a series of arduous tests (for temperature, humidity, shock, pressure, and vibration, among other tortures), the Omega was the only chronograph that didn’t fail. By 1965, NASA had selected the Speedmaster over the Rolex and Longines test watches, noting that its accuracy remained within a 5 second margin throughout the trials. The Speedmaster became official issue for NASA’s astronauts at that point. And it was in this moment that a legend was born. 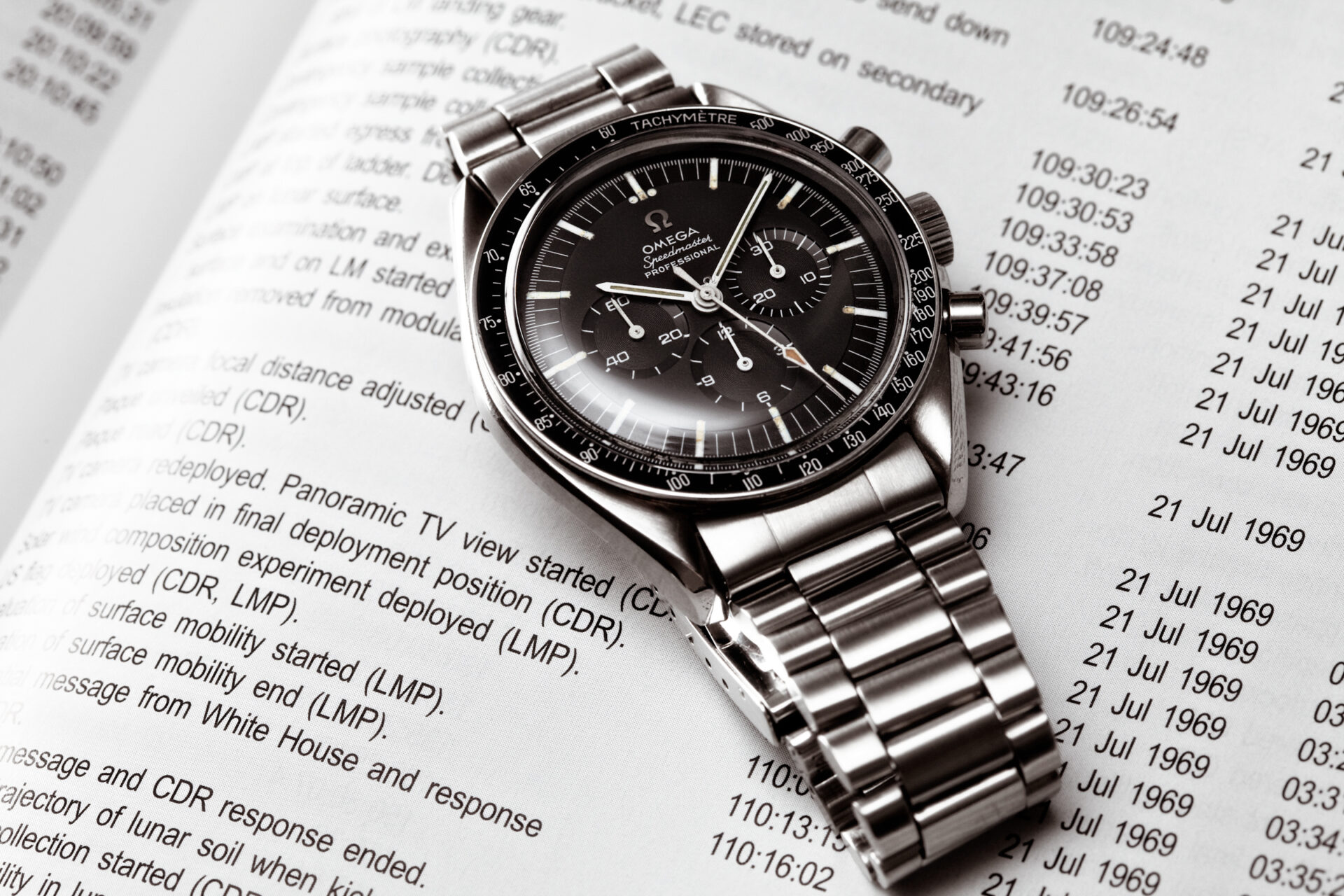 If the certification of the Speedmaster for spaceflight was the origin story of its legend, July 20th, 1969, was the apex of its dramatic arc. It was the day that the United States’ Apollo 11 mission landed man on the moon. And although Neil Armstrong set foot first on that momentous day, it was Buzz Aldrin who happened to be wearing his Speedmaster ST105.012, secured with a long Velcro strap outside his spacesuit. 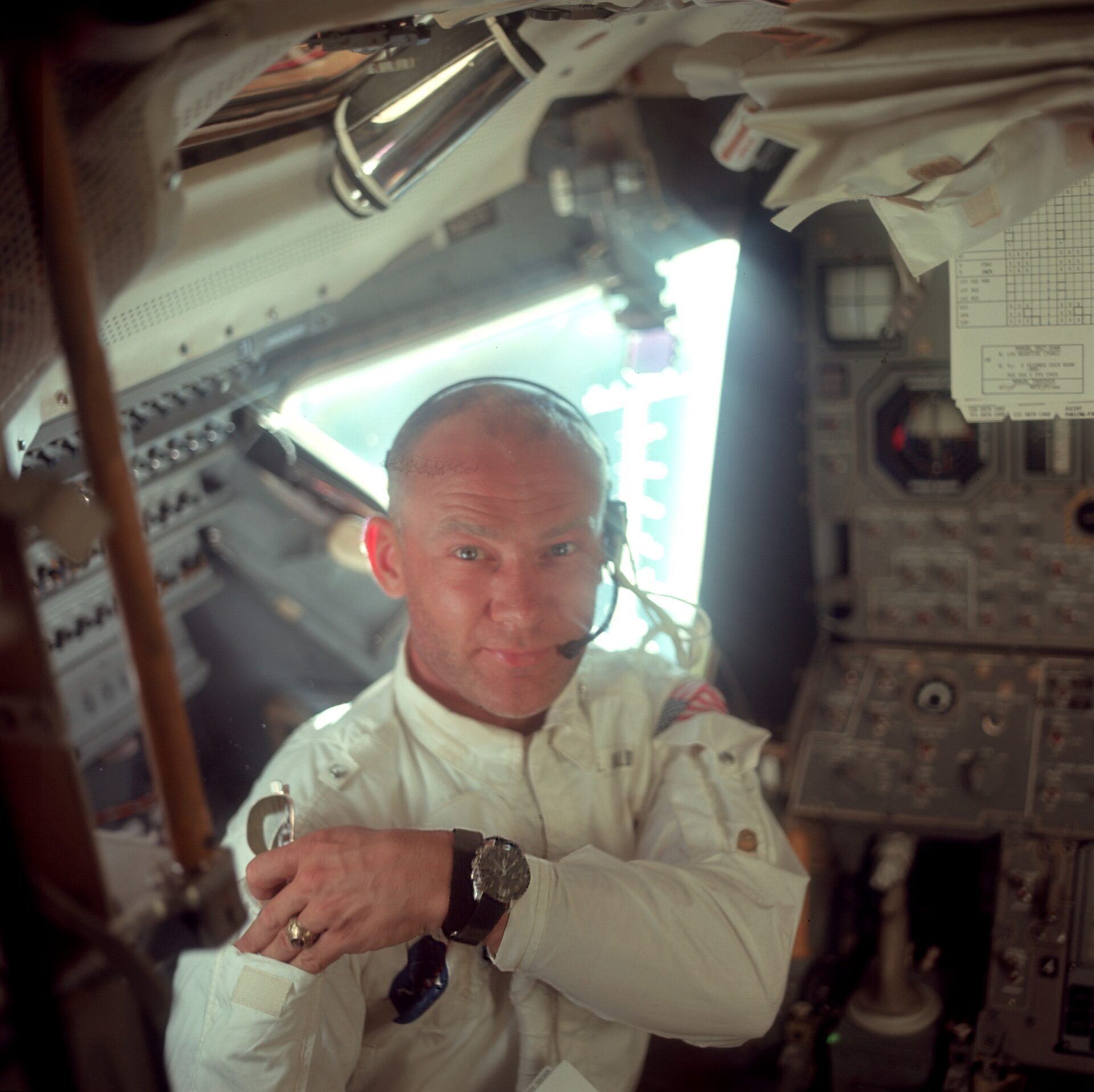 On that day the Moonwatch was born, and Omega’s biggest claim to fame etched itself into human history. 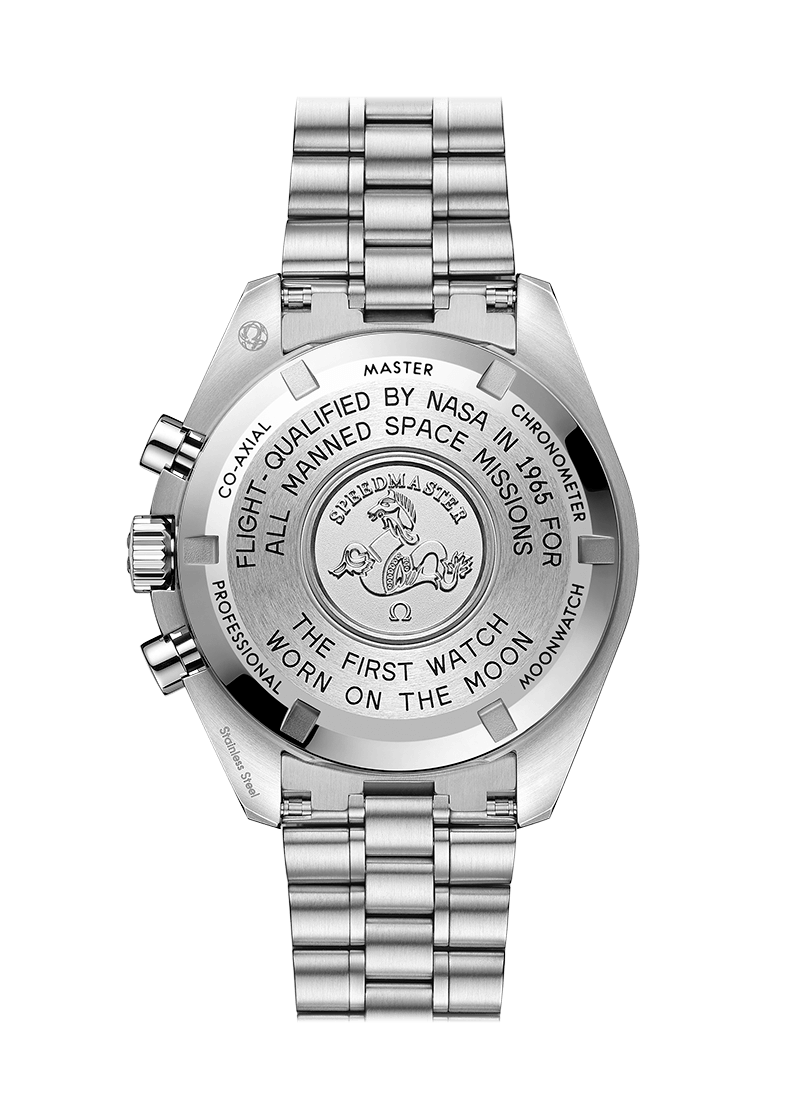 Omega has been trading on this heritage ever since, but it’s not the only larger-than-life moment for the Speedy. Apollo 13 was in big trouble during their 1970 mission. The capsule became disabled after an oxygen tank ruptured, and astronaut Jack Swigert used his Speedmaster to time the burn of the descent propulsion system that allowed the crew to safely return to earth.

The world held its breath during those tense three days when their return was far from certain, immortalized on film in Apollo 13 starring Tom Hanks. As a result, Omega was presented with the “Silver Snoopy Award” by the astronauts, for the watchmaker’s contribution to the mission. Since then, commemorative “Snoopy” limited-edition Speedmasters are extremely sought after by collectors. 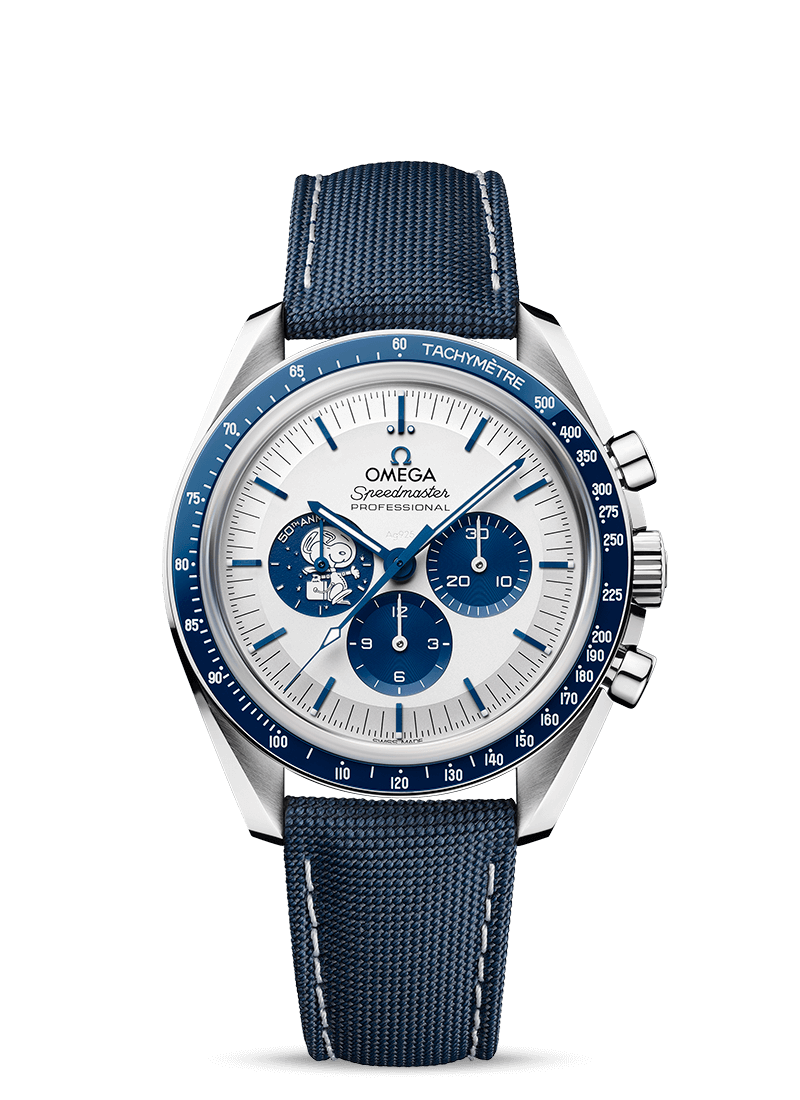 Another notable NASA-associated Omega was the 1969 “Alaska Project 1” prototype, the first titanium-cased wristwatch in history, designed to withstand the rigours of space travel. It featured a white dial to reflect the heat of the sun, distinctive red ‘Apollo’ subdial hands, and the massive anodised red aluminium thermal shield with its pusher extensions. Not a practical size for a daily driver, but it certainly stands out. 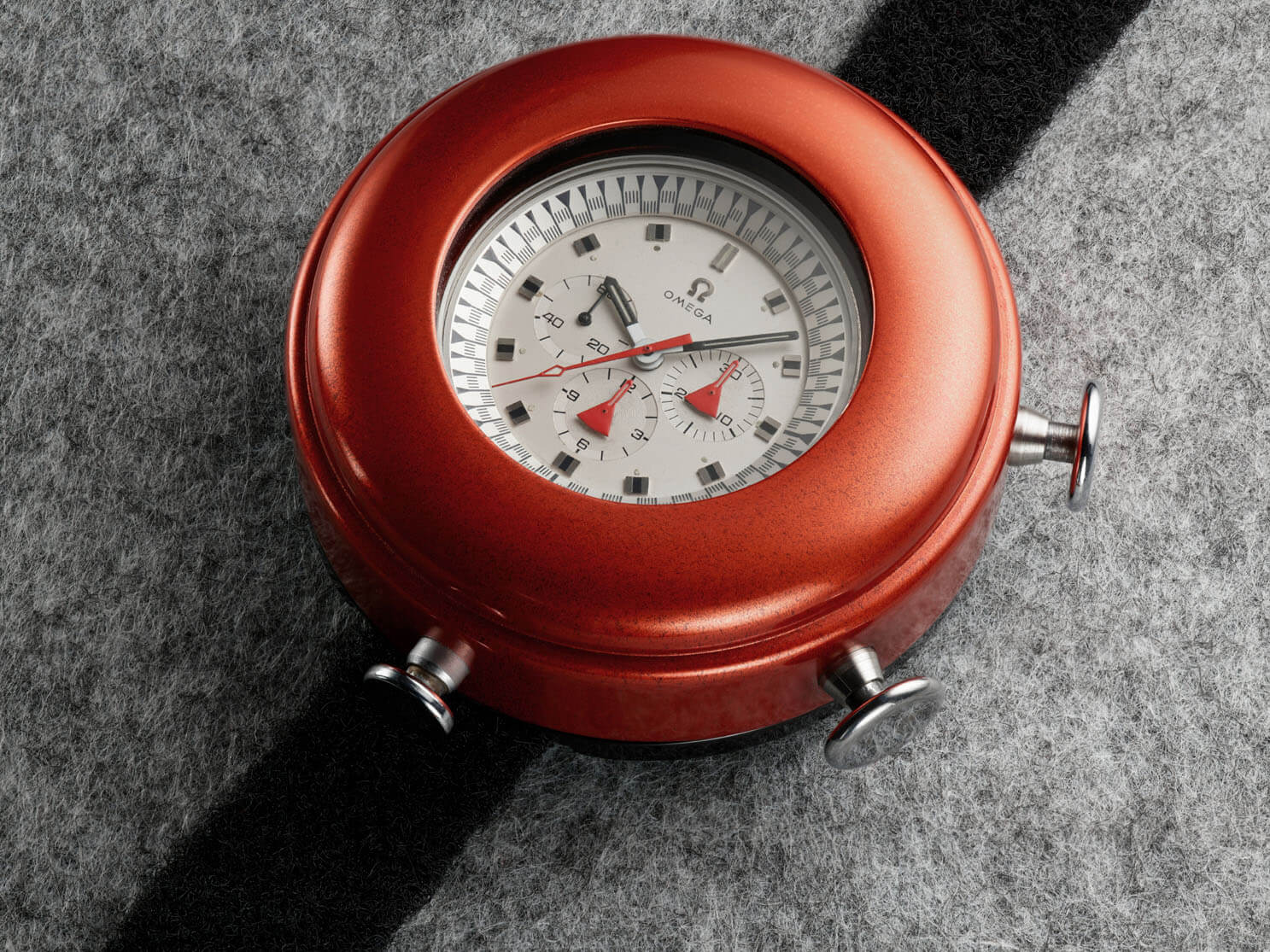 And lest you think that the Speedmaster lineup consists of only the Moonwatch and its descendents, there were a host of other variants produced throughout its history, including the ‘70s-tastic Mark series, with their racy ovoid or tonneau cases and automatic movement, and smaller-cased automatic Speedys, such as the Reduced and the colourful Racing versions, made famous by Formula 1 champion Michael Schumacher. 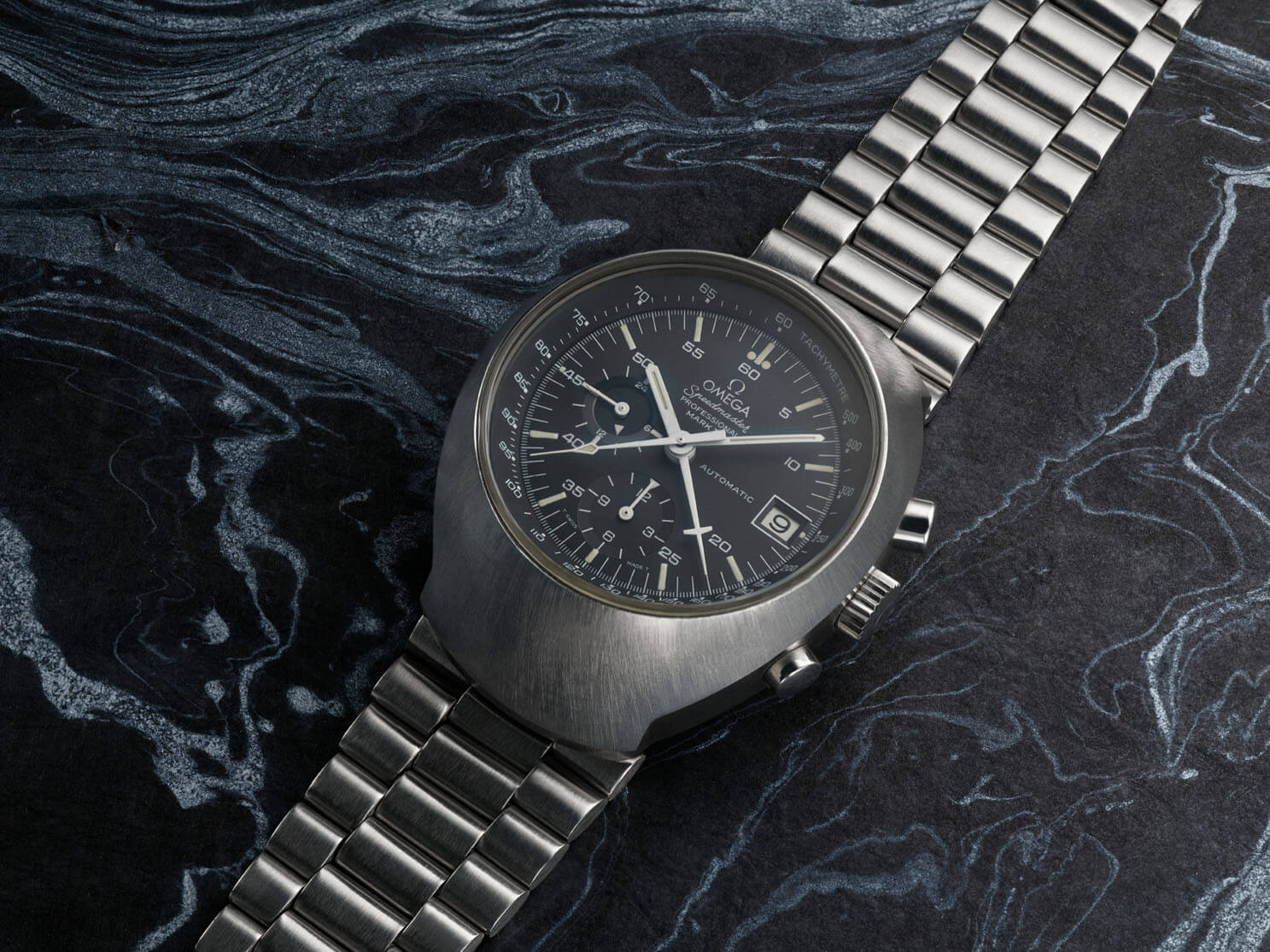 Special editions of the Speedmaster abound, and fandom is such that the watch now has its own day, #SpeedyTuesday, complete with its own limited edition, the Speedy Tuesday “Ultraman”. 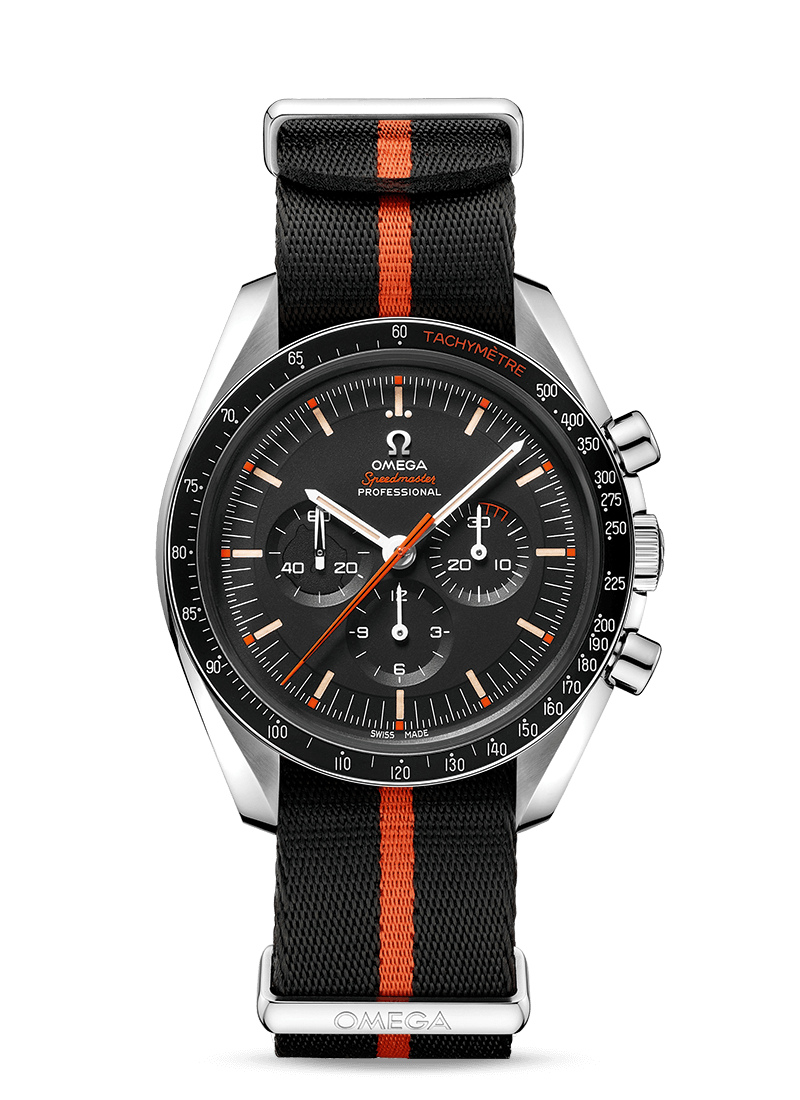 Earlier this year, fans got a fun surprise with the out-of-nowhere release of the Swatch/Omega collab MoonSwatch, a Bioceramic-cased quartz rendition of the Moonwatch, available in 11 colourways representing the planets and other celestial bodies. Needless to say, demand was off the charts, leading to long queues and eBay price gouging.

Clearly, the Speedmaster has left an indelible mark, not only on the world of horology, but world history itself. Its popularity shows no signs of abating, and I for one can’t wait to see what’s next for one of my all-time favourite watches. 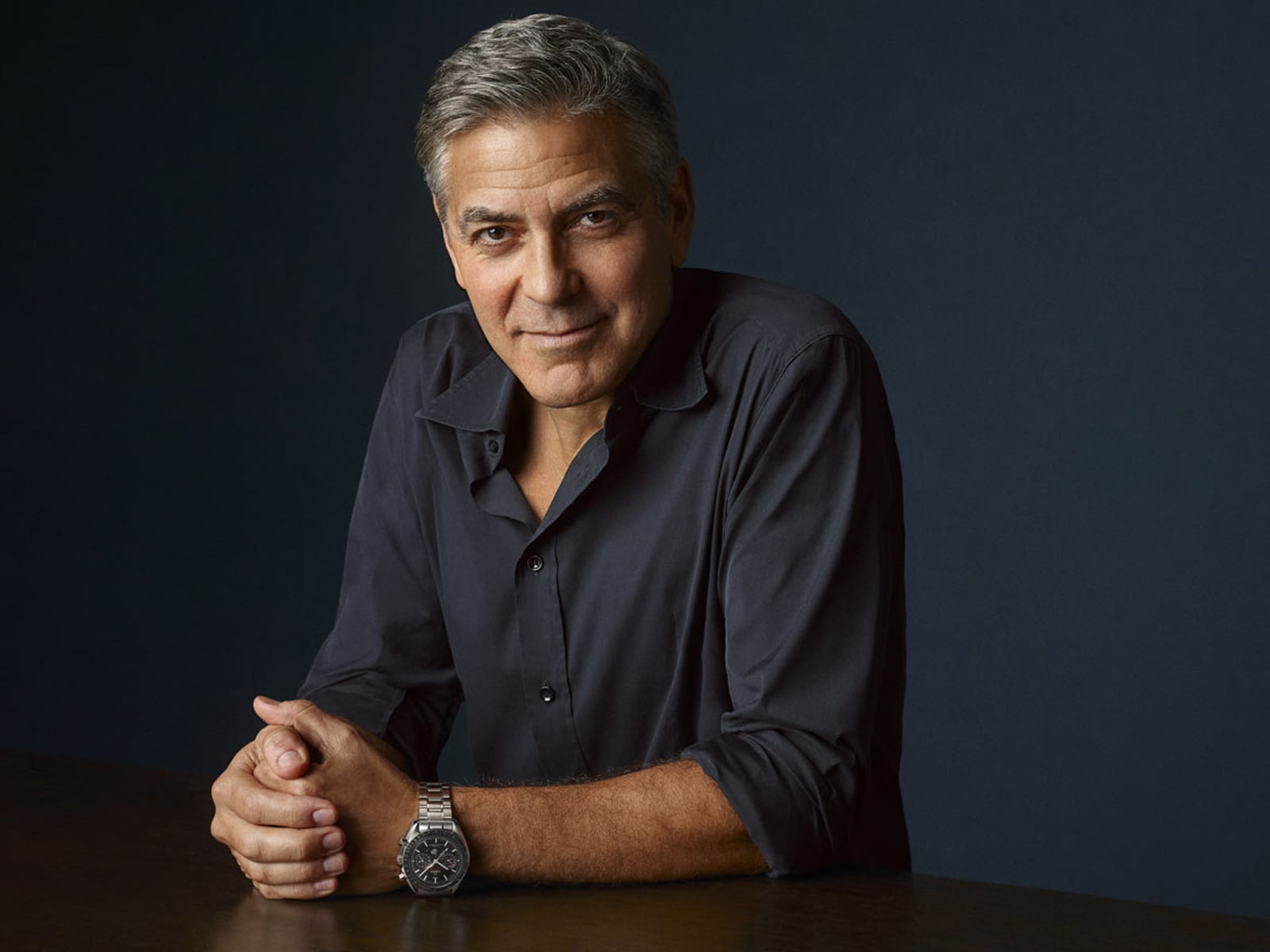 Hollywood A-lister George Clooney is an Omega ambassador, and besides being a friend of Buzz Aldrin’s, he’s a big fan of the Moonwatch.

Dire Straits frontman and guitar hero Mark Knopfler collects watches as well as vintage guitars, including multiple references of the Speedy. Here he rocks his gold version on black leather. 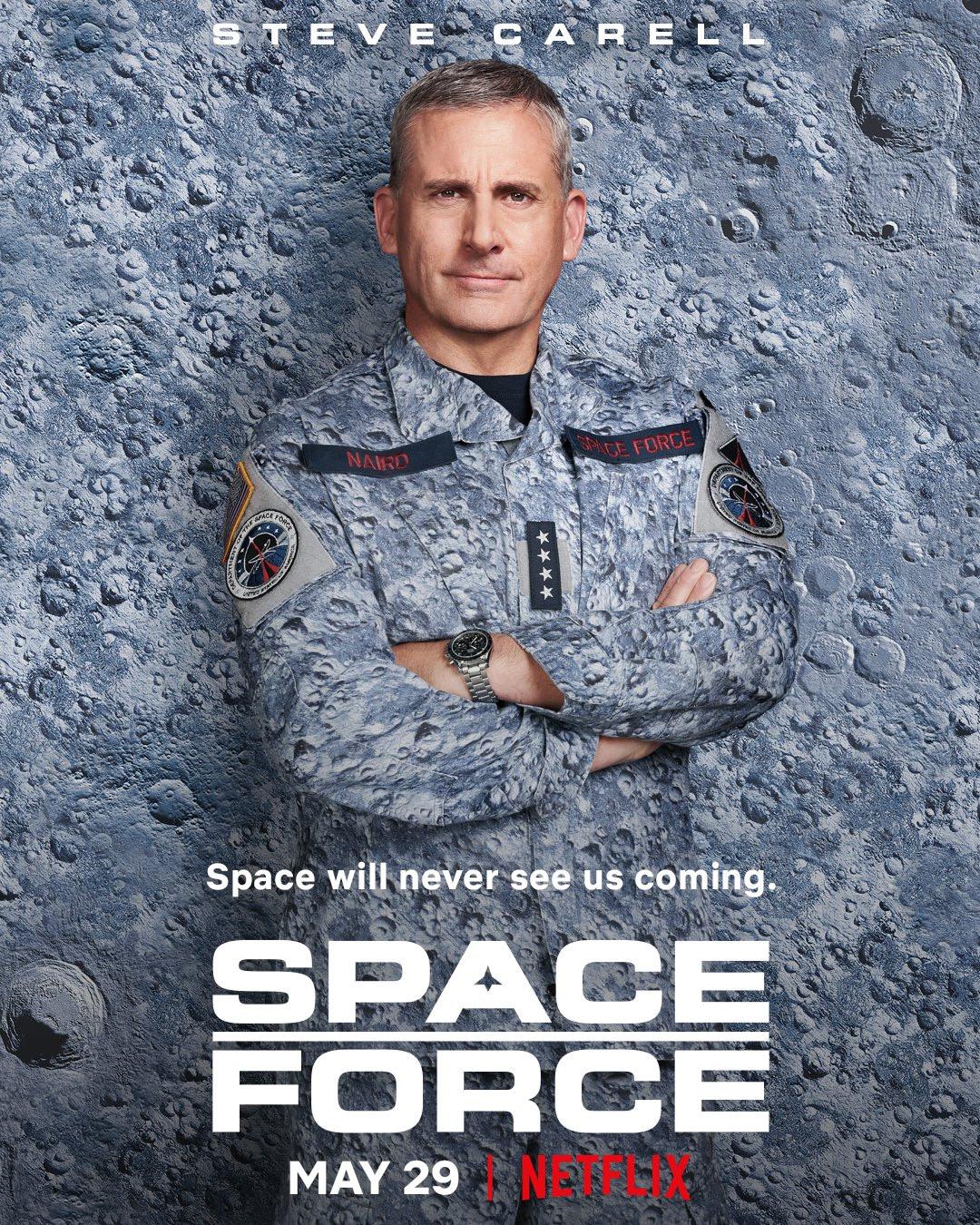 Fictional tool but real-life nice guy Steve Carell is legendary for playing the clueless Michael Scott in the American version of The Office, but proves he’s no fool when it comes to wristwear. Here he is wearing the Moonwatch as commander of Space Force in the Netflix series of the same name.

Any well-heeled watch buyer can acquire a Rolex Daytona if they crave a flexy chrono, but the Speedmaster is much more of an insider choice. Don’t get me wrong, there are plenty of flashy, high-value Speedy models to be had, but I think the dead-stock Moonwatch is a cornerstone of any well-rounded collection. Here are some of my favourites from the current catalogue. 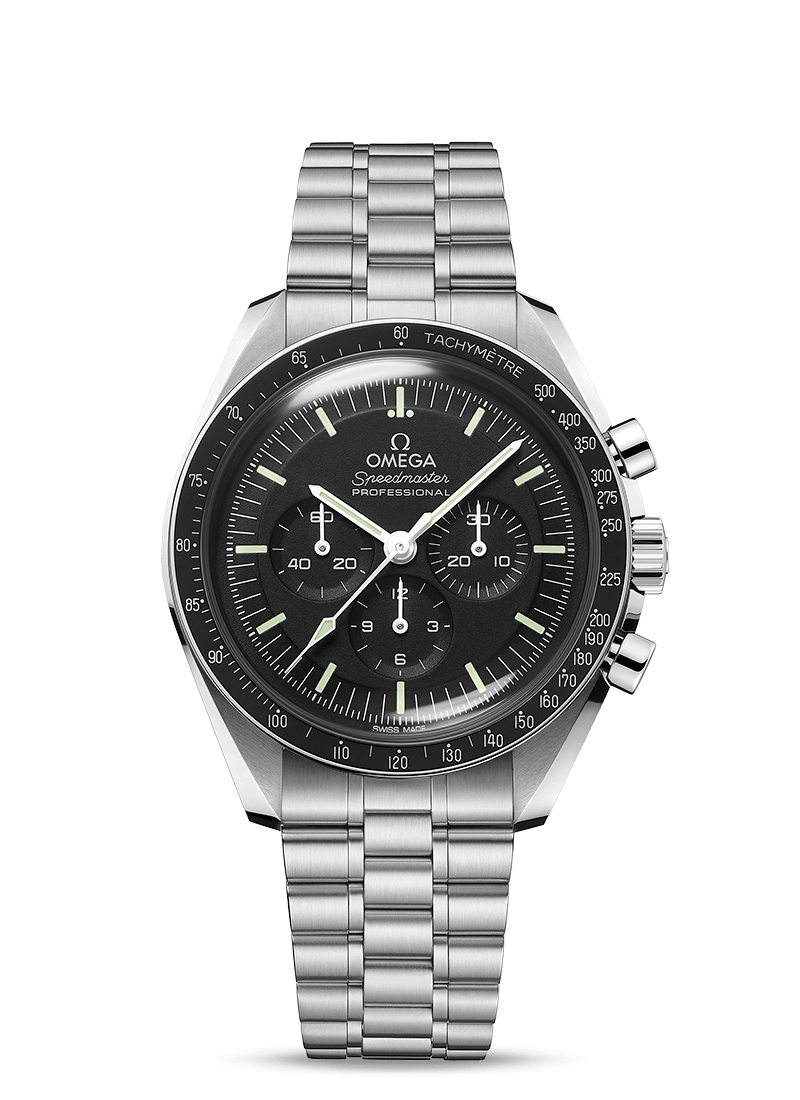 Here it is: the current Moonwatch, with the traditional Hesalite crystal and solid engraved “First Watch Worn On The Moon” caseback. What is updated is the 3861 Master Chronometer movement, with its co-axial escapement designed by the legendary George Daniels. The one to have when you’re only having one. 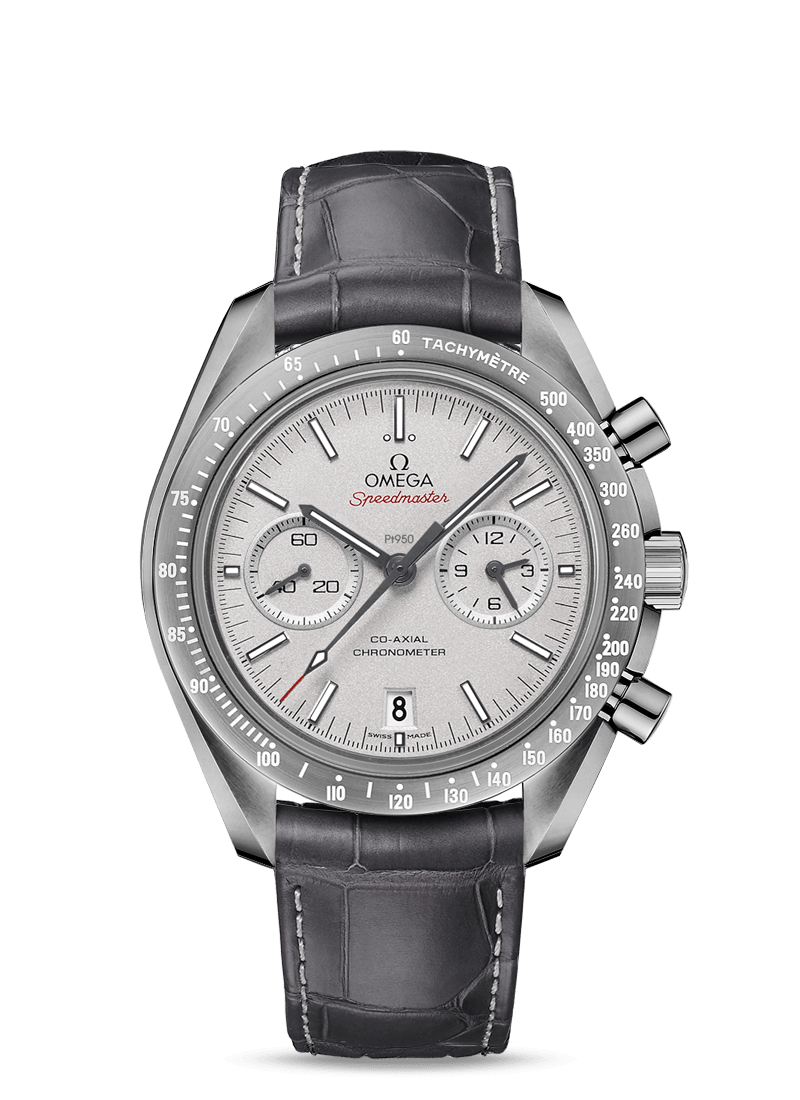 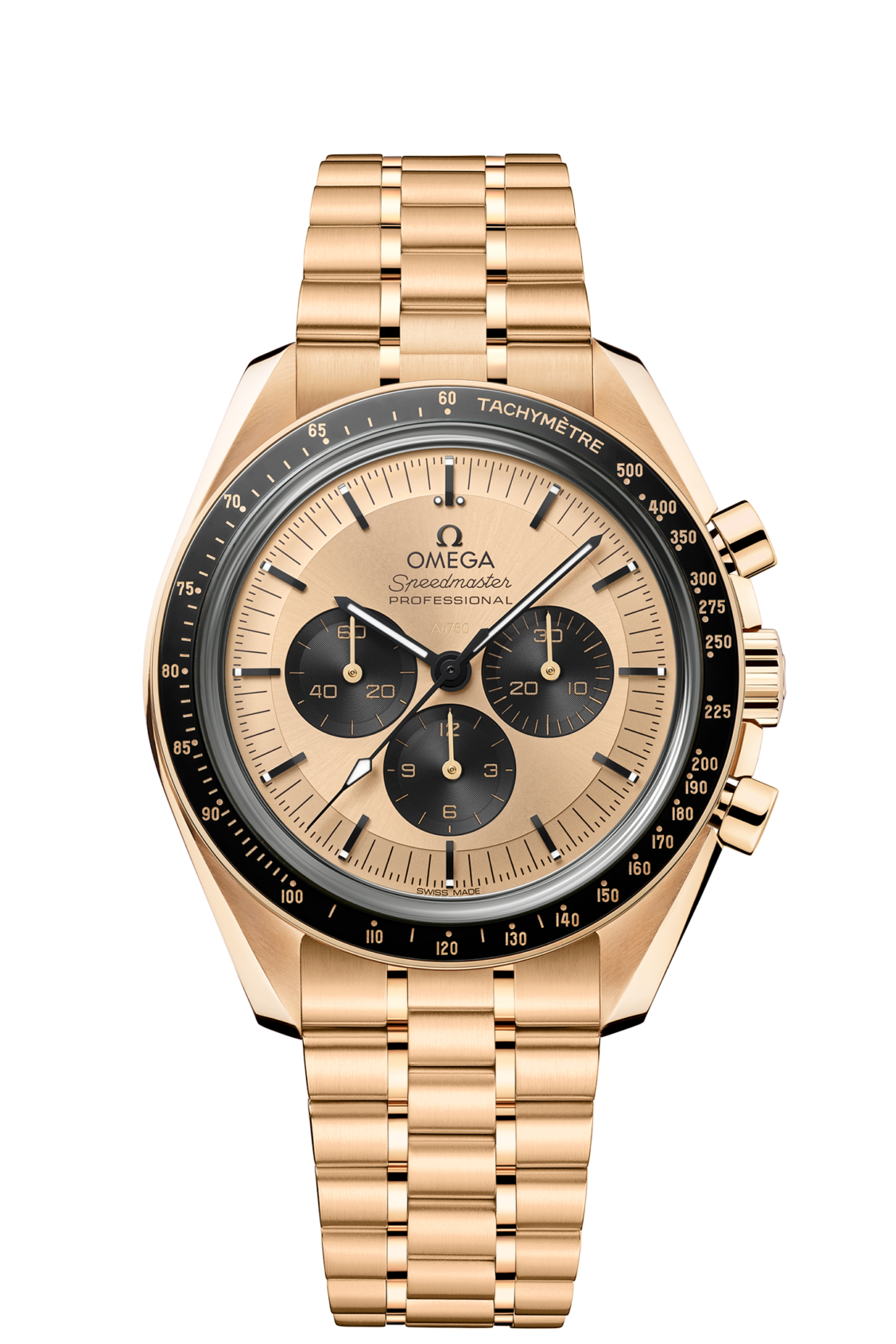 I almost went for the gold and burgundy 50th Anniversary Apollo 11 with this pick, but was put off by the fact that the original version wasn’t good enough for Dick Nixon (look it up). Really, why did he pick that moment to be virtuous and not, say, another moment? This Moonshine gold-on-gold panda version is such a baller piece, and more than up to the task of putting a modern Daytona to shame. It’s got a fantastic vintage look that recalls the livery of the old Lotus John Player Special F1 cars driven by Mario Andretti and Ayrton Senna, and it doesn’t get cooler than that. 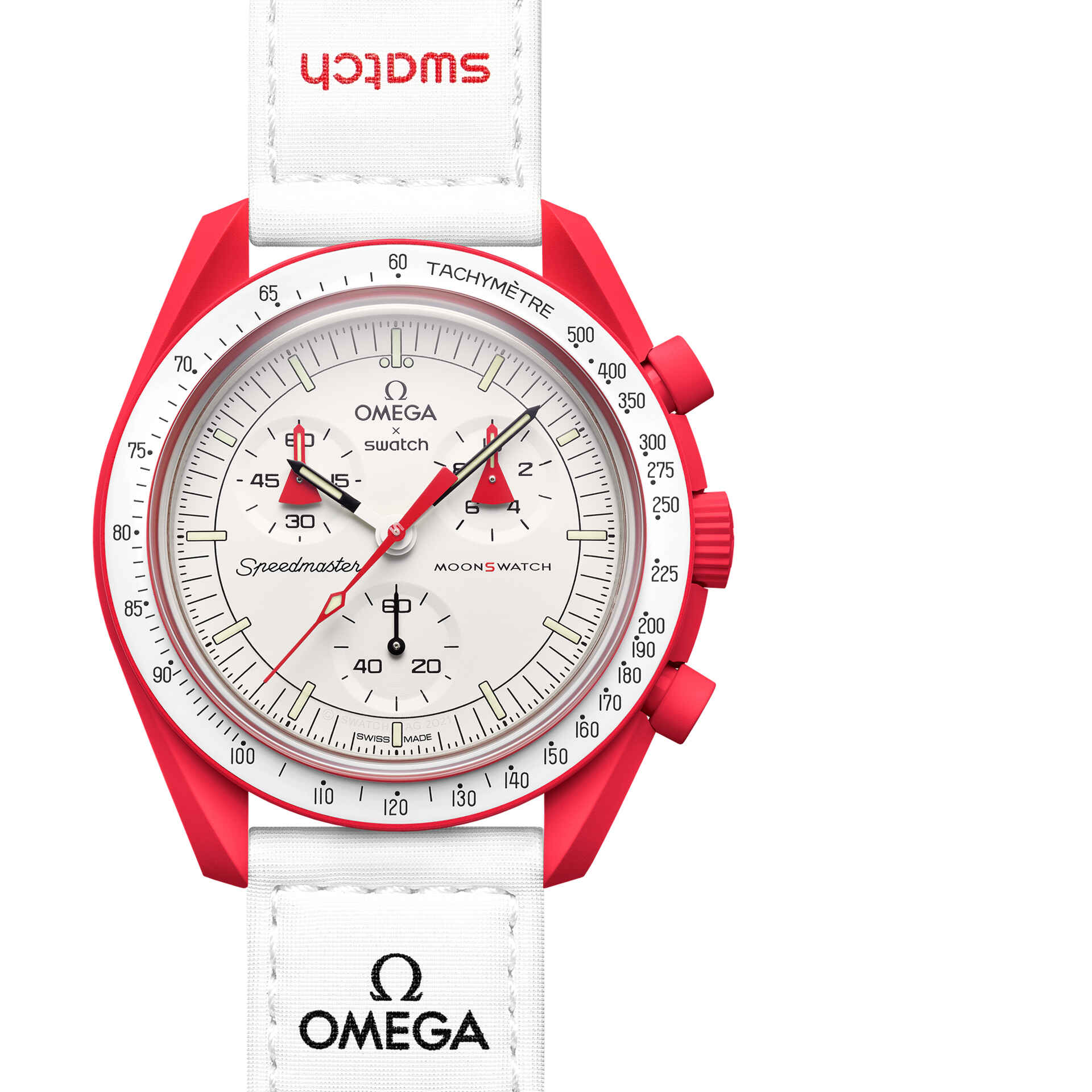 The MoonSwatch just had to make the list, with its colourful democratisation of the Moonwatch experience for a whole new audience. There hasn’t been buzz around a new watch like this in ages, and I kinda love that they dropped it at the perfect moment to upstage this year’s Watches & Wonders. Not that I’ve been able to lay my hands on one, but I’m leaning toward the Mercury, the Jupiter, the Pluto, or the Alaska Project-esque Mission To Mars. 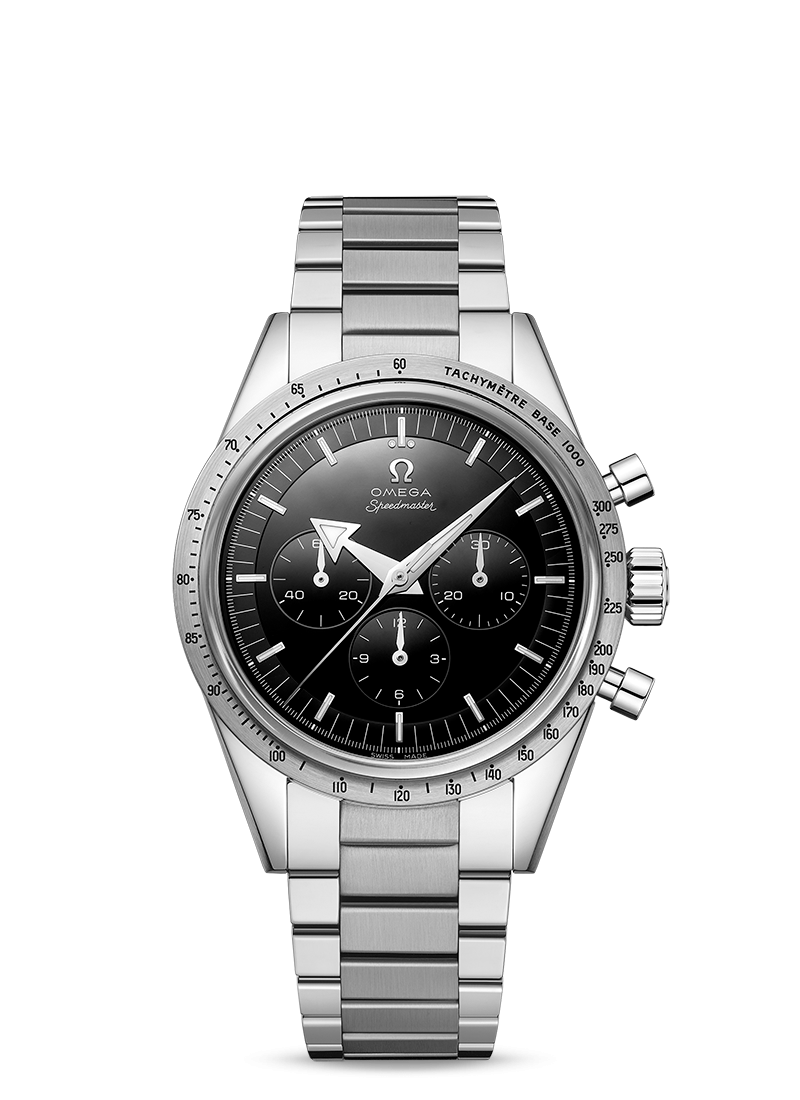 For the ultimate in stealth wealth, the 38.6mm Calibre 321 Chronograph in Canopus Gold flexes in the most discreet way possible. Its vintage size and countenance are supremely tasteful, and the born-again 321 movement is pitch-perfect, but the low-profile white gold chrono has a price tag that’s anything but humble: An eye-watering $81,000 USD. 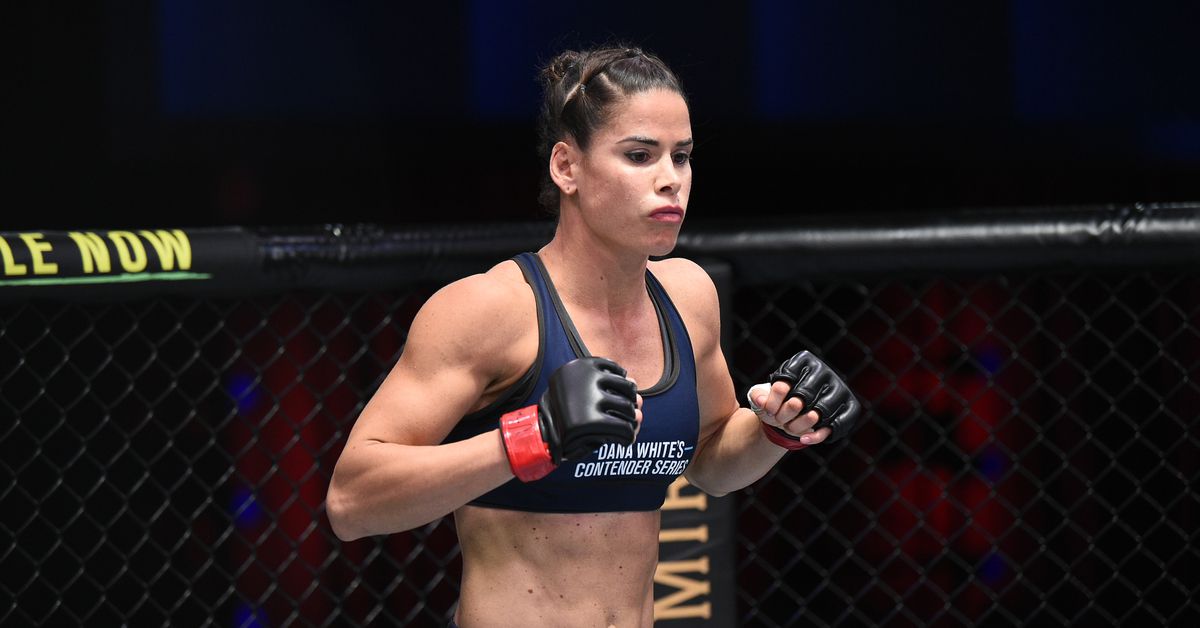 50 Cent Roasts Cameroon Rapper for Getting Botched Tattoo of Him