The arguments for – and against – climate change reparations


Climate change is forecast to cause at least $1tn (£870bn) worth of damage a year by 2050 by intensifying storms, floods, droughts, and other disasters by 2050.

Poorer, developing countries bear the brunt of the damage and there are now calls for wealthy nations to pay them reparations.

Reparations for climate damage are being discussed at a COP climate summit for the first time. Wealthy nations already provide finance to help poorer nations cut emissions and adapt to climate change but serious consideration to paying compensation for damage done has until now been off the table.

The notion of climate reparations, known at COP27 as ‘loss and damage’, is highly contentious because richer nations fear it could open the floodgates for enormous payouts – and at a time when governments are struggling with the cost of living crisis in their own countries. There is also the question of how willing voters would be to accept reparations, and how far politicians would be able to win them over.

Poorer countries tend to be harder hit by climate damage because, often, they are located in some of the hottest regions of the world or are close to sea level, and they have far less cash to spend on flood protection and other climate defences.

Such countries also bear very little responsibility for climate change in the first place, which has overwhelmingly been caused by the richer nations, which are generally less affected and better able to deal with it.

UN secretary-general Antonio Guterres told world leaders at COP27 in Eqypt that they must acknowledge the “harsh truth” that it was often not possible for poorer nations to adapt to the growing number of catastrophic events around the world.

As a result, they would need to be given money by richer nations to compensate for the damage and loss – of health, species, forests and even human life – caused by the climate change they created.

“The deadly impacts of climate change are here and now. Loss and damage can no longer be swept under the rug. It is a moral imperative,” he said, calling for concrete results on the issue at COP27.

“It is a fundamental question of international solidarity and climate justice. Those countries who can least resist the climate crisis are reaping the whirlwind sown by others.”

The US is historically the largest producer of greenhouse gas emissions – although China is currently the biggest – being responsible for 20 per cent of the world’s cumulative emissions since 1850, according to the Carbon Brief website.

China is second, with 11 per cent, followed by Russia (7 per cent). Germany is 6th at 4 per cent and the UK is eighth at 3 per cent. The entire continent of Africa, meanwhile, has contributed less than 3 per cent.

Although finance has been a major issue at the annual COP meeting for some years, natural disasters such as flooding in Pakistan and Nigeria, and record-breaking heatwaves in India, have underlined just how costly global warming will be.

The floods which submerged a third of Pakistan, for example, have cost at estimated $40bn in damage to buildings, infrastructure and crops.

In that case, climate change exacerbated the flooding by increasing the intensity of rainfall by an estimated 50 to 75 per cent, according to World Weather Attribution (WWA), an international collaboration of climate scientists including researchers from Imperial College London.

Separately, the Pacific island of Vanuatu is facing rising sea levels, storms and droughts that it says will cost nearly $178m to deal with.

Depending on the extent of global efforts to mitigate and adapt to climate change, loss and damage from climate change that goes beyond costs of adaptation could cost developing countries a total of between $290-580bn in 2030 and reach $1-1.8trn in 2050, according to an analysis by the Basque Centre for Climate Change (BC3) in Leioa, Spain.

As a result, the annual COP is going to be different this year, with developing nations shouting “enough”.

But with richer nations unlikely to consider claims for reparations sympathetically, at least as an initial reaction, talks are likely to be protracted and arduous, experts say, with a significant deal unlikely during this COP – although a decent start can be made, they say.

However, while many climate change campaigners are keen to too compensation paid to poorer nations, they face an uphill battle.

Politicians are well aware that if they agree to such payments, they will have to persuade their electorates that they are right to do so.

Even in countries such as the UK, which has pushed to get climate change tackled, there are powerful climate sceptic lobbies to be overcome. Nor do groups have to be sceptical about whether climate change is man made – there are a range of views on how it should be dealt with and spending vast sums of taxpayers’ money is often regarded as a step too far.

But if the world is to have any chance of negotiating meaningful, co-ordinated, action to deal with climate change, the richer nations have to regain the trust of developing countries through loss and damage funding, advocates argue.

Furthermore, there is a moral imperative as the developed world caused problems that the developing world simply cannot afford to tackle, they say.

“Already at 1.1C of warming, we are living in an era of unmanageable loss and damage. We on the frontlines are paying the price for decades of wholly insufficient action by those most responsible for the dangerous state of our climate,” said Conrod Hunte, Lead Climate Change Negotiator for the Alliance of Small Island States, a group of 39 low-lying nations that includes the Maldives, Barbados, Haiti and Vanuatu.

“We are here only days after Hurricane Lisa launched its attack on Belize and only weeks after Hurricane Ian ravaged Cuba; months after biblical flooding in Pakistan and displacement in Nigeria from storm surge made worse by sea level rise – the era of loss and damage is upon us, and we have no choice, we cannot pretend it is not here.”

Commenting on news that loss and damage funding has been added to COP27 agenda, Teresa Anderson, Global Lead for Climate Justice at ActionAid, said: “News that funding for countries being ravaged by climate change will be firmly on the agenda sends an important message that loss and damage is a huge issue that isn’t going away.

“Richer nations can no longer ignore the plight of millions of people losing their lives and livelihoods to climate change. It’s unbelievable that as it stands communities like those in Pakistan being impacted by extreme flooding can’t access any UN funding to rebuild and recover. This COP27, governments must finally agree to setting up a financing facility to address loss and damage and give hope to those living through the reality of climate change every day.” 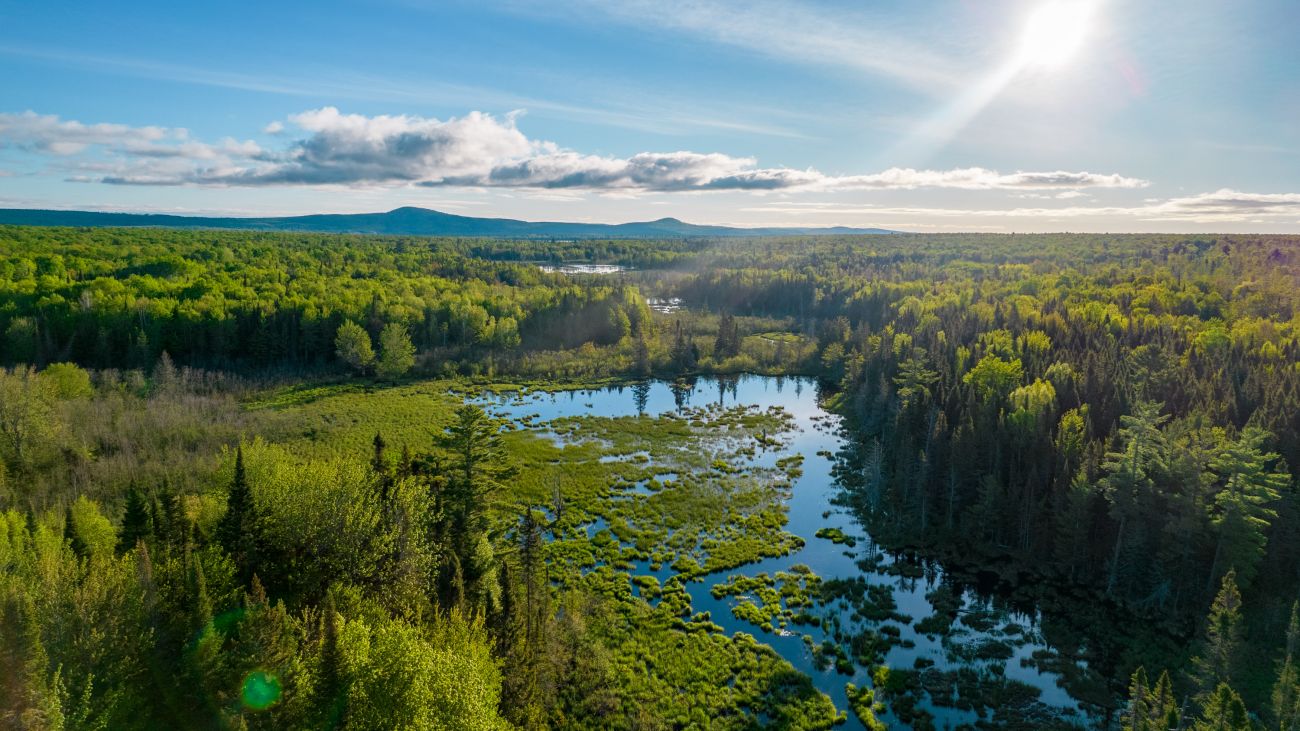 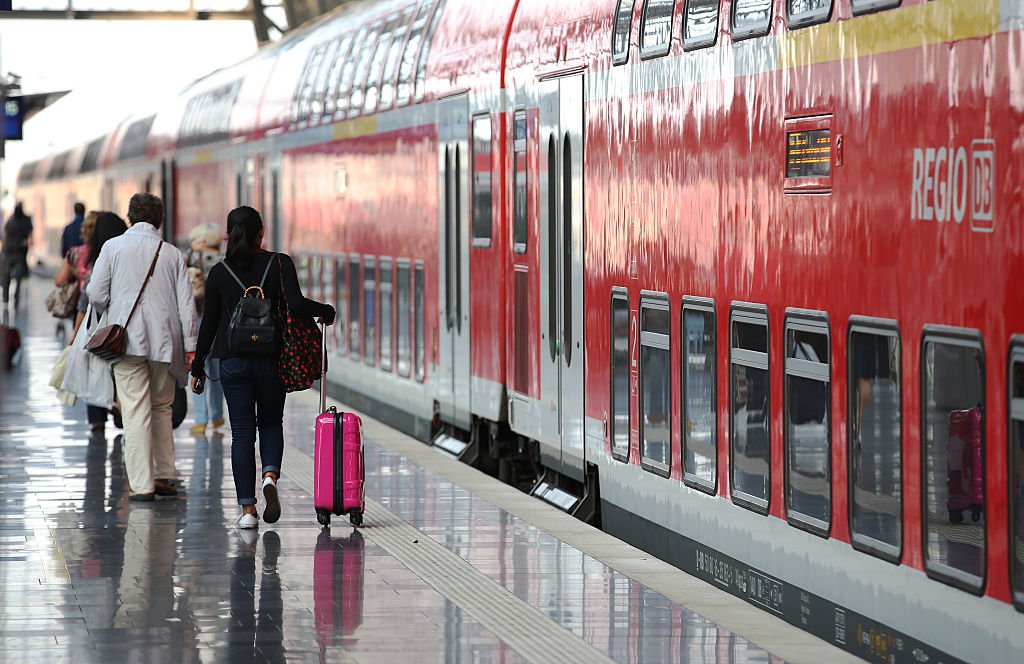 Germany's €49 train pass is the latest European scheme for cheap travel, but can the UK follow?