The BMW iX M60 is the second electric car tuned by the iconic BMW Motorsport division. Following in the steps of the i4 M50, the BMW iX M60 is – for now – the top electric vehicle from Munich. To promote the performance and agility of the iX M60, BMW invited us to Berlin, Germany, to spend a couple of days with the M-tuned electric crossover. Until recently, the BMW iX xDrive50 was the only iX variant on sale in America, but soon customers will have another choice. 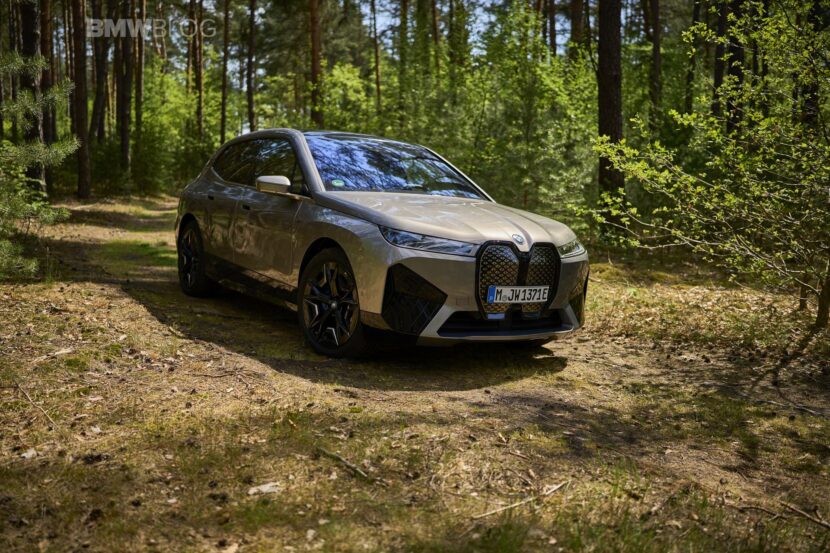 At $106,095, the BMW iX M60 is significantly more expensive than the iX xDrive50 – $83,200. But what do you get for your extra money? In terms of options, Adaptive Air Suspension is standard on the iX M60, while it’s an optional extra on the xDrive50. The BMW iX M60 also gets 21″ wheels as-standard. Gesture Control and the Bowers & Wilkins surround sound system are also standard kit on the M60 but not on the xDrive50.

What you’re getting for your extra money, in the iX M60, is added power and performance. Both cars use dual electric motors, one at each axle, powered by the same battery pack, but the iX M60 is far more powerful. The standard BMW iX xDrive50 makes 516 horsepower and 564 lb-ft of torque, while the more expensive M60 makes 610 horsepower and 811 lb-ft of torque. If you run the iX M60 in the Personal and Efficiency driving modes, the power delivery is reduced to a maximum of 532 hp (397 k) and 749 lb-ft (1,015 Nm). According to BMW, the iX xDrive50 takes 4.4 seconds to get from 0-60 mph, which is downright leisurely compared to the M60’s time of 3.6 seconds. So if it’s speed you’re after, the BMW iX M60 delivers it like a proper M car.

More Power To The Rear 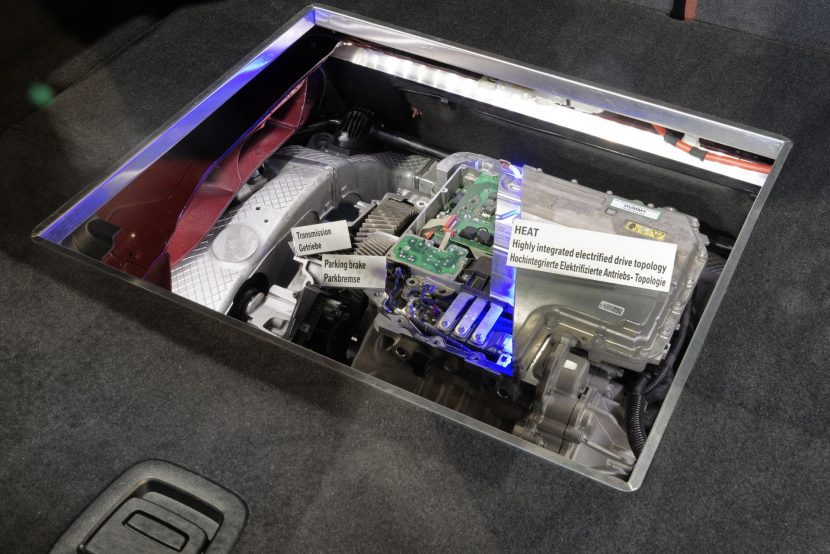 But how did BMW manage to squeeze more power out of its fifth-generation eDrive? The answer is quite simple: by sending more electrons from battery to the rear wheels. While on paper that might sound easy, the reality is different. On the BMW iX M60, the M engineers focused mostly on the performance of the rear motor which is 0.8 inches longer (20 mm) than on the iX xDrive50. Thus, there is more copper in the rotor for the extra electrons.

Next area of power improvement came from the inverter. The motors in the iX 50 operate at a maximum of 600 amps, but the double-inverter in the iX M60 allows maximum amperage up to 1200. The result is a rear motor which delivers 483 horsepower and 479 lb-ft in sport mode with launch control. BMW engineers told me that the front/rear bias moved from 46/54 (iX 50) to 36/64 in the iX M60. Top speed gets a bump also in the M-tuned iX, from 124 to 155 mph (with optional high-performance tires) or 130 mph on all-seasons. The maximum torque is rated at 15,400 rpm. 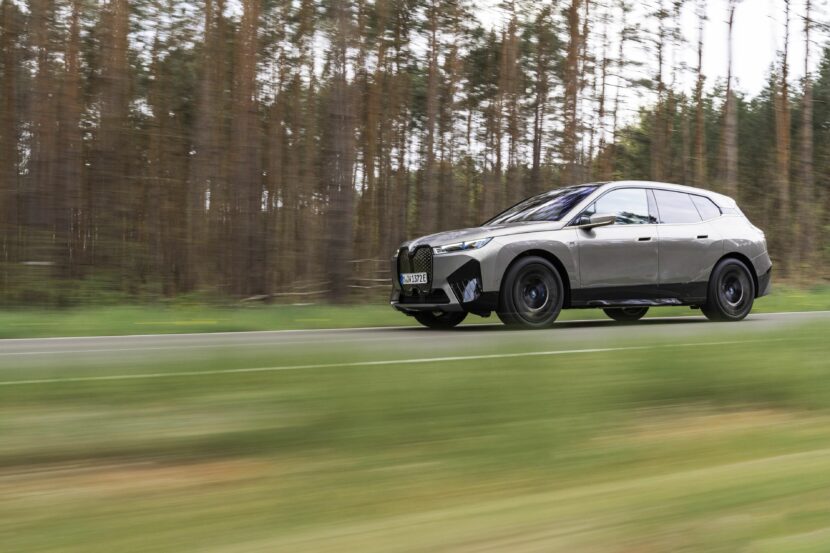 All of that added power does come at a price. For the BMW iX M60, range drops to 280 miles, from the ix Drive50’s 324 EPA-rated miles. Thirty miles might not be a ton but it could make a difference if you don’t often recharge the battery. It’s also important to note that the 280 mile range is with 21″ wheels and BMW doesn’t have a figure for the optional 22″ wheels.

The battery pack is identical to the one in the iX 50 – net capacity of 106.3 kWh and a gross capacity of 111.5 kWh. The iX M60’s battery can accept up to 195 kW when DC fast-charging and 220 kW when regeneratively braking. Snack charging is equally important though. Thus, 10 min of fast charging gets you around 93 miles (150 km) of range. 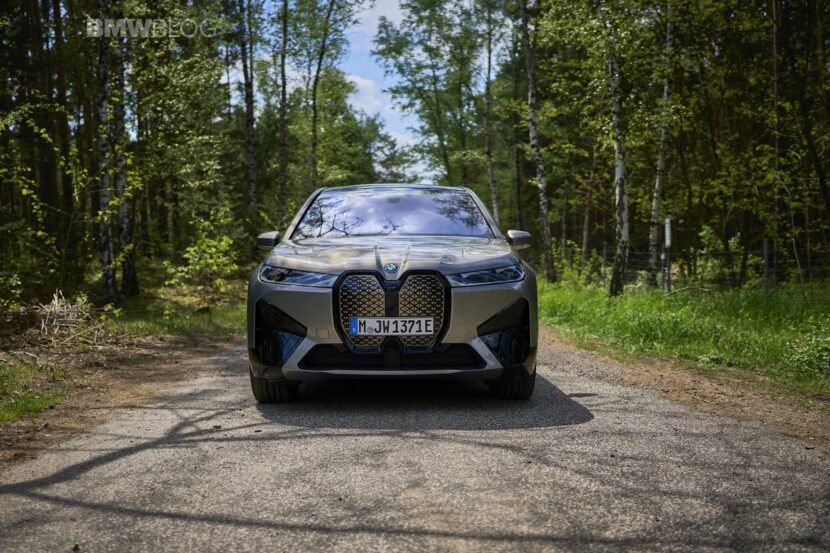 The higher price tag also warrants additional ///M input. So as with most M-tuned models, the BMW iX M60 gets M performance driving applications, such as the steering, suspension, higher stabilization and a specific ECU tune. The roll bars are M60-specific as well. The air suspension follows a different tech philosophy in the iX M60. BMW engineers usually start the suspension project from a comfort level working their way up to sport. But in the top electric crossover, that strategy was reversed.

The development team wanted to give the iX M60 a far more aggressive and sportier ride than the iX 50 or 40, so it dialed up the suspension. And that’s immediately noticeable at high speeds or when running on imperfect surfaces where it becomes quite bouncy. Again, if the road is not smooth enough, you will feel that M sport suspension a lot more than in the other iX models. Of course, the air suspension height is auto-leveling and each corner is adaptive, giving it the ability to adjust to uneven loads.

Though, if you want, the height can be manually adjusted as well, typical of all BMWs with air suspension. Sportier electronic dampers help give the big iX M60 better moves and, as per usual, can be adjusted through BMW’s typical assortment of driver modes. 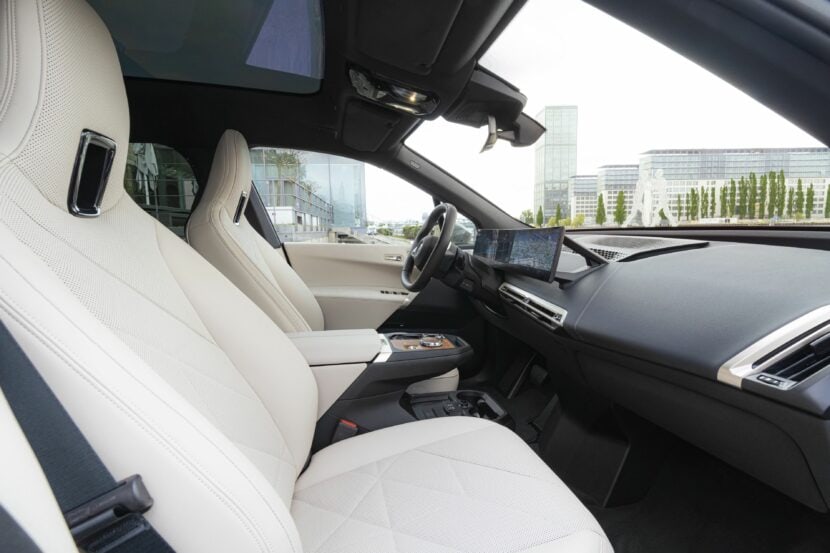 Visually, there’s little differentiation between the iX models, though that’s not unusual with M Performance cars. The main visual cues between the iX M60 and the standard models are the 22″ black wheels, the optional Titanium Bronze finish, the big blue brake calipers and 20 mm extended rotors. The “M60” badge is also finished in gloss black with Titanium Bronze trim. M Sport Package is – as expected – standard on the iX M60. Though, the front bumper looks the same, with the same grille, and same front air intakes. No M-style side mirrors for the iX, either, though that’s likely due to the standard mirrors providing better aero.

Inside, don’t expect many changes from the standard iX’s interior. Colors are the same, seats are the same, and the design is the same. Despite being an M Performance model, the BMW iX M60 is nearly indistinguishable from its standard siblings from inside the cabin. That being said, the standard iX has the best interior of any BMW, so most M60 customers will be just fine with it. 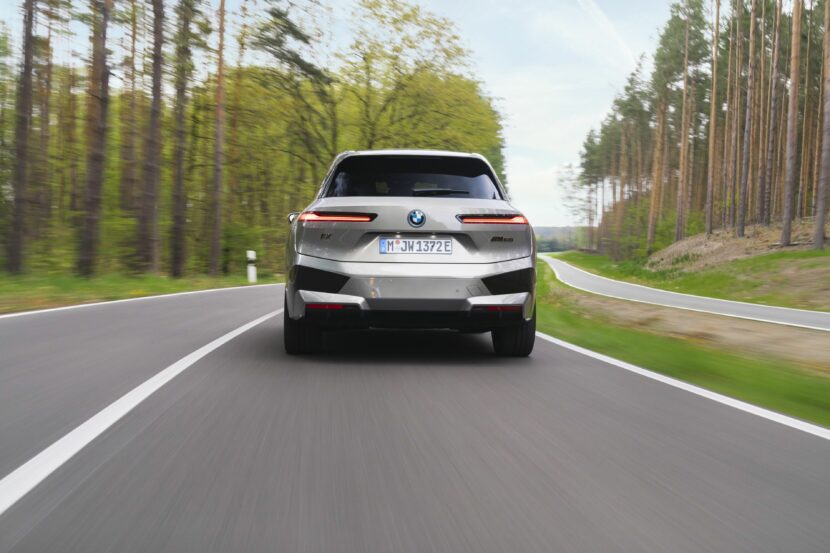 The BMW iX xDrive50 was already a very fast and capable electric SUV. But the iX M60 takes those capabilities to a new level. The M-lite iX delivers quick and linear acceleration, rapidly reaching its top speed. Our own GPS test showed a 0 to 62 mph (100 km/h) sprint in just 3.6 seconds. But top Autobahn speeds come with a range cost. The instrument cluster shows the battery depleting about about 1 mile every 9-10 seconds at speeds above 124 mph (200 km/h).

There weren’t many opportunities to put the iX M60 through tight beds, but when the opportunity arose, the top crossover delivered a composed and balanced ride with some fun coming from the rear-biased drivetrain. The chassis feels stiffer than in the iX 50, with slightly less body roll, despite having a massive 5,770 lbs (2,617 kg) curb weight. The steering is, naturally, more engaging in the SPORT mode, but quite numb in COMFORT. And that’s not a bad thing considering most of my day consisted of city driving in the busy, yet beautiful Berlin.

BMW did a fantastic job of keeping cabin noise in check, making for a serene ride even at high speeds. But if you need some sounds in your life, then Oscar-winning composer Hans Zimmer has you covered because the iX M60 comes with the latest IconicSounds pack. Speaking of sounds, the Bowers & Wilkins – with 30 speakers and 4D sound – is a marvelous piece of engineering.

The Augmented Reality tech is also cool to use inside city centers – thanks to the iDrive 8 infotainment system – while the 360 degree camera system and driving assistance features are the best in a BMW today.

Of course, let’s not forget about the adaptive regenerative braking mode in the iX. The regen function uses sensors, cameras and GPS data helping you recoup the most energy in an effortless manner. The adaptive mode is just as good as in the i4 M50 and while the one-pedal B mode might cater to hardcore electric car owners, the former is my first choice in the iX.

Is It M Enough?

Some of BMW’s recent M Performance cars – such as the M240i or M550i – are often just as good, if not better than the previous generation full-on M cars. But the BMW iX M60 is a different story. The top electric crossover feels closer to the iX 50 than to an iXM, for example. Sure, you’re getting 100 more horsepower and a few other M tricks, but it’s likely that you won’t often take advantage of those. Instead, you should buy the BMW iX M60 because you simply want the fastest and most expensive electric BMW today.

If you’re looking for a bargain, yet still a great electric SUV, then the BMW iX 50 will serve you just fine. 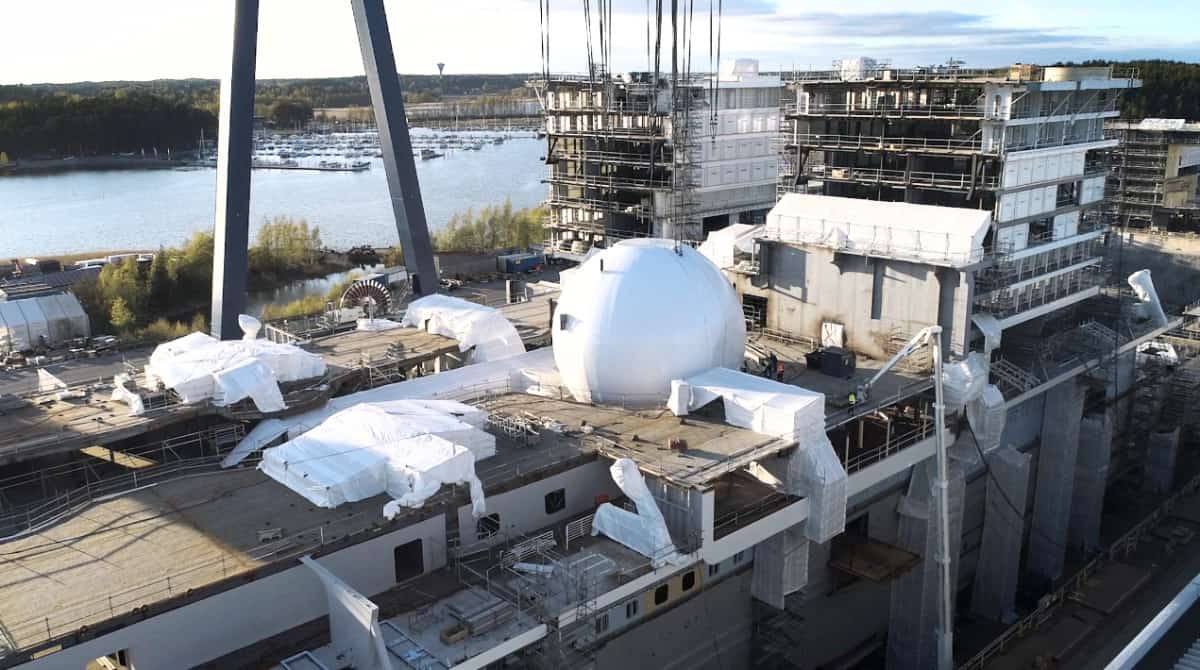 Royal Caribbean Releases New Video of Yet to Be Revealed Feature