Once a bedrock of stability among supply chains, food and beverage has a bit of a shimmy to it right now.

Consider this statement: “Consumer tech and grocery stores top the list of industries most concerned about the supply chain in 2022.”

That’s according to a report from Avnet, the world’s largest supplier of electronic components. To come to that conclusion, the company analyzed transcripts from more than 30,000 company earnings calls across 12 industries from early 2018 to April of this year.

Beyond supply chain, inflation is also a major concern of grocery today. And that’s in an industry that has always had to deal with thin margins.

Russ Meller, principal scientist at Fortna, offers a good summary of where the food and beverage supply chain is right now. “The industry has to make the most of scarce resources as it finds new ways to compensate for less lead time. Which means there’s less planning, and food and beverage must be so reactive,” he says.

Quite simply, a lot is shakin’ here.

Let’s start with labor. “The idea is to decrease dependency on labor in the food and beverage supply chain as much as possible,” says Markus Schmidt, president of Swisslog Americas. This is the case, he says, for picking cases in DCs and getting slow-moving inventory onto the store shelf in less-than-case quantity with the least amount of human involvement possible. If anything, food and beverage has traditionally been a bellwether of industry in general here.

Meanwhile, the number of products continues to increase. More than 20,300 new food and beverage products were introduced in 2020, the most recent year that the U.S. Department of Agriculture Economic Research Service has numbers. While that number is not an outlier for the industry, it’s still more than 20,000 new products to introduce to the supply chain in a year’s time.

In the supply chain from the manufacturer to the grocer’s DC, full pallets dominate. However, these loads now range from 60% single SKU pallets to 30% mixed layer pallets and 10% loose case, says Dan Labell, owner of Westfalia Technologies. That’s a long way from the days when single SKU pallets ruled.

Meanwhile, a steady increase and churn in the mix of mixed pallet loads is shipped from grocer DCs to stores. It isn’t easy to quickly and reliably build a stable pallet that includes: boxes of Stove Top stuffing, cans of DelMonte peas, jars of Smuckers jelly, bottles of Honest Tea and cases of Heinz ketchup (no added sugar, of course). And if at all possible, can that pallet be store ready, too?

Anything else? Well, since you asked, the most ungrateful part of the food and beverage supply chain is probably the grocery store itself. Stores want everything arriving store ready and with only the barest of labor requirements to stock shelves.

In addition, many store managers are now enthralled with a relatively new idea called micro-fulfillment centers (MFCs). These mini DCs are located within the store dedicated to highly automated fulfillment of individual e-commerce orders very quickly. The challenges here are myriad.

To meet all of the demands in the grocery supply chain is a problem right now. Or as Meller says, “a person with a mobile device is not viable in the middle of all this. You need autonomous control of work flow.” And while we aren’t there yet, food and beverage is certainly making progress.

From production to DCs

Regardless of which one of those distribution legs of food and beverage is in focus, automation is the centerpiece.

At both the manufacturer’s and grocer’s DCs, automated storage and retrieval systems (AS/RS), automatic guided vehicles (AGVs) and automated palletizers dominate the materials handling lineup for ambient, cooler and freezer applications. While autonomous mobile robots (AMRs) are working into many applications in a broad range of other industries, food and beverage is not one of them yet.

Labell says that while labor availability is the No. 1 driver of automation at these facilities, it does not by itself generally deliver sufficient ROI to justify automation. The next two reasons that put automation over the top, he says, are storage density and energy consumption, especially in cold and freezer applications.

As to payback, Norman Leonhardt, director of business development at Witron, says five years is not uncommon. However, that’s considered to be the top end of what’s accepted in food and beverage. Such a lengthy payback period underscores how critical automation is to this industry.

For direct-to-store delivery, Tom Swovick, market development manager for food and beverage at Dematic, says ultra high-speed palletizers, including ones with two robotic arms, are leading the way for high volume, especially in beverage. Effective with mixed-case pallets, software organizes the palletizing pattern to maximize cases on the pallet, and, ultimately, cases on a delivery truck, reducing transportation energy consumption.

The other sustainability angle here, says Swovick, is the corrugated case packaging itself. “It’s no longer strong enough to support floor stacking of pallets more than three high. For these lightly automated facilities, drive-in rack typically serviced by AGVs solve the packaging and low-density problem with less than a two-year payback,” says Swovick. “Even in a 40- to 60-foot-tall building, this solution reduces labor and damage while increasing storage density at an acceptable cost,” he adds.

Other options include fully automated solutions from Witron. Leonhardt points to a major food retailer’s DC in Wisconsin.

It’s completely automated once pallet loads are picked up in receiving. The task of the warehouse is to receive single pallet SKUs and ship mixed SKU pallets. The facility ships to stores nearly 100,000 cases daily. Each store expects the right product in the right quantity daily, adds Leonhardt.

Key automation components include a 9,000 pallet load high-bay AS/RS feeding an automated depalletizer that separates out each case, which is then placed on a tray. A tray-based AS/RS with 18 aisles stores temporarily 250,000 cases.

Finally, order picking machinery (OPM) is an automated picking system for dry goods as well as fresh/frozen products. Cases are carried and pushed by the case order machine. A stacking algorithm determines the optimal stacking sequence and loading pattern based on case weights, sizes, crushability and store planogram requirements. Stretchwrappers secure the pallet loads for shipment to stores.

One other trend in grocery DCs is the number of SKUs that are replenished to the DC in less than case quantity. This is driving work into the DC that calls for automation and what Swisslog’s Schmidt calls Next Generation Break Pack. This solution is focused on the picking of typically slow movers at the DC to the specific replenishment quantity wanted by a particular store.

Inventory is staged in case AS/RS (shuttle or cube) and items are picked by robots and placed in store totes to ensure store-friendly replenishment. “This is the next wave of automation at the DC,” says Schmidt.

Cube AS/RS systems are one automation answer for making e-fulfillment for grocery economical.

As it turns out, there’s more than one way to fill a grocery cart. Traditionally, it’s the original DIY. But increasingly, it’s become more “let the store do it for me.”

And none too soon. Online grocery sales doubled to $57 billion from 2019 to 2020, according to research from Coresight and IRI E-Market Insights. The estimate for this year is $90 billion.

While only about 5% of food retail spending, e-grocery sales are not going away. Enter MFCs.

There are two general varieties. One services only the grocery store where it is located, and is typically 5,000 to 7,000 square feet. The other is somewhat larger, detached from any single store and serves multiple locations. In both cases, the target is to fill e-commerce orders completely and without error in less than two hours. Some claim 30 minutes, but such rapid turnaround is much beyond the capabilities of all but the most elite of MFCs.

Despite predictions just a couple of years ago, MFCs for non-food related SKUs have not taken off as quickly as anticipated, while the e-grocery segment continues to advance more strongly.

Today, the profile of an MFC is less than 10,000 square feet with two-thirds ambient and one-third temperature controlled. Both shuttle AS/RS and cube AS/RS systems provide storage and picking, reducing dependency on labor and making e-fulfillment for grocery items economical.

The key in running full SKU service is that only about 80% of purchase volume is represented in the automation while approximately 20% of slower moving articles are most efficiently picked by team members manually in the store for consolidation with the order.

The typical cost, according to Schmidt, is $4 to $12 million. But the wild card for grocery retailers, he says, is how much e-commerce business is available in a geographical area to support their investments. “That said, there is no question that investment in MFCs will continue at an increasing pace,” says Schmidt.

Let’s get back to Fortna’s Meller and his earlier comment about work flow. “Food and beverage is not just about equipment, much of it automated. The next frontier is work flow management software that extracts every bit of equipment utilization,” Schmidt adds. Sounds properly aspirational.

Stay up-to-date with news and resources you need to do your job. Research industry trends, compare companies and get market intelligence every week with Supply Chain 24/7.
Subscribe to our email newsletter and we’ll keep you up-to-date. 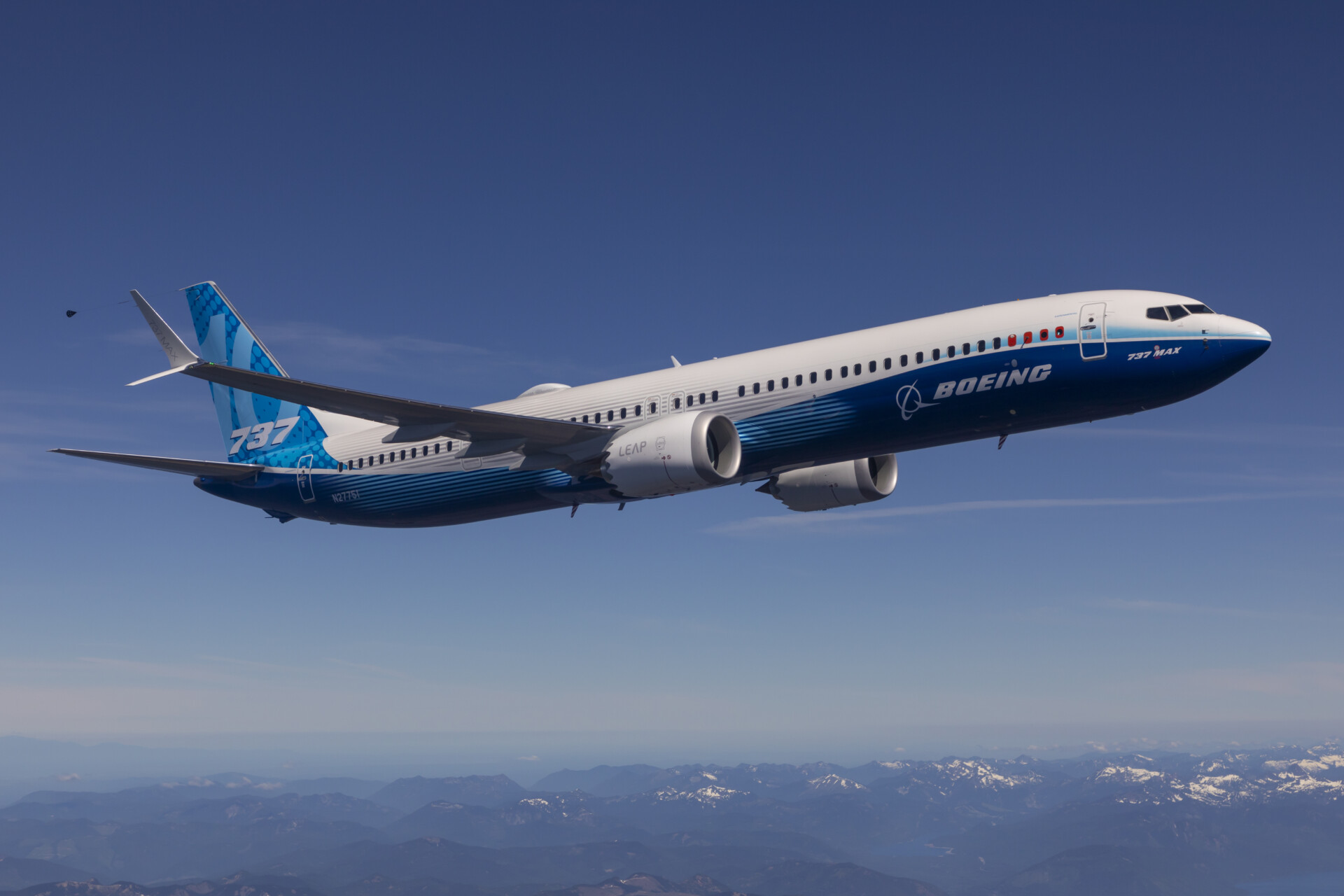