The Super83-R Brooklyn isn’t your typical ride. This e-bike is more electric moped, or motorcycle even, than it is bicycle. It falls in the upper end of the price spectrum for e-bikes at $3,495 (about £2,800 / AU$5,000) before you start getting into truly premium bikes, but it comes fully loaded for riding pleasure.

This cafe-racer style e-bike rides fast on a rear hub motor that can output a peak 2,000W, and it runs on a nearly 1,000Wh battery. The combination lets it go over 30mph and achieve over 20 miles of range on throttle alone.

E-bike aficionados will recognize that the speed is at odds with some e-bike class regulations. The Super83-R Brooklyn is capable of going beyond Class 3 capabilities, so riders will have to dial in the speed and control mode that fits the laws in their region – something that could reduce the value of the bike for those in Class 1 or Class 2 regions.

With full suspension on the front and rear of the bike, as well as a plush seat, the Super83-R Brooklyn is a brilliant ride on streets even with the occasional bump – though not so pleasant on gravel and loose terrain.

Of course, it’s meant for the street. It picks up casually without the kind of acceleration that might throw a novice ride, and it cruises up to speed without fuss even for heavier riders. The speeds make it easy to keep up with the flow of traffic on city streets. The included motorcycle-style headlight and brake light helps with visibility and safety, as does the wonderfully loud horn — no bell on this baby.

The whole package comes together wonderfully. It’s basically a moped with a modest top speed and enough range to pop around town with a battery you can recharge overnight for a few cents.

It’s absurdly heavy for a bike, so not ideal if you don’t have a ground-floor space to park, but the battery can come off to charge. That said, it’s much lighter than a typical moped.

It’s also pricey for an e-bike, though there are Class 3 e-bikes that cost more without adding range, like the Bluejay Sport. It’s real competition may be scooters and motorcycles, which it generally proves cheaper, lighter, and more accessible than (given it doesn’t require a license, insurance, or registration to ride), making it an excellent option for the urban commuter looking for electric mobility that’s equal parts comfortable, stylish, and fun.

The Super83-R Brooklyn is available now for $3,495 (about £2,800 / AU$5,000) in the continental United States and Hawaii, with limited availability elsewhere through regional dealers.

That’s towards the higher end for an e-bike, though not as costly as our current top-rated model, the Specialized Turbo Vado 4.0 (2022).

The Super83-R Brooklyn isn’t what you might think of first when you think of an electric bicycle. It’s styled more after a cafe racer motorcycle. While the Super83-R Brooklyn has pedals, they’re easy to overlook. The bike has a robust aluminum alloy frame with mirrored tubes, not the single top, bottom, and seat tubes we’re used to. The seating extends directly from the top tube, making for a low riding position that’s also more like a motorcycle than a bike. Even that battery pack is situated right in front of the seat, where you’d expect a fuel tank on a motorcycle.

The Super83-R Brooklyn features front and adjustable rear suspension that dampens vibration while riding. It rolls along smoothly on Super73’s thick custom LZRD street tires, which are far closer to motorcycle tires than they are bicycle tires.

Adding to the comfort is a well-cushioned seat. The thickest part of the seat is curiously at the back, where it might help prevent the rider from sliding backwards, but it’s too far back for sitting comfortably and Super73 doesn’t recommend having passengers. We found it mostly satisfying, but got a little saddle sore at the end of longer rides and wouldn’t be upset with some extra cushion. Lighter riders under 200 pounds will probably be better off.

Neatly hidden away in the back wheel is a hub motor that can output 2,000 watts of peak power. It has a single-speed cassette for pedalling, but it can get powered by a responsive cadence sensor or a thumb throttle, letting it deliver the bike’s top speeds without user effort. That’s great news, because the riding position is simply awful for pedaling. It’s hard to put much force into the pedal while seated, and incredibly awkward to try pedaling standing up because of the low handlebars that are only a little in front of the pedals.

The gearing makes pedalling only really viable at low speeds anyway, as once the bike’s cruising at over 20mph, only a very fast cadence will actually get the gears engaged. Slowing down is a different matter, as braking is managed with dual-piston, Tektro hydraulic disc brakes that are up to the task and cut off the motor when the levers are pulled.

Super73 rounds out the package with a big, 1,100-lumen headlight and a powerful tail light that responds to the brakes being pulled. There’s also a loud horn built into the center of the frame and activated with a thumb button. Given how much this bike may be in traffic, it’s good to see these considerations. The company is planning to introduce optional turn signals in the near future. The bike supports some app control for changing operating modes, viewing battery charge, and setting up turn by turn navigation. Meanwhile a control pad on the left handlebar can handle most things, displaying speed, range, odometer data, and directions. It also provides a constant battery reading with a ring around its circumference, and offers controls for pedal assist levels and lights.

All of this hardware comes at the cost of weight. The bike tips the scales at 82.4lb – a rare occasion where a bike is lighter than a manufacturer claims. The weight and bulk make it a true pain to carry up and down any stairs, especially winding stairways.

Thankfully the battery is removable, so it’s possible to store the bike at ground level and haul the battery to wherever you need to charge. It slots into place with a key lock for security, though anyone who comes across the bike would be able to power it up if the battery is in place. The 960Wh battery is hefty, and takes a long time to fill on the 163.8W charger, easily upwards of six hours. A 5A charger to speed up charging is available as an optional extra.

s it’s a serious battery holding a lot of potential energy and fire risk is always a possibility, we checked with Super73 about Underwriter Labs certification. While the battery isn’t presently UL certified, we’re told the company is in the process of seeking certification and hopes to have it in a couple months.

Super73 has made this bike water resistant so it can hold up in the rain, though this model doesn’t include the same fenders some of the other models do.

The Super83-R Brooklyn is built for performance. It’s made for a fast and smooth ride that might have you forget you’re technically riding a bicycle. The peak 2000W output of the motor is well managed. It doesn’t jolt off the starting line, but accelerates comfortably up to the top speed. It’s quick enough to not annoy drivers who might be waiting behind us, though for a quicker start we often push off to get a little boost.

The speed is that much easier to enjoy thanks to the construction of the bike. Speedbumps, small divots, and little lumps in the road all get smoothed out by the suspension and the padded seat. Since the riding position doesn’t put any weight into our hands, they remain comfortable throughout the ride.

Thanks to its speed, we often felt comfortable when we had to merge with cars, since the city streets often had us going the same speed, but we had the freedom to pop over into bike lanes, making our commute as easy as ever. In a pinch, the Super83-R Brooklyn can also brake like champ, readily going from 20mph to a stop in a single car length with little to no skidding (again with a 300lb payload).

Super73’s water protections proved worthy in our testing, as we got caught in the middle of a considerable rainstorm on one ride, and made the eight-mile journey back soaked to the bone while the bike didn’t so much as sputter. The lack of fenders and the speed of the wheels does have the unfortunate effect of launching a ton of water up from the street directly in front of our face, so if avoiding rain isn’t an option, goggles or a front fender are just about a necessity.

All this performance stems from the motor doing its thing. We can get over 24 miles of the motor working like a beast, largely just the throttle with a little pedal assist at lower speeds, and lighter riders can see even more range, but the second the battery starts getting low, the tune changes. Once the battery gets below 25% charge, it’s time to think about a refill.

Even with the meter showing four miles of range left, the performance dropped off a cliff. We nearly got caught up in an intersection as we tried to throttle through it and suddenly had almost no power. At that point, the throttle can barely sustain 10mph and accelerates like a snail. Pedalling feels like a constant hill climb and the most the motor could do was help us sustain about 12-13mph. Super73 has an optional 10-speed setup, but pedalling feels like a last resort on this bike.

Given that performance cliff, it’s basically essential to make sure you’ve got a buffer of range for the ride. While it’s possible to bring a charger along on a trip and add some extra juice during a stop, the slow charging speed may leave you stopped longer than you’d like. That said, there’s plenty of room on the frame to install a bracket to hold a backup battery pack for extra range.

The performance of the Super83-R Brooklyn puts it in a unique spot. Typical e-bikes are much easier to keep pedalling on once the battery is drained, though still an added challenge next to analog bikes, so they can still be a smart option for riders who might not always remember to recharge.

The positioning has the Super83-R Brooklyn compete more with mopeds and even motorcycles as a fairly affordable electric alternative. In that matchup, it does have the advantage of legally being an electric bicycle and not requiring expensive insurance, registration, or a license, further helping riders save money. But, for folks with serious commuting needs who can’t be caught off when they forget to charge, actual small-engine mopeds like the Yamaha S-Max or motorcycles like the V Star 250 are only about $1,000 more.

The bigger threat Super73 faces is something like the similarly priced Juiced HyperScrambler 2, which may not be as stylish, but is iconic in its own way, promises similar performance and comfort, boosts safety features, has a multi-speed transmission by default, and comes with dual battery packs for nearly 2,000Wh of power.

Don’t buy it if Get ready to network in person again By Harvey Mackay 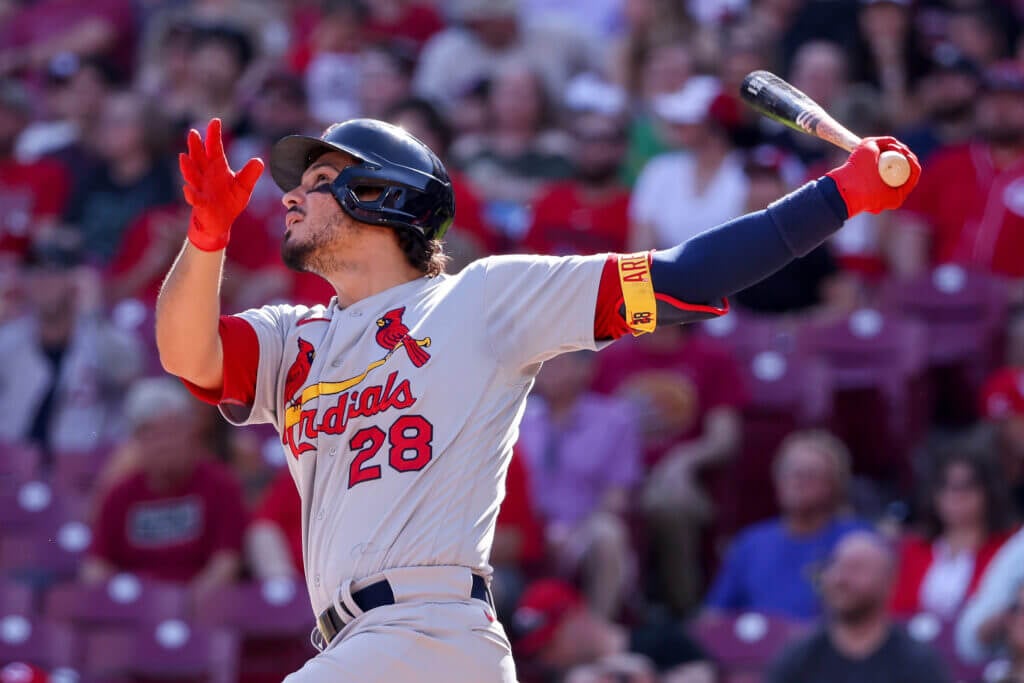