The Great Lakes News Collaborative includes Bridge Michigan; Circle of Blue; Great Lakes Now at Detroit Public Television; and Michigan Radio, Michigan’s NPR News Leader; who work together to bring audiences news and information about the impact of climate change, pollution, and aging infrastructure on the Great Lakes and drinking water. This independent journalism is supported by the Charles Stewart Mott Foundation. Find all the work HERE.

Hunting, fishing, and birding groups want Michigan to invest $30 million to create wetlands. The idea is to reduce harmful algal blooms getting into the Great Lakes, reduce flooding, and provide habitat for fish and wildlife.

You kind of have to pay attention when politicians of different parties, hunters, conservationists and environmentalists all get together on the same issue.

Republican and Democratic state legislators, the Michigan United Conservation Clubs, Ducks Unlimited, and Audubon-Great Lakes all gathered at the Pointe Mouillee State Game Area last Thursday to talk about the importance of wetlands.

They want to use $30 million in American Rescue Plan Act money for wetlands in areas that drain into Lake Erie and the Saginaw Bay of Lake Huron. Wetlands can filter out nutrients from manure spread on farm fields as well as other fertilizers that can lead to toxic cyanobacterial blooms, commonly called harmful algal blooms.

Amy Trotter is the Executive Director of the Michigan United Conservation Clubs (MUCC), representing hunting and fishing clubs around the state. Her group commissioned a study by Michigan State University to calculate how much economic damage to fishing and tourism has been caused by cyanobacterial blooms.

“When there is a presence of harmful algal bloom in Lake Erie, up to 29-percent of those angling trips are canceled,” she said about the study which looked at 2019.

That translates to as much as $5.9 million in lost economic revenue for the Michigan Lake Erie region in a year.

Paul Doute is a charter boat captain based in Michigan. His company, Angler’s Quest, takes people out to fish for walleye and perch in Lake Erie. He says he has travel several miles farther out into the lake, crossing the state border into Ohio waters to avoid the toxic cyanobacterial blooms.

There’s a price. First, it costs each customer an additional $11 for a one-day license to fish in Ohio.

“The bigger thing is gas, right? When you look at my engine that I have on my boat, I get about three miles to a gallon. Rec fuel being almost $6 a gallon, right? It adds up, (it) adds up,” Doute said.

Paul Daute is a charter boat captain based in Michigan. Harmful algal blooms in Lake Erie require burning more fuel to get to clear water in Ohio. His customers then have to pay for one-day fishing permits from the State of Ohio. (Photo Credit: Lester Graham/Michigan Radio)

Wetlands are seen as a way to mitigate some of the nutrient pollution that causes toxic cyanobacterial blooms.

“Here in southeast Michigan and up along Saginaw Bay, another area that’s been plagued by harmful algal blooms, you know, we’re looking at upwards of 90 percent wetland loss,” said Kyle Rorah, Ducks Unlimited’s Director of Public Policy for the Great Lakes/Atlantic region.

In the Saginaw Bay watershed, Ducks Unlimited worked with the Shiawassee National Wildlife Refuge to expand wetlands, replacing what was once corn and soybean fields.

Climate change is causing more frequent heavy rainstorms. When two dams failed and flooded Midland and other cities in 2020, about 15 percent of the flood waters were diverted into the Shiawassee wetlands, preventing additional damage.

“So you have the ability to withstand weather events. You have making sure that we have clean water for wildlife and for human consumption. And, you know, the other things people don’t realize is there’s a carbon sequestration benefit to wetlands as well,” said Representative John Cherry, D-Flint, explaining some of the benefits of creating wetlands.

“The water intake for my city is four and a half miles south of here. We know what happened in Toledo about ten years ago when they cut the water off to thousands and thousands of people because the algal bloom.”

Bellino said it’s going to cost a lot more than $30 million to fix the problem, but with the money available now, it’s a place to start.

“We have to have a three prong attack. We’ve got to restore the wetlands. We’ve got to make sure that we do something for the municipalities that have run off and open the spigots when it rains hard. And we’ve got to have a statewide septic code.”

Thirty million dollars sounds like a lot of money, but it will take a lot more than that to solve the problems the Great Lakes and some inland lakes are facing from the different sources of poop-related pollution.

“But the $30 million itself will help fund, I think, 15 wetland restoration and creation projects. So it’s a really great start, but we are going to need more and more sustained funding,” said Erin Ford, Conservation Manager for Audubon-Great Lakes.

Amy Trotter with Michigan United Conservation Clubs agrees, but said sometimes you simply have to look at what’s politically possible.

“Certainly there’s probably a lot more we can do. But the opportunity is now and we have sort of this critical bipartisan support and hunters and non consumptive users and anglers all aligning on an issue which isn’t always the case.”

Now it’s a matter of getting support from other legislators and the governor’s signature to spend $30 million of Michigan’s current $6 billion dollar surplus. 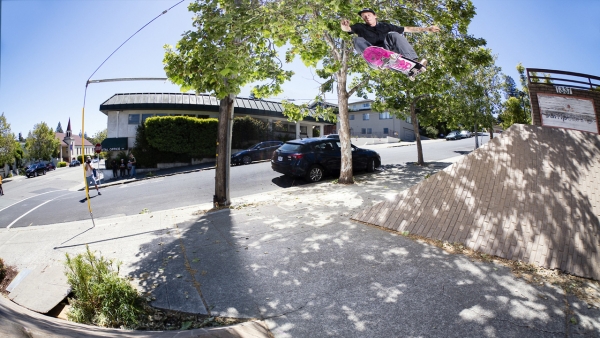