“We are on a highway to climate hell, with our foot still on the accelerator,” UN Secretary-General Antonio Guterres warned world leaders at the COP27 summit in Egypt on Monday.

He said they face a stark choice – work together now to cut emissions or condemn future generations to climate catastrophe.

“Humanity has a choice: cooperate or perish,” Mr Guterres told delegates gathered in the seaside resort town of Sharm el-Sheikh.

He explained that many of today’s conflicts are linked to “growing climate chaos”.

“The war in Ukraine has exposed the profound risks of our fossil-fuel addiction,” he said.

“Today’s urgent crises cannot be an excuse for backsliding or greenwashing. If anything, they are a reason for greater urgency, stronger action and effective accountability.”

It is indisputable that the explosion in humanity over the past few centuries has led to significant warming, the UN’s Intergovernmental Panel on Climate Change has warned.

Since pre-industrial times, global temperatures have risen by 1.1°C – and without stronger commitments, warming could reach 2.8°C by 2100 – well above the level that scientists fear will render parts of the planet uninhabitable and cause a widespread catastrophe.

David Beasley, executive director of the UN World Food Program, said on Monday that there are at least 345 million people at risk of starvation, due to the combined risk of climate shocks and global conflicts.

“We are in a time of turbulence,” he declared, adding that solutions and funds are urgently needed to avoid mass migration and limit damage to countries vulnerable to climate change.

Referring to disruption to exports from Ukraine, he said: “I don’t care whether you love or hate Russia, you need these grains and fertilisers to move. Otherwise, people all over the world are going to starve to death.”

Mr Guterres called for a pact between the world’s richest and poorest countries to accelerate the transition from fossil fuels and speed up delivery of the funding needed to ensure poorer countries can reduce emissions and cope with the unavoidable impacts of warming that has already occurred.

“The two largest economies – the United States and China – have a particular responsibility to join efforts to make this pact a reality,” he said.

Mr Guterres asked countries to agree to phase out the use of coal, one of the most carbon-intense fuels, by 2040 globally, with members of the Organisation for Economic Cooperation and Development (OECD) hitting that mark by 2030.

Despite decades of climate talks – the Egypt COP summit is the 27th Conference of the Parties – progress has been insufficient to save the planet from excessive warming with countries either being too slow, or reluctant, to act.

“We are on a highway to climate hell with our foot on the accelerator.”

Signatories to the 2015 Paris climate agreement pledged to achieve a long-term goal of keeping global temperatures from rising more than 1.5°C above pre-industrial levels.

Scientists have set this as the ceiling for avoiding catastrophic climate change.

Mr Guterres said that to keep any hope alive of meeting that goal means achieving global net zero emissions by 2050.

“It is either a Climate Solidarity Pact – or a Collective Suicide Pact,” he said.

He was not the only one preaching with tones of despair as he tried to shake up the world’s sense of urgency at the climate conference.

Pakistan’s prime minister Muhammad Sharif added: “The earth has been calling for action but we, it seems, have decided to learn the hard way.”

Pakistan was hit by devastating floods this summer that covered half the country, displacing millions and causing tens of billions of dollars in damage.”

There were also disputes over who will be left with the bill for saving the climate – after Boris Johnson dismissed the idea of climate reparations to poorer nations.

“Africa should not pay for crimes they have not committed,” Central African Republic President Faustin Archange Touadera said, adding that rich nations were to blame for the climate problem.

Barbados Prime Minister Mia Mottley called for $5trn of private-sector savings to be unlocked to stop the emissions of planet-warming gases, but added it would “require a change in the attitude” of developed countries.

Ghana’s President Nana Akufo-Addo said his government needs around $561bn to implement the country’s transition plan to clean energy, adding: “Those who are responsible should be very, very much aware of the need to compensate others.”

“We need to obey the first law of holes,” he said. “When you’re in one, stop digging.”

French President Emmanuel Macron said that, while the world was distracted by a confluence of global crises, it was important not to sacrifice national commitments to fight climate change.

“We will not sacrifice our commitments to the climate due to the Russian threat in terms of energy,” he said, “so all countries must continue to uphold all their commitments.” 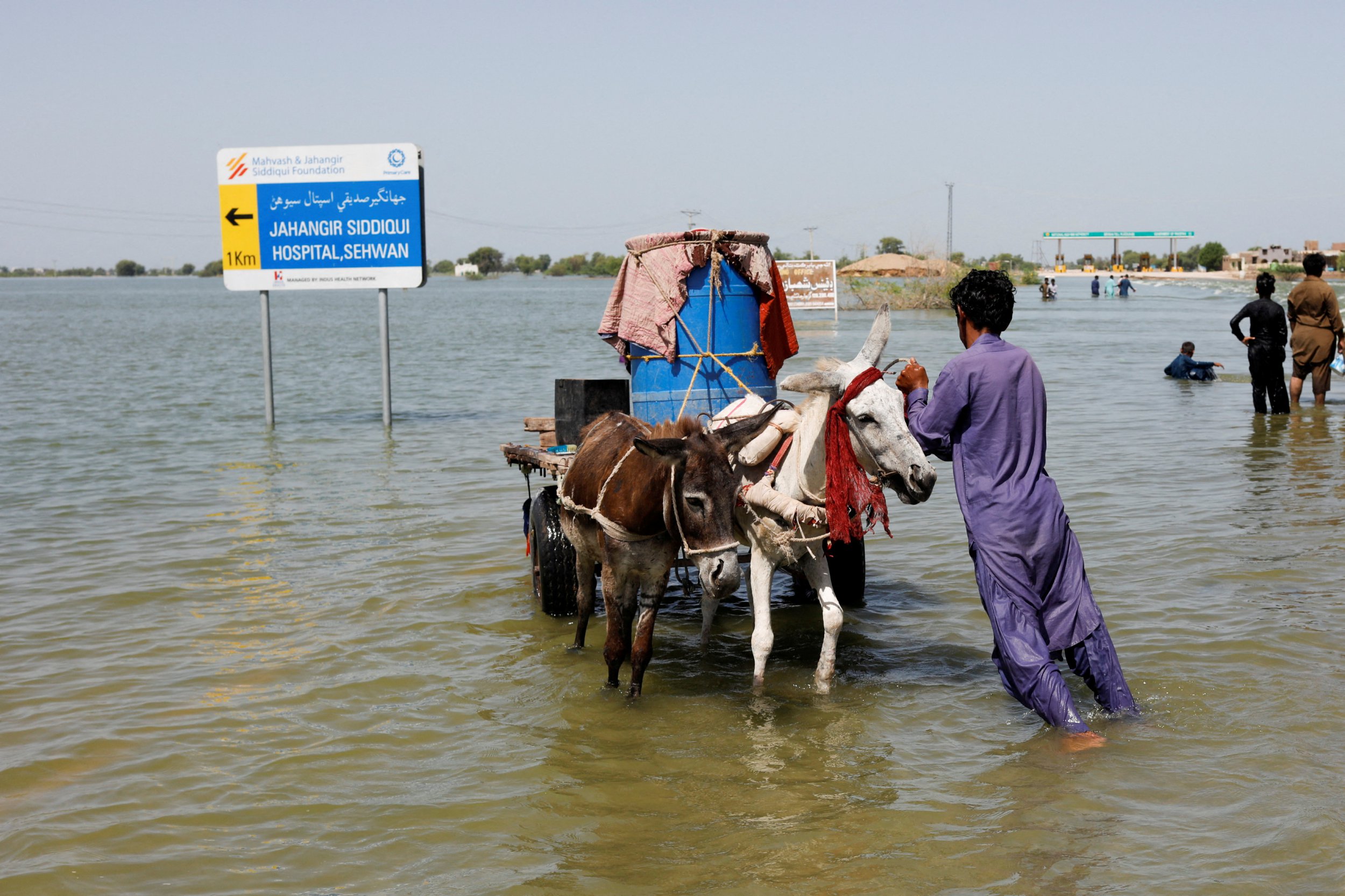