If you buy books linked on our site, The Times may earn a commission from Bookshop.org, whose fees support independent bookstores.

Randy Rainbow, the social media sensation who rode to the rescue like a one-man musical theater cavalry during the dark days of Donald Trump’s presidency, drops two bombshells early on in his new memoir, “Playing With Myself.”

The first is that Randy Rainbow is not a gay stage name. Randy, not Randall or Randolph, appears on his birth certificate. And Regenbogen, the German surname of his great-great-grandparents, was translated to Rainbow when they immigrated to England. (He assumes he’d now be Randy Rabinowitz had those ancestors sailed instead to Ellis Island.)

The second piece of startling news is that Donald Trump is his father. Well, not genetically. But the former president, Rainbow explains, is cut from the same mold as his actual father, Gerry Rainbow, a Long Island bandleader who under shady circumstances relocated the family to South Florida, where he became an entertainment agent on the condo circuit.

As Rainbow writes about his Bronx-born dad, who died in 2017: “His mannerisms, down to the cadence of his speaking voice and even some of his facial expressions, made him almost an exact replica of you-know-who. He was a hair-obsessed, lying, cheating, emotionally stunted, and completely self-absorbed textbook narcissist.”

So Randy, tell us how you really feel.

It’s hard to imagine the last few years without the cockeyed corrective of Rainbow’s campy truth-telling. No one has lampooned the relentless absurdity of American life with as much Broadway dazzle. When Trump proposed injecting bleach as a possible cure for COVID-19, Twitter held its breath for Rainbow’s musical theater rebuttal. “A Spoonful of Clorox” didn’t disappoint.

But behind the pink cat glasses and political snark is a singing chameleon with a lyrical gift praised by both Stephen Sondheim and Lin-Manuel Miranda. Having carved his own digital path to fame, Rainbow felt it was time to reveal his own story.

“Playing With Myself,” like Harvey Fierstein’s recent theater memoir, “I Was Better Last Night,” vividly recollects the alienation so many LGBTQ+ youth experience. It is also a survival manual, charting the path that helped a lonely, Carol-Burnett-worshiping kid make it to adulthood and out of the shadow of his Trumpy dad.

Speaking at an Italian eatery not far from his home on Manhattan’s Upper West Side, Rainbow acknowledged that it was “cathartic” to write about his father.

“I also thought it was an interesting insight for people who have been following me all these years to find out that the guy who became known as Trump’s nemesis at least on social media is the spawn of a clone of Donald Trump,” he said. “It’s too weird. As I say in the book, in some ways I was talking to my father that whole time.”

In person, Rainbow is soft-spoken, reflective and unassumingly witty. His sense of humor runs in the family. Nanny, his maternal grandmother, whose death is one of the book’s most poignant episodes, was his earliest comic influence.

“She was hysterical, like old school,” he said. “Later, I later learned of these other people outside of my family, like Jerry Lewis and Bea Arthur. And I was like, ‘Oh, that reminds me of my uncle or my grandmother.’ I have that in me too a little bit.”

Coming from “a showbiz-positive family,” Rainbow wasn’t made to feel self-conscious about the shrine he created in his bedroom to legends of stage and screen. Decorated with show posters, autographed programs and headshots, his bedroom sanctuary, he writes, “looked like a cheap bagel joint in Times Square. It was magnificent.”

His mother, Gwen, invited neighbors to his Snow White extravaganza in the backyard, found a youth theater group in Florida where he developed a lifelong friendship with Josh Gad, and not only taped “Funny Girl” for him but also ordered the soundtrack to enhance his delectation.

To say that his mother’s “gay agenda,” as Rainbow jokingly calls it, made it easy for him to come out is an understatement. “My mother was like, ‘You’re gay and I’ll tell everybody. Have fun,’” he recalled. “As I say in the book, that’s terrific. But then I missed some of the struggles that likely would have strengthened me … because then you get to the real world and not everyone is so easy about it.”

After a singing gig on a cruise ship with his then-boyfriend, a semester of college and some work on Florida stages, Rainbow made a break for New York. Broadway was the dream, but he was under no illusions.

“I was the youngest 22-year-old in the world,” he confessed. “As Pamela Adlon said, I was still covered in amniotic fluid.” (Adlon, the creator and star of the series “Better Things,” in which Rainbow made a memorable guest appearance, had just texted to see if he wanted to get a drink later.)

“I was scared to go on the subway,” he added. “I didn’t know how to live in the world. I wasn’t about to start auditioning for Broadway shows. That would have been insane. I said, ‘Let me figure out how to be an adult for a little bit.’”

He moved to Queens, worked a series of restaurant jobs, including host at Cafeteria (a favorite brunch spot for the “Sex and the City” gang), and eventually took a job as a receptionist for a Broadway production company. To alleviate the boredom of answering phones, he started his own blog.

Rainbow’s drollery caught on. Before he knew it, he had a sideline covering theater for the gay publication HX Magazine. In 2010, he struck gold with a YouTube video that incorporated leaked audio of Mel Gibson ranting at this former girlfriend. He titled the video “Randy Rainbow Is Dating Mel Gibson,” and an internet star was born.

The transition to politically themed musical theater parodies was a natural synthesis of his talents. After posting the video “Braggadocious,” a spoof of “Supercalifragilisticexpialidocious” from “Mary Poppins” transposed onto the first debate between Trump and Hillary Clinton, Rainbow woke up to discover that it had accumulated 16 million views.

Trump became his golden goose. In planning for 2020, Rainbow told his agent that he wanted to scale back his touring so he could concentrate on the election. “I knew that people were going to be expecting lots of content from me, and I needed to produce,” he said. “But then the strangest thing was that I didn’t talk about the election. I got a new co-star in COVID.”

Being a self-contained operation, Rainbow was able to keep going through the pandemic. With so many stuck at home doom-scrolling, there was unslakable need for his brand of musical comedy relief.

Post-Trump, there’s no shortage of subjects to skewer, as the videos “Clang, Clang, Clang Went Josh Hawley!” and the Barbra Streisand-inspired “Marjorie Taylor Greene” attest. But Rainbow no longer feels he’s in a race with a president’s scandalous Twitter feed. He can wait for inspiration, bring in outside collaborators and take more time with production.

“The whole reason I started this was to make an audition tape, but it backfired and became a career,” Rainbow. said.

Hollywood still hasn’t figured out what to do with him, even though he has received three Emmy nominations for his online work and his videos have more viewers than many network shows. “They wouldn’t have me on talk shows during the Trump years,” he said. “They’d say, ‘Oh, we love him, but he’s too political. We don’t want to go there.’”

Last month, Rainbow made his late-night debut on “Jimmy Kimmel Live!” — a sign perhaps that the industry is realizing he’s “a scripted comedic entertainer” and not a political “pundit.”

“Certainly, my opinions and anger come out on these topics, but that’s not what gets me out of bed to make them,” he said. “People are seeing someone playing dress up and having a marvelous time singing material that he would normally, in any mainstream professional world, not be given. And that’s why the work has had longevity.”

It may also be why he hasn’t been besieged by the right. Show tunes might soothe the savage MAGA breast. If anything, Rainbow is more defensive about the way some of his old jokes on Twitter have been dug up by a smattering of leftists who accused him of being a “neo-liberal elitist” and worse.

Satire is a dangerous business these days, and Rainbow doesn’t play it safe. But he isn’t complaining. Nor is his kvelling mother, even when she’s stopped at the supermarket by readers of the memoir wondering why she didn’t leave Randy’s father sooner. Gwen can brag that she was her son’s date at the Emmys.

Nanny may be gone, but Rainbow knows how proud she would have been to learn that Burnett has become a friend. After his beloved cat Mushi died at the start of the pandemic, Burnett had a grove of 20 trees planted in the kitty’s honor. “It’s almost as if my grandmother, who loved her so much, sent her to me,” he said.

Last year, Rainbow released his first full-length studio album, “A Little Brains, a Little Talent.” He’s also been working on a new podcast for Sean Hayes’ production company. And after a long hiatus, he has resumed touring his live show, which recently premiered in Las Vegas. He hopes a souped-up version will reach Broadway, perhaps in 2024 under the title “Randy Rainbow for President.”

Tantalized by the idea of a musical spun from his memoir, Rainbow said it would be a dream come true if Fierstein were to adapt it. But he wrote the book for another reason.

“I wanted to take the opportunity to introduce myself to all these people who have been so generous with their personal stories,” he said. “To the people who have been thanking me for getting them through Trump and the pandemic. They’ve been sharing their own struggles, and I realized that they don’t know who they’re thanking. They don’t know me.” 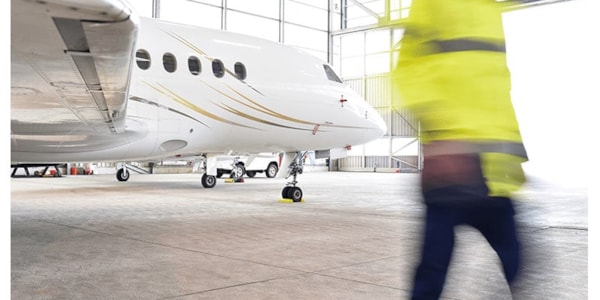 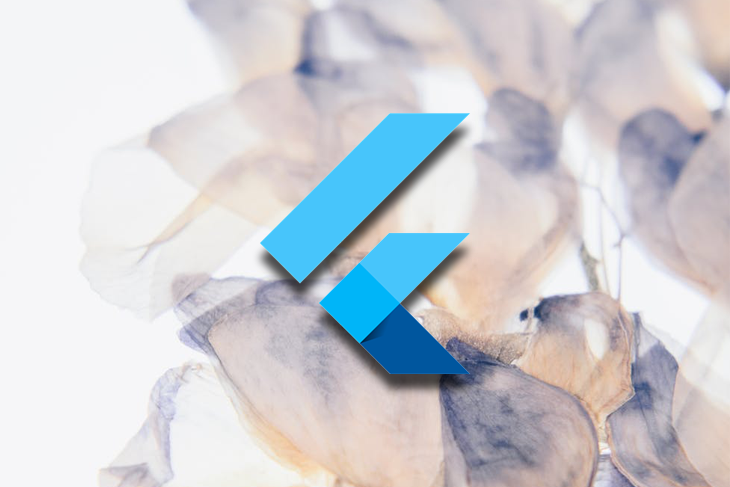