Planet Computers is a London-based business that includes in its ranks some of the people responsible for the classic Psion mobile systems in the 1980s and 1990s.

When these devices first arrived, they revolutionised mobile computing, allowing those on the move to work with documents without a laptop or mains power.

The popularity of these devices was anchored on them having a long battery life and a physical keyboard, something that mobile phone maker Blackberry would make a signature feature of its phone hardware.

Eventually, Psion PLC was bought by Motorola after smartphones took over the niche occupied by devices like the Psion Series 7 and Apple’s Newton, leaving many of them to gather dust in office drawers.

Every dog has its day, but is the Psion philosophy about to make an unexpected comeback with the Astro Slide 5G?

When you order, you can specify the keyboard layout required on your phone, as Planet Computers have a very large selection to choose from.

With all respect to Planet Computers, Astro Slide 5G sounds like one of those enclosed theme park rides that present with a CGI video synchronised, or maybe not, with a clunky hydraulic movement system.

The makers hint at its true nature by also calling it a ‘Transformer Smartphone’, but this is clearly not making reference to any film franchise featuring giant robots.

Before we transform, at this device’s heart is an Android smartphone that uses reasonably high specification parts to justify a relatively high price.

Anyone expecting the complete retro experience with the Symbian OS will be disappointed.

Equally, those that prefer slim and elegant phones won’t be excited by the Astro 5G, as the transformation ability has expanded its waistline. At 18.7mm thick, this phone is a similar profile to one of those Chinese-made rugged phones with a 10,000 mAh battery. Except, this phone doesn’t have nearly that much battery capacity.

Instead, the designers of Astro 5G gave it a keyboard complete with cursor keys, shifts and Ctrl, all of the favourites.

To deploy the keyboard involves pushing the two halves of the system apart until the keyboard is sufficiently deployed that it can do a final pivot on the extended hinge to place the screen at an angle mimicking a tiny laptop.

The last part of that movement doesn’t feel entirely fluid, and if the engineering in this product has a weakness, it may be that hinge and the forces needed to move the keyboard in and out.

That feature aside, this is a relatively normal Android phone with a large and very colourful 6.39-inch AMOLED touchscreen and the typical selection of side-mounted buttons.

On the right side is a power button that’s also a fingerprint reader and the SIM tray that can take two Nano-sized phone SIMs and a MicroSD card. The left side has the volume rocker that most phones put on the right and a user customisable button.

One feature we especially liked was that this phone has two USB-C ports, one on each end, which seems a very sensible option. Not only does this give you the choice of having the charging cable to the right or left when in transformed mode, but it also enables a storage device to be simultaneously connected.

The USB ports are on the bottom keyboard layer so that when the screen is placed at an angle, the connections lay flat with the keyboard.

Another useful feature is the inclusion of a physical 3.5mm audio jack, avoiding the need to use one of the USB-C ports with an adapter. And, this device is also Qi compliant, allowing it to be charged without the need for connecting cables.

One area where the Astro 5G goes slightly off the beaten path is in the camera, the specifications of which we’ll discuss in more detail later.

But where the current fashion is to have multiple rear cameras to enable various Bokeh effects and focus tricks, the Astro 5G has just a single sensor on the rear and a flash.

The designer’s choice of sensor is an interesting one that demonstrates what one good quality camera can achieve compared to a host of lesser devices.

The camera is just one exciting aspect of the hardware inside the Astro 5G, which combines some predictable choices alongside a few surprises.

The Power Computers Astro Slide 5G that was sent to us for review came with the following hardware:

Many Chinese phone makers have gravitated to using MediaTek SoCs as they’re relatively inexpensive. They also don’t seem to be suffering the supply issues that have plagued other SoC makers, and they make many different SKUs tailored to fit different market niches.

The Astro 5G uses the MediaTek Dimensity 800 (MT6873), a high-end SoC that offers an integrated 5G modem and four Cortex A76 alongside four Cortex-A55 cores, all running at up to 2GHz.

Video is handled by an ARM Mali-G57 MC4 GPU based on the same Valhall architecture as the Mali-G77 premium GPU.

Placing this silicon against other popular designs, the Dimensity 800 is close to the Qualcomm Snapdragon 765G that saw service in the Motorola Moto Edge, OnePlus Nord, Vivo V20 Pro, Google Pixel 5 and Nokia 8.3.

When combined with 8GB of RAM and 128GB of storage, this SoC has all the credentials to run most Android applications smoothly, and GPU performance is good enough for VR or gaming scenarios.

What makes those uses especially attractive is the AMOLED 2340 x 1080 resolution panel that makes for highly saturated video and still images.

The only blot on this landscape is that the MediaTek chip doesn’t support Widevine L1 level video decryption, only L3. This version of Widevine does not have a Trusted Execution Environment (TEE) needed to run DRM encryption, and therefore any service that uses it, like Netflix, will only appear in 480p resolution.

We ran some unprotected YouTube content in 1440p resolution, and that looked incredible on this screen, so this streaming limitation is a missed opportunity.

Another way to experience what the screen can deliver is to use the cameras provided, with particular attention to the rear-mounted SONY IMX586 48MP sensor.

This is a very impressive camera sensor that can capture still images at a resolution of 8000 × 6000, though technically, the sensor is a 12MP device that uses a Quad Bayer colour filter array to create a 48MP of ‘effective resolution’. We’ve seen the same technology used in drone cameras to increase the quality of the images, especially in low light conditions, without using large and power demanding sensors.

The results on the Astro 5G are impressive, and it can also capture 4K video with anti-shake enabled. HDR is available for still image capture, along with a big selection of special scene modes.

Our only complaint about the camera technology is that if you use HDR on still images, it disables many of the special features. Captures are either jpeg or heif, with no RAW or DNG formats available. And, there are no HDR modes for Video.

Battery life isn’t huge, with only 4000mAH at the phone’s disposal, but it should get most users through a working day and well into the next. That’s also the same capacity that Samsung put in its Galaxy S21 and more than is in the Galaxy S22.

Overall, the hardware on the Astro 5G is either acceptable or good on most counts.

This is how the Planet Computer Astro Glide 5G performed in our suite of benchmark tests:

We’d characterise the performance of this phone as good, although not exceptional.

The MediaTek Dimensity 800 is a two-year-old design that’s recently been superseded by a new Dimensity 1200 platform. That’s a chip capable of locking horns with the Qualcomm Snapdragon 870 series SoCs, whereas the Dimensity 800 series is slightly less impressive.

That said, for most users, the performance of the Dimensity 800 in this device is more than enough power, even if they require more demanding applications that need decent GPU performance.

The 3DMark results show that this phone can generate moving 3D images without producing a slideshow, and its performance for productivity applications is well beyond adequate.

In short, the Astro 5G didn’t embarrass itself in the benchmarking, but faster phones are available.

There is something delightfully retro about the Astro Slide 5G concept that takes us back to the classic Psion machines of the past and how revolutionary they once were.

That’s undoubtedly the market that Planet wants to tap into, disgruntled Blackberry and Psion fans who miss those tiny systems and their miniature keyboards.

The keyboard here is somewhat more practical in size, even if touch-typing on one was an unrealistic aspiration for the sausage-like digits of this reviewer.

Ignoring the Astro 5G’s main party trick, this is a reasonably powerful phone with a high-quality display with an effective camera sensor and optics.

However, as good as this specification might be, these scores are not Samsung Galaxy S21 Ultra good, even if the Astro costs more than that device.

The cost could be the Achilles heel of this solution since adding a permanently mounted keyboard to a phone has a significant cost implication over a similarly specified phone without that feature.

There are numerous inexpensive Bluetooth keyboards that can be used with any phone to achieve much the same experience, though these are yet another gadget to carry.

The question any prospective customer needs to ask is how much do I intend to type on this keyboard? For occasional emails, it’s just something that makes the phone heavier and bulky. And, for users who need to enter lots of words each day, we’d seriously consider a Chromebook with a full-sized keyboard that allows for faster keying and a larger display.

That leaves a narrow area between these two requirements where the Astro 5G might be the right choice for you. 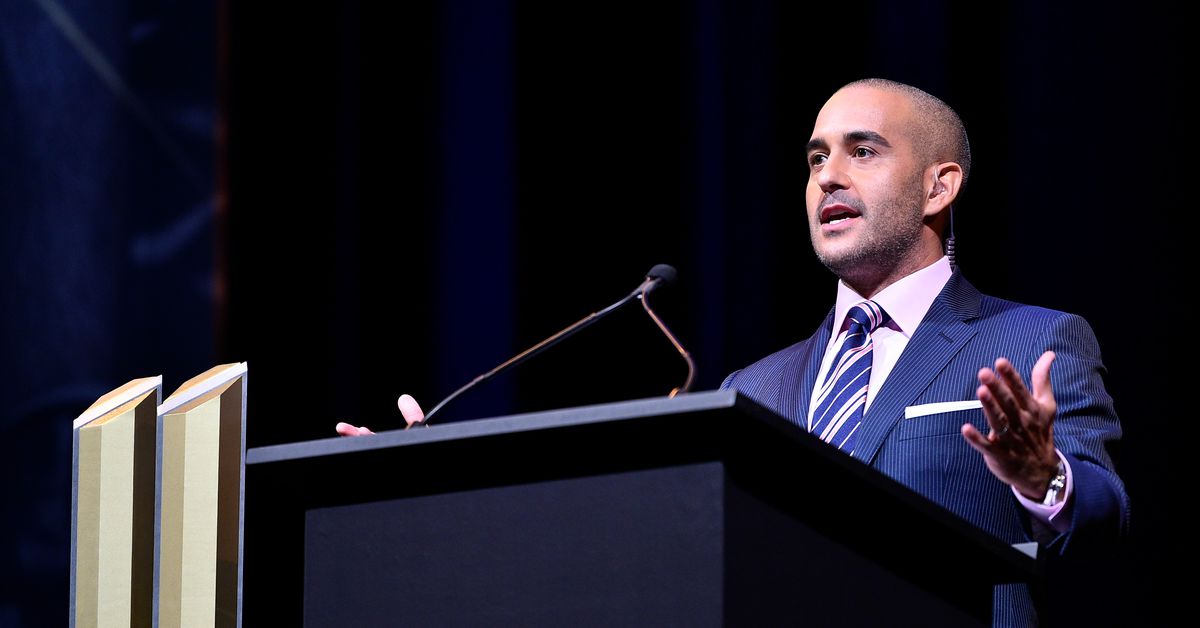