Drill music is one of the hottest sub-genres in the rap industry and is a global phenomenon. But veteran hip-hop producer Pete Rock recently called drill music “doo-doo” and said that it disrupts the soul.

On Friday (May 27), Pete Rock jumped on his Instagram account and shared a video post that has since been deleted featuring New York City Mayor Eric Adams addressing the violent nature of drill music and his plans to ban some of the genre’s music videos on social media. In the post’s caption, the esteemed DJ and producer wrote about his disdain for the genre.

“Drill rap! That’s trash hop not hip-hop I been told y’all about this kinda shit,” Rock wrote. “IDC call me what you want but that kinda hip-hop is doo doo and it disrupts the soul I told y’all that already man lol smh. Nobody speaks up on this trash lol.”

Pete Rock goes on to write that drill rap was made solely for corporate greed and is destroying hip-hop culture.

“Drill rap not even for the birds or the streets its the result of greed, people with no talent, and the destruction of the culture,” he typed in his since-deleted post. “Y’all never see the play when it’s happening and everyone complains but does not speak up and say a word. Now this! This how we [are] going out? [It’s] on social media but who is really promoting this? Talk about that. smh.”

Pete Rock’s criticism about drill music might make some rap fans frown, but the genre has been growing through some growing pains as of late.

Before that, in February, rappers Fivio Foreign, Maino, B-Lovee and others had a meeting with Mayor Eric Adams to discuss the violent content in drill music and search for an immediate solution to curtail the violence that is coming from the genre.

Mayor Adams said that he and Maino would “roll out something together” following their discussion but nothing has come to fruition as of yet.

Check out Mayor Eric Adams’ February 2022 press conference below. Fast-forward to the 29-minute mark to hear the mayor discuss his meeting with the drill rappers.

The 45 Most Important Hip-Hop Producers Since 2000

Here’s XXL’s picks of the most important hip-hop producers since the year 2000. 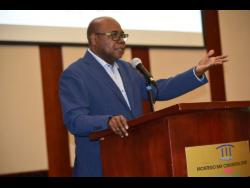 On the cusp of history: the most important 5km of Jai Hindley’s career (so far) - CyclingTips