Our Favorite Moments From RailsConf 2022

RailsConf held an in-person conference for the first time in two years, taking over the Oregon Convention Center in Portland for three days of keynotes, technical tutorials, and talks on developer culture.

The 16th edition of the gathering coincided with the announcement of three new Rails Core team members—including Shopify’s Jean Boussier—and two new committers. Themes at this year’s event encompassed the need for companies to proactively invest in the framework, security, the ins and outs of Active Records, the “build vs buy” debate, and work culture—from diversity to burnout.

Shopify had 15 speakers from our Rails team at this year’s event, including keynote talks by Rails Core team members Eileen Uchitelle and Aaron Patterson (aka Tenderlove). There was no way to see everything, so we’ve pulled out a few big themes that emerged for our wrap-up post, as well as key takeaways from Shopify developers.

The second day of RailsConf kicked off with Uchitelle—a senior staff production engineer at Shopify—giving a brief history of Rails, outlining the work of core contributors, and calling on more companies to invest in open-source work. Monoliths are pushing the boundaries of what was previously thought capable with the framework, and she sees the Rails Core team’s work as essential to building functionality for apps as they scale.

She challenged companies to establish open-source teams dedicated to improving Rails, rather than infrequent gestures such as “open source Fridays.” “How can Rails be less important than your product if your product relies on Rails,” she said. “It should be built into your company.”

Building for the long-term, rather than a series of monkey patches, will ultimately make products more resilient and workers more productive, she added, since open-source teams can ensure the codebase is cleaner and transitions more smoothly through upgrades to the framework.

“If you’re running on Rails 3, your version is 10 years old and so are your problems,” she continued, noting Rails is a hard framework to learn and engineers need to develop skills for it.

How can an engineer make the case to higher-ups to invest in a Rails team? Build relationships with internal allies who are close to decision makers at your company, and choose your words carefully. Language like “research” or “experimental” can imply unending goals. “Investment” and “measurable” are more likely to bend the boss’ ear. And if you can’t convince leadership that open source is important, “consider leaving,” she said.

Not all the talk at RailsConf was technical. Over the three days, sessions covered everything from improving internal communication and giving feedback, to burnout and job satisfaction. Vaidehi Joshi, a Portland-based engineering manager at Vimeo, closed out the event with a personal account of her journey from learning to code, to landing a dream gig, overworking, burning out, taking time off, and ultimately recalibrating her priorities.

While imposter syndrome and being fearful of speaking up aren’t exclusive to the tech sector, Joshi said there are aspects of programming that can lead workers to feel disengaged. The work can sometimes feel ephemeral, with developers spending months on projects with no guarantee that code will ship. Projects can sometimes be deprioritized due to circumstances beyond a developer’s control, and the need to refactor code can give a sense the work is fruitless or never really done.

Earlier on the same day, Crystal Tia Martin, a software developer and Principal Consultant at consultancy Slalom, broke down the tendency of developers to view themselves as “rescuers,” and how that can lead down a slippery slope toward feeling like a victim. During her morning keynote, Martin explained her own techniques for resisting the urge to get mad during meetings—pause, breathe, be aware of your physical triggers—and pushback productively rather than burn bridges.

Serious introspection, recognizing behavior patterns and learning to intuit our own needs—and those of others—are all ways the suggested a dev on a downward spiral can start to break the cycle.

Throughout the conference, four sessions often ran concurrently (in addition to a workshop), meaning it was impossible to see everything. Many also spent time in the “hallway track,” hanging out and meeting people IRL after two years of pandemic Zoom calls. RailsConf is hosting a virtual “home edition” on June 15-16, and videos of the talks will become available for all in the weeks after that.

We hosted an unofficial RailsConf after party on Twitter Spaces so Shopify team members could discuss the best things they saw. Keynote speakers Uchitelle and Patterson were joined by Ufuk Kayserilioglu, Mike Dalessio, and Gabi Stefanini. We also asked attendees from Shopify to tell us some of the biggest things they learned. Talks on automating Rails upgrades, security and data privacy, and talks on the history of computer science—technical and social—were among those attendees are looking forward to watching (or rewatching) when the videos surface online.

“There’s been a lot of change, a lot of new faces, a lot of first-time speakers and I loved that,” Stefanini told the Twitter audience. “I loved seeing new folks from the community showing up and going up on stage. The quality of the talks they were giving was awesome.”

Stefanini highlighted Senior Software Developer Andrea Formera’s talk about upgrading Rails and the process she went through and documented. The session delivered “a well-defined way to do that,” she added. Dalessio noted that Shopify has 300 to 400 Rails services, so “when people ask us how we should upgrade things, we can send her talk and problem solved.”

Kayserilioglu gave a shout out to Gusto’s Alex Evanczuk who examined the kind of tooling and architecture needed as Rails scales to what he called “Big Rails.” He covered componentization, packing, architecture, and how engineers can approach the modularization of their code bases.

A couple panels also looked back in order to ponder the future. A conference highlight for Patterson was Shopify Senior Production Engineer Nick Schwaderer’s talk on Ruby Archaeology. The session covered three discontinued gems from coding history that speak to the present moment.

One example was Merb, a lightweight precursor to Rails 3 that eventually merged with Rails. Schwaderer said the moment now symbolizes the community putting aside pride and uniting to work together.

Another talk that was popular with Patterson, Uchitelle. and Stefanini was The Mrs. Triggs Problem by Rubyist Andy Croll. Shopify Senior Staff Developer Jacques Chester joined the Twitter panel and called Croll’s talk an “outstanding, thoughtful, and funny” look at the “role of women in the history of computer science.” “That was one of my favorite, favorite talks of the conference,” added Patterson. “Andy’s talk was extremely informative and thought provoking.”

Bring your best takeaways and join us for a virtual @RailsConf Afterparty on Twitter Spaces this Tuesday and let’s talk about the best of this year’s event on Twitter Spaces — hosted by @flavorjones! 👇 https://t.co/ftRchPzzaU

One of the things I loved about RailsConf were the “wow” technical moments. For example, I knew never to turn user input into a regular expression (regexp), but I had never heard of regexp DOS attacks before RailsConf. I’m rethinking how I write regexp validations now that I know user strings can be formatted to trigger the worst case mode for parsing and tie up processing resources!

Eileen Uchitelle’s call to action for all of us to start contributing to the Rails open source framework was incredibly inspiring. It’s so easy to see Rails as a mature, perfect framework that’s smoothly maintained. I appreciated her reminder that we all are responsible for maintaining Rails, and we cannot assume that a few big companies can represent our entire Rails community. She gave us great ideas for ways to get started contributing, and I love that she asked every company who uses Rails to prioritize contributing back to the framework.

What stood out to me were the keynotes. Each was such an important call to action, whether it was contributing back to open source, finding your place on a team, or looking after yourself and avoiding burnout. I also found all the conversations at our booth and in the hallway really rewarding. It was great to hear what people were working on and field their questions about Shopify.

My biggest take away from RailsConf 2022 is how energized and passionate the Rails community continues to be as the framework evolves. With developer happiness at its core, Rails is still a great way for people of all backgrounds to get started developing software in an effort to build tools that shape our world.

Want to learn and grow alongside a world-class Engineering team? We’re always on the lookout for talent and we’d love to hear from you. Visit our Engineering careers page to find out about our open positions. 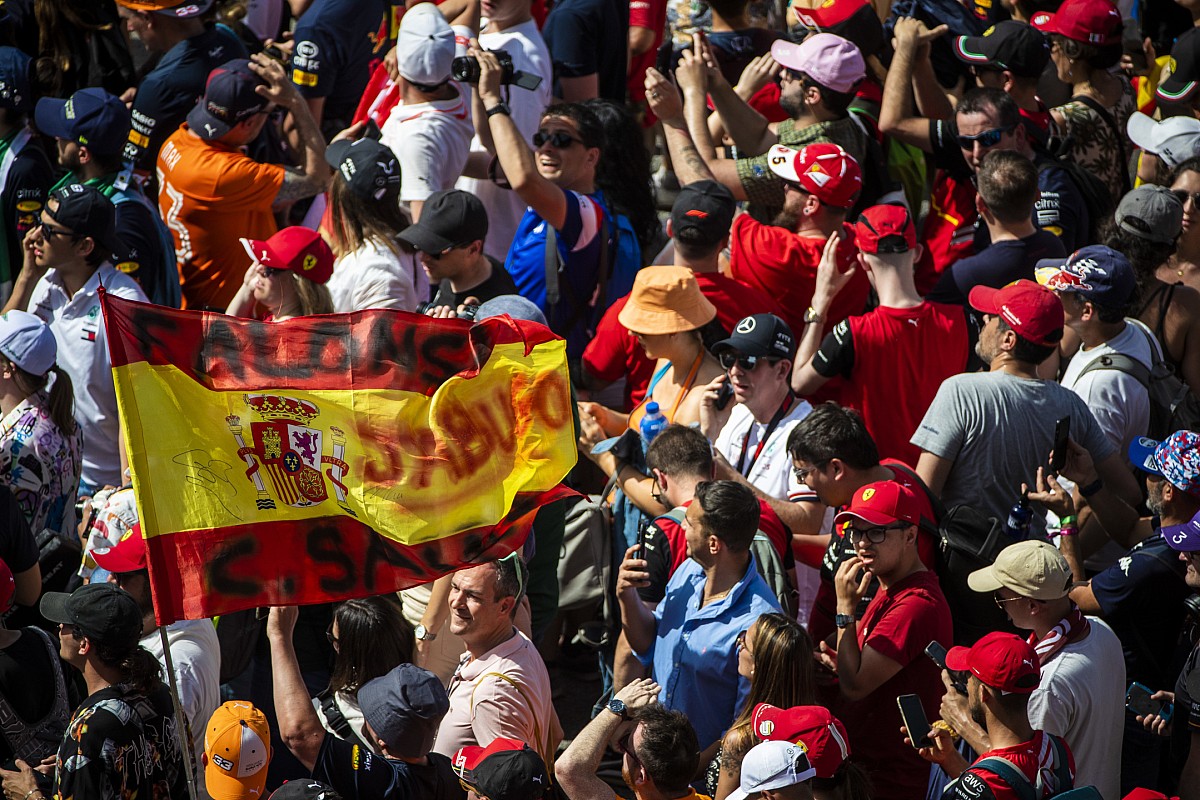