The Onyx Boox Nova Air C is an update on the black-and-white Nova Air we tested last year. While the Nova Air proved a capable device, bolstered by the versatility that comes from running Android with Google Play support, the Nova Air C doubles down by offering a very similar experience but with added flexibility through the provision of a color LCD layer over the top of the E Ink display.

There are really only two trade-offs. First, the Nova Air C is a little more expensive than the Nova Air. Second, the display in the newer model is slightly dimmer and grayer because of the light lost to the LCD layer.

However, the tablet more than makes up for this with the extra information it’s able to provide with the move to color. Grayscale can only go so far, and the addition of color makes graphics, charts, tables, notes – you name it – more information-rich. Not to mention the benefit that color can bring to websites and comics.

The Nova Air C delivers enough flexibility to work as an ereader or digital note-taking device, while also moonlighting as a basic Android tablet.

You won’t want to make this your default entertainment device, since even its fast E Ink refresh rates come with considerable smearing, unable to keep up with even the most basic tablets. But it can do just about anything you’d want from an Android tablet in a pinch. You can load up a YouTube video, pair it with a Bluetooth keyboard, and type up documents or notes in Google Docs.

While the limited color range of the display may be a limitation in some arenas, the display tech of the Nova Air C gives it a huge edge in terms of battery life. On the sunniest day of the year, you can use the Nova Air C outdoors for hours on end while barely making a dent in the battery.

Do the same thing with any LCD or OLED tablet, and it will likely survive only a couple of hours before requiring a recharge, because you’d have to max out the backlight to be able to see anything on-screen.

For its versatility and convenience, while also delivering a quality experience at a fair price, the Onyx Boox Nova Air C is just as easy to recommend as the Nova Air before it.

The Onyx Boox Nova Air C is near-identical to its predecessor. Where the Nova Air had a light, silver chassis, the Nova Air C swaps this out for a matte black finish. Otherwise, the dimensions are unchanged.

Nevertheless, the lack of change still leaves us with a quality ereader. The Nova Air C has narrow bezels for an ereader, letting it pack a 7.8-inch E Ink Kaleido Plus display into a frame that’s about the height and width of a standard hardcover book. It’s thinner than a paperback novella, however, and not much heavier than a typical smartphone at 245g (only 5g more than an iPhone 13 Pro Max).

The frame’s change of color may be about more than just aesthetic, though. As was the case for the Onyx Boox Nova 3 Color, the introduction of a color LCD layer here acts as a bit of a light block for the E Ink display beneath. Side-by-side with the standard Nova Air, the Nova Air C’s screen is much darker.

For reading books and articles, the dimmer display proves more difficult to use in dim environments. Fortunately, the Nova Air C features a two-tone backlighting system that can provide ample brightness as needed and deliver varying color temperatures.

The addition of a color layer on the Nova Air C dramatically extends the capabilities of the ereader. While Onyx has done a commendable job getting grayscale to work in the black-and-white iterations of its tablets, the data that color can help convey on the Nova Air C makes it far more useful. Documents, note-taking, study materials – any visual content in fact – is that much more detailed with color as an option.

However, color here isn’t anywhere close to that delivered on even a cheap tablet’s LCD display. For one, the color layer has only a third of the resolution of E Ink at just 100ppi to the 1,872 x 1,404 E Ink layer’s 300ppi. Color isn’t vibrant here, and the depth is incredibly limited, reaching just 4,096 color shades where a typical LCD will reach 16.7 million.

The tablet’s recreation of that color is also lacking, with either shadow details, clear edges, or proper color being traded out for one another. There are controls for adjusting the picture, and we found that bumping up the brightness significantly with a degree of “vividness enhancement” got us close to what we’d see on a normal computer display for web browsing, but this was at the cost of clarity in fine, dark lines – such as small text.

This can be retrieved by bumping up the dark enhancement, but that sees shadowy areas in images sink into pitch black. This isn’t to say the image is always poor; just that it can take some tinkering to find a suitable setting for the task at hand. Reading a book, flipping through a comic, and scrolling a web page will all benefit from different settings.

The display technology also has its limitations in terms of refresh rate. This can be adjusted – opt for a slower refresh that makes for a clearer picture, for example, or it can be sped up to the point that you can watch video content or smoothly scroll documents and web pages.

But the faster the screen goes, the greater the chance of there being a latent after-image left on-screen. It’s a minor distraction that didn’t prevent us from reading web articles and the like, but the Nova Air C will become a last resort for watching video or playing games.

That refresh rate doesn’t limit the stylus, however, which writes onto the display almost instantly for supported apps, making for a superb, digital note-taking option. Onyx also includes the stylus with its tablet, while other companies charge a considerable premium for their styluses.

All this capability comes packed behind an Asahi protective glass layer that feels great under fingers and the stylus. The Wacom-powered stylus is the same model that accompanied the Note Air and Nova Air, featuring a ribbed circumference and one flat edge that magnetically connects to multiple spots on the tablet. The magnet is still too weak to hold it on securely, however.

It’s in this area that the Nova Air C, like the tablet before it, differentiates itself from other ereaders. From the outside, the Nova Air C is clearly an ereader. But on the inside, it’s an Android tablet.

It runs Android 11, albeit with a highly customized interface, and comes loaded with a modest eight-core processor, 3GB of RAM and 32GB of storage. Given what it might be tasked with as an Android tablet, it even boasts Bluetooth 5.0 and dual-band Wi-Fi 5 connectivity.

Now, the chip inside isn’t insanely powerful. It’s fast enough to jump between lightweight apps, and it happily kept up with web browsing in Chrome. We were even able to load up videos on YouTube and Crunchyroll in the browser, and see them play back smoothly, even if the visuals weren’t ideal.

While the tablet doesn’t offer Google Play and all the apps within out of the box offering, a short process to enable Google Play brings it on board. Your experience with these apps will vary, since not all are built to support such a color-limited device; but even in apps that it isn’t perfectly suited for, it can often make do.

The Nova Air C is a great device for document-focused tasks, and can even help with more visual-studying situations, such as exploring Memrise or Khan Academy. The additional color available over the Nova Air makes these study resources significantly more useful.

That app store access also provides a huge resource for readers. While some ereaders are restricted in terms of where you get books from or the file format they’re in, there are few limitations with the Onyx Boox Nova Air C.

Not only does it support plentiful file formats in its own reader app, but you can install lots of different apps from which to read. Install Comixology or Crunchyroll for comics; load up the Kindle app for the whole library of Amazon’s ebooks; jump into the app your public library is using, such as Overdrive or Hoopla.

You’ll quickly be able to start downloading ebooks directly to your device – there are no weird hoops to jump through of the kind you’d encounter on a Kindle (except for the initial hoop of getting Google Play, of course).

With Bluetooth, the Nova Air C can also turn into a compact, on-the-go laptop substitute by pairing with a keyboard. The flexibility to shift from handwritten notes to typed ones, or even document-editing in Google Docs or other note-taking apps, is powerful for an ereader.

Performance may not be the star of the show on the Nova Air C, but battery life certainly is. Even though the tablet comes housing just a 2,000mAh battery, charged via USB-C, its E Ink display and LCD layer don’t burn through a ton of power.

While a standard tablet displaying a static image will constantly use power for the backlight, the Nova Air C uses next to none. That’s how the display is able to continue showing color content even when the tablet is powered off.

The Nova Air C offers up to four weeks of battery life in standby mode, but you can expect more than that if you let the tablet turn itself off following extended periods of non-use.

Just how long the tablet lasts in actual use will depend largely on how it’s used. Reading ebooks with the Wi-Fi and backlights off, you’re likely to get absurdly long battery life. Trying to stream cartoons for hours on end with the backlights on, battery life will be more in line with that of a normal tablet.

To look at it simply, at worst the Nova Air C will last as long as a normal tablet; but it can last several times longer if used as an ereader. And, if you love to use a tablet outdoors – a scenario that would require a much brighter screen and extra battery use for a tablet or laptop – you’ll actually get to use less battery power because the screen only benefits from external light.

Should you buy the Onyx Boox Nova Air C? 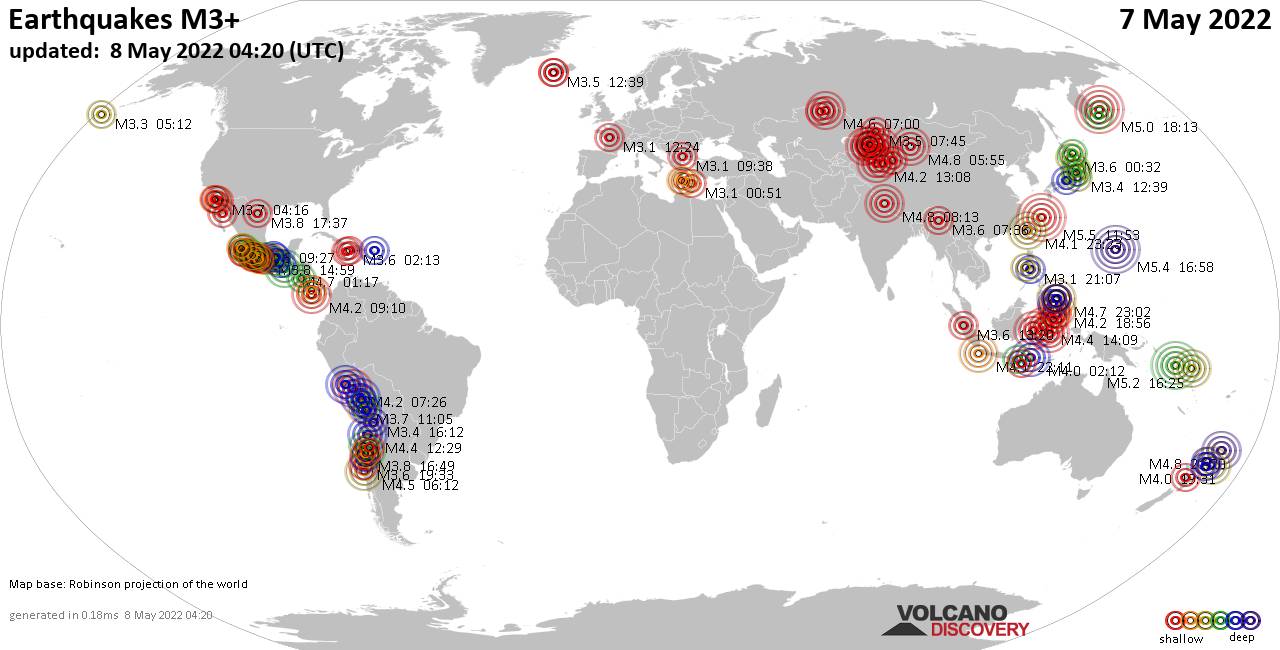 World Earthquake Report for Saturday, 7 May 2022 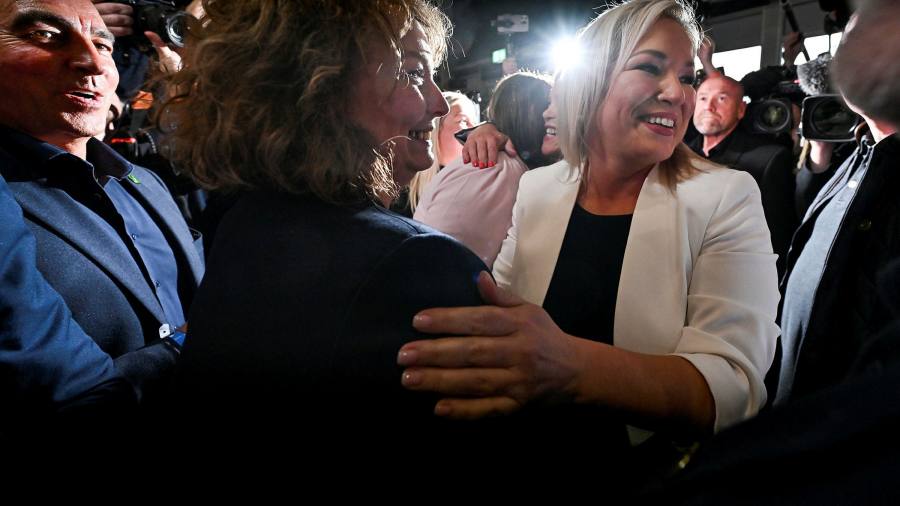 Northern Ireland’s politicians must get to work