Met Gala: slayed. New album: dropped. Mental health: under control. Camila Cabello’s 2022 has been filled with healing and highs as she continues to reel in the success of her third album, Familia. The Spanglish LP was a mix of reggaetón, mariachi, and pop perfection, and it served as a real, introspective look into the “Boys Don’t Cry” singer’s life and psyche — and damn, Cabello’s proud of it.

“Oh my god, I feel so good about it,” she tells Rolling Stone with a soft smile over Zoom. “Right now I’m really grateful that ‘Bam Bam’ has connected with people. I’m focusing on just celebrating that. I fucking love it so much.”

The no-skips LP features collaborations with Ed Sheeran, María Becerra, Willow, and Yotuel, among others. It also touted some of her most personal lyrics, as she sang on “Psychofreak,” “Sometimes I don’t trust the way I feel/On my Instagram talkin’ ’bout, ‘I’m healed,’/Worryin’ if I still got sex appeal/Hopin’ that I don’t drive off this hill.”

Like with the album, a trip to Cabello’s social media pages sees her sharing similar candidness. She often shares reminders about mental health (“It’s life-saving to talk about it,” she says) and uplifts the voices of activists standing up for immigrant, LGBTQ rights, and reproductive rights (“It’s tragic [that] the people affected are not having a say,” she recently told Variety.) In other words, Cabello keeps it real.

Weeks after dropping her third album, and ahead of her Pepsi opening ceremony performance at the 2022 UEFA Champions League Final later this month, the singer spoke to Rolling Stone via Zoom about her lyrical vulnerability, the importance of “Real Friends,” and why she’s so vocal about her mental health:

I don’t know what you put in “Hasta Los Dientes,” but that song hits.
[Laughs] Oh my god. I just saw the last cut of the music video yesterday. It’s kind of like space vibes; like a performance on a spaceship.

What’s your current favorite song on Familia?
“No Doubt.” I performed it recently. You’ll see soon. But I was like, “This is hitting.” Just something about that reggaetón beat and the melodies. It was just a sexy performance. I fuck with this song.

I’ve gotten so many compliments. As I walk around New York, and I’ll be like, at the park and somebody will be like, “I really, really enjoyed your album.” And they’ll say it so sincerely that it just resonates. I’m just so grateful that the people that have connected with it deeply and truly, and that feels really special. I saw some fans be like, “I feel like I know her more now.” That’s what it’s about. I fucking love that.

You were saying that people said they got to know you a little better. There’s this deep vulnerability that really stood out on the LP. Was that cathartic for you?
It was honestly life-changing for me. And I feel so grateful to be able to say that about an album. It’s not something that I was just like, “Yeah, like, it was cool. And yeah, and here it is.” The whole journey of it for me was like being able to be in a room where I feel like I just tapped into really being vulnerable and really being honest. And talking about things that I have gone through that I never spoke about before was really healing for me. It just made me so much more open and vulnerable in my friendships, and then in my performances, and then in my interviews. It had this domino effect on every other area of my life.

On this album, you have your core set of collaborators and even shout out [Shawn Mendes songwriter] Scotty [Harris] in one of the songs. How do you choose your collaborators? And why is it so important to have the right people surrounding you?
I feel like choosing collaborators is just as important as choosing your friends or romantic partner. It’s got to be somebody I feel safe with, somebody that I trust, that I know that I could talk about anything, and I could talk about the most fucked up thoughts that I have. And they’ll be like, “Oh, interesting. That’s cool. We should explore that more.” It’s the same qualities I look for in every relationship. It’s just good people that I feel like I can be myself with because that affects the music. I’ve been in rooms before where I didn’t feel like I could be totally myself. I felt like I had to put on a show and that changes the music because the music suddenly sounds like that. It’s like you’re choking yourself off.

You talked to Variety about confidence and learning to say no. What has led you to be able to gain that sort of confidence in yourself?
I have a lot of teachers in my life and I was thinking about my friend Alok V Menon. They’re a non-binary poet and artist. They will always remind me when I have insecurities, or when I’m people-pleasing, or when I’m not being honest with somebody because I don’t want to hurt their feelings. They’ll literally be like, “You got to stop people-pleasing and start pleasing yourself.” And I think the teachers around me in my life — and sometimes they come in the form of a therapist, or a book, or a friend — really inspire me. When we hang out, it almost feels like it gets the unsaid rule of just like, “No bullshit, and be honest.” And I feel like that comes with saying no, too. If I don’t want to do something, don’t lie; just be like, “I’m sorry, that’s not for me right now.” I feel like that leaves you with the people in your life that really love you for you and know you for you.

The friends that I have in my life now will be like, “Girl, honestly, I’m so proud of you for taking care of you. Like yes, listen to that voice. Get that introvert time. Take care of you. Keep doing it.” There are people that get it and will encourage that.

I love that. You’ve been so open about mental health and I think as a Latino, that’s something that is always like, “Don’t talk about that shit.” Why has being vocal been so crucial for you?
There are different degrees to which people struggle with mental health, but I think, whether it’s life-changing or life-saving, when you bottle that shit up, and you pretend, it eats away at your health. It eats away at your energy. It is so detrimental and I fully believe that trauma and mental health is physical health. It’s a public health crisis [and] people not talking about it. It leads to so much sickness in the world, so much violence in the world, so much mental illness in the world.

Having these conversations — especially in the Latin community — I feel like I want to talk about it more in Spanish and with that community too. Even talking about it with my family, it’s so different. There’s such a stigma, and you’re perceived as weak or not strong, or just like, “Fucking snap out of it.” Especially in certain cultures, that’s the messaging and it kills people. It’s so necessary for us to be able to talk about the human experience, which is hard sometimes.

“I fully believe that trauma and mental health is physical health.”

You’ve been outspoken about the recent news surrounding abortion rights and Roe v. Wade. What made you want to speak up?
I’m honestly just furious. Like a lot of women are. Hearing women’s stories, hearing friends’ stories, and knowing me and my body as a woman. There’s this quote that “forced pregnancy is literally a form of torture,” no matter what the circumstances are. Whether it was sexual assault or whether you’re just not ready emotionally, financially, or physically. It’s crazy that something like a mistake will literally change a woman’s life forever, especially women who financially don’t have the resources. Because it’s so true that rich women are still gonna continue to have abortions. It’s just going to affect women that can’t [afford them].

You’re heading to Paris for the Champions League Final. Your dad’s Mexican. Are you a big soccer girl?
Probably like once a year! I watch the World Cup because it’s all the Latin American countries. Of all the sports, soccer is the one that I understand because I don’t understand any of the other ones, but I understand soccer. And it’s the one I get the most hype to see. I’ve actually always wanted to go to a soccer game. This is a great way to do it. And also, you know, I’m coming for the boys too, honey. I love a soccer boy! 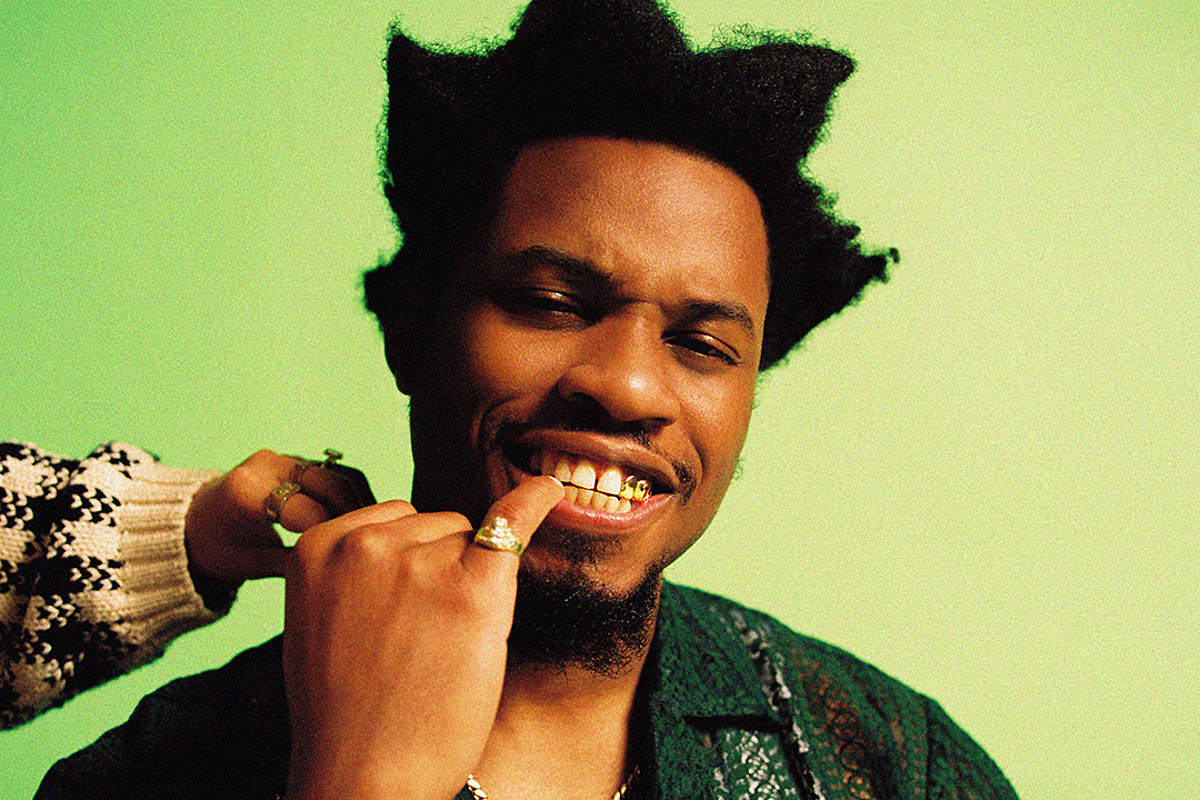 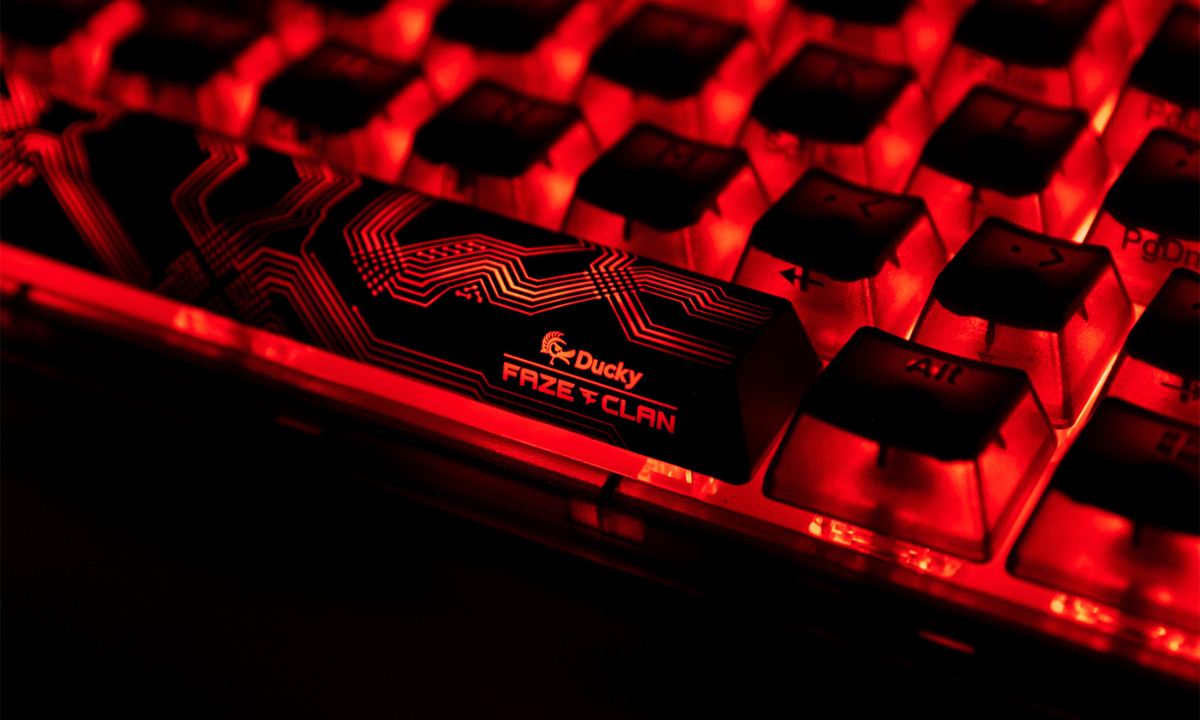