Architect Ludwig Godefroy used concrete to create a cavernous structure with a central pool that is designed to facilitate natural cooling for a hotel on Mexico’s Pacific coast.

The two-storey hotel — sited in La Punta Zicatela near Puerto Escondido — contains nine rooms and encompasses 600 square metres.
“The name, Casa TO, comes from the idea of serene contemplation of an enclosed space, like the reinterpretation of a Oaxacan temple, generating a radical sensory experience upon entering,” said the hotel.
Casa To by Ludwig Godefroy is situated in a tropical town in MexicoAccording to the hotel, the project required a structure that provided cooling during the day to deal with the hot temperatures of the region.
In order to accomplish this, Godefroy designed gardens for the six rooms on the ground floor and terraces and outdoor baths for the rooms above.

The architect wanted to merge the hotel with the outdoorsAll the rooms were laid out on one side of the property and given multiple exposures in order to create cross-breezes to help cool the interiors.
The centre of the space is occupied by a pool that runs the length of the property. This space’s walls, floors and ceilings are made of cast-in-place concrete, lending it a cavernous quality.
It is flanked by stepped seating, which brings guests from their suites down to the water or up to a rooftop to enjoy views of the surrounding jungle.
According to the hotel, “the structure evokes the reticulated pattern of two historical hydraulic works of timeless beauty” citing 6th-century AD Yerebatan Sarayi of Istanbul and Hornsey Wood Reservoir in London as inspirations.
A pool runs along the entire length of the buildingTransversal walls pierced with large, circular openings cut through the pool and break up the space into smaller areas that give guests more privacy.
“The interior views create an oasis enclosed by the sky, the weight of the walls, and the vegetation of climbing plants and fruit trees including bananas and passion fruit,” it added.
Raw concrete was used throughout the exterior and interiorRaw concrete was used throughout the hotel and left as an exposed finish in guest rooms and public areas. The material was also used for built-in furniture, such as benches, shelving, vanities and even the guest beds.
“The natural surroundings of Casa TO defined the interior design, inspired by the natural pattern of a Madagascar Blue Bismarck palm tree (Bismarckia Nobilis) standing on the original site,” the hotel explained.
Casa To’s walls are pierced with large, circular openingsThe interiors are softened by custom furniture and designed by local craftspeople, colourful rugs and tapestries, and an abundance of potted plants.
“Godefroy interweaves aesthetics and functionality, emphasizing the honesty of the textures of the raw materials, such as concrete, steel, clay and wood,” said the hotel.

“Furniture built by expert carpenters from Puebla, Guadalajara and Oaxaca conveys a sense of simplicity and delicacy,” said Casa TO.
The pieces seen in the hotel may be purchased by guests “under a fair trade model”, according to the hotel.
The interior is informed by the surrounding landscapeLudwig Godefroy is a Mexico City-based architect that established his practice in 2011.
Other projects that his eponymous firm has completed include a home in Mérida that drew inspiration from Mayan architecture and another property in La Punta Zicatela with an introverted design that the architect likens to a “fortress”.
The photography is by Jaime Navarro. 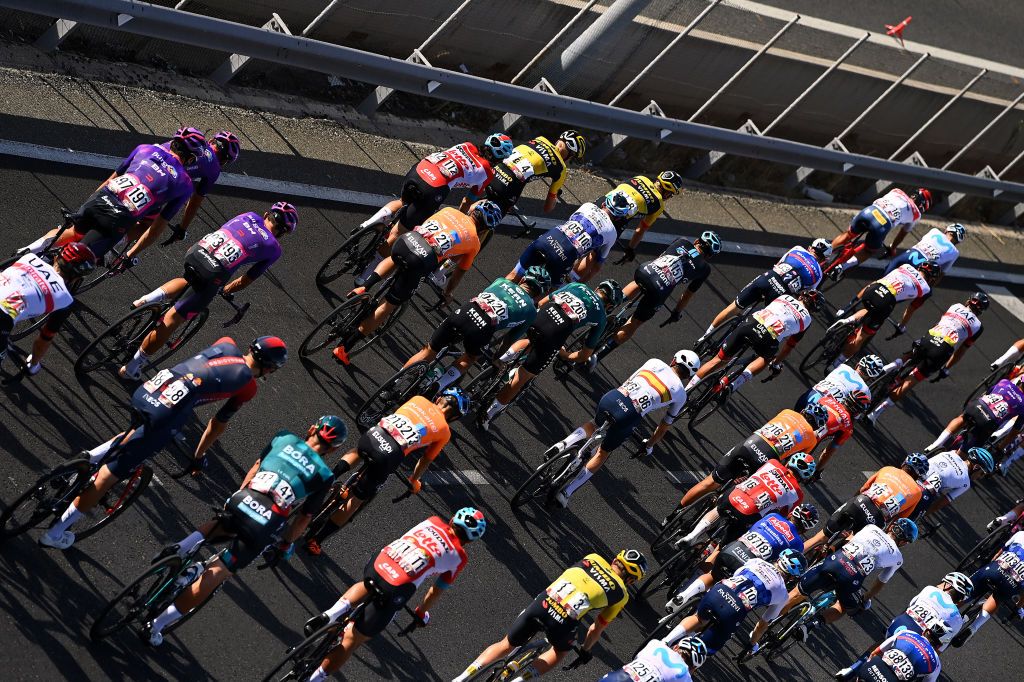 UCI open to WorldTour points system adjustments but not a revolution