The Lenco LS-410 combines the retro joys of vinyl with up-to-the-minute wireless streaming technology, adds a loudspeaker array and plenty of amplification, and packages it all in a box that looks and feels nicer than it really has any right to at the price.

It’s painless to set up, can be connected to an external system and has an input for yet another source of music. And it has a dust-cover too. Really what more could you ask for from a record player?

It would be churlish to ask for more where Bluetooth sound is concerned. The Lenco sounds quite expansive, muscular and detailed when streaming wirelessly – it’s not the most practical $260 / £220 Bluetooth speaker around, but it’s far from the least enjoyable.

But it all falls to pieces when playing vinyl. The tonearm and its associated controls feel insubstantial – and that’s the way the Lenco sounds when it’s playing records, too. And it’s further undermined by a slight, but undeniable, tendency to wander a little bit where rotational speed is concerned.

It’s a great pity, because in principle the Lenco LS-410 is a fine idea. We would have happily accepted a higher priced device if the engineering was more robust – that would make the LS-410 a genuine contender. Read on for our full Lenco LS-410 review.

There’s an awful lot of tech packed into the LS-410 for that modest price – if you’ve got access to an outlet, a smartphone and a vinyl record, you’ve a multi-source all-in-one system ready to go. But, of course, offering features and functionality is only half the battle…

The Lenco LS-410 is functional rather than luxurious where materials are concerned, but the combination of metal, plastic and wood is nicely constructed and properly finished. There’s really nothing to find fault with where build quality is concerned, certainly not as far as the cabinet goes.

Beneath the aluminum platter (which comes with a felt mat) there’s a fairly substantial box in which the record player keeps 50 watts of amplification, a four-strong speaker driver array (each firing out through the criss-cross metal grille at the front), a switchable phono stage and Bluetooth reception-related circuitry. It stands on four pliant feet that are designed to isolate the cabinet from vibration and ook a lot like the classic ‘half a squash ball’ isolation solution so beloved of hi-fi tweekers.

On top, there’s a sturdy plastic dust-cover. Lift it up and you’ve got access to the turntable itself. This is a belt-drive design, and there’s a straight tonearm pre-fitted with an Audio-Technica cartridge – all you need to do to set it up is fit and adjust the counter-weight. Beneath the tonearm, there’s a little control-panel: an on/off/input selection button, play/pause, a 33.3 or 45rpm speed control and a dial to regulate volume.

As much as we like the way the cabinet is constructed and finished, we have to be a fair bit more qualified about some of the fixtures and fittings. The tonearm itself doesn’t feel all that substantial, the mechanical lift that raises or lowers it feels flimsier still, and the clip to keep it secure in its cradle feels flimsiest of all.

The rubbery control buttons move around beneath your finger more than we’d like. The entire tonearm mechanism and drive motor are attached to a suspended plate that has a (perfectly acceptable) degree of movement in it, but there’s more movement in the tonearm assembly itself than is either expected or sensible.

At the back of the cabinet there’s an input for mains power, a switch to turn the integrated phono stage on or off, and stereo RCA outputs – the LS-410 is a self-contained system, but if you want to run it into a bigger system or more powerful amplifier, the option is there. There’s also a 3.5mm analogue input for auxiliary equipment.

As we said, your $259 / £219 buys plenty. Good luck finding many other self-contained vinyl/Bluetooth system with speakers at this sort of money.

You’re not short of choice for wireless speakers at this price, but the Lenco LS-410 is among the better ones. Admittedly the fact that it’s outlet-powered and fitted with a turntable make it a lot less portable than most other Bluetooth speakers at this sort of money, but the fact remains: give the LS-410 a half-decent digital audio stream to deal with and it does very decent work.

Bluetooth 5 proves more than capable of getting a nice big hi-res TIDAL Masters file of Robert Wyatt’s Old Rottenhat on board, and once it’s there the Lenco gives a full account of it. It has impressive low frequency presence, but doesn’t let bass sounds get carried away or overstay their welcome. Instead they’re properly controlled, reasonably detailed and give the midrange plenty of space to do its thing.

‘Its thing’ in this instance turns out to be a communicative and detailed delivery of the characterful vocals. The voice is nicely isolated but nevertheless integrated into the rest of the performance, and the LS-410 creates a big enough soundstage for a singer to stretch out a little. At the top end things are played pretty safe, with treble sounding just slightly blunt when compared to the rest of the frequency range – which, while not ideal, is preferable to overt hardness or harshness.

This isn’t the most dynamic sound you ever heard, for sure, but neither is it the most inhibited. And when it’s put into proper context, the LS-410 is a perfectly likable and periodically quite impressive Bluetooth speaker.

Unfortunately, that’s not quite the case when listening to vinyl. The solidity of its low-end presence is undermined when listening to a copy of Devo’s Are We Not Men? and is replaced by a less positive and less detailed version. The midrange is still quite spacious, but it sounds slightly phasey – and that’s the case at the top of the frequency range too. Much of the certainty the LS-410 exhibits as a Bluetooth speaker falls away, and the result is a sound that’s undemonstrative and rather pedestrian.

Most unhappily, though, is the relative lack of rotational stability the turntable exhibits. Even tiny discrepancies in what should be 33.3rpm are audible, and once you’ve heard them they’re impossible to un-hear. For whatever reason, the Lenco doesn’t maintain speed perfectly – and the sonic results are deeply off-putting.

Not convinced by our Lenco Ls-410 review? Here are three more record players we think you should consider. 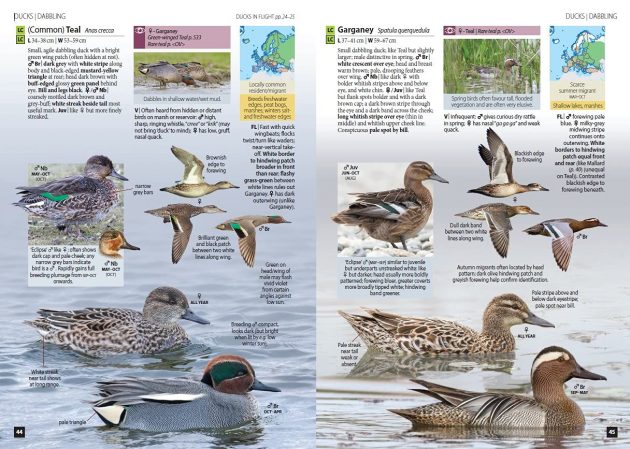