Inside the subtle and successful Warriors moves in Game 1

It was a relatively subtle chess move in Game 1 of the Western Conference finals involving Draymond Green, though it’s hard to say anything involving Draymond and his cosmic effect on the Warriors defense could possibly be subtle.

You change things up just a fraction of a sliver of a blink with Draymond’s assignment or positioning and everything is altered. Things are disrupted. The game mutates. Usually, the Warriors get an advantage.

So while Steve Kerr and his staff put Andrew Wiggins on the main stage Wednesday, playing Dallas superstar Luka Dončić pretty much straight up for most of the game — and doing it brilliantly — the Draymond gambit might’ve been almost as important and, after the Warriors’ easy 112-87 victory at Chase Center, might have just as much influence on the entirety of this series.

The move: Kerr put Draymond on Jalen Brunson, Dallas’ key secondary offensive playmaker, which seemed to throw Brunson off, erased him as an outlet for Dončić and put extreme pressure on the other Mavericks to make plays. Which just didn’t happen.

“I always want Draymond in the fray,” Kerr said after his postgame news conference when I asked about the Draymond-Brunson matchup. “So with Wigs on Dončić, Draymond on their other playmaker, I think it makes sense. Just to put our two best defenders on their two best offensive threats.”

On the night, Brunson made only 6 of his 16 shot attempts, was 0 for 5 from 3-point distance and scored only 14 points. He has taken over sections of previous games this postseason by driving into the lane and finishing strong or getting his defender on his back and hitting a run of fall-away midrange shots.

By putting Draymond on Brunson, at least for a game, the Warriors just about eliminated all of that.

“He’s a huge factor for them,” Kerr said of Brunson. “He’s a helluva player. He’s got kind of an old-school, unique game, where he just gets downhill, uses his strength. He’s got a lot of up-and-under moves, footwork, pivoting. He’s a handful.

“That’s how much respect we have for him, that we’re going to try to keep our best defender on him.”

The Warriors don’t have as many great defenders as they had in their championship years, especially with Gary Payton II and Andre Iguodala injured. But they still have Draymond and a surging Wiggins and that, for Game 1, was plenty.

Dončić made only 6 of his 18 shots (3 of 10 from long distance) going up mainly against Wiggins (and some zones, including a box-and-1 for a few minutes in the second quarter). Luka couldn’t play off of Brunson. Who couldn’t play off of Luka. Meanwhile, Reggie Bullock was just 4 of 12, Dorian Finney-Smith was just 2 of 6, and Maxi Kleber was just 1 of 4. The only secondary Mavericks player to get going a little was Spencer Dinwiddie, who made 5 of his 11 shots overall and 3 of 7 from distance for 17 points.

There will be Dallas adjustments for Friday’s Game 2, of course. Just last week, the Mavericks were taken apart in Game 5 at Phoenix to go down 3-2 in that second-round series, then won Game 6 at home and destroyed the Suns back in Phoenix in an epic Game 7. There will always be moves and counter moves from game to game.

But the Draymond assignment and almost every other part of Wednesday’s game pointed to something undeniable: This series is going to be played with a lot less physical intensity — and fewer physical challenges — than what the Warriors just experienced in their grueling six-game victory over Memphis.

Dallas has many strengths and might eventually be a trickier matchup for the Warriors over a best-of-seven series. Dončić is the height of all NBA defensive challenges, and he almost certainly will play better Friday. But the Grizzlies rattled the Warriors with their speed and aggressiveness. They pushed the Warriors. They barked at the Warriors. Sometimes they made the Warriors look slow and confused and prone to pass it directly to a waiting Grizzlies defender.

The Warriors survived, which is all to their credit. And as their reward, they’re facing a more methodical team that can beat anybody at any time by bombing in a slew of 3-pointers, but if the Mavericks aren’t making those shots, well … they sure aren’t the Grizzlies. The Mavericks are dangerous. But they’re not the same kind of dangerous.

“Yeah, they are a completely different team,” Jordan Poole said of the different feel to this series from the last one.

Stephen Curry brought the Grizzlies up himself when he was asked if the Warriors are always confident they can put together a big offensive explosion at Chase, the way they trounced Dallas 34-24 in the third quarter Wednesday.

“The Memphis series shook us a bit from time to time,” Curry said, “where three quarters, 3 1/2 quarters, it didn’t seem to be clicking.”

Another coaching decision by Kerr: Though the Warriors did put Dončić into some pick-and-roll action, to get him switched onto Curry or Poole, they didn’t warp their whole offense to do it. Mostly, Wiggins was doing so well and attacking Dončić so aggressively just straight up, there wasn’t a lot of need for the Warriors to do anything but stick with their motion offense.

Result: Wiggins scored 19 points on 17 shots; Dončić scored 20 points on 18 shots. Yes, the Warriors will take that every game of this series, if possible.

“We brought (Dončić) into a lot of pick-and-roll, with the idea being to try to make him work because he’s so good offensively,” Kerr said. “You’ve got to try to do anything to tire him out. But at the same time, our game is ball movement and flow. We’re not a pick-and-roll-with-spot-up-shooting team.

“We start Draymond and (Looney) together, so with Draymond and Loon, it doesn’t make a ton of sense to just put guys in ball screens. Because we don’t have the spacing with that lineup. We want to get the ball moving, we want to get our dribble-handoffs and pin downs and have Klay come off pins for shots.

“We think the variety that we can play with offensively is important.”

The Warriors had to fight their way through the last series. They thought their way through Game 1 of this new series. The Warriors led by 10 after the first quarter, by nine at halftime, by 19 after three quarters and never had to put Curry back in after that. They shot 56.1 percent. They committed 15 turnovers, but only six of those in the first half. Again: not much like the Memphis series.

Though none of the Warriors will ever say it this way, understandably, this series just feels like more of a cerebral challenge to the Warriors than a physical one. They have to deal with Dončić and Brunson, of course, but if they can do that, they just have to try to stay with Dallas’ bevy of spot-up shooters. And on the other side, the Mavericks’ lack of shot-blocking is in huge contrast to Memphis’ Jaren Jackson Jr. and Steven Adams, among others.

“Very different matchup, for sure,” Kerr said. “But a great team. The respect we have for them and their skill level, their ability to space you out. It requires attention to detail and focus and effort to constantly challenge all their shots. That’s a lot of work. So it’s different.

“A different matchup. Doesn’t mean it’s harder or easier, it’s just different. Every series, we just try to adapt and adjust and figure out a game plan that makes some sense. But it still comes down to the effort and the will of the guys.”

Now they wait for Dallas’ reaction, which might be quite good. But after what we saw in Game 1, we know the Warriors almost certainly have a bunch of other things up their sleeve, too. 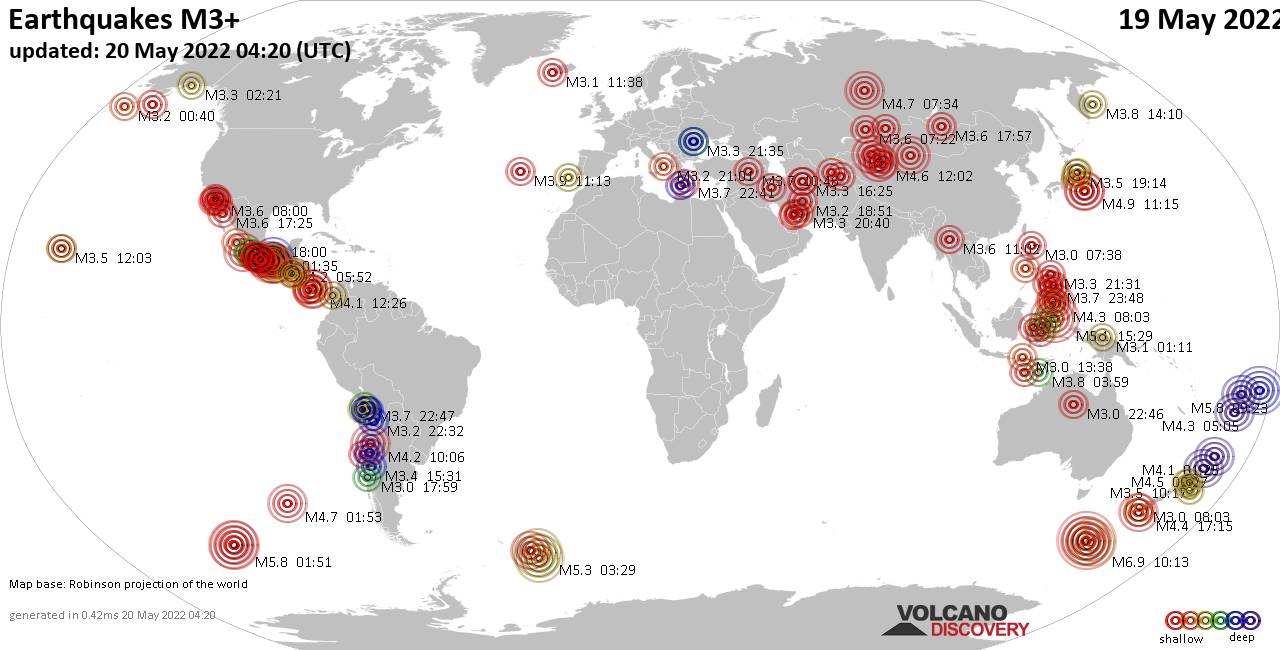 World Earthquake Report for Thursday, 19 May 2022 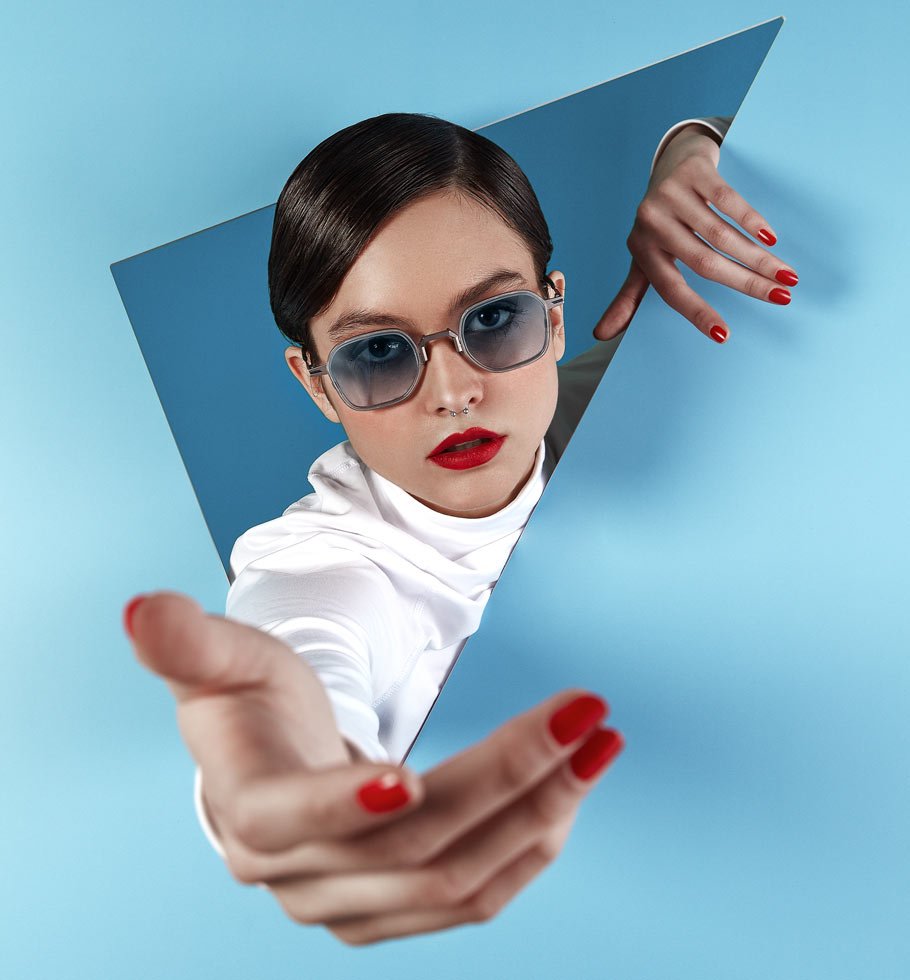 MOVITRA For Spring/Summer 2022 | The Optical Journal