India to witness a ‘dry’ start to southwest monsoon: IMD

The India Meteorological Department (IMD) predicted a dry start to the southwest monsoon season in India.

On June 1 every year, the monsoon season begins with downpours in Kerala, southeast Andhra Pradesh and Tamil Nadu. While it may seem rigid sticking to a timetable, the IMD follows this based on rainfall data collected over decades.

In the week leading up to the monsoon, only Kerala, Odisha and Lakshadweep will experience normal rainfall, the weather agency said.

Kerala will receive an average of 45.6 millimetres of rainfall from May 27-June 2 — a deviation of 18 per cent (normal) from the climatological average of 55.8 mm — IMD predicted.

Odisha will receive 8.7mm and Lakshadweep 77.4 mm rainfall during this period, IMD forecast.

In the first week of the monsoon (June 3-9), Tamil Nadu will see 17.1 mm of precipitation and coastal Andhra Pradesh 14.8 mm — normal for the regions during the period, the weather agency forecast.

Precipitation in Kerala, however, will slip into the ‘deficient’ category’ during this early monsoon period, with an average of 40.7 mm rainfall predicted. This is 45 per cent below the climatological average rainfall of 74.4mm, according to the forecast.

The following states are predicted to receive normal rainfall from June 3-9: 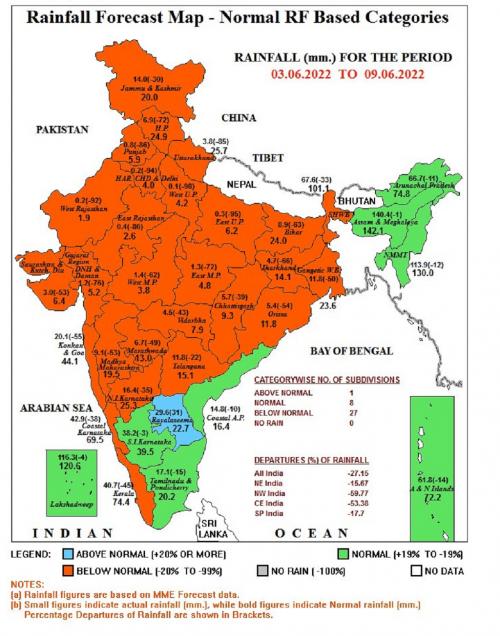 From March 1-May 17, rainfall in India was 7 per cent below normal — a small deviation. The distribution, however, was quite uneven: 88 districts (13 per cent of the country) received no rainfall.

This did not affect the progress of the southwest monsoon as Andaman & Nicobar islands received the rains on time.

This is consistent with the IMD announcement of April 14 that the mean annual rainfall for the decades here on will drop to 868 mm from 880 mm. This calculation was done with the help of data from 1971-2020.

But a dry spell will sweep the country from June 3-9, IMD predicted. Uttar Pradesh, Rajasthan, Punjab, Madhya Pradesh, Haryana, Chandigarh, Uttarakhand, Bihar, Jharkhand and Orissa will have more than 50 per cent below-average rainfall, the national weather forecast body said in its latest update.

The forecast is as follows for June 3 to 9:

Roxy Mathew Koll, a scientist with the Indian Institute of Tropical Meteorology, cautioned that the numbers only represent a mean or average. “It’s okay to give numbers for the climatological-average, which is based on observed data. Numbers represent exactness, which is not there for forecasts,” he said.

Usually we just say whether the probability of above normal or below normal is high or low, the expert noted. 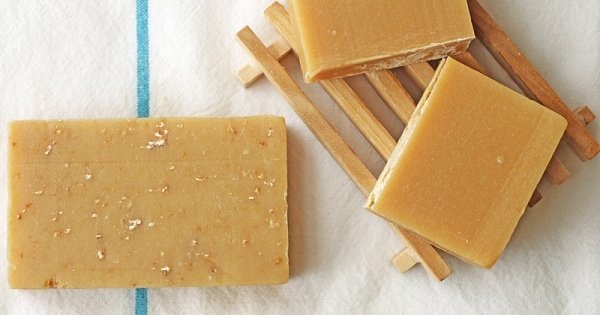