Final results of the first phase of statewide community water system testing confirmed the presence of PFAS chemicals in the treated drinking water of nearly a dozen Indiana communities.

The presence of PFAS chemicals in drinking water could be exposing thousands of Hoosiers to a series of adverse health conditions ranging from increased risk of kidney and testicular cancers to high cholesterol levels.

The first phase of the Indiana Department of Environmental Management’s PFAS Sampling Project for Community Public Water Systems looked at 59 water systems that serve between 3,300 and 10,000 Hoosiers.

The sampling detected various types of PFAS chemicals in the raw water of 13 water systems and in the treated water of 10 systems, mainly in central and southern Indiana.

None of the samples collected had concentration levels above the U.S. Environmental Protection Agency’s lifetime health advisory for PFAS types PFOS and PFOA, a suggested guideline that serves as one of the only existing federal regulations on PFAS chemicals.

IDEM said it uses that guideline to determine when to take action on PFAS.

“If the reported levels of PFAS chemicals are collectively below the U.S. EPA health advisory and IDEM action levels, no action will be necessary,” the agency said in an email. “If the results are above these levels, IDEM will arrange for resampling to confirm the initial results. If the results are confirmed greater than either U.S. EPA health advisory or IDEM action levels, additional investigation may be necessary and mitigation options will be evaluated.”

But PFAS are known as “forever chemicals” due to their persistence, meaning they do not break down and instead accumulate in the human body and environment, even in small amounts. PFAS chemicals have been found in the blood of 97% of Americans and remain in the human body for at least five years after they enter.

IDEM said it could assist water systems to help identify potential PFAS sources if results are above health advisory levels, but that it would be difficult to do so due to the chemicals’ prevalence.

PFAS chemicals have been used since the 1940s to manufacture products that are resistant to water, fire, grease and stains, including firefighting foam and name brand products like Teflon, Gore-Tex and Scotchgard.

According to IDEM, PFAS chemicals are commonly present at fire training and response sites, some industrial facilities, landfills, wastewater treatment plants and in biosolids.

State lawmakers in 2020 banned the use of PFAS firefighting foam during training, with exceptions existing for facilities capable of containing, treating and disposing of the foam. The state also created the PFAS Foam Collection Initiative, a program to collect and dispose of the foam from willing firefighting agencies at no cost to them.

The state’s measures are not enough to prevent PFAS from spreading throughout the state.

The chemicals enter the environment where they are made, used, disposed of or spilled. They can be transported through rainwater runoff and enter lakes, ponds and other waterways, and can seep through the soil into groundwater.

PFAS chemicals may have entered the 10 community water systems through at least one of those methods.

The Tennyson Water Utility, a Warrick County facility serving about 4,000 Hoosiers, had the most samples testing positive for PFAS chemicals in treated water.

Samples taken from the town’s finished water, or the water that has passed through the treatment plant, contained PFNA, PFOA and PFOS.

PFNA is used to make non-stick, stain repellent and chemically inert coatings. PFOA is a chemical used to make a synthetic polymer known as polytetrafluoroethylene that is used as non-stick coating for pans and other cookware. PFOS is used in stain-resistant fabrics, food packaging, as a surfactant in industrial processes and in firefighting foams.

The town purchases treated water from the Patoka Regional Water District and also maintains a connection with the neighboring City of Boonville Water Utility for emergency use.

The source of the PFAS contamination has not yet been determined, and attempts to contact Tennyson town officials for comment on whether town officials will seek the source have been unsuccessful.

The Patoka District, which serves more than 100,000 Hoosiers, was tested for six PFAS chemicals in 2013 as part of the U.S. Environmental Protection Agency’s third Unregulated Contaminant Monitoring Rule testing. The samples taken in 2013 did not find PFAS at levels above the EPA’s minimum reporting levels.

The district will be part of the third phase of IDEM PFAS testing set to begin in January 2023.

Indiana American Water – Charlestown in Clark County had eight samples from treated and untreated water that showed evidence of PFAS, the most of the 59 tested. Samples taken from finished water showed the presence of PFOA and PFHxA.

PFHxA is the breakdown product of other PFAS chemicals used in stain-resistant fabrics, food packaging and carpets.

The Charlestown facility is located close to the Ohio River, downstream from potential PFAS sources in other states.

Indiana American Water purchased the Charlestown water system in 2019 and said it is investing in independent research on PFAS to assess treatment technologies to remove PFAS from water. The company has begun construction on a $16 million water treatment facility that will be able to remove PFAS chemicals. The plant is expected to be placed in service later this year.

PFBS and PFHxS, like other PFAS chemicals, are used in non-stick and stain-resistant products, food packaging, industrial processes and firefighting foam.

According to the National Association for Surface Finishing, the EPA encouraged companies using chromium electroplating process to use PFOS chemicals as a fume suppressant beginning in 1995. The industry phased out the use of PFOS in 2015, but replaced it with what the industry considers a “safer” PFAS substance, fluorotelomer sulfonate.

Fluorotelomers can break down in nature and become more persistent PFAS compounds, like PFOA.

It’s unclear whether the Master Guard operation is the source of the PFAS found in the untreated water in Clinton, but another surface finishing company owned by Master Guard’s parent company, Flex-N-Gate, was found to be the source of a large release of PFOS in Michigan in 2018.

The corporation pumps ground water from its well field supplied by water from the White River, a waterway that collects PFAS pollution from multiple chemical, plastic and petroleum industrial manufacturers and hazardous waste facilities in Indianapolis.

A 2020 report by the Environmental Working Group found that 14 Indianapolis facilities suspected of using PFAS chemicals, including chemical, metal and cosmetics manufacturers discharged effluent into the White River, potentially allowing the transport of PFAS chemicals downriver.

A sample from Rensselaer Water Department indicated the presence of PFBS in both treated and untreated water.

The source of the contamination is unclear, but the detected PFAS could be coming from sources along the Iroquois River within Indiana or in Illinois.

PFAS sampling done by the state of Illinois found PFAS chemicals at various points along the Iroquois River near Kankakee, Illinois and other rivers that feed into it.

Samples from North Manchester Water Department in Wabash County indicated the presence of PFOA in the town’s treated water.

The system gets its water from wellfields in two aquifers within the town.

The town is downstream from various potential PFAS sources along the Eel River, including surface finishing and plastic molding facilities in Columbia City, that may be contributing to the PFOA found in North Manchester’s treated water.

Water samples from the Rural Membership Water Corp. of Clark County and Canaan Utilities in Jefferson County indicated the presence of PFBS.

The source of the PFBS is unclear, but both utilities purchase water downstream from potential PFAS sources. RMWC, based in Henryville, receives its water from the Stucker Fork Water Utility and Sellersburg Water Department. Stucker Fork Water Utility is downstream of various industrial and manufacturing facilities in Columbus and Seymour. Sellersburg Water Department draws its water from its wellfield along the Ohio River in Jeffersonville, downstream from industrial PFAS sources.

PFHxA was detected in three water systems that purchase all of their treated water from neighboring utilities that will be tested for PFAS in IDEM’s third phase of testing beginning in 2023.

Sampling detected PFAS chemicals in one sample from Danville Water Works. IDEM said PFHxA was detected at a connection point with Citizens Water, the company from which Danville purchases its water.

No other samples from the utility indicated the presence of PFAS chemicals.

The Dubois Water Utility had one sample indicate the presence of PFHxA. It purchases its water from Patoka Regional Water District and City of Jasper Municipal Utilities.

Water treated by B&B Water Project, Inc., based in Monroe County, did not test positive for PFAS chemicals, but the water it purchased from City of Bloomington Utilities indicated the presence of PFHxA.

IDEM is continuing to test community water systems. The agency is currently in Phase 2 of its testing, which will look at water systems throughout the state that serve less than 3,300 people.

Beginning in January, IDEM will look at water systems serving more than 10,000 people.

PFAS is a widespread problem. The solution needs to come from widespread sources 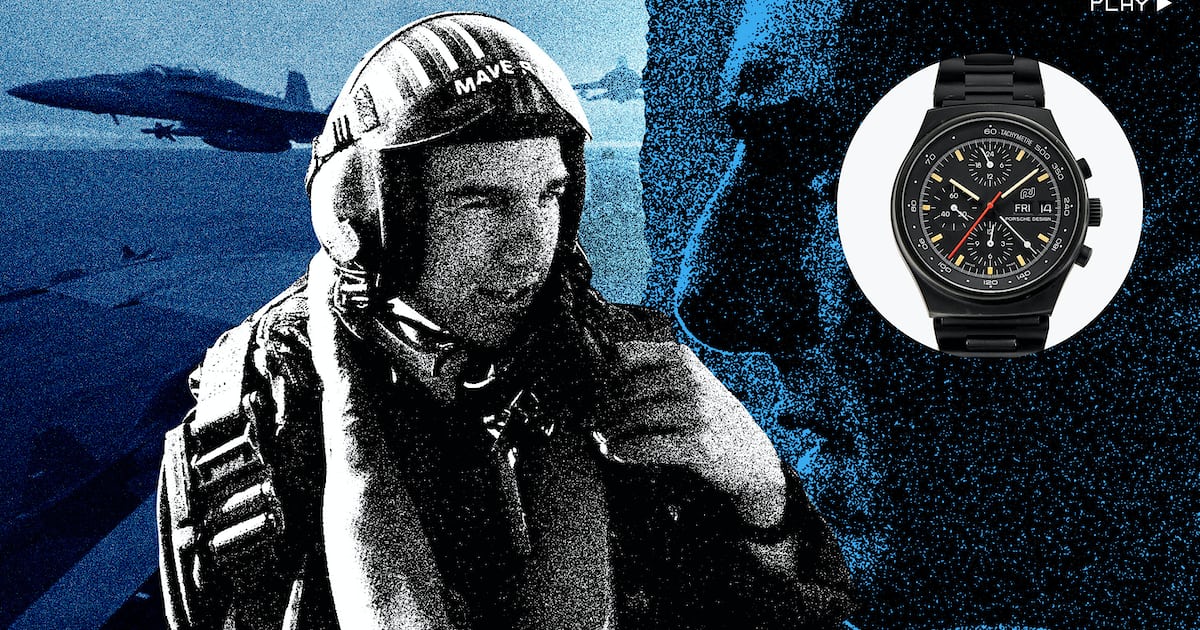