The TAG Heuer Monaco is an irrefutable classic. Which is why it is one of the select references we tackled in our series The Icons. Born in 1969, the Monaco changed the game as it was the first automatic, square and water-resistant chronograph. The watch gained further notoriety on the wrist of Steve McQueen in the 1971 film Le Mans and has remained a fan-favourite watch of racing enthusiasts ever since. In 1977, however, one of the most notorious Monaco references was unveiled – the ref. 74033 unofficially known as the “Dark Lord”. No, the watch does not belong to the darkside, or a wizard who shall not be named, it simply earned its name due to its blackened steel case and predominantly black aesthetic. It is a vintage reference many collectors still chase after today, but to find one in pristine condition is quite tough. Why? Well, the black coating on the case is said to be incredibly easy to blemish – a scratch easily generated with just a fingernail. Today, however, TAG Heuer speaks to their heritage and the nostalgia of their fans with a new Heuer Monaco Dark Lord Special Edition for the Formula One Monaco Grand Prix.

To be clear, I would not categorise this watch as a revival. It is firmly situated in the tribute category. TAG has made it clear that the new Heuer Monaco Dark Lord Special Edition aims to “offer enthusiasts the ultimate version of what the original Monaco ‘Dark Lord’ might have been” through the use of modern materials. With this Special Edition, you have a much more scratch-resistant black DLC coating, rendered throughout the entire case, crown, and pushers unlike the original. You also have a 39mm case that is made of lightweight grade 2 titanium in favour of stainless steel, and this is only the second Monaco to ever be made of titanium – making it that much more special. Adding to the robust quality of the watch is its 100m depth rating, so, as long as you do not depress the pushers underwater, you are safe to find a rubber strap and take this chronograph swimming. 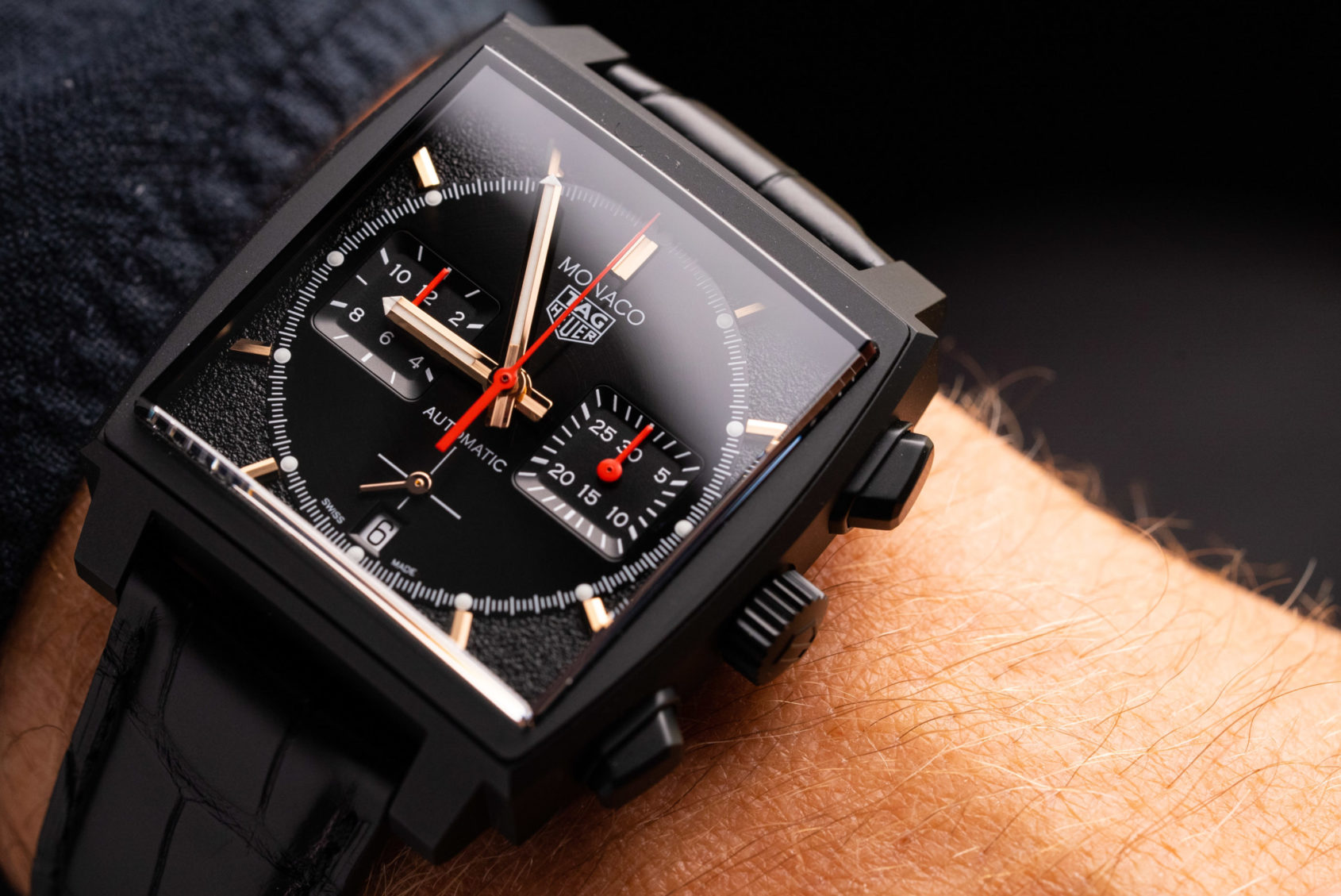 Its dial also deviates from the original Dark Lord, with a two-piece construction that introduces far more texture-play than the original. You have the typical circle in a square format, with the inner circular central medallion radially brushed. The outer square framing the circle, though, features a compelling pebbled finish that is reminiscent of a racing track. The two chronograph registers, the 3′ elapsed minutes and 9′ elapsed hours, also feature a sort of grained texture that is far less dramatic than the aforementioned element. At 6′, you have a sector sub-seconds display (a complication not found on the original “Dark Lord”) conveying the running seconds above a black on white date complication.

The final deviations of note to mention are the indices and handset, which are rose gold-plated. The original featured white printed indices, here, however, they are applied and plated with rose gold. The handset of the original consisted of white central hours and minutes hands, with orange central chronograph seconds and chronograph register sub-hands. For this new Special Edition, the hands tied to the chronographs functionality are coated in red. In terms of luminosity, the central hours and minutes hands, as well as each of the pips adjacent to the applied indices, are coated with SuperLuminova®. 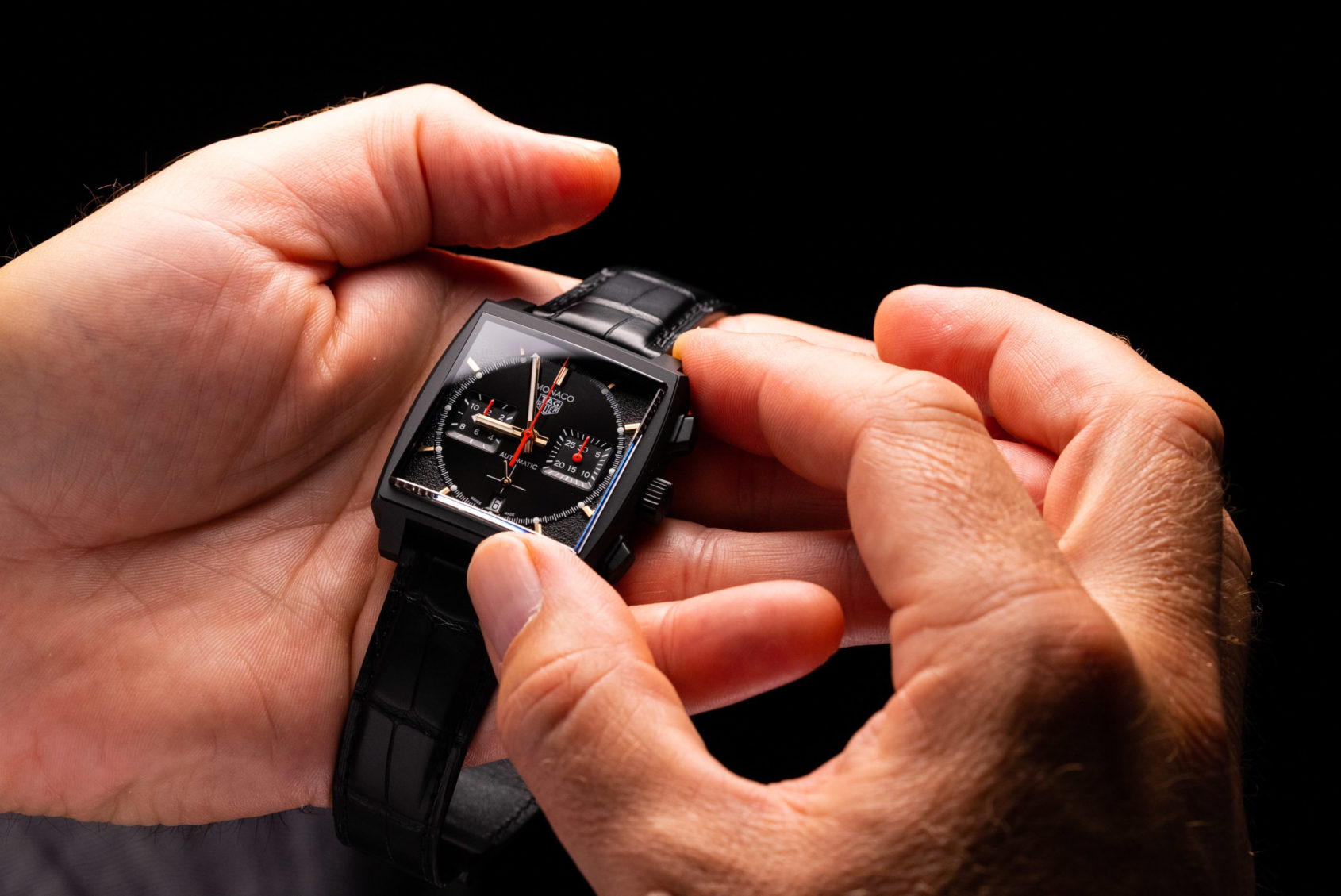 Befitting of the Dark Lord name, the alligator-leather strap is black. The folding clasp, with double safety push buttons, matches the material of the case – executed in black DLC-coated grade 2 titanium as well. In terms of lug width, the measurement is 22mm, which is pretty aftermarket friendly these days, so you may want to look into a black or red fabric or rubber strap (with a black clasp ideally) to take full advantage of its water resistance.

Inside the watch, visible beneath an exhibition caseback, is the automatic calibre Heuer 02. Industrially, yet nicely, finished, the column-wheel chronograph calibre offers you three days, or 80 hours, of power reserve. The openworked rotor, to match the hand and indices accents of the dial, has been rose gold-plated giving the calibre that much more of a luxurious feel. In the same vein, the column-wheel has been rendered in black this time around to better match the Dark Lord aesthetic. 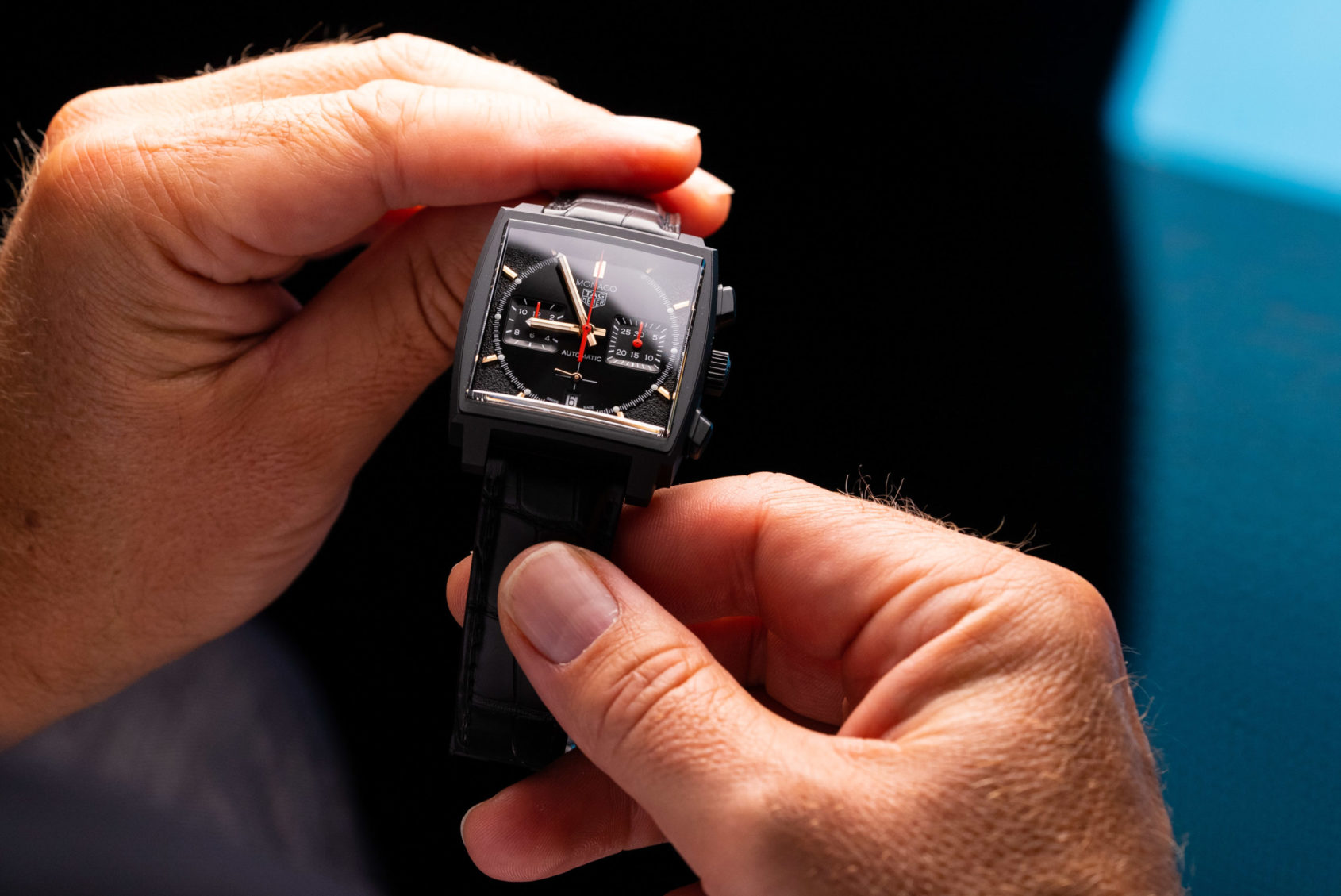 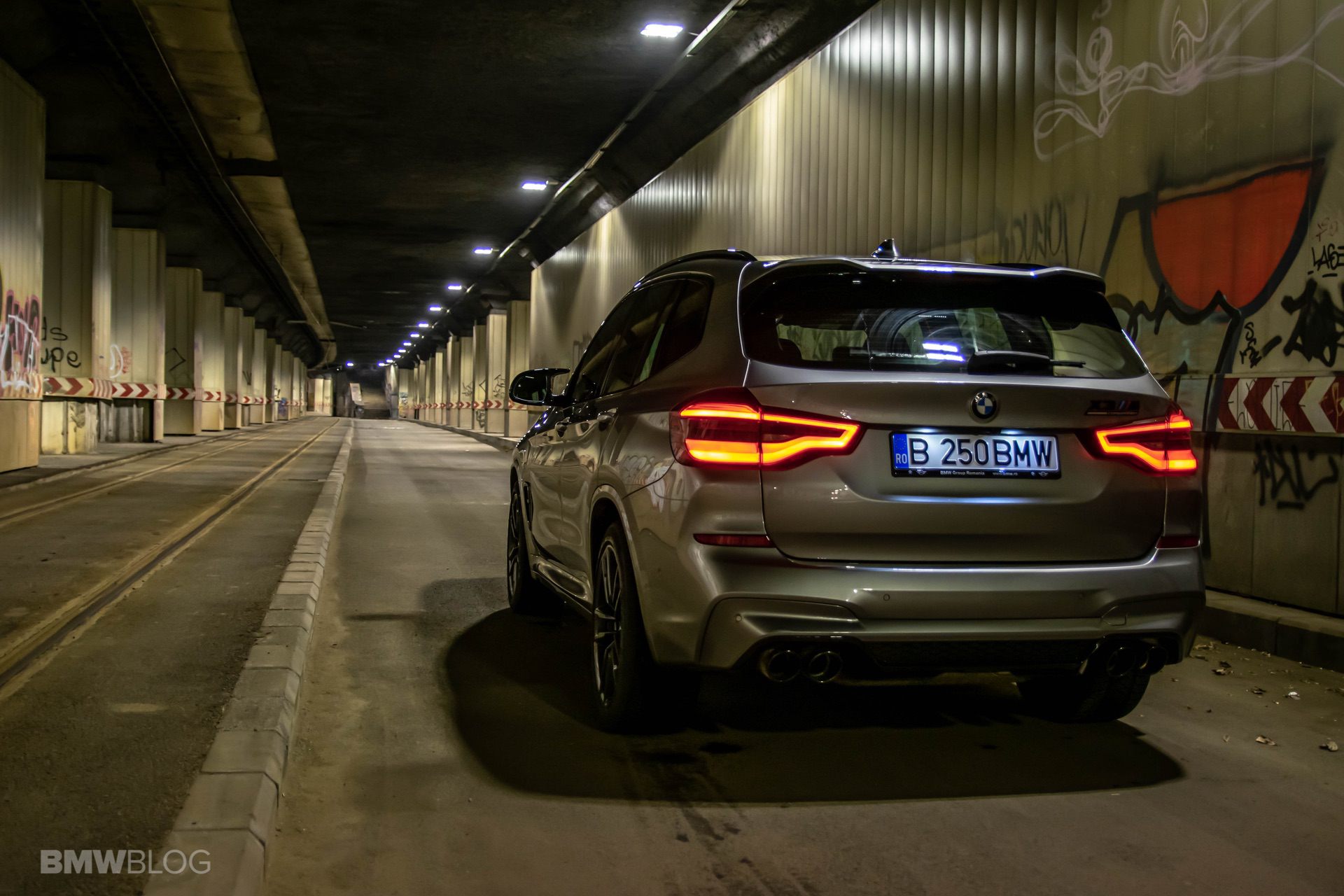 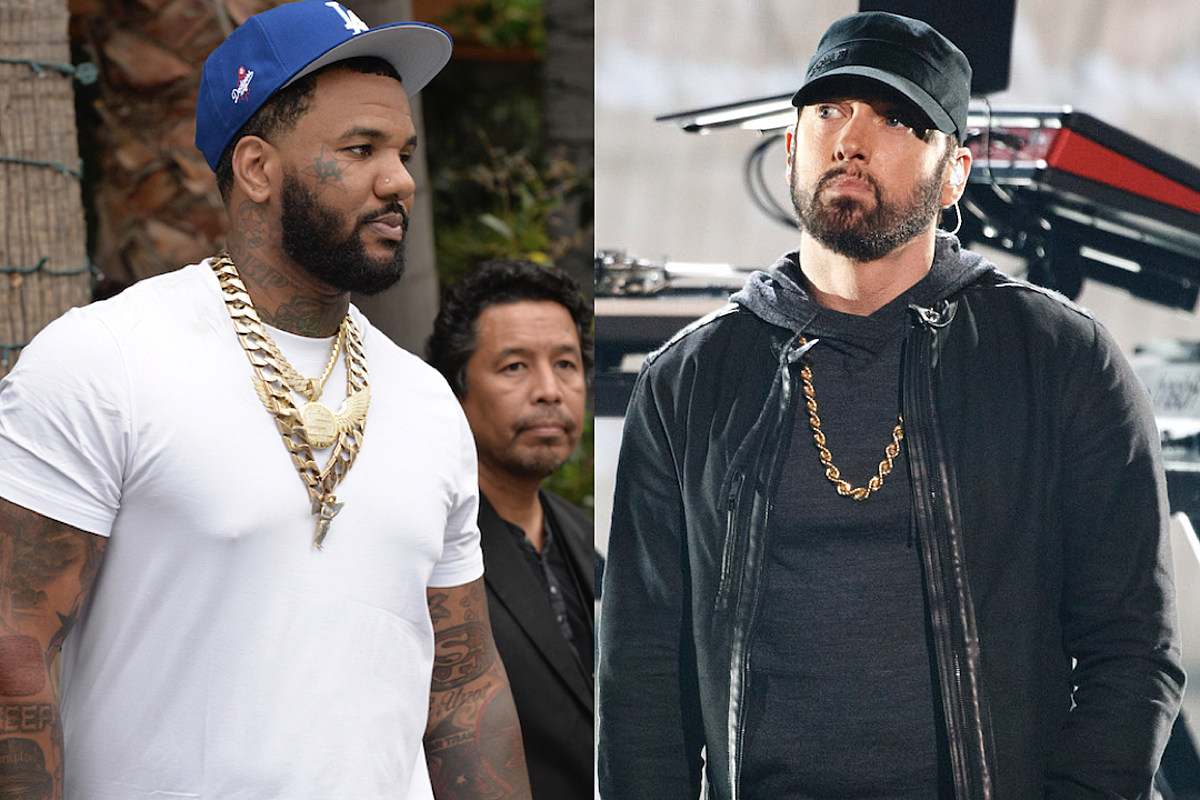 The Game Insists He’s a Better Rapper Than Eminem