Grey’s Anatomy – When I Get to the Border – Review

“When researchers studied the way surgeons make decisions in the OR, they found newer surgeons tend to rely on the standard operating procedures they learned in school.
It makes sense. Newer surgeons have limited experience to fall back on. But seasoned surgeons are more intuitive. They mine from years of practice to make quick and effective decisions. The more experience we have, the less likely we are to be thrown when we encounter complications. We can shift gears more easily when it’s needed.”

The episode starts with Meredith and Zola trying to find a good school for Zola in Boston, after trying some other schools in NYC. Zola is unsure about changing city, and she’s insecure about how much this school could benefit her. 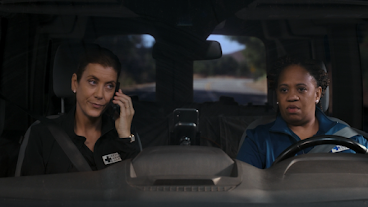 Bailey is going with Addison to a fertility center near Washington, owned by one of her college friends. When they get there, we see a crowd of anti-abortionists, screaming they’re murderers. Literally the representation of what happens every day to every worker and every woman who dares to go to a fertility center. It was “nice” to see reality once again.

In Seattle, Amelia meets Lucas outside the hospital, and we learn that now he’s living with her and Meredith. She gives him Scout to take him to daycare, although Lucas is not too convinced about that – considering the rumors. And, of course, as soon as he gets to the elevator to bring Scout to daycare he meets Blue, Mika, and Simone. They ask why he had the baby and they start speculating again about his relationship with Amelia. SERIOUSLY, this has to stop. The truth would be so much simpler.

Back in Boston we FINALLY see Jackson, Catherine, and Tom back. And as we see them interacting, we also see Meredith passing by, ready to talk to Jackson about what’s going on in her life and about Zola of course. They talk about how she’s scared about Alzheimer’s getting to both Mer and Maggie, while Meredith spends her nights reading about Alzheimer’s and a potential way to cure it to help Zola (she says, joking.) While she was joking, Jackson tells her she could try to cure it, and that her thoughts are not ridiculous. 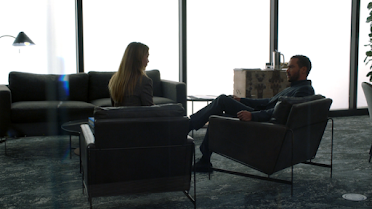 While in Washington, Bailey’s friend asks both her and Addie to take care of a patient with an ectopic pregnancy because, after Roe v. Wade, no one would. They get on the road and pick her up in Idaho. While in the car, she starts bleeding uncontrollably.

In Boston, Catherine and Tom are keeping a secret about her tumor. She promised she would get treated if the tumor had grown. And while Tom tells her 2 mm is enough to keep that promise – considering Jackson and Richard think she’s still in remission – she says that she’s the one deciding what to do because her name is on the building. She claimed that alternative medicine was the right choice. This is… understandable, considering its just fear of suffering, but she really shouldn’t pull that card in such a delicate matter. Especially considering no one else knows. 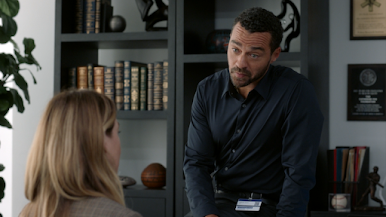 Jackson tells Meredith a group of doctors in Brussels is trying to study the connection between Alzheimer’s and gut microbial composition (Meredith says). She’s been studying all of it. And because of it Jackson wants to fund a study with Meredith in it because it would get a lot of attention – especially after the Parkinson’s research. But Meredith said she wouldn’t move to Boson if Zola didn’t like the school, because she’s the main reason they’re moving at all.

Back in the car, while Bailey calls 911, Addison tries to contain the bleeding of the poor woman, to buy her a little more time. Except they bump into a row of cars and realize they don’t have much time left to save this patient. 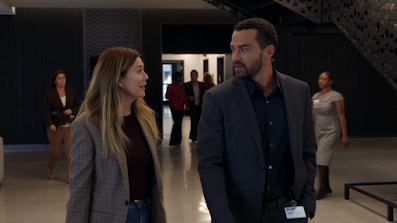 In the next scene, Jackson and Meredith talk about how difficult it was for him to meet his father only to realize he was full of wasted potential and regrets and that he was similar to him because he wasn’t fulfilling his fool potential. He points out how she gave up neurosurgery only because Derek told her to and how this could be her chance to do something she never got to do. She admits that once upon a time she wanted to cure Alzheimer’s but was – and still is – scared to fail. Jackson tells her she could actually fail but it’s worth a shot, especially for Zola.

Back in the car again, while they pace slowly with their car, Addison tries to keep the patient awake and control the bleeding, although she realizes there’s nothing more to do for her, unfortunately. It was such a sad scene, especially considering she could’ve been saved if only her original doctor would’ve taken responsibility for it. 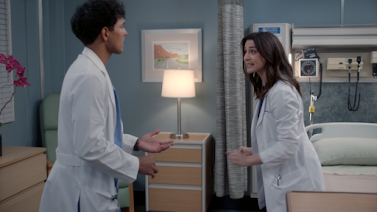 Amelia ends up talking to Blue, not knowing he thinks she and Lucas are sleeping together, and he makes her…propositions, to have surgery in exchange of surgeries. When Lucas sees them, he brings Amelia to another room and confesses everything. She gets mad, OF COURSE, and tells him to fix everything because rumors spread around fast and she doesn’t want people to think there’s some truth to the speculation. Later in the episodes, we learn he let them think their speculations were true because he didn’t wanna tell them he was a Shepherd. And he wanted to see what was gonna happen if he tried to be himself for once, not being defined by his family name. 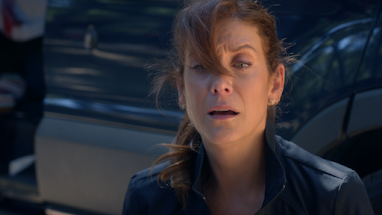 Addison doesn’t wanna give up and is angry about it. Because her death could’ve been prevented. Because her death is in the lawmakers’ hands. People who don’t know ANYTHING about health and medicine still keep making decisions about other people’s bodies and, in cases like this, about other people’s LIVES. Bailey told Addison her story. She told her that despite how much she was pro-choice, she didn’t think it was the right choice for her. Until she miscarried and had to get a D&C to prevent infections, which is the same procedure as medically assisted abortion. Now, because of the new laws, doctors are afraid to use it and people won’t train for it. But Bailey wants to offer training about it at GSMH. 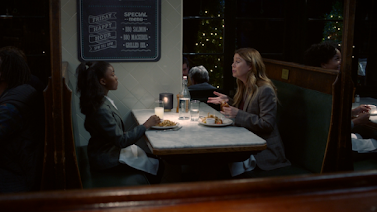 Back in Boston, Meredith meets Zola at the potential new school and sees her talking to some other girls about physics theory. At dinner in a restaurant, Meredith asks her why she doesn’t wanna move to Boston, considering she seemed happy at school. Zola says she’s scared they would move for nothing, and she would still have panic attacks, that Meredith runs a hospital and people depend on her, she also doesn’t wanna disappoint Meredith if she decides she doesn’t wanna be a doctor. Meredith tells her the truth about Jackson offering her to do a clinical study to cure Alzheimer’s, and that she would never be disappointed by Zola because she’ll always leave a mark on whatever career she chose. 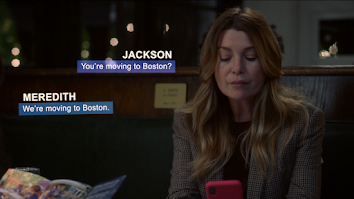 At the end of the episode, we see our dear Harriet, with Catherine. We have a glimpse of Jackson and April’s life. We also see Bailey giving Addison a moving OR, to move around the country to help women. And at the very end, we see Meredith texting Jackson and telling him she accepts the job in Boston.

Did you like this episode? Let me know in the comments! 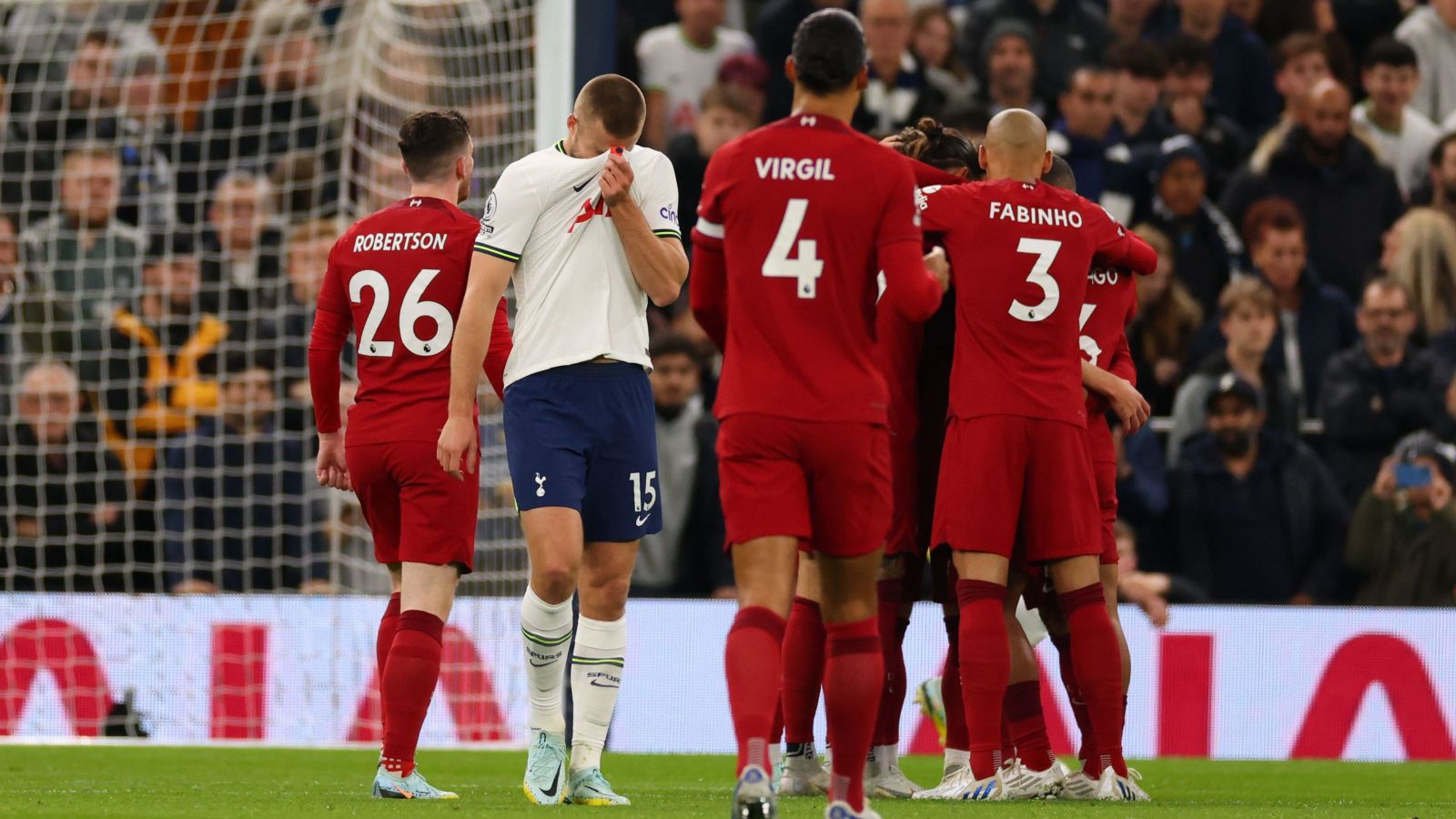 How are the unwrapped textures created?