The government does not plan to review rules on the use of computer evidence in court, despite its link to the Post Office Horizon scandal – the biggest miscarriage of justice in UK history.

Lawyers and tech experts say unless the current rule on computer evidence – a presumption it is correct unless proven otherwise – is changed, the Horizon scandal won’t be the last of its type and could even be “the tip of the iceberg”.

More than 750 former subpostmasters were convicted of financial crimes as a result of errors in a Post Office computer system. The errors created account shortfalls, for which the subpostmasters were blamed, many of whom were sent to prison as a result. A total of 73 of these have so far had their convictions overturned, with many more expected to follow.

The subpostmasters were convicted based on evidence from the Horizon computer system used in Post Office branches, but this evidence was later proved to be unsafe due to errors in the system.

The current legal rule on computer evidence in court was introduced in 1999 after a Law Commission recommendation that courts presume a computer system has operated correctly unless there is explicit evidence to the contrary. This replaced Section 69 of the 1984 Police and Criminal Evidence Act (PACE), which stated that computer-based evidence should be subject to proof that the computer system was operating properly.

The change to the rules made it easier for the Post Office to privately prosecute the subpostmasters, which it blamed for accounting shortfalls.

In fact, contributing to the government consultation at the time the change was being considered, the Post Office, which has private prosecution powers, said Section 69 of PACE was “somewhat onerous” when prosecuting people charged with crimes, such as the subpostmasters who run and own its branches.

Since the scale of the Post Office Horizon scandal was exposed, there have been calls for the rule on computer evidence to be changed, but in response to an MP’s question, the government signalled that it would not review the legal rule.

Kevan Jones, Labour MP and long-time campaigner for justice for the subpostmasters affected by the Horizon scandal, asked the secretary of state for justice whether the government planned to assess the legal presumption of reliability of computer evidence.

In response, Conservative MP and Parliamentary under-secretary of state for justice, James Cartlidge, said: “We have no plans to review the presumption, as it has wide application and is rebuttable if there is evidence to the contrary.”

He said the current public inquiry into the Post Office Horizon scandal would advise the government on the matter.

“Nonetheless, given the concerns raised about the Post Office’s Horizon IT system, the government wants to be fully assured that there is a public summary of the failings associated with the system and that lessons are learnt from this dispute. That is why the inquiry into the Post Office Horizon IT dispute was converted into a statutory inquiry, with new powers to require the production of evidence and documents,” said Cartlidge.

Non-practising barrister Stephen Mason, editor of the practitioner text for judges and lawyers, Electronic Evidence, has been trying to persuade the legal profession for over a decade to take the subject seriously. He said the government response could be interpreted in three ways: “The government does not intend to do anything about the presumption; the government will wait for the Law Commission to reconsider the presumption (although, given the Law Commission has not included it in their next work programme, that appears to be unlikely); or the government will wait to reconsider the matter should [the judge] Wyn Williams make any recommendations on this specific issue when he submits his report of the Post Office Horizon IT Inquiry.”

Mason added: “If the government does not intend to do anything, then the least the Ministry of Justice can do is implement the recommendations made by barrister Paul Marshall and others.”

Marshall represented subpostmasters who successfully overturned wrongful convictions by the Post Office. In August 2020, he was invited by Alex Chalk MP at the Ministry of Justice to submit a paper to the department on suggestions for improving the existing approach to the proof in court proceedings of computer-derived evidence. The paper was submitted to the MoJ and published.

Chalk referred the paper and its recommendations to the Criminal Procedure Rule Committee chair. Cartlidge’s answer to Jones is the latest update.

Following the government revealing the current status, Marshall told Computer Weekly: “The statement that ‘we have no plans to review the presumption, as it has wide application and is rebuttable if there is evidence to the contrary’ is a government statement that, like so many similar ministerial statements, provokes on the one hand an inclination to despair of any serious interest by the government in the rule of law, on the other, the suspicion that the maker of the statement has not the slightest idea what they are talking about.”

He added that no one who has any familiarity with the legal problems that gave rise to the Post Office scandal could make a statement of this kind. “The fact that it has ‘wide application’ is the very thing that demands that it be speedily reviewed – and revised or qualified.”

Marshall said there was a fallacy that most computer errors are visible or apparent to an operator, and that most errors are the result of operator input. “The massive Post Office group civil litigation showed that the presumption is simply wrong. The truth, as any computer or software engineer will tell you, is the precise opposite of the presumption,” said Marshall.

“Either the government, and by implication the Ministry of Justice, is indifferent to the wreckage that the presumption caused, or else Cartlidge simply doesn’t know what he’s talking about and, in truth, the government is consciously ignoring any problem until such time as [the judge] Wyn Williams submits his report,” he added.

“The presumption is likely to be the cause of widespread miscarriages of justice, of which the Post Office scandal is likely to be merely the tip of the proverbial iceberg.”

IT industry backs up Marshall’s statement

In May 2021, BCS, the Chartered Institute for IT called for reform to the way computer evidence is treated in courts in light of the Post Office scandal.

“We are calling for a swift review of how computer evidence is treated by the courts,” said Paul Fletcher, CEO at the BCS.

James Christie, an IT expert with extensive experience of software development, IT audit, testing and security management in the IT outsourcing industry, said the government’s response to Kevan Jones’s question was “very disappointing”.

“This looks like the government is buying time and passing the buck to Wyn Williams who is running the Post Office Inquiry. The case for reforming the presumption is overwhelming and the government should have the resolve to initiate reform without waiting to see what Williams says,” he said.

“This is not just about the Post Office’s Horizon system. The presumption betrays a dreadful naivety on the part of the legal system about the difficulties of working with fallible, complex software systems.”

Christie said that when he started as an IT auditor, he was taught the auditor’s motto, “Don’t tell me – show me”, which he said could be translated to, “Don’t offer me bland reassurance that everything is OK – show me the proof”. He said corporations must be prepared to prove that they are in control of their IT.

“It is time for the government to tell the cowboys that the Wild West of IT has to be cleaned up. We can hardly expect Wyn Williams to be the new sheriff, but I doubt if the government has the resolve to take on that job without some serious prompting.”

“If this presumption is not reformed, the Post Office scandal will not be the last. It is long past time to act, and it is very disappointing to see the government playing for time,” said Christie.

Stephen Castell, computer software and systems expert witness and chairman of Castell Consulting, said the presumption “is and always was just plain wrong”.

He challenged Cartlidge’s claim that the presumption has wide application and is rebuttable. “While the presumption may in principle be rebuttable, that rarely happens effectively in practice, since the defendant has meagre resources compared with the state, the prosecution.”

Computer Weekly first reported on problems with the Post Office Horizon system in 2009, when it made public the stories of a group of subpostmasters who were being blamed for unexplained losses (see below for timeline of Computer weekly articles on the scandal since 2009). 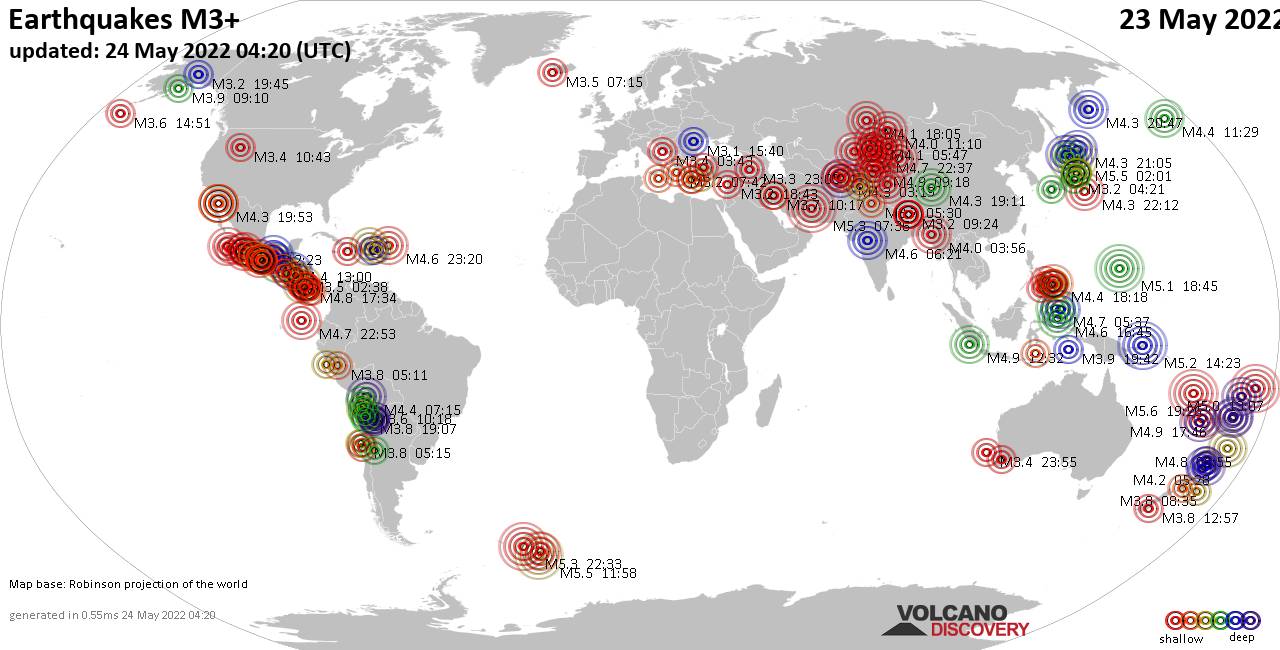 World Earthquake Report for Monday, 23 May 2022 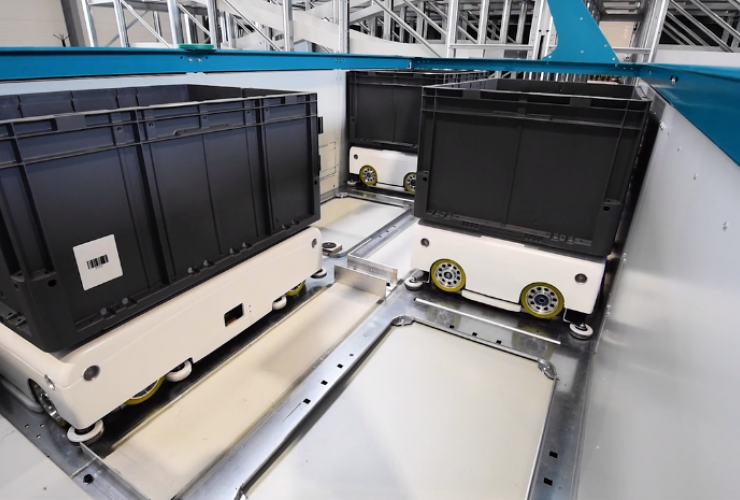