Leclerc was fastest in FP1 and FP2, finishing the day 0.044s ahead of teammate Carlos Sainz and the Red Bulls of Sergio Perez and Max Verstappen.

Leclerc set the early pace at 1m17.993 on medium tyres, soon topped by Sainz, Daniel Ricciardo (McLaren), Verstappen as the track rubbered-in. Leclerc reset the bar at 15.883s as the times continued to tumble, as Sainz beat him by 0.001s.

Leclerc and Verstappen, running the hard tyres, swapped the fastest time between them before Leclerc went straight on at Sainte Devote. Verstappen managed 1m15.327s at this point.

The session was red flagged after 20 minutes when Mick Schumacher’s Haas slowed at Rascasse and ground to a halt at the pitlane entry with an MGU-K fault, causing chaos as cars couldn’t pit.

After the restart, Norris went P1 despite his sickness on 1m15.301s and then 1m15.056s on mediums, leading a mid-session McLaren 1-2 ahead of Ricciardo.

Verstappen switched to mediums and went to the top on 1m14.712s, 0.188s ahead of Perez. Verstappen then had a huge lock-up and went straight on at Ste Devote, as Leclerc jumped up to second and Sainz had a potential fastest lap ruined by traffic at the Swimming Pool section.

Leclerc then took P1 on 1m14.531s, 0.07s ahead of Sainz before Perez rose to second, 0.039s off the quickest time. Verstappen was fourth, ahead of Norris, Pierre Gasly (AlphaTauri) and Ricciardo. George Russell (Mercedes) was eighth, ahead of Aston Martin’s Sebastian Vettel – a rare soft runner in this session – and Lewis Hamilton’s Merc.

Alfa Romeo’s Valtteri Bottas didn’t set a time due to a gearbox problem.

Times dropped substantially, with Perez going P1 on 1m14.001s – a quarter of a second ahead of Verstappen, both Red Bulls running the mediums initially with the Ferraris behind them using hards.

Vettel had a huge moment at the Swimming Pool, and just kept it out of the wall, before Ricciardo crashed heavily at the same spot – swiping the left-front corner off the car against the barriers.

After the restart, Fernando Alonso (Alpine) was one of the first drivers on soft rubber and leapt to the head of the field briefly before Perez and Verstappen retook the top spots, Perez producing 1m13.324s for P1.

Leclerc set 1m13.125s on his first flyer, which was topped by Verstappen at 1m13.103s on his second lap, then Leclerc improved to set a new P1 time of 1m12.764s. Sainz went second, three tenths down on his teammate.

Hamilton went straight on at Mirabeau and rejoined, while Norris clipped the wall at Ste Devote and had a second adventure there late on. 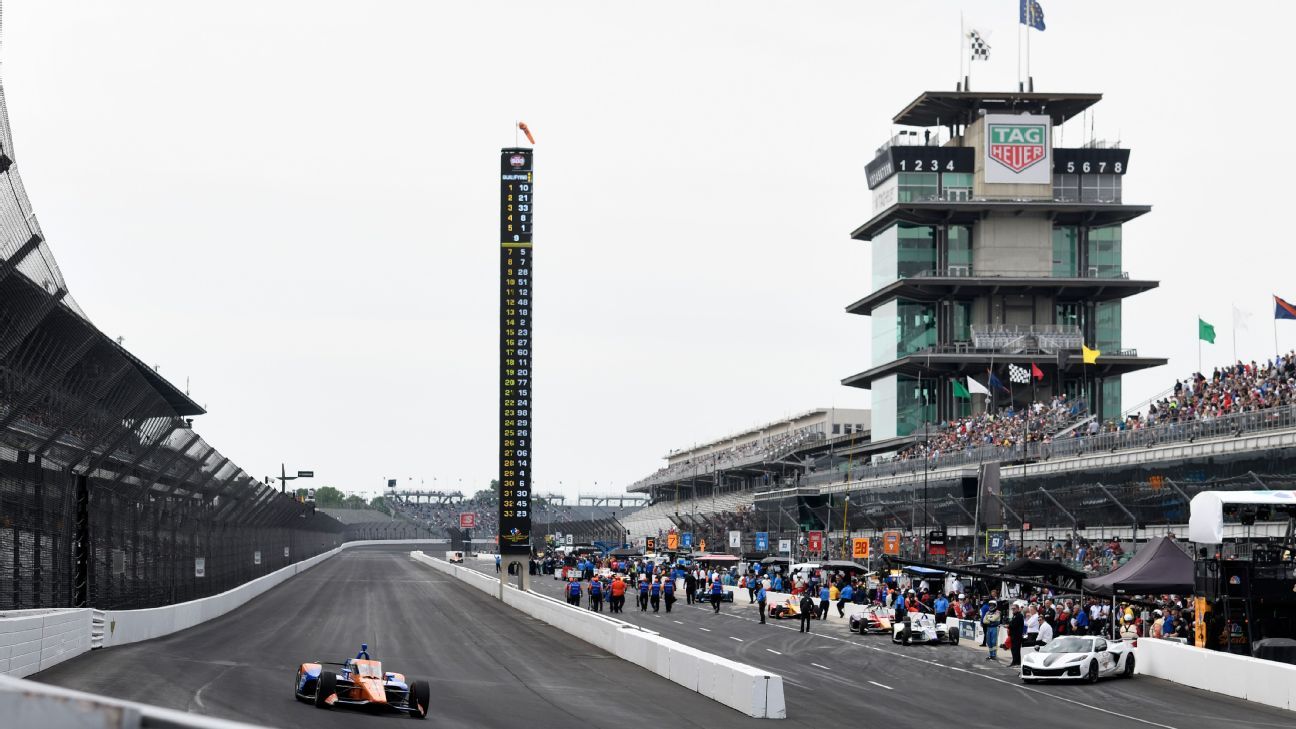 IndyCar to use renewable fuel beginning in 2023 China's COVID Lockdowns: Is the Shanghai 'Bullwhip' Ready to Crack?