Even in Canada, where water prices are low, aging infrastructure and rising costs are a problem – Great Lakes Now

Canadians living in the Great Lakes basin have perhaps become spoiled at the seemingly endless availability of water. In taking it for granted, topics like the material cost of it or the amount listed on someone’s water bill can be seen as immaterial and unnecessary to discuss.

But in many respects, water is also a fairly traditional resource commodity, one that governments have invested billions in maintaining. There’s a cost to all this, and not just for the liquid itself.

“There’s the cost of accessing the resource,” said Livio Di Matteo, a public finance economist at Laurentian University in Thunder Bay, “but then there’s also the cost of treating it, distributing it, and treating the effluent and wastewater.”

And that cost is rising. Some of the highest rates for water in Ontario are in cities and towns within the Great Lakes watershed, including Thunder Bay on Lake Superior, Windsor on Lake St. Clair, Kingston on Lake Ontario, and Chatham-Kent on Lake Erie.

This rise is hitting low-income families hard, with more than 130,000 low-income households in 22 of Canada’s largest cities already paying more for residential water use than they can afford.

The problem of aging systems adds up

The vast majority of new water infrastructure in Ontario is paid for by municipal governments, and much of what we use today was laid in the immediate postwar years of the mid-20th Century. Ontario’s population grew dramatically during this time, and with it came a massive residential building boom. Hundreds of thousands of kilometres of water pipes were laid beneath winding suburban roads, especially throughout the Greater Toronto Area.

“We’re still living off much of the buried infrastructure that was put in place by our grandparents,” said Patrick McManus, head of the Ontario Sewer & Watermain Construction Association (OSWCA). “Beginning in the 1970s and into the early 2000s, very little money was being invested in the maintenance and rehabilitation of these assets,” he told Great Lakes Now. “Now we’re seeing the impacts of underinvestment from decades past.”

The deteriorating condition of these pipes also impacts what consumers pay for their water. Some estimates suggest that anywhere between 10 and 30% (and perhaps as much as 50%) of water bills in Ontario cover the costs associated with leaky pipes – and with almost one-third of water mains in Ontario at or nearing their end-of-life, it’s a problem that will only get worse.

The OSWCA report also noted that Ontario’s drinking water network is highly fragmented. Four hundred and forty-four municipalities in Ontario offer drinking water services through a patchwork of 665 separate water systems, 80% of which serve populations of less than 10,000. Some systems serve as few as 1,000 individuals. Many rural municipalities don’t have the tax base to upgrade their water networks. It’s a lengthy, expensive, and disruptive process, especially when municipal governments need to coordinate work with private landowners. Without the ability to bulk order pipes or water treatment chemicals, McManus said, it’s impossible to bring costs down.

Combining some of Ontario’s remote drinking water networks into larger systems may keep human resource-related costs down, said Brian Bates, CEO of the Walkerton Clean Water Centre, but we would pay for those larger plants in other ways.

“Obviously it would be nice if we had one giant centralized plant and you could hire experts in every aspect of water treatment to be on site,” he told Great Lakes Now. “But from a distribution perspective it would cost much, much more. When you get into rural areas, including First Nations reserves here in Ontario that can be extremely remote, it becomes very difficult to find skilled operators that know the wide range of things from chemistry to maintaining pumps” necessary to operate a modern water treatment plant.

After decades of underinvestment, a rash of new water infrastructure spending began in Ontario in the early 2000s in response to an E. coli outbreak in the Town of Walkerton’s water supply. Of 5,000 residents, more than 2,300 were sickened when E. coli was allowed to contaminate the local drinking water. Seven people died.

A raft of changes occurred as a result of the tragedy and the public inquiry that followed. One of these changes was the creation of the Walkerton Clean Water Centre that Bates now leads to train and license drinking water technicians. Another was a push to invest in safe drinking water through new infrastructure and upgrades to existing pipes and treatment facilities to ensure that what happened at Walkerton would never happen again.

But the post-Walkerton investments were unevenly distributed. Ontario’s drinking water infrastructure has improved dramatically in the past two decades, according to McManus and Bates. However, investments in wastewater and stormwater management were substantially smaller.

“We are still lagging very far behind on the wastewater side,” McManus said, “and that’s becoming a significant problem. We’re seeing flooding in municipalities across the country, including major urbanized centres in Ontario.”

More than 70% of Ontario’s drinking water comes from the Great Lakes, he added, yet our lack of investment in waste and stormwater infrastructure is causing more combined sewer overflows of untreated waste into the Great Lakes.

“This just means we have to treat that water more,” he said, which adds to its cost.

Wastewater gets attention when raw sewage ends up on beaches, Bates noted; but coming out of the Walkerton tragedy in 2000, municipalities and the provincial government were highly focused on improving the drinking water system. Wastewater knowledge among the public is progressing, he added. “But on the stormwater side? There’s a long way to go.”

Rising cost of water in Canada

Water and sewer expenses were typically built into municipal property taxes, but many municipalities in the province over the last 20 years have introduced separate charges for water and sewer use to raise funds for infrastructure upgrades. Di Matteo from Laurentian University told Great Lakes Now that the idea of paying separate rates was also sold to ratepayers as an opportunity to correct a past mistake when water was significantly undervalued.

The result is a rise in municipal water rates that have risen faster since 2005 than both the rate of inflation and the rate of municipal property tax increases.

“We’re putting a tremendous amount of strain on this current generation of users…of our water infrastructure,” McManus said. Because of decades of underinvestment, he added, municipalities have been forced to raise water rates dramatically in a short period of time to upgrade what should have been fixed decades ago, all while maintaining the existing system and expanding it to accommodate a growing population concentrated along the Great Lakes’ shoreline and its tributary rivers

There is little relationship between consumers and the actual cost of delivering water to their homes, according to Roy Brouwer from The Water Institute at the University of Waterloo. “A lot of Canadians have no clue what they’re paying for their water,” he told Great Lakes Now.

But while water rates have increased, Canadian water rates are still some of the lowest in the world. In Waterloo, where Brouwer lives and works, residents pay $2.50 CDN per cubic meter of water, or roughly $0.00025/liter.

For comparison’s sake, with 117,000 people, Waterloo has roughly the same population as Michigan’s capital, Lansing. Lansing, which has not seen a water rate increase since 2020, currently charges its residents $3.40 US per hundred cubic feet of water. But a hundred cubic feet of water is one-third the volume of a cubic meter. So to obtain the same volume, Lansing’s residents would have to pay out more than $120 US, significantly more than the $2.50 CDN that residents of Waterloo pay. That’s a 4,700% price difference for the same volume of water.

“We get clean drinking water from the tap at a very low price,” he said. “I understand that there is concern about increases in water rates, but if you compare these rates with bottled water, the price is really very low. And that [gap between our knowledge of water rates and its actual delivery cost] is maybe a reason why Canada is such a big freshwater consumer.”

Defining the true cost of water to Ontario consumers is essentially what municipal governments are doing in tinkering with volumetric rates or setting fixed prices for water, Di Matteo said.

“Most cities are covering the costs of water as they have defined them. But,” he added, “whether that is the true cost, or whether there are other costs to the environment or [additional] externalities, that would require a fairly extensive cost-benefit analysis.” 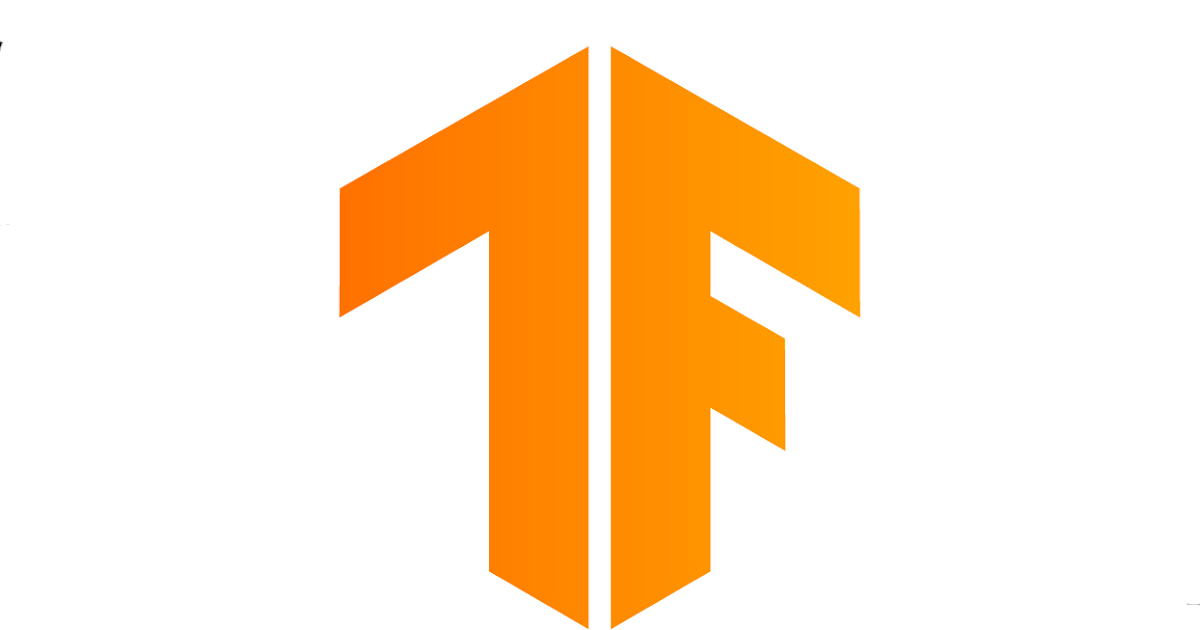 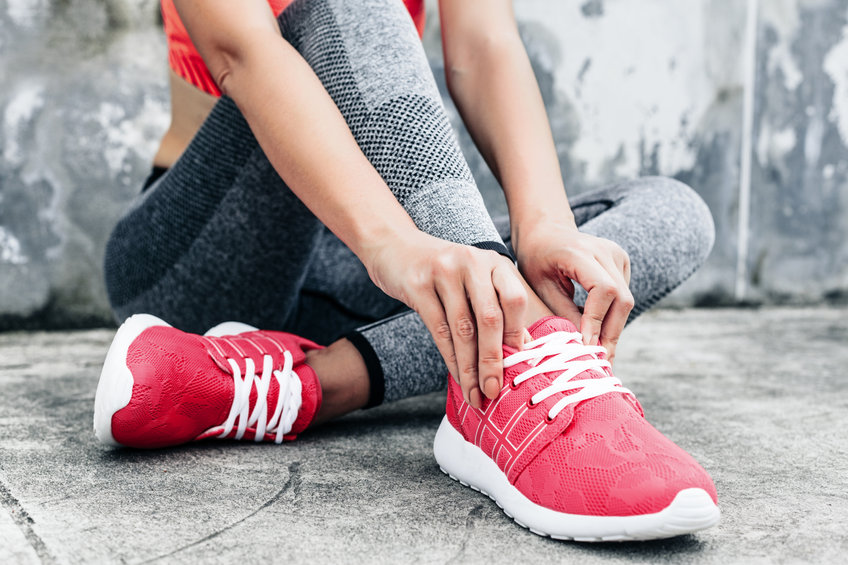