European shares steady after steepest slide for global stocks since 2020

European stocks recovered some of their losses on Tuesday after economic growth fears drove the steepest drop for global equities since June 2020.

In Hong Kong, the Hang Seng index was down 1.9 per cent in mid-afternoon trading, having opened sharply lower after a holiday. Chinese technology groups listed in the territory recorded some of the biggest declines, with Alibaba falling as much as 8 per cent and the Hang Seng Tech index declining 3.3 per cent.

Tuesday’s moves came after a steep decline for shares the day before, with the FTSE All-World index down 3 per cent — hitting its lowest level in more than a year. The US’s broad S&P 500 gauge closed 3.2 per cent lower and the tech-focused Nasdaq Composite lost 4.3 per cent.

Futures contracts tracking the S&P and the Nasdaq 100 gauges also showed early signs of recovery on Tuesday, up more than 1 per cent during the European morning.

BlackRock last week reversed its bullish stance on China. The New York-based investment house downgraded its “modest overweight” rating on the country’s stocks and bonds to neutral over the deteriorating economic outlook despite promises of support from Beijing last month.

“We see a growing geopolitical concern over Beijing’s ties to Russia. This means foreign investors could face more pressure to avoid Chinese assets for regulatory or other reasons,” said the BlackRock Investment Institute, an internal research unit led by Jean Boivin.

“Lockdowns are set to curtail economic activity. China’s policymakers have heralded easing to prevent a growth slowdown — but have yet to fully act.”

The world’s largest asset manager had been expanding its presence in China, and its research unit previously recommended investors boost exposure to the country by as much as three times.

Bitcoin fell to below $30,000 for the first time since July 2021 on Tuesday as the world’s largest cryptocurrency by market capitalisation was hit by investors moving away from riskier assets.

Signalling concerns over weaker demand, oil prices also tumbled with Brent crude, the international benchmark, edging lower by 0.6 per cent to just over $105 a barrel after a drop of almost 6 per cent on Monday.

This story has been amended to clarify that the fall in global equities, rather than Wall Street stocks, on Monday was the steepest since 2020. 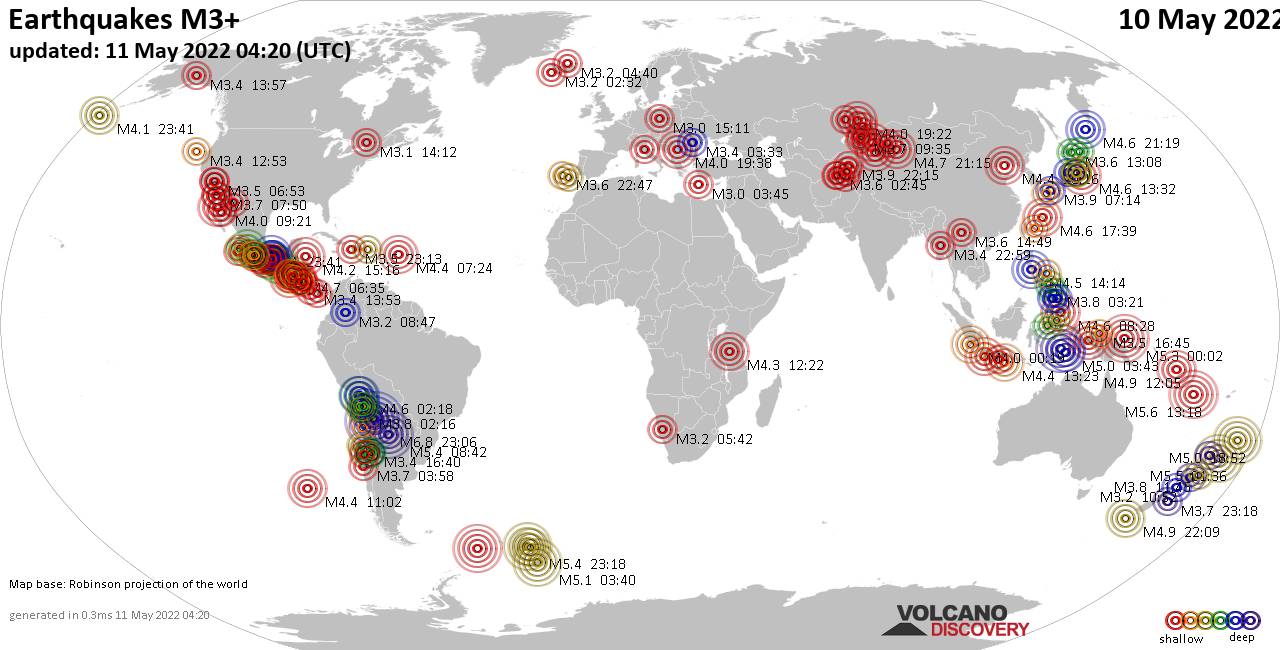 World Earthquake Report for Tuesday, 10 May 2022