Celebrities such as Chris Evans, Taylor Swift, Andy Cohen, Olivia Rodrigo and Elizabeth Banks have spoken out after 19 students and two adults were killed in a school shooting in Texas.

On Tuesday (24 May), 18-year-old gunman named Salvador Ramos opened fire at Robb Elementary School in Uvalde, which serves 90 per cent of Hispanic students in grades two through four.

Officials said that Ramos entered the school with a handgun and possibly a rifle before opening fire.

Soon after the incident, a number of US celebrities reacted to the shooting, with a lot of them condemning the government for not imposing proper gun control laws.

Late-night host Andy Cohen added: “What a f***ed up country this is. Take away women’s reproductive rights but give everybody a gun. What could go wrong.”

Singer Olivia Rodrigo called for “stricter gun control laws” during her performance at the Greek Theater in Los Angeles.

She said: “I wish we would never have to worry about our safety or our lives at places that are dedicated to our learning and growing. I’m so heartbroken that this is the reality that we’re living in – and we need stricter gun control laws in America.”

The Late Late Show host James Corden also spoke out against gun laws in the US during a monologue after the recording of his show on Tuesday.

He said: “I’m so deeply sad for the families of these children, the trauma of the survivors and for the future these kids will never see. It doesn’t make sense to me. It doesn’t reflect the country that I think America is, the America I have always admired.

“You have a problem, you solve it.”

In a lengthy Instagram post, Matthew McConaughey, who spent the first 12 years of his life in Uvalde, wrote: “We have to rearrange our values and find common ground above this devastating American reality that has tragically become our children’s issue.

“This is an epidemic we can control, and whichever side of the aisle we may stand on, we all know we can do better. We must do better.”

A few hours after the incident, Amanda Gorman also shared a poem about gun violence on Twitter.

“Schools scared to death. The truth is, one education under desks, Stooped low from bullets; That plunge when we ask Where our children Shall live & how & if,” wrote the 23-year-old poet.

“It takes a monster to kill children. But to watch monsters kill children again and again and do nothing isn’t just insanity – it’s inhumanity,” Gorman wrote.

“The truth is, one nation under guns.

American actor Dylan O’Brien condemned Republicans, writing: “Republicans will force you to have your kid but will do absolutely f***ing nothing to keep them safe.”

Charlie’s Angel star Banks added: “Vote like your kids’ lives depends on it because they f***ing do. How many more? DO SOMETHING.”

Taylor Swift also broke her months-long Twitter hiatus to share a video of grief-stricken Golden State Warriors coach Steve Kerr, whose team was set to play a game 400 miles from where the fatal shooting took place.

“Filled with rage and grief, and so broken by the murders in Uvalde. By Buffalo, Laguna Woods and so many others,” she wrote.

“By the ways in which we, as a nation, have become conditioned to unfathomable and unbearable heartbreak. Steve’s words ring so true and cut so deep.”

The Kardashians have also shared “heartbreaking” messages about the fatal shooting.

In a lengthy post, Kourtney Kardashian wrote: “Schools should be a place where our kids go to learn, to make friends, to laugh, to grow, to discover themselves. A safe place where they can envision their futures. Not a place where their futures are taken away from them. How have we gotten to a point where it is acceptable for our children to be murdered in their schools?

“It breaks my heart. I plead to lawmakers to take accountability. We need a plan to protect our babies.”

Khloe Kardashian added: “My heart is breaking. I pray, I hope, I beg, I plead… please, law makers, government officials, leaders of our country, do something to protect our children.”

Duo The Chainsmokers shared their condolences on social media, writing: “Our hearts go out to those in Texas at the Robb elementary school and everyone affected. Something has to change in this country. We are the only country where kids go to school and could wind up shot.”

Becky G added: “ENOUGH IS ENOUGH. Just last week a targeted mass shooting at a market in Buffalo and now a school shooting in Uvalde. Communities should be safe in their grocery stores, our CHILDREN should be safe in class! This has to end.”

The Uvalde school shooting is the deadliest shooting in Texas history.

Authorities have not revealed any motivation behind the incident, but say the suspect was acting alone.

“Texans across the state are grieving for the victims of this senseless crime and for the community of Uvalde,” Texas governor Greg Abbott said in a statement.

“Cecilia and I mourn this horrific loss and we urge all Texans to come together to show our unwavering support to all who are suffering.”

The country’s latest mass shooting comes just over a week after 10 people, all of whom were Black, were shot and killed in Buffalo in what officials have called a racist attack.

Follow all the live updates of the Texas school shooting here. 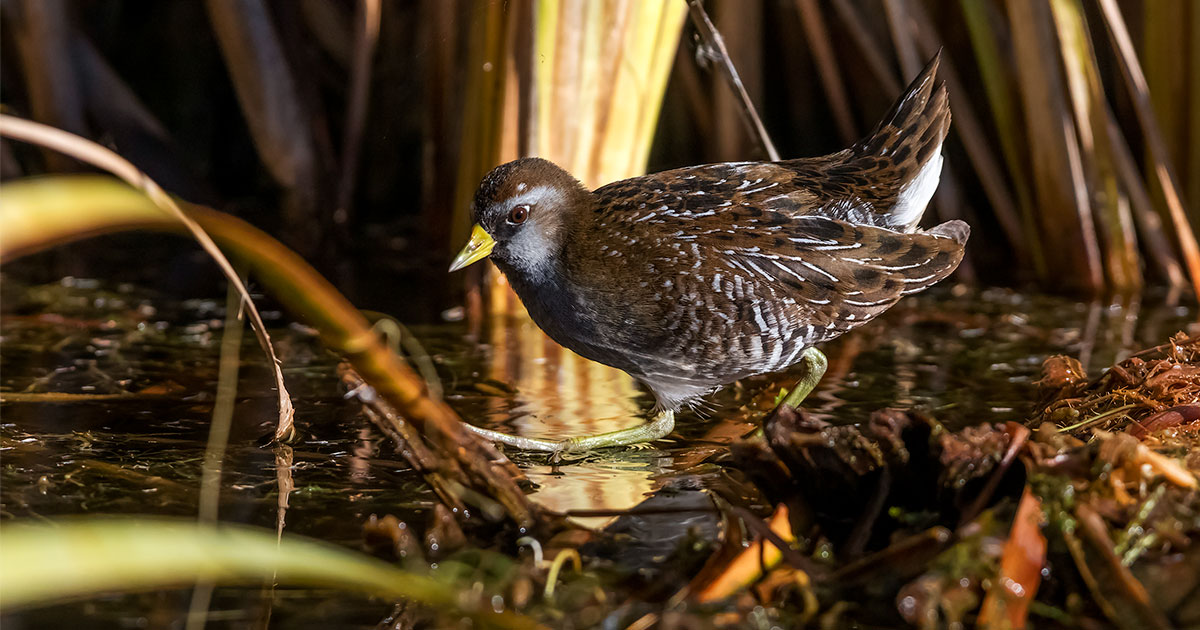 Better Know a Bird: the Remarkable Migration of the Secretive Sora