Click on the headline to read the full story:

Income-eligible subscribers to three Ameren community solar projects in Illinois will begin receiving bill credits of up to $1,000 a year for the next three years.

Ameren distributes power throughout Illinois, but currently doesn’t generate any of their own power in-state. With the passage of the Clean Energy Jobs Act in 2021, Ameren is building two solar power generation sites.

Electric school buses are starting to appear in central Illinois, and more are on the way thanks to a $1 billion federal grant. The buses are a great choice for the environment and the health of children, but critics worry that the technology and infrastructure are not ready for electric to be adopted in a big way.

Six school districts in Indiana will get money from the federal government to buy cleaner school buses. More than $5 million in funding from the federal infrastructure law will go towards 13 electric buses and six propane buses.

Indiana ranks among the worst states for coal ash storage, hosting 80 such facilities with 16 compliance failures caused by leaking, according to a report by the Environmental Integrity Project and Earthjustice.

EPA coal ash regulations issued in 2015 allow polluting utilities to self-regulate. And a giant loophole exempts coal ash piles that stopped receiving coal plant waste before that year. According to a report by the Environmental Integrity Project and Earthjustice, only half of the power plants with coal ash storage sites known to be contaminating groundwater agree that cleanup is necessary.

Electric vehicle manufacturer Via Motors will move its headquarters from Utah to southeastern Michigan, where it plans to invest $12.4 million and create up to 300 jobs.

A Michigan housing agency awards a $500,000 grant to help fund energy efficiency and electrification upgrades in a lower-income neighborhood aiming to be carbon neutral.

Michigan residents who need financial help with their energy bills can sign up for assistance at a pair of upcoming public events, which are also meant to offer them a chance to raise concerns about energy matters with state utility regulators.

A Michigan startup company has launched a service in Saugatuck, Michigan, that allows customers to rent solar-powered recreational boats. The idea is to give more people easy, affordable access to Michigan’s waterways while reducing traditional watersports’ carbon impact.

DTE Energy would retire its two remaining coal plants sooner than planned and triple the amount of renewable energy in its portfolio in the next two decades under a new plan filed with state regulators. The plan projects a $9 billion investment over the next decade, which would dramatically transform how the company generates electricity for its 2.3 million customers, according to company officials.

As alternative-energy jobs expand across Minnesota, a new solar certification program offered at a northwestern Minnesota tribal college is connecting Native and other workers to good-paying jobs.

A tribal leader in Minnesota says plans for a nickel and copper mine that would supply materials for electric vehicle batteries would “devastate the land.”

A former office owned by Enbridge — operator of the Line 3 oil pipeline in northern Minnesota — was purchased by an Indigenous and environmental rights nonprofit that will turn the building into a treaty rights and culture museum. Honor the Earth, a local women-led organization, has fought Enbridge’s Line 3 pipeline for more than seven years.

8th Fire Solar, a Native American-operated Minnesota solar company, is working to lower heating bills and emissions across tribal lands and beyond by producing and installing solar thermal panels, a lesser-known sun-powered technology used to help heat homes and buildings.

Minneapolis will receive $411,000 in federal funding to expand air quality monitoring in communities struggling with pollution and racial segregation. The city’s plan is part of $50 million in grants nationwide for communities to detect dangerous air.

The Ottawa County Board of Commissioners were scheduled to discuss a resolution on banning green energy facilities but the introduction of the new Carroll Township map will push the process to start over again at an undetermined time.

American Electric Power has received a second subpoena from federal financial regulators related to the utility’s role in the HB 6 corruption scandal.

First Solar plans a $270 million research and development center outside of Toledo, Ohio, that would create 200 jobs near its existing manufacturing plant.

More than 60 students joined the Ohio Youth for Climate Justice group on Ohio State’s campus to protest what they said is the university’s failure to limit its climate impact.

A northeastern Ohio city considers replacing all city streetlights with energy-efficient LEDs to potentially save hundreds of thousands of dollars per year in electricity costs.

Wisconsin will receive $25.8 million under the federal program to buy 72 new electric buses across 19 school districts.

Brown County Wisconsin has secured $10 million in federal funding for redevelopment of the Pulliam Power Plant coal plant site at the Port of Green Bay into a state-of-the-art port facility.

Fuel savings and avoided health care costs would more than offset the roughly $100 billion cost of a statewide shift to clean energy in Wisconsin, according to a study commissioned by clean energy groups.

Alliant Energy will be among the first utilities in the U.S. to use a tax credit provision in the Inflation Reduction Act allowing it to own its solar projects and pass down about $138 million in savings to customers.

A building owner wanted to transform one of the largest office buildings in the city Milwaukee. The result is an innovative 83 ft vertical solar array on the side of the seven-story building. Tenants of that building can look forward to a reduction in their annual energy bills: the solar array is forecast to produce the equivalent to the annual energy use of six homes.

Menomonie, Wisconsin completed the first phase of an energy action plan to begin reducing emissions under a 100% carbon-free electricity goal for 2050.

The University of Wisconsin and a clean energy developer partner on a $20 million facility that will convert dairy farm waste into renewable fuel for various types of vehicles.

Critics say a proposed rate hike by We Energies to pay for new solar and natural gas generation pits low-income residents against clean energy advocates while taking too much profit for shareholders.

A lack of coordinated state and local electric vehicle charging regulations is hindering the widespread rollout of charging infrastructure, according to a report from the Fuels Institute.

Midwest utility executives tell investors that tax credits in the Inflation Reduction Act will reduce the cost of clean energy projects, hold down rates and lead to even greater investments.

Xcel Energy expects to save about $500 million over the next five years based on tax subsidies in the new federal law. The Minneapolis-based company said third-quarter profits rose more than 4 %.

U.S. automakers and advanced manufacturers are developing electric vehicle battery plants at a breakneck pace with a seven-fold increase in lithium-ion battery capacity planned by 2030.

More than 9 out of 10 coal ash impoundments nationwide are contaminating groundwater in violation of federal rules, highlighting the need for more urgent action even as the federal government steps up enforcement, according to a new report from environmental groups. 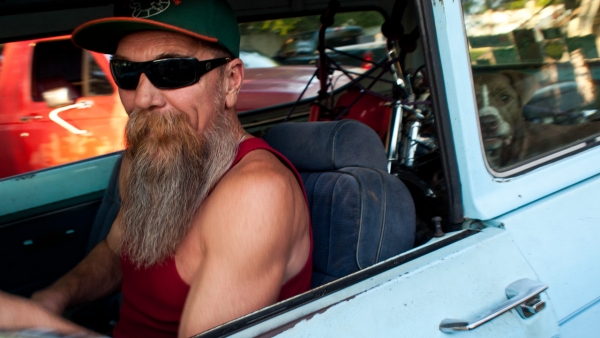