Supernovas laid their hands on the Women’s T20 Challenge trophy for the third time to firmly etch their supremacy in the tournament, which is ostensibly in its last lap before the Women’s IPL takes its place from next year. They eked out a narrow four-run win after Laura Wolvaardt and Simran Bahadur clattered 44 runs in 18 balls to threaten the impossible. The game came down to its last six deliveries. Sophie Ecclestone had 16 to defend and though she gave away a six first ball, she recovered beautifully to seal the game and snatch the title.
The win also made Nooshin Al Khadeer‘s record as head coach a more envious one, having overseen Railways’ success in the Senior Women’s One Day and T20 tournaments in the last few years.
Deandra Dottin was at the thick of it all, first hitting a half-century to help Supernovas put 165 on the board, and then picking up a couple of wickets – including bouncing out an in-form Shafali Verma – to peg Velocity back.

Even though she hit the first six of the final, Priya Punia’s stay in the middle wasn’t a smooth one after Supernovas were put in to bat. While Dottin had managed to get herself going, Punia struggled to rotate strike and conjured up nine dot balls in the powerplay. Dottin’s corresponding figure in the phase was just four.

The pair had managed to hit just one four and one six till the final over of the powerplay, which is when Dottin took a liking to Sneh Rana’s offspin. She hit two mighty slog sweeps to signal the start of the change.

Punia and Dottin brought up their second fifty-run opening partnership before the former was caught at point off Bahadur.

Harmanpreet and the sweep

Dottin, meanwhile, continued to motor along and a six over cow corner off Radha Yadav helped her cross fifty. With Harmanpreet Kaur then taking over and peppering the on-side boundary, Supernovas looked poised to breach 200, something they threatened to do against Velocity in the league stage as well.
Harmanpreet relied on her go-to shot – the sweep – to hit Radha for successive sixes and a four in the 14th over to bring up the fifty-run stand with Dottin. It took just 28 balls coming as opposed to the 42 balls it took for the first wicket.

At 131 for 1 in the 15th over, the base was set for both Dottin and Harmanpreet to launch an assault. But Deepti Sharma’s tight bowling made Dottin attempt an ill-advised scoop against a fullish ball and she was bowled for 62 off 44.

Pooja Vastrakar, who was pushed up to No. 4, then failed to pick a slower one from Ayabonga Khaka, before Kate Cross got rid of Harmanpreet (43) and Ecclestone in successive deliveries.

Bahadur struck twice at the end as Supernovas lost their last six wickets for 34 runs to post 165, which looked a bit below par even though Dottin said it was “enough”.

Shafali and Yastika Bhatia then got off to a flying start, taking 17 off the returning Mansi Joshi’s opening over. Shafali then hit Ecclestone for a couple of fours in the next over before falling to Dottin’s around-the-wicket angle. Ecclestone also got in the act, having Yastika caught and bowled for 13.

Kiran Navgire, who hit the fastest fifty of this tournament, on debut, in the last match, was then roughed by Dottin’s back-of-length bowling. It led to the first maiden of the Women’s T20 Challenge 2022, with Navgire then going for a wild swing in the next over against Ecclestone and getting bowled.

However, it all seemed over when King (3-32) struck off consecutive balls to see the back of Rana and Radha.

The resurgence feat Wolvaardt and Bahadur

But Wolvaardt found an unlikely ally in Bahadur when Velocity needed 48 off the last three overs with two wickets in the bank. Wolvaardt and Bahadur both hit a six each off King in the 18th over that went for 14, with Wolvaardt scoring her second successive half-century in the competition.

Bahadur then came into her own to hit three successive fours off Vastrakar in the penultimate over that went for 17.

Wolvaardt brought her finishing prowess to the fore, like she has done in international cricket, beginning the last over with a six with 17 to get. But fittingly, the top ranked bowler in white-ball cricket Ecclestone managed stave off the threat from both Wolvaardt and Bahadur, thereby enabling Supernovas to lay their hands on the silverware yet again.

S Sudarshanan is a sub-editor at ESPNcricinfo 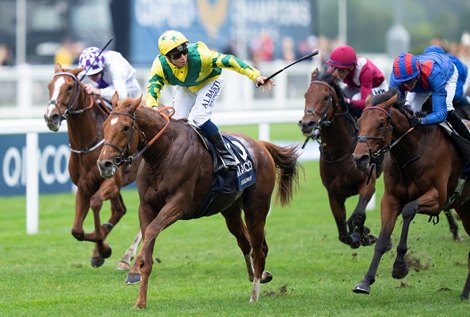