The tiny and lightweight DJI Mini 3 Pro takes DJI’s popular Mini drone series to new heights. The original DJI Mavic Mini arrived in 2019, and was followed in 2020 by the Mini 2, which upped the video resolution from 2.7K to 4K alongside other improvements; but it’s the Mini Pro 3 that really brings the ‘wow’ factor to the sub-250g Mini series.

What’s most impressive about the Mini 3 Pro is that DJI has managed to include a tri-directional obstacle avoidance system inside such a small drone – but that’s far from the only improvement over its predecessor.

The new drone’s sensor is bigger – it’s now a 1/1.3-inch CMOS chip; its lens’s maximum aperture has been increased to a bright f/1.7; its video capabilities have been vastly improved; and the camera can be rotated 90 degrees, enabling you to capture stills and video in both landscape and portrait format.

The list of improvements goes on, justifying that coveted ‘Pro’ moniker. In a nutshell, what you get with the Mini 3 Pro is many of the features and capabilities of higher-spec drones like the DJI Mavic Air 2, in a machine that crucially remains within the sub-250g weight category, which means it doesn’t need to be registered in many regions. This is an impressive feat that has so far only been accomplished by the Autel Evo Nano, which we’re in the process of reviewing.

These welcome new features, along with the new DJI RC Smart Controller that’s available in the priciest of this drone’s three kits, make the Mini 3 Pro a tempting proposition for aerial content creators. One fairly sizable downside, though, is the large leap in price from the DJI Mini 2.

This is to be expected when you consider all of the new features, but a drone that was once affordable enough to appeal to beginners is now priced closer to the DJI Air 2S, a drone that has a 1-inch sensor and is currently top of our list of the best drones you can buy. It’s a tough choice between the two, but the DJI Mini 3 Pro is an excellent option for anyone whose priority is portability, and/or a compact drone that slots into their wider camera kit.

You can buy the DJI Mini 3 Pro now in three configurations from the DJI Store and authorized retailers. The most basic option is the Mini Pro 3 with no controller, which costs $669 / £639 / AU$989. Naturally, this option is aimed at users who already own a compatible controller.

All of the kits include an Intelligent Flight Battery, two sets of propellers, a screwdriver, a gimbal guard, and a USB-C cable for charging and data transfer. The standard kit also comes with cables to connect the controller to your smartphone, though these naturally aren’t included in the other two bundles.

As always, a Fly More Kit is available, and offers excellent value for money when compared to the individual prices of the included accessories. This includes two Intelligent Flight Batteries, a three-battery Charging Hub, two sets of propellers, and a Shoulder Bag. The Fly More Kit costs $189 / £159 / AU$259, and additional accessories are available separately.

In the US and Australia, you can also buy a DJI Mini 3 Pro Fly More Kit Plus for $249 / AU$359, which includes the Intelligent Flight Battery Plus for a longer, 47-minute flight time.

With its folding design and light-gray finish, the Mini 3 Pro has the signature DJI Mavic family looks. But whereas the DJI Mini 2 has sleek, Lamborghini Countach-esque lines like other Mavic models, the Mini 3 Pro is decidedly more rounded.

The inclusion of the obstacle sensors and rounded gimbal mounts further add to this more curvaceous look, while additional design tweaks include propellor arms that have been made more aerodynamic, and propellors that are larger than those used by the Mini 2 to help to increase flight times.

The gimbal attaches to the drone on both sides of the airframe, which helps support the camera and its larger 1/1.3-inch sensor. Handily, this camera can be rotated 90 degrees to shoot stills and video in both portrait and landscape format. It’s a feature that has no doubt been included for social media content creation, thanks to the popularity of TikTok and Instagram Stories, but it’s an extremely useful feature for photographers of all kinds.

In terms of controllers, the standard kit comes with the DJI RC-N1, which is the same controller that you get with the Mavic 3, Air 2S, Mavic Air 2 and Mini 2. This controller features a telescopic phone holder and no screen of any kind.

A significant, but pricier, upgrade on the RC-N1 is the new DJI RC Smart Controller that we used for this review. It offers a large, clear 5.5-inch touchscreen with a 700-nit brightness, and weighs in at 390g. This is only around 5g more than the combination of an RC-N1 Controller and a smartphone, and it offers a faster set-up, as you only need to screw in the thumbsticks in order to start flying.

When it comes to flight, the Mini 3 Pro offers three modes – Cine, Normal and Sport – which is a DJI staple across most consumer and prosumer models.

Cine, which offers a max speed of 13.4mph, provides a slower flight speed with less sensitive controls for smoother cinematic video footage. The Normal mode, with a 22.3mph top speed, is the most commonly-used mode, while Sport is the fastest mode, with the drone able to reach 35.7mph, although collision avoidance is turned off.

Despite its small size and lightweight build, the Mini 3 Pro has a wind speed resistance of just under 24mph, and performs reasonably well in these conditions, particularly when you’re flying in the more powerful Sport mode. Overall, we found the controls to be responsive and the connection between the drone and controller was reliable.

With every new DJI drone in an existing series there seems to be an improvement in battery and flight performance, and the Mini 3 Pro is no exception. The new 2,453mAh Intelligent Flight Battery weighs just 80.5g, and is claimed to provide a flight time of up to 34 minutes.

In reality, when you factor in the charge needed for Return to Home, varying temperatures and wind, your flights are more realistically in the 20-25 minute region, but that’s still a decent bump up from the stamina of the original DJI Mavic Mini.

An Intelligent Flight Battery Plus, featuring a 3,850mAh capacity, is also available for the Mini 3 Pro. This increases the official flight time to 47 minutes, but takes the Mini 3 Pro’s weight above 250g, moving it into the next weight category in most regions. It’s also important to note that this larger-capacity battery won’t be available in some regions, including the EU.

The most important area of improvement has to be the addition of tri-directional obstacle avoidance, which uses wide-angle forward-, backward- and downward-facing sensors. This, alongside Advanced Pilot Assistance Systems 4.0 (APAS 4.0), provides obstacle avoidance that can be turned off when necessary. You can also set it to stop the drone, or autonomously fly around an obstacle when detected. This is a huge leap for the Mini series, and opens the door to some handy autonomous features.

QuickShots are automated flight patterns that let you shoot dynamic video with ease and, on the Mini 3 Pro, they’re now available on a Mini-series drone for the first time. Even better, there’s also now subject-tracking thanks to the FocusTrack Suite, which gives you options for tracking moving subjects, autonomously flying around static subjects, or keeping a subject in the frame while you manually fly the drone. All of these modes work well, and are very welcome additions.

Thanks to the new 12.1MP 1/1.3-inch sensor, which is capable of capturing 48MP photos, image quality is incredibly good for such a small and lightweight drone.

There is a small loss of sharpness towards the edges of the frame when shooting stills, which is typical of most consumer drones, and lateral chromatic aberrations can be visible along high-contrast subject edges, but this isn’t a major issue.

The Mini 3 Pro’s ISO handling is, without a doubt, excellent. There’s virtually no additional noise visible in raw files in any of the settings above ISO 100, all the way up to the maximum ISO 6400. Natural color reproduction is also maintained, which means you can confidently shoot at any ISO setting.

The Mini 3 Pro’s camera uses dual native ISO capturing technology, and the move has certainly paid off. When this ISO handling is combined with the fast f/1.7 aperture, the Mini 3 Pro is a low-light powerhouse.

In stills mode, you’re able to capture raw files and JPEGs in two resolutions. While the Mini 3 is advertised as having a 50MP resolution, ‘standard’ raw files are 12.1MP. To get larger files you have to shoot in the 48MP mode, which capture files at that resolution. However, when compared to the standard 12.1MP files, images captured in 48MP mode appears less sharp, although this could simply be an illusion because detail naturally looks sharper in smaller images.

48MP shooting is undoubtedly a welcome feature that extends the possibilities of the camera, although when you’re shooting in this mode you’re unable to use AEB (Auto Exposure Bracketing), Burst or Timed Shot mode. When you use these, the resolution is set to the standard 12.1MP, but you can use Adobe’s Super Resolution in Lightroom and Adobe Camera Raw to increase the size of these raw files if you need to.

Overall, video captured by the Mini 3 Pro is excellent. The videos captured for our tests were shot without ND (neutral density) filters, because these were unavailable at the time. This means the 4K footage is a little choppy, due to the fast shutter speeds required to balance exposure against the fast f/1.7 fixed aperture.

Detail and sharpness across the frame are, however, excellent when shooting video, and the use of ND filters will produce fluid footage when shot at the optimum shutter speed for the frame rate of the video being captured. An ND filter set is available separately from DJI, and this is an essential buy if you intend to shoot video.

Video can be captured at three resolutions; 4K (at up to 60p), 2.7K (at up to 60p) and FHD at up to 120p. The latter provides slow-motion video when shot at 120fps. The maximum video bitrate is 150Mbps, and with Normal and D-Cinelike color profiles available, the Mini 3 Pro is suitable for both amateur and professional video capture.

There’s also a digital zoom option that provides 2x zoom at 4K resolution, 3x zoom at 2.7K and 4x zoom at FHD. This must be used sparingly because of the loss of quality, although FHD ultimately provides the best results up to 2x zoom.

Should I buy the DJI Mini 3 Pro? 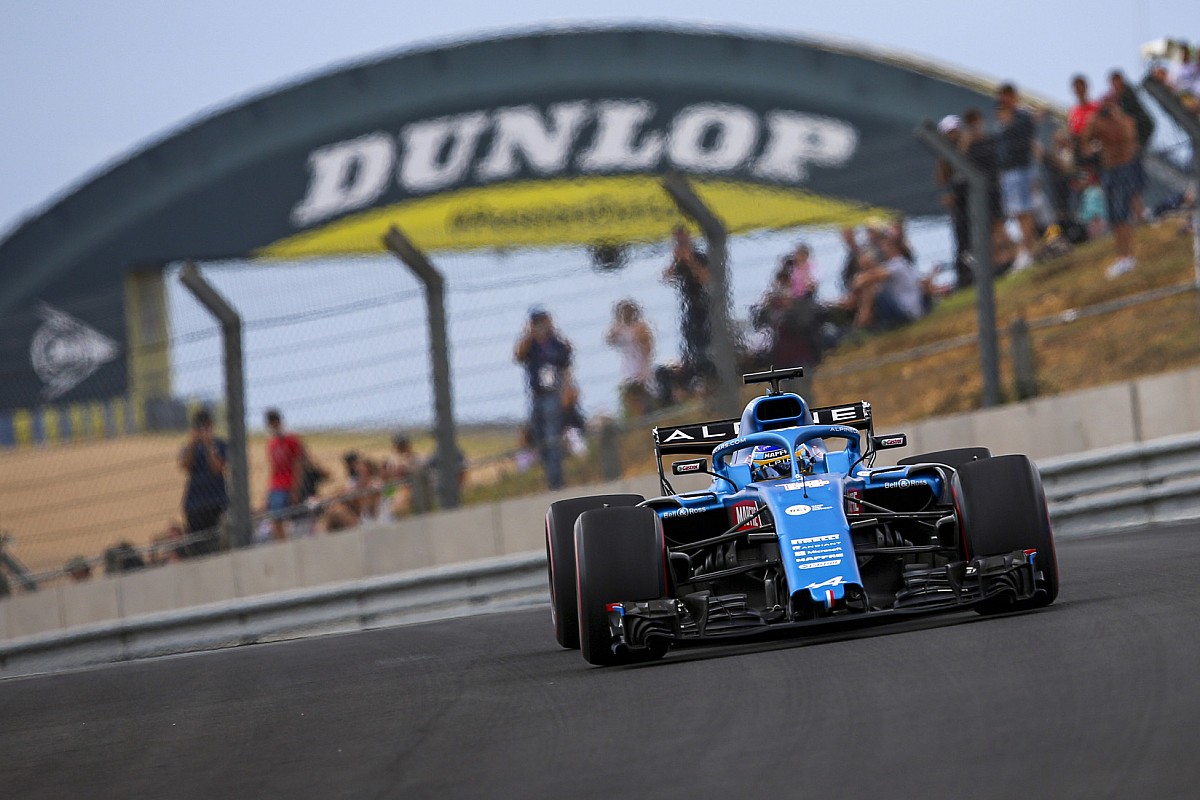 A wing and a prayer: is there hope for Britain’s loneliest bat?