Devin Leary getting First Round love in 2023 NFL Mock Drafts

We’re exactly 121 days away from the start of the 2022 NC State football season opener at East Carolina in Greenville, N.C., but the hype around the Wolfpack continues to build. That hype is warranted for the Pack as a whole with so many starters returning on both sides of the ball, but one player in particular has been garnering a lot of national attention recently — Devin Leary.

Coming off a record-breaking 2021 campaign, the buzz for Leary was initially fairly quiet. But as national analysts started cutting on the tape from last season and looking at the stats to back it up, Leary has gone from a QB not even listed in some Top 10 lists to now being listed as a potential first-round pick in next year’s NFL Draft.

In a recent mock draft from Blake Brockermeyer of 247Sports, Leary was taken at No. 27 overall by the Miami Dolphins. Of course, the teams are all simply projections right now and the needs/draft order will obviously change by this time next year, but Brockermeyer says he’s “throwing a dart” with the Pack’s gunslinger.

Throwing a dart here in case Miami decides after going mostly all-in offensively in 2022 that it needs to look elsewhere at quarterback. Devin Leary is by no means a perfect quarterback prospect but at this point in the first round, he’s worth a shot. Leary is a tough-as-nails gunslinger who threw for 35 touchdowns to five interceptions in 2021. Leary’s an accurate and efficient passer who won’t get tricked into making mistakes and he’s changed the culture in Raleigh — NC State expects to win the ACC this fall.

Following the recent projection from Brockermeyer, Michael Renner of Pro Football Focus also jumped on the Leary bandwagon. Renner had Leary going near the end of the first round to a Florida team as well, but the landing spot was an interesting one as he could potentially follow a legend in 2023.

N.C. State head coach Dave Doeren called Leary the best quarterback in the country on the Tailgate podcast last month. While I wouldn’t go that far, Leary had himself one heck of a 2021 season. He earned an 85.1 passing grade with 31 big-time throws and only nine turnover-worthy plays as a redshirt junior in 2021.

After watching Leary unleash last year with nearly 3,500 passing yards and 35 touchdowns — breaking Philip Rivers’ single-season program record — Wolfpack fans have become accustomed to seeing greatness from Leary. But it’s becoming clear that Leary will be much more of a national name heading into next year than he was in 2020.

Dave Doeren made sure that was the case recently, putting the rest of college football on notice about Leary.

“In my opinion, we have the best quarterback in the country coming back to play for us,” Doeren told Pete Thamel of ESPN. “Devin Leary is a winner, he’s clutch. From an arm strength standpoint, it’s unbelievable what that guy can do throwing the football. He’s not a dual-threat quarterback. But you talk about a guy who can truly throw the ball and is clutch and can sit in the pocket, move around and do all the progression things he’d be doing at the next level.”

I’ve said this before and I’ll say it again: Don’t be concerned about this all being too much for Leary. Pumping up the Pack’s veteran QB and putting him on a pedestal isn’t going to inflate his ego or ruin his chances of leading NC State to new heights this season.

“Honestly, I just block out the noise,” Leary said. “That’s what I do. That’s what we all do here. Something that we’ve been preaching ever since last season is that at the end of the day it’s going to be NC State vs. NC State. As long as we don’t beat ourselves and get better each and every day, that’s all that matters.”

And if he just so happens to put up ridiculous stats and show off that NFL-ready arm on Saturdays — along with one Thursday and a Friday — this coming fall, the first-round projections might become even more frequent for Leary next year.

Not a VIP subscriber to Pack Pride? Sign up now to get access to everything R. Cory Smith, Michael Clark and the entire Pack Pride team have to offer on all things NC State and access to the No. 1 site covering the Wolfpack. 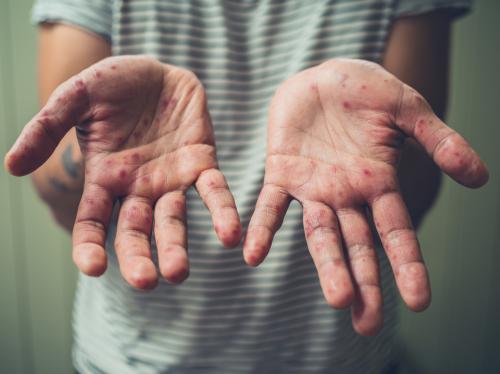 Measles cases double in 1st 2 months of 2022: What does this warn us of