By Huck Allen: David Benavidez is eyeing fights against Caleb Plant and Jermall Charlo later on this year after he takes care of David Lemieux this Saturday night in their headliner on Showtime at the Gila River Arena in Glendale, Arizona.

Former IBF 168-lb champion Plant has reportedly expressed interest in fighting Benavidez after his next fight against Anthony Dirrell.

A match between Benavidez (25-0, 22 KOs) would have huge ramifications, as it will put the winner in a great spot to get a fight against Canelo Alvarez, the undisputed champion at 168 in 2023.

Benavidez, 25, has a dangerous fight on his hands against former IBF middleweight champion Lemieux (43-4, 36 KOs) on Saturday. Those two will be fighting for the interim WBC super-middleweight title.

Lemieux, 33, is still dangerous despite having suffered some key losses in the last seven years. He’s won his last five fights and is looking good. We’ll see if he can get to Benavidez’s chin before he has a chance to get warmed up.

“I have no problems fighting Jermall Charlo, Caleb Plant, David Morrell, all those guys. I feel like I got to fight them anyways to be the top guy I want to be, and the best in the world,” said David Benavidez to Brian Custer’s Podcast.

It might be a little too much to ask to think that Jermall Charlo will agree to fight Benavidez in 2022, but Plant seems highly ambitious.

He knows that if he can beat Benavidez, it’s going to open the door for another massive payday fight against Canelo Alvarez. Plant is more of a risk-taker than Jermall, which is why he earned a title shot against Canelo.

“I feel that’s really silly because we don’t like each other, but we need each other to get to the next step,” said Benavidez when told that Jermall Charlo said on the Mike Tyson podcast that he doesn’t see any value in fighting him because he doesn’t hold a world title.

“Nobody here is the A-side. We’re all basically worth the same. Why doesn’t he [Jermall] fight me and see if people give him the respect? I’m 25-0. I’m sure people will give him respect if he beats me.

“I know his paycheck would be more than the guy he’s fighting now. If he wants to get paid, I want to get paid too. Let’s make that money. 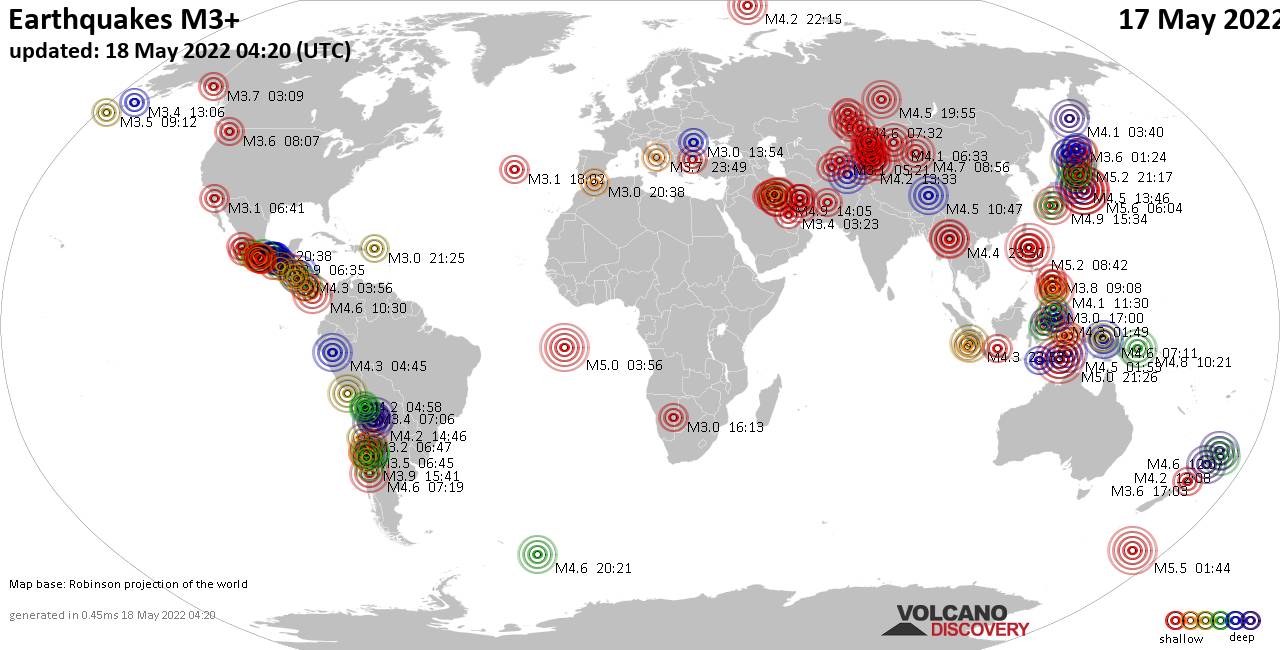 World Earthquake Report for Tuesday, 17 May 2022