The Government’s promise to make towns and cities safer for cycling and walking is wobbling, with more than a quarter of low-traffic neighbourhoods installed across Britain during the pandemic now scrapped, i can reveal.

Since March 2020, hundreds of experimental Low Traffic Neighbourhoods (LTNs) have been rolled out in cities around the country in an attempt to encourage more people to walk and cycle rather than risk infections on public transport, or clog up the roads in private cars.

“Modal filters” in the form of bollards and giant planters blocked motor vehicle access to make networks of streets safer and quieter. They were part of what ministers promised would be a “walking and cycling revolution”.

But councils installing LTNs faced a fierce backlash from local residents, businesses and disgruntled motorists, with complaints of more traffic being pushed to perimeter roads and difficulties for the elderly and disabled.

The opposition is taking its toll – 28 per cent of the schemes installed since March 2020 have subsequently been ditched, i analysis shows.

Back in 2020 ministers hastily assembled £250m of emergency funding announced to fund immediate, “experimental” changes to road layouts, as part of a wider £2bn investment in walking and cycling across England.

Many local authorities also used other sources of funding to roll out schemes. But while the action was rapid, the “lasting transformative change in how we make short journeys in our towns and cities” that the Government wanted has often not materialised, due to some swift U-turns.

A Salisbury city centre LTN was abandoned in November 2020 after resistance from local businesses, even though it had only been in operation for a month, during a national lockdown.

Disputes over LTNs have often been bitter, with planters repeatedly moved, tipped over and covered in angry graffiti, drivers mounting pavements to dodge the obstacles and councillors supporting LTNs subjected to torrents of personal abuse.

Hackney Council in East London had to plead with the police for help to stop an LTN-induced “crime wave”.

i asked regional transport authorities and local councils in Britain’s main urban areas to provide information on the number of experimental LTNs installed since March 2020, and how many had been scrapped.

The responses received covered 105 local authorities and showed that in these areas 189 LTNs had been installed since March 2020 and 52 (28 per cent) have since been removed.

In London, the removal rate climbs to 30 per cent. Some authorities – such as Wandsworth, south London which scrapped all seven LTNs after negative feedback from residents – didn’t even wait for consultation periods to end before dropping them.

In Ealing, west London, seven of the nine LTNs installed in 2020 have been removed after a consultation revealed strong opposition among residents.

LTNs were an issue in this month’s local elections in the capital – with some arguing a backlash against the measures helped the Conservatives take Harrow, west London and halve Labour’s majority in Enfield, north London.

More LTNs are likely to go in London, with the newly elected mayor of Tower Hamlets council Lutfur Raman pledging to scrap them, saying they were leading to poorer air quality.

But Duncan Dollimore, head of campaigns at Cycling UK, said some councils removed schemes without even waiting for data to show whether they were encouraging more active travel or improving air quality.

“Too often, people wanted to remove things because they thought it would cause more congestion, that it would cause increased air pollution,” he told i. “They didn’t wait for an evaluation.”

“Not every scheme that was put in place was therefore fully consulted on, or perfect,” he added. “The problem we then had was that too many councils ripped out schemes that weren’t perfect, instead of saying ‘how do we tweak it?’”

But other councils have pressed ahead, making schemes permanent despite local opposition (see box).

Adam Tranter, cycling and walking commissioner for the West Midlands said some of the scrapped LTNs were poorly planned projects, drawn up in a hurry by councils working to the Government’s tight funding deadline.

“We have across the country many local authorities who have not been prioritising active travel for decades,” he said. “So the councils that I think did a particularly good job of Emergency Active Travel Fund [schemes] were the ones that had already decided that they were prioritizing cycling and walking and they already had plans ready to go.”

Some schemes failed simply because of a “lack of political will”, he argued, with councils conceding too readily to LTN opponents.

“Changes is really hard, and you have to bring people with you. But the important thing here is not to mistake bringing people with you as some sort of veto for making the bold decisions we need to in the face of a climate crisis and inactivity crisis.”

The government is doubling down on its ‘active travel’ agenda, seeing it as a cheap way to tackle obesity, cut air pollution and reduce carbon emissions.

And campaigners say the experience of being instructed to act on an emergency footing has prompted a shift in thinking inside many councils. “We’ve had a slow but positive mindset change,” said Mr Dollimore. “There is definitely a culture change within local authorities towards considering walking and cycling infrastructure.”

In London, which has played host to the bulk of the LTNs, walking and cycling commissioner Will Norman has vowed to continue with further change. “Walking and cycling have been hugely popular and vital ways to get around London since the pandemic started and we are continuing to work closely with boroughs across the capital to sustain this success by transforming streets and ensuring there is enough space for people to walk and cycle safely,” he told i.

In King’s Heath, a suburb of Birmingham, residents have been getting to grips with new road rules since autumn 2020 when a new LTN was installed. Planters have been installed on nine different streets to cars, and one of the main shopping streets has been pedestrianised.

The measures have divided the community, with some praising the quieter streets and “cafe culture” it has created, while others bemoan an increase in traffic on boundary roads.

Martin Mullaney, a vaccine co-ordinator for the NHS, lives just half a mile from Kings Heath and has campaigned for the LTN’s removal. “I know all the shopkeepers, and they keep telling me how their trade has just crashed because of it,” he told i, adding that the roads around the LTN are now “one big logjam”.

But Labour councillor Lisa Trickett believes there is a “silent majority” of residents who disagree with Martin and want to see the LTN stay.

“Some people have harnessed the LTN as a wedge issue, and have sought to divide communities,” she told i. “It’s a very small and loud group who break down the overall harmony of the community.”

Birmingham’s Labour council said the Kings Heath LTN would become permanent in March 2022. Ms Trickett said her re-election to the council just weeks later proves the LTN has the support of the “silent majority”. “What I found inspiring, going round during the election, was the silent majority,” she said. “The silent majority is clear, because they re-elected me.”

Yet her support for LTNs has come at a price. She said she has experienced a campaign of “utterly misogynistic” online abuse, has been shouted at and even pushed over on the street. Others say local officials working on LTNs have been left “bruised” by the experience.

Many local residents struggle to see why LTNs have become such a toxic issue. “I’m not pro or anti LTNs. I don’t really care about LTNs,” King’s Heath resident Sush Kelly told i. “I care more about finding ways for people to walk, cycle and scoot in safety. And in this instance, having the LTN is something that has enabled that.”

Get on your e-bike

Low Traffic Neighbourhoods are not the only scheme the government is relying on to get people cycling more. Last week the Government launched a new £8m scheme for people to rent an e-bike free of charge.

The “Cycling made e-asy” programme, run by Cycling UK, will start as a pilot in Greater Manchester this month. Residents will be able to claim free three-month loans of an e-bike in a bid to “dispel common myths and build awareness of e-cycles”, according to Cycling UK.

Studies have shown that people with e-bikes get just as much exercise as those using a normal push bike, because they use them more frequently and for longer trips.

“E-cycles are a great way for people with longer or hillier journeys to travel and the £8 million we have provided for this scheme will help make cycling the natural first choice for many journeys – a key Government commitment from the Prime Minister’s Cycling and Walking plan,” said Cycling Minister Trudy Harrison. 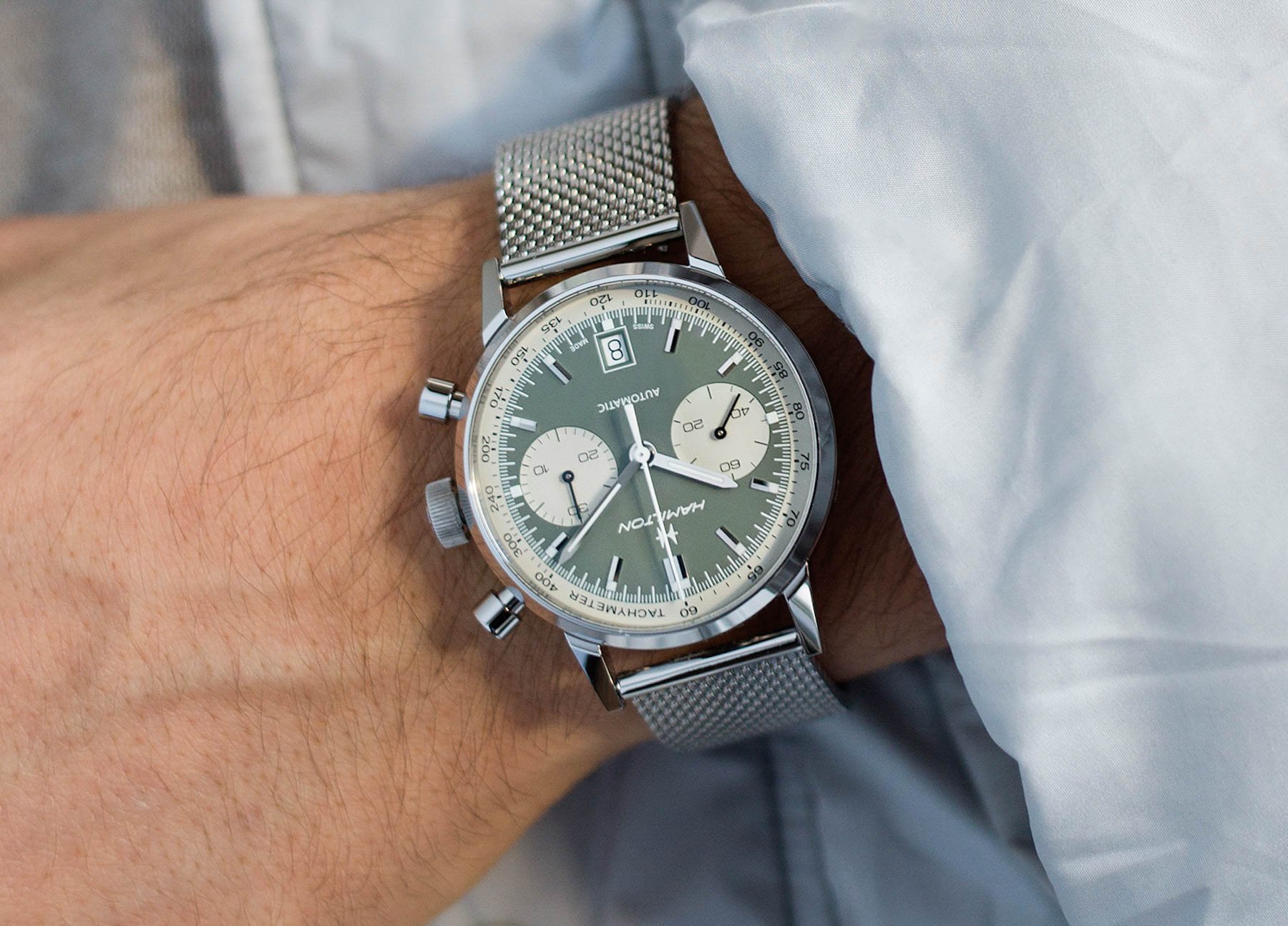 Starting A Watch Collection With €5,000 — Daan's Picks From Longines, Seiko, And Hamilton