Carlos Alcaraz news: Former Grand Slam finalist explains why Spaniard is ‘superior from others at the moment’

Movement, aggression and playing the right shots in the right moment are just some of the key features that makes Carlos Alcaraz “very difficult to beat”, according to former world No 2 Alex Corretja.

Alcaraz has been hailed as the “best player in the world” by the likes of Novak Djokovic and Alexander Zverev after he won his fourth title of 2022 over the weekend.

The 19-year-old brushed aside Zverev in the Madrid Open final to win back-to-back ATP Masters titles as he also lifted the Miami Open trophy.

The Spaniard has tasted defeat in only three matches in 2022 and Corretja explained why he is so difficult to break down.

“Alcaraz is superior from the others at this moment,” he told Eurosport.

“He is moving much faster, his aggression, it’s huge, he always goes with the right shot at the right moment, he mixed it up very well and he’s also playing very aggressive, but he also defends well, so it’s very difficult to beat him.

“He will still improve of course, he can be more patient at the time, he will serve better, I think he will just gain a little bit of more knowledge of the game, which I think he knows very well.

“But his mind, he sets up very calmly but at the same time very aggressive, you know, so it’s a big combination and it depends a lot on him. And this is such a good news as a player when you are on the court and you feel that you have the power, you also feel like: ‘OK, if I do well, I will end up winning’. That’s what is happening with Alcaraz right now.”

The article Carlos Alcaraz news: Former Grand Slam finalist explains why Spaniard is ‘superior from others at the moment’ appeared first on Tennis365.com. 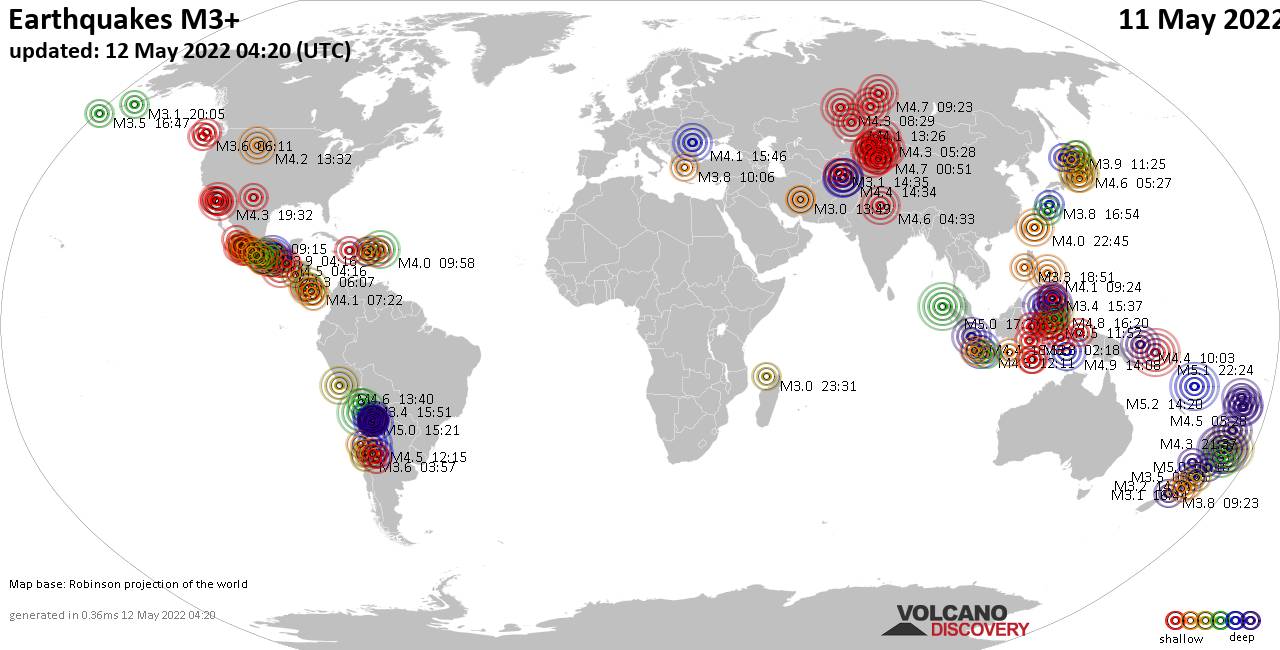 World Earthquake Report for Wednesday, 11 May 2022