Braves star outfielder Ronald Acuña Jr. was absent from the team’s lineup for the third straight game Saturday because of lingering soreness in his left groin. After the Braves beat the Padres 6-5, the team announced a piece of good news to accompany their comeback win: An MRI revealed nothing that would cause Acuña to be placed on the injured list.

Acuña will be evaluated on a day-to-day basis instead, manager Brian Snitker said.

The outfielder missed Wednesday’s game against the Red Sox and the Braves were off Thursday, so they initially hoped he would miss only one game. After checking him out Friday afternoon, the decision was made to rest Acuña for at least one more day.

Acuña said he felt fine Friday and, when asked if he would play Saturday, replied in Spanish, “Sí.” His absence Saturday sparked concern.

“He came in sore,” Snitker said.

For now, soreness in the groin is all there is to worry about. Acuña hasn’t had any problems with his surgically repaired right knee since coming off the injured list on April 28.

The Braves will be careful and will not put Acuña in the lineup for Sunday’s 11:30 a.m. finale with the Padres.

That Acuña’s ailment is expected to clear up in short order is good news for a Braves outfield that is receiving spotty production from outfielders not named Travis Demeritte, who went 2-for-4 Saturday and is batting .327 in 17 games since being called up on April 22. Sluggers Adam Duvall and Marcell Ozuna entered Saturday batting a combined .201 with 65 strikeouts, most of which belong to Duvall.

Both, however, played key roles in the Braves’ comeback on Saturday. Duvall led off the eighth inning as a pinch-hitter and drew a walk. Two outs later, he scored on Ozzie Albies’ single to cut the Padres’ three-run lead to 5-3. Then Ozuna sent Padres reliever Steven Wilson’s 3-2 slider over the left-field wall for a game-tying home run. It was Ozuna’s first home run since April 17 against the Padres.

The Braves’ rally was punctuated by third baseman Austin Riley. His go-ahead double in the bottom of the eighth erased his throwing error that allowed the Padres to take the lead in the top of the inning.

Whether the comeback sparks some life in the Braves, who improved to 16-18, remains to be seen. But the news of Acuña’s impending return almost certainly will. The 2018 National League Rookie of the Year is hitting .282 with a .391 OBP, .878 OPS, four extra-base hits and 5-for-5 stolen bases in 10 games.

“It’s the best news possible,” Snitker said of Acuña’s prognosis. “There’s nothing big. Now he’s just gonna be day to day. I don’t know how long it’ll be. … But there’s nothing that the MRI showed that would lead us to think that he’s got to be shut down.” 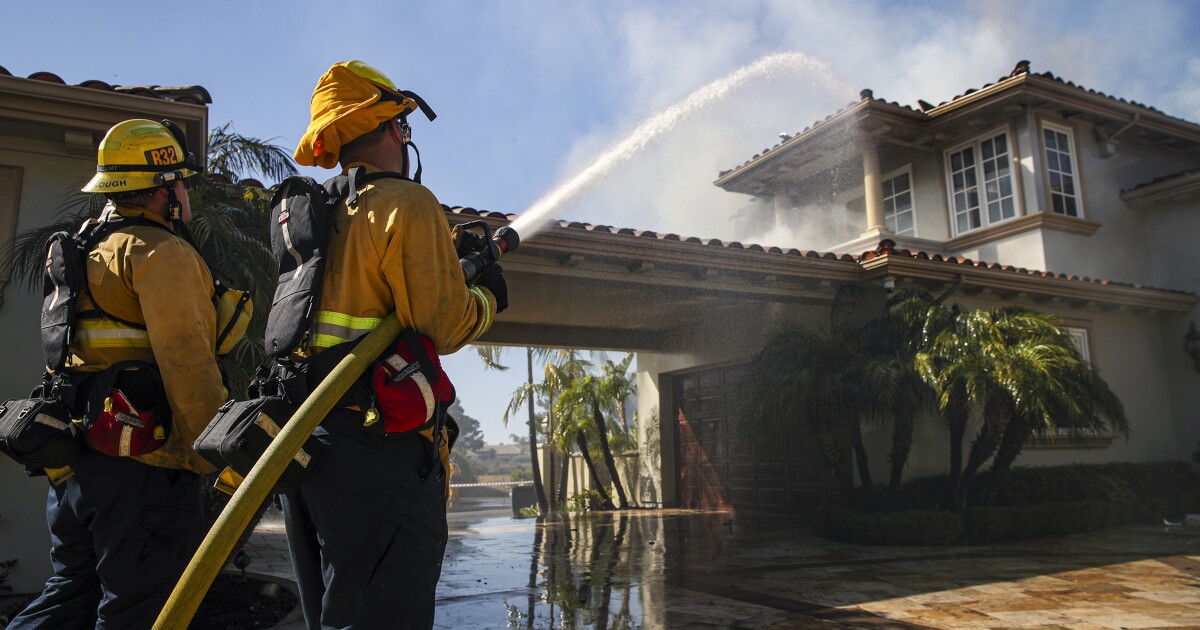 Is your vacation rental in a risky wildfire zone? What you need to know

Readers reply: can seagulls recognise you?