Bivol confident he won’t be robbed against Canelo

By Jack Tiernan: Dmitry Bivol says he’s not worried about being robbed by the judges Saturday night when he battles ‘the face of boxing’ Canelo Alvarez at the T-Mobile Arena in Las Vegas.

Bivol, 31, trusts the judges to score his fight with Canelo correctly and not turn in weird scores that make no sense.

One way Bivol can avoid being on the receiving end of a controversial decision against the superstar Canelo is to take the judges out of play by knocking him out.

Canelo has his reasons for wanting to stage his fight with Bivol at the T-Mobile,  but it does strike one as odd that he would pick a spot where he dodged defeats.

Bivol believes he can stop Canelo

“I believe I just have to be my best version,” said Bivol to DAZN Boxing Show when asked if he must knockout Canelo to win.

“If I see that I can stop him early, of course, I’ll do it like every fighter if he sees it. But every fighter should be ready to go the distance. It doesn’t matter about decisions. It’s more important how I feel after the fight.

“If I feel after the fight that I won, and my coach said I won, and if the crowd is glad for my performance, it’s more important for me,” said Bivol.

It should bother Bivol if he loses a controversial decision against Canelo because his chances for a rematch won’t be good.

With Canelo’s next fight with Golovkin already booked for September 17th, he’s probably not going to give Bivol a rematch if he beats him by a questionable decision.

“I can’t imagine my life without boxing, and, of course, it’s worth it, and I’m glad where I am now. It’s a long trip to get here, and I sacrifice a lot of my time and my health sometimes. If you want to achieve something, you have to sacrifice and work hard,” said Bivol.

“I just want people to think about me, that I’m a good boxer that can make something good in the ring, and people can learn and take something from them,” said Bivol.

“You’re talking about a young man in Dmitry Bivol that was an outstanding amateur,” said Eddie Hearn. “Two world championship gold medals that he won.

“Untouched, unbeaten, never been down, never really been hurt in a fight, and beaten some great fighters with ease, and now this is Dimitry’s time. It’s his time to create his own greatness.

“The strapline for this fight is ‘Legacy is Earned,’ and that is 100% right. If you want to be a great, you got to go out there and beat Canelo Alvarez on Saturday,” said Hearn.

“This fight is one of the most difficult of Canelo Alvarez’s career,” said Hearn.

“If Dmitry Bivol wins, he goes down as a pound-for-pound king,” said Hearn. “This is a moment he’s been waiting for his whole career.

“If Canelo Alvarez wins, it’s another champion he’s dethroned. It’s another part of history and legacy that he’s created. This is a tough fight, and anything can happen,” said Hearn.

Canelo motivated by the challenge

“Dmitry Bivol is a great fighter, a solid champion at 175,” said Canelo. “For me, he’s the best at 175, so that makes me feel alive and motivated.

“For me, it’s a really good challenge. If you want to make history, you have to fight the best. I want to be one of the best fighters in boxing history. That’s why I choose these kinds of fights,” said Canelo.

“I’m going to enjoy this fight because it’s a dangerous fight, and I really like it,” said Canelo. “Whatever happens there, I’m going to put my best, and I’m going to win.”

“Canelo has always had to fight guys that he had to get on the inside, so the height isn’t really a complication for him,” said trainer Eddy Reynoso to Matchroom Boxing.

“I discussed it with Eddie Hearn. It’s not on the table, but we discussed it but it was a ping pong idea,” said Canelo about a fight between him and Oleksandr Usyk, the IBF/WBA/WBO heavyweight champion.

“Yeah, I believe I can do that,” said Canelo when asked if he can hurt & stop Bivol. “I believe in my abilities and how strong I am. Body, chin, whatever.”

“178, 180 max,” said Canelo when asked how much he plans on weighing on Saturday night for the Bivol match. “I feel good; I’m always training.

“Yeah, I need to lose six pounds, seven,” said Canelo when asked if he needed to cut weight to make the 175-lb limit.

Dmitry is confident about winning

“All boxers are different, and we’re all unique people with unique qualities,” said Bivol. “My pack of qualities are unique too. For him [Canelo], I will be something new.”

“I just win this fight because I believe, and I hope I will win. We will see what happens,” said Bivol.

“I think I have enough experience, and I have enough power, speed, boxing quality, to fight against the best,” Bivol said. “… I don’t think that I was avoided.

“Maybe not just an interesting fight to make because I’m not known yet. I know it’s business. Fine. OK. No problem. But now I got the fight,” said Bivol.

“He’s got to box, he’s got to be him,” said Teddy Atlas on The Fight, when asked what Bivol must do to win. “He’s the naturally bigger guy, the light heavyweight.

“He ain’t going to win by being the naturally bigger guy because guess who is the stronger and more physical [fighter]. I don’t know why.

“Maybe he [Canelo] got on a good weight program, or maybe it’s the Mexican burgers at that joint that he’s been hanging out sometimes getting that beef that makes you a little bigger,” said Atlas about Canelo.

“Now, he’s no longer the smaller man, even though he used to be a guy that was junior welter, welter, junior middle, middle, and then super middle. He’s a light heavyweight now, he’s thick, he’s strong, and there’s no going back. That’s where you start.

“You have to know what you’re up against and what you are. He’s not going to win a strength contest by backing Canelo up,” said Atlas. “The naturally bigger guy Bivol is not the stronger guy in this fight anymore or even the bigger guy when it comes to that.

“He’s going to have to outbox him, but that’s his temperament. That’s Bivol’s nature anyway, to be cautious, to be careful. He puts a clinic on and goes in and out,” Atlas said.

“The two things he needs to win this fight is his biggest assets are his legs and his jab,” said Atlas about Bivol. “That’s what wins for Bivol and his mind. He’s very cerebral; he’s very smart.

“He likes to go in and out and dominate with the jab and set everything up. If you wait too long, he’ll get off first. If you reach in, he’ll counter.

“Every once in a while, he’ll jump in with a left hook. He better be careful with that because Canelo will time him; he’s very good at that. Understand your opponent, their strengths, and their flaws.

“One thing with Canelo is that his improvement has also been a flaw that someone can take advantage of it. He learned from Mayweather to move his head more, and he does; he’s improved, Canelo.

“He’s done a tremendous job,” said Atlas. “Sometimes, he’ll get himself in the middle of the ring or on the ropes, where sometimes he’ll put on a defensive clinic like Mayweather did. It’s almost like he’s showing off like he likes it, but he goes defensive for too long without throwing back.

“That’s one of the spots where Bivol is going to win this and get a decision, which in itself isn’t going to be easy being that he’s [Canelo] the golden goose with the judges. If he’s going to do that, he’s got to take advantage of such things,” said Altas. 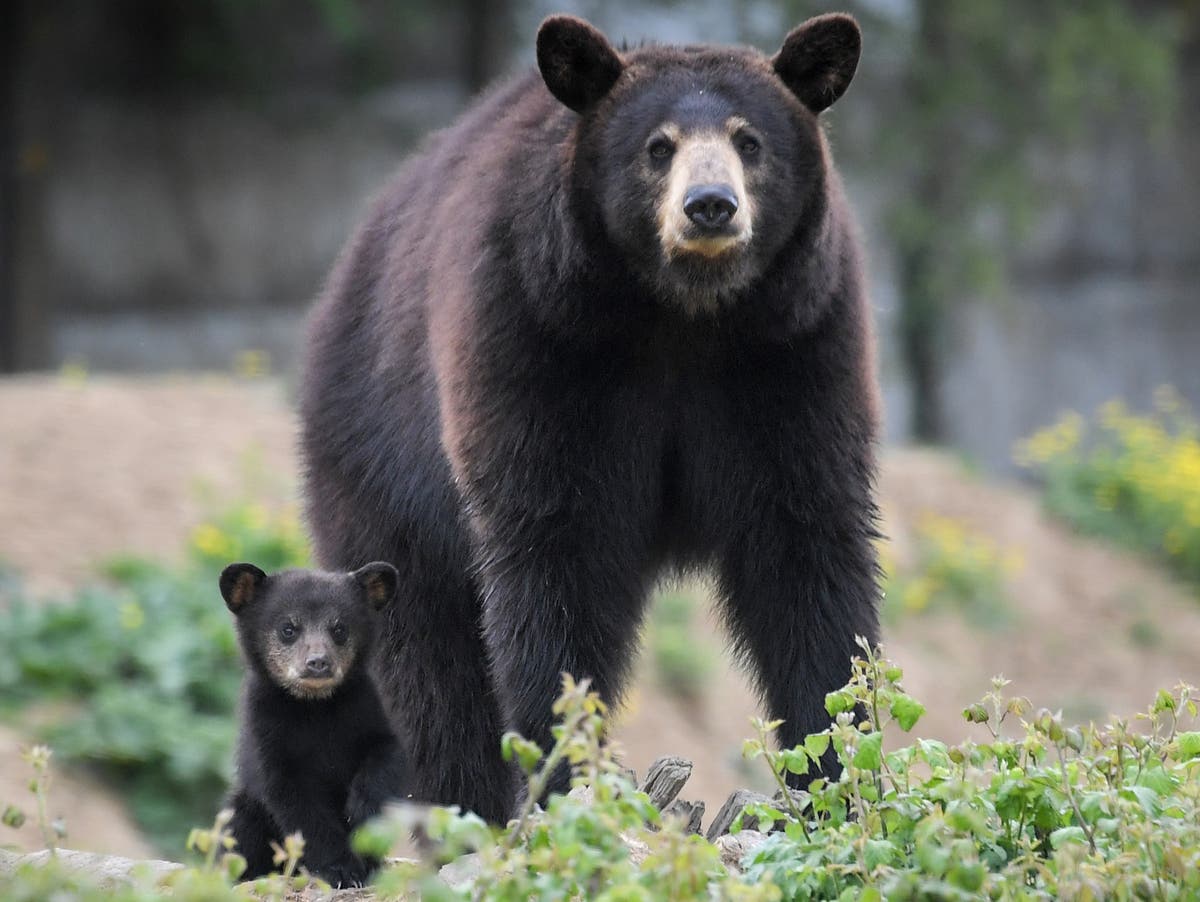