All-Stars of the Franchise Program Postmortem

The All-Star program has become one of the most anticipated content drops in Diamond Dynasty. Bringing juiced-up versions of many popular current players, DD players get a ton of new options to upgrade their squads. With every MLB team being featured as well, it mimics the real All-Star Game with team representation and injects some needed variety at this point in the game cycle. With that in mind, let’s talk about how the All-Stars of the Franchise Program came off this year with our usual postmortem on the program.
All-Stars Of The Franchise Program Postmortem

Remembering back to MLB The Show 21, the Diamond Dynasty community was salivating when the All-Stars of the Franchise program was announced. You can pinpoint the exact moment that the meta completely shifted in ’21 and it was this very program. The cards featured last year were unbelievably good pretty much across the board. Even the “weaker” cards were juiced beyond expectations. It also brought some cards that were instant classics like Trea Turner and delivered 99 Jacob DeGrom to the nightmares of many. Overall, it was a huge content drop that massively shifted the meta and set the bar very high for content the rest of the year.
I was skeptical that SDS would match the power level this year. As fun as some of those cards were last year, I think that meta shift was actually damaging. Roster variety quickly evaporated as everyone had access to every single one of those cards for free. It’s important to remember that the All-Star cards were a Team Affinity drop and those drops were all pretty easy to max out. So not only did everyone have access to the cards, but tons of people got them pretty soon after release. Compounding this, the power creep last year wasn’t nearly as streamlined as it is this year. A lot of those cards were better than Bosses and Headliners that came after. A massively fun content drop quickly dried up the game.
That skepticism proved wise as SDS dropped really good cards but they weren’t nearly as juiced as in ’21. There was also quite a variety in terms of the attributes for the players, which was a nice change of pace from the Futures of the Franchise program where all the cards were pretty much the same. The All-Stars of the Franchise cards have personality. There’s a tangible difference between players sharing similar positions. There’s very good cards and then some cards that are laughably bad. Variety!
The dynamic of the program follows that of the previous Featured Programs in MLB The Show 22. There are multiple divisional choice packs in the program, allowing players the chance to scoop many of these cards just by playing. There was a nice boost this time around where we got 18 of these cards in the program opposed to the usual 12. This is great just in terms of getting more cards, but the need for all 30 program cards in the Jackie Robinson collection made this even more appreciated.
Lucy In the Sky With Diamonds

As mentioned above, the 2022 All-Stars Program featured some really good cards. I did a full power ranking on the cards in the program and went into detail on each card. I’m not going to rehash that here, but I’ll reiterate that cards like Dansby Swanson, Aaron Judge, and Corbin Burnes made the top of this program really shine. These are all cards that can be starters for a while, and it’s always a sign of a good program when we get longevity from the cards. My top card in the drop was Sandy Alcantara, and he’s still basically a perfect pitcher in Diamond Dynasty. I feel like the card has actually performed below expectations to a degree, but it might also be sequencing. A SP with an elite pitch mix and elite attributes getting hit around a little actually makes it more fun to learn how people approach him. There’s some other solid cards in here, but this program did its job of infusing some fun, new cards into the mix.

Pack It Up, Pack It In
One of the more interesting parts of the program for me was the packs. We talk all the time how we’re fortunate with the packs that SDS hands out like candy. Even with them taking a more measured approach this year, giving a little less and taking a little more, it’s still very easy to play this game No Money Spent and have a really good team. I personally was able to finish the Live Series collection for Randy Johnson within two months without spending a penny. There’s plenty of people out there who did it even faster. I mention this because there was a solid collection of premium packs this go around.
Starting at 420,000 XP, there was a run of six Future of the Franchise choice packs. For those who still needed cards in that set towards the Andrew McCutchen collection, six free cards that didn’t require too much grinding was a huge boon. I already had most of those cards, so it gave me 60K stubs to spend elsewhere to work on collections. Following those we got one each of the Big Dog packs. Again, for those who didn’t already scoop those cards this was a massive win. Beyond that, there was just a really good assortment of Headliners, Always Intense, Ballin, Show packs and even Ballin’ Out of Control packs.
I got some pretty decent pulls out of this assortment of freebies, and it helped immensely in my pursuit of Cutch and Jackie. Now that we’re hitting the time of year when Madden drops and 2K is looming, I’m curious to see if SDS turns up the heat a bit and starts handing out more freebies. We got our yearly Shark map that had some good stuff, but what they pile into programs will be fun to watch.
42

I’d be remiss if I didn’t talk about that Jackie card. Good lord is this card nasty. Easily the best Jackie Robinson we’ve gotten so far, this 2022 All-Star Game collection was very fitting to tie the program up. The MLB All-Star Game took place at Dodger Stadium in Los Angeles. We already got the cool moment of Clayton Kershaw starting at home in an All-Star game, but on the virtual diamond we got to celebrate with another Dodger legend and baseball and civil rights icon.
One of the things I think SDS nails pretty much every year is how they honor and feature Jackie Robinson. He was the collection reward in the 42 Series in MLB The Show 21 and this All-Star collection is pretty similar. It’s also pretty expensive. But this Jackie card is absurdly good and has the usual positional flexibility you want from him. With SDS’ care in power creep management, this isn’t some throwaway collection card either. This card immediately became one of the best cards in the game and that’s how it should be considering the cost.
You’ll have to collect all 30 of the All-Stars of the Franchise cards and 14 of the 2022 All-Star Game and Home Run Derby cards to get him. But once you have him, you won’t spend too much time thinking about the Stubs you locked in.
Bottom Line

I think the All-Stars of the Franchise Program was a big success. It delivered the best versions of current players we’ve ever seen like Dansby Swanson, while also featuring solid versions of other stars. For new players just picking up the game or returning players who took a long break, this program will jumpstart your squad and get it in shape fast. The fact that it also fed into the Jackie collection means this was actually a much bigger drop than anticipated.
While some were upset the cards weren’t as powerful as the cards last year, I just want to reiterate how much healthier I think it is that the cards came in at the power level they did. You’ll see these cards in Ranked, but you shouldn’t see the exact same lineup every single game. You’ll see Sandy Alcantara and Corbin Burnes staring at you from the mound a lot, but overall I just don’t think the meta was damaged like last year.
With all the additional packs as well, this might be my favorite program of the year so far. I’ll never stop talking about how much I dislike the gameplay this year, but I’ll also never stop talking about how well SDS’ content team performs. When you’re getting people to play your game for the content and not because the game is necessarily enjoyable, you’re doing a million and a half things right.
Looking ahead, we have the Field of Dreams program coming and going quickly. It’ll be another short program, so make sure you grind away. Beyond that, it seems like we should get a Legends of the Franchise program as well. We’ve had Faces of the Franchise featuring current players, Future of the Franchise with Future Stars and now All-Stars of the Franchise with the ’22 All-Stars. We know we’re getting a 99 Griffey this week. If SDS drops a huge Legends program within the next month, as Madden launches, featuring 99 overall Legends from each team, it’ll be the perfect exclamation point on how they’ve trickled out power level this year. 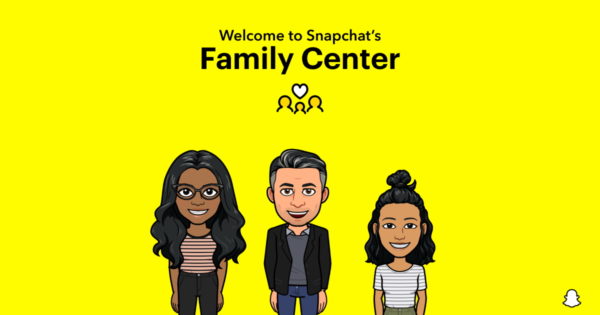