They say in space, no one can hear you scream but on the set of Alien 3 — which turns 30 this week — every complaint and barely-concealed gripe was deafening.

Just over three decades ago, Pinewood Studios was transformed into Fiorina 161, a dank space prison populated by a crew of skin-head convicts played by a who’s-who of British acting talent, including Charles Dance, Pete Postlethwaite and Paul McGann.

At the centre was Sigourney Weaver as franchise heroine Lt. Ellen Ripley alongside a drooling rogue Xenomorph — but things weren’t going well.

Making the leap from music videos to films, director David Fincher was struggling to juggle a second-guessing studio and a hyper-paranoid star whose dramatic new look as a convict — complete with grubby clothes and bald head — had made very image-conscious.

An on-set accident involving a heavy door falling on a make-up artist’s face had rattled the crew and last minute tweaks to a still-unfinished script were becoming an almost daily occurrence. To make matters worse, a quiet tension had grown between Fincher’s Hollywood leading lady and certain members of his rogues gallery. Needless to say, no one was having fun.

“When it’s working well, a film set is the best place in the world,” reasons Ralph Brown, the Withnail and I star who played prison guard Francis Aaron, or ‘85’ as he was known to inmates thanks to his supposedly low IQ.

“It’s this perfect collaboration where everybody understands what everyone else is doing, respects it and knows how to make their job easier — but when it’s not like that, it’s just hell on Earth,” he tells Yahoo.

“I always wondered whether making a horror film had to be horrible. You’re standing in tunnels with the remains of a prisoner that died in a giant fan around you but you’re just playing with horror, you’re not actually doing it,” says Brown. “I went home in bits every night.”

Following James Cameron’s 1986 classic Aliens, Alien 3 finds Ripley once again in hostile terrain as the sole survivor of the Sulaco’s crash-landing on a remote prison planet. Taken in by disgraced doctor Clemens (Dance), she’s forced to befriend a batch of criminals who have found religion at the edge of the galaxy before an alien stowaway starts picking them off. What’s more, with a queen gestating in her chest, Ripley’s chances of a prison break are looking slim.

For Brown, it was this last plot point that had an unusual impact on his Alien 3 experience: “David had decided that Ripley wasn’t going to be a sympathetic character to the audience because she was going to die at the end.

“He didn’t feel they would root for her once they found out that there was an alien inside of her and he wanted them to root for somebody. At that point, writers Walter Hill and David Giler started to rewrite my character quite severely. Sigourney didn’t want me to be a challenge to her. Not me personally but my character,” he claims.

“She said to me one day: ‘I tried to get them to kill you off on page 10’ and she probably did because people did die on page 10 — it was one of those films. That was really hard.”

With that, Brown’s character began to transform from a hard-up company man eager to return to his family (one that, in the original draft at least, survived Fiorina 161’s alien visit) to something completely different.

“The idea that Aaron should be a stupid guy was the main thing that came out of the rewrites to stop the audience rooting for him,” he reveals.

“I’d already shot two scenes by then, so I had to handle it in such a way that I didn’t lose the job. Once I’d somehow managed that, I then had to make sure the performance I gave was not being affected by the atmosphere. I was doing the best I could possibly do under these weird circumstances.”

Speaking of weird circumstances, Alien 3 was full of them. After enduring multiple script rewrites — including one set in a space mall and another on a floating wooden planet — Fincher’s film had reportedly spent $6million before cameras even started rolling.

Read more: Tom Skerritt looks back at 40 years of Alien

Shooting with an unfinished script made the movie a risky movable feast, one that Fincher, in his big screen debut, was forced to try and wrangle. Through it all, Brown and Weaver didn’t seem to get on, something he traces back to simply getting off on the wrong foot.

“I think it started when I first met her. The main cast were invited down to Pinewood to see some sets. I ended up walking next to Sigourney at the back of the group,” he recalls, explaining that his mind went completely blank when it came to thinking of something to say to the star.

“She didn’t say anything and neither did I. It just felt so awkward. I mean, talk about getting off on the wrong foot. You can interpret silence any way you want.”

This pregnant tension bled into the shoot. Although as Brown recalls it, not everyone noticed it. “I didn’t find out for at least a month but Charlie [Dance] was getting the same treatment as me so it stopped being a personal thing. He was getting things like ‘Oh, is that how you’re going to say that line?’ and ‘I don’t think you should stand there’ and all of these things that Sigourney was saying to me,” claims Brown.

“It was clear that she was having low self esteem about Ripley’s image — a shaved head and dirty clothes. I remember she passed me once and said something like: ‘Your hair looks so nice today Ralph’. I said: ‘Trust your image, Sigourney.’”

Meanwhile, Fincher had his own battles to deal with, namely the constant threat of Fox tampering with his first film.

Read more: The Alien movies that never got made

“I didn’t want to bother David with it because he had his hands full. He announced that he was deliberately shooting these slow tracking shots so that Fox couldn’t cut into it and he’d tell that to producers.

“I didn’t want to cause a rift by talking to him about Sigourney because he had to direct both of us but after one particular scene, he drew me aside and said: ‘If you need me, I’m there for you. I can see what she’s doing and it’s working. It’s making you lose confidence and I’m here to help you out.’ In a way, that was all I needed to hear: that he noticed and I wasn’t going mad.”

A die-hard Withnail and I fan — the cult classic in which Brown plays shaggy-haired stoner Danny — Fincher reportedly wanted to use the movie’s entire cast in Alien 3.

“He couldn’t find a part for Richard Griffiths to play but I suppose he could have played Brian Glover’s part as the prison warden,” reasons Brown, who was joined in space by his Withnail co-star McGann.

“He wanted to cast Richard [E. Grant] as Dr Clemens and had quite a big punch-up with the studio about it,” he adds. “David was a Withnail aficionado right from the off and was probably part of spreading it around Hollywood.”

After Alien 3 had wrapped, Brown eventually managed to get closure on his strange encounter with Weaver.

“People get paranoid inside that type of movie machine and Sigourney’s got a lot of power. She’s one of the producers and has also been in the game long enough to know that her image really does matter: it matters if she’s got a shaved head, dirty face and dirty clothes, so I understand that,” he admits.

Read more: How the Alien queen was brought to life

“I’m glad she did [apologise] because it made me realise she was just a human being and felt bad. I’m glad she was gracious enough to acknowledge that. I’m sure my performance in the film is fine,” adds Brown, “but I would’ve preferred not to have done it like that.”

Meanwhile, deadlines and constant studio interference made the whole experience bitter for Fincher and to this day, he still refuses to discuss it.

“We got to see David’s cut in a Pinewood screening room and it was basically the version we’d filmed. That film was a masterpiece in my eyes,” says Brown. “It was creepy, existentially horrific, empty and scary but there was a desire for life inside it. We saw the premiere a year later and it wasn’t the same film at all.”

An ‘Assembly Cut’ designed to restore Fincher’s vision was finally released in 2003 and despite all the chaos, fans still regard the movie more fondly than reviews might suggest.

“It’s lovely to hear that people like it,” says Brown.

“I’m still proud of it. Alien fans are a different league. They’re people that grew up thinking the world was s***; maybe they had dysfunctional families, were bullied at school or have a self-loathing thing but they absolutely identify with Alien 3 more than the other two,” he says.

“It’s really interesting that a film so bleak can give people hope.”

Alien 3 is streaming on Disney+. 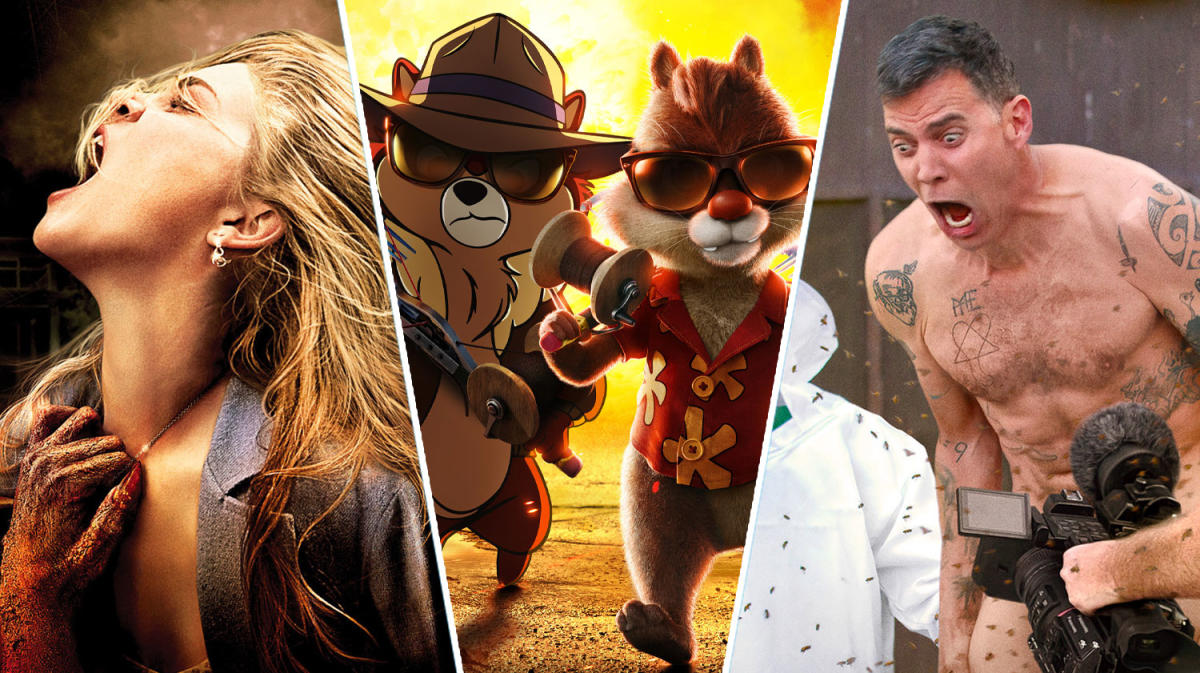