As he sits down for his winner’s interview, Jai Hindley (Bora-Hansgrohe) seems dazed. The words he wants don’t come easily. Maybe it’s the fact he’s only just crossed the finish line, after a brutal final climb where he was at his limit the whole way up. Maybe it’s the fact he never expected to be giving a winner’s interview, given how much he was battling.

“I was just trying to survive as best as I could,” he says of that final climb on stage 9.

Of course the 26-year-old West Australian did more than survive – he won what proved to be the first real GC test of the 2022 Giro d’Italia, taking out a six-rider sprint at the top of the grueling Blockhaus climb. That he managed to win the stage is impressive enough. That the win comes after such a challenging period makes it a defining moment in his career.

To understand the significance of Hindley’s victory, we need to return to the scene of his last win – also at the Giro d’Italia, some 19 months ago.

By the second week of the COVID-delayed 2020 Giro, Hindley was nicely ensconced inside the top 10 overall. Then, on stage 15, Hindley announced himself as one of the big contenders in a thinned-down GC field, taking third on the uphill finish to Piancavallo behind Tao Geoghegan Hart and Wilco Kelderman. That result moved him up to third overall.

A few days later, on an epic stage 18 that went up and over the legendary Stelvio Pass (the day of the famous jacket incident), Hindley took the biggest win of his career, beating Geoghegan Hart in a two-up sprint to Laghi di Cancano. He was now second overall.

On the final road stage to Sestriere, it was again Hindley and Geoghegan Hart battling it out for stage honours. The Brit won the stage, leaving the pair tied on time. Hindley moved into pink ahead of the final-stage time trial.

Geoghegan Hart rode the better time trial around Milan leaving Hindley to settle for second overall. Victory would have been better, of course, but for Hindley, second was a significant step up from the 35th he’d managed on debut. He’d just had the best week of his career and the future was looking incredibly bright.

2021 would go on to be one of the hardest seasons of Hindley’s young career; “a tough one mentally and physically, to say the least”, as he would later describe it.

The setbacks started right away. At his first race of the year, Paris-Nice, Hindley got sick, picking up an illness that carried right through to the Volta a Catalunya a few weeks later. Hindley was forced to leave that race before stage 4.

The misfortune continued at his next stage race too, the Tour of the Alps. A crash with 5 km to go on the penultimate stage ended Hindley’s GC tilt (he was seventh overall at the time), and ultimately saw him depart another race early.

And then it was time for the Giro; a race Hindley had again been peaking for, but that he started without the weight of much expectation.

After bouncing around between 22nd and 27th on GC for much of the race, Hindley developed a saddle sore in the second week. The wound became increasingly painful as the race went on and after battling through the pain for several days, Hindley was forced to abandon prior to stage 14.

“The grit and determination that he has shown to try and get through the last few days is a real testament and credit to who he is as a bike rider,” Hindley’s DSM sports director Matt Winton said at the time. “He has battled against an unbelievable amount of pain to try and bring value to the team in the way that he had hoped.”

It would be more than two months until Hindley’s next race – the San Sebastian Klasikoa, where he finished 26th – before the Tour of Poland in August brought signs of a return to form. Hindley took two top-10 finishes on his way to seventh overall. But any positive feelings would be short-lived – a crash at the Tour of Slovakia in September saw Hindley end his season with a broken collarbone.

The 2022 season brought with it the opportunity of a fresh start. Hindley joined Bora-Hansgrohe on a three-year deal that promised more chances of GC leadership. “For my next steps as a professional, Bora-Hansgrohe is the right team for me, I’m sure of this,” Hindley said of his signing. “My focus will be on stage races, on one-week races and Grand Tours.”

His early-season races spoke of a promising trajectory. Hindley took sixth in his second race of the year, the Spanish UCI 1.1 one-day race, Clásica Jaén Paraiso Interior, followed by seventh on a summit finish at the UAE Tour. Then at Tirreno-Adriatico the West Australian claimed three top-10s, including sixth on the penultimate stage to finish an impressive fifth overall.

Hindley’s return to Catalunya went much better than his previous visit – 14th overall including a top 10 – and then, after a brief visit to the Ardennes, it was time for Hindley to return to the Giro.

The 26-year-old started the 2022 Giro this month as one of three possible leaders for Bora-Hansgrohe. He, Emmanuel Buchmann and Wilco Kelderman would let the road decide who would head the team’s GC tilt into the latter stages.

Hindley’s race started rather inconspicuously – after three stages in Hungary he was just outside the top 20 overall, with teammate Kelderman up in fifth. On stage 4’s visit to Mt. Etna, as his teammate Lennard Kämna won the stage from the break, Hindley finished in a group of GC favourites with Kelderman and Buchmann there as well. Hindley was up to 14th overall, well within reach of the race’s top favourites.

And so then to his win on Sunday’s stage 9.

On a warm day in the Abruzzo region, Hindley again found himself in a group of GC favourites as the road rose towards Blockhaus. As his compatriot Richie Porte (Ineos Grenadiers) set a stifling tempo on the front of the group, shelling all but the strongest climbers, Hindley managed to hold on.

He couldn’t follow when Porte’s leader Richard Carapaz attacked, dragging Romain Bardet (DSM) and Mikel Landa (Bahrain Victorious) with him, but Hindley never gave up. He was always just there, a little ways down the road, riding his own tempo.

In the final kilometre, after a series of stinging attacks, the three leaders sat up and looked at each other. Hindley rejoined the front of the race alongside João Almeida (UAE Team Emirates) and Domenico Pozzovivo (Intermarché-Wanty-Gobert) and suddenly, unexpectedly, a stage win was a real possibility.

Ahead of the final corner, Hindley made his way to the front. “There was a right hander before the finish with around 200 m to go,” he said in his winner’s interview. “I wanted to take the corner first and gave it everything to the line. And here we are.”

Despite leading out the sprint from a long way back, and despite a late charge from Bardet and Carapaz, Hindley held on for his second career stage win at the Giro d’Italia.

From the breakout success of his 2020 Giro campaign, to the repeated lows of 2021, Hindley was back to winning at the highest level. The past 19 months had been a rollercoaster.

“It’s been a while since I last got my hands up in the air,” Hindley said. “It’s nice to be back at that level. Last year wasn’t really the sweetest. I had quite a lot of illness and crashes. A year ago I had to pull out of the Giro with a saddle sore. So it’s pretty sweet to get the win today.”

As the second rest day begins, Hindley is now fifth overall. He’s just 20 seconds off the overall lead of Juan Pedro López (Trek-Segafredo) but in reality he’s even closer to the maglia rosa. Despite Lopez’s dogged fight to retain pink on stage 9, the young Spaniard will surely relinquish the lead on the next big mountain day. The only GC contenders ahead of Hindley now are Almeida (eight seconds ahead), Bardet (six seconds), and Carapaz (five seconds).

For now, it seems like the leadership question at Bora-Hansgrohe has been settled. Hindley is the best placed of the team’s GC trio, ahead of Buchmann who sits 49 seconds behind Hindley. Kelderman is out of the equation after losing nearly 11 minutes on stage 9.

And so the question now becomes: just how high up the GC can Hindley go? Another overall podium certainly seems within reach.

Of course the Giro proper has barely begun. Just two mountain days have been completed; another five still remain. And then there’s another final-stage time trial for Hindley to navigate, if it comes to that.

No matter how it all plays out, Hindley can be happy with how his 2022 Giro has gone. After the trials and tribulations of a rough 2021, getting back to his best is a victory in itself. Winning a tough stage against some of the best climbers in the world? Brilliant.

If Sunday’s result is anything to go by, we’ll be seeing plenty more of Jai Hindley in the weeks to come. 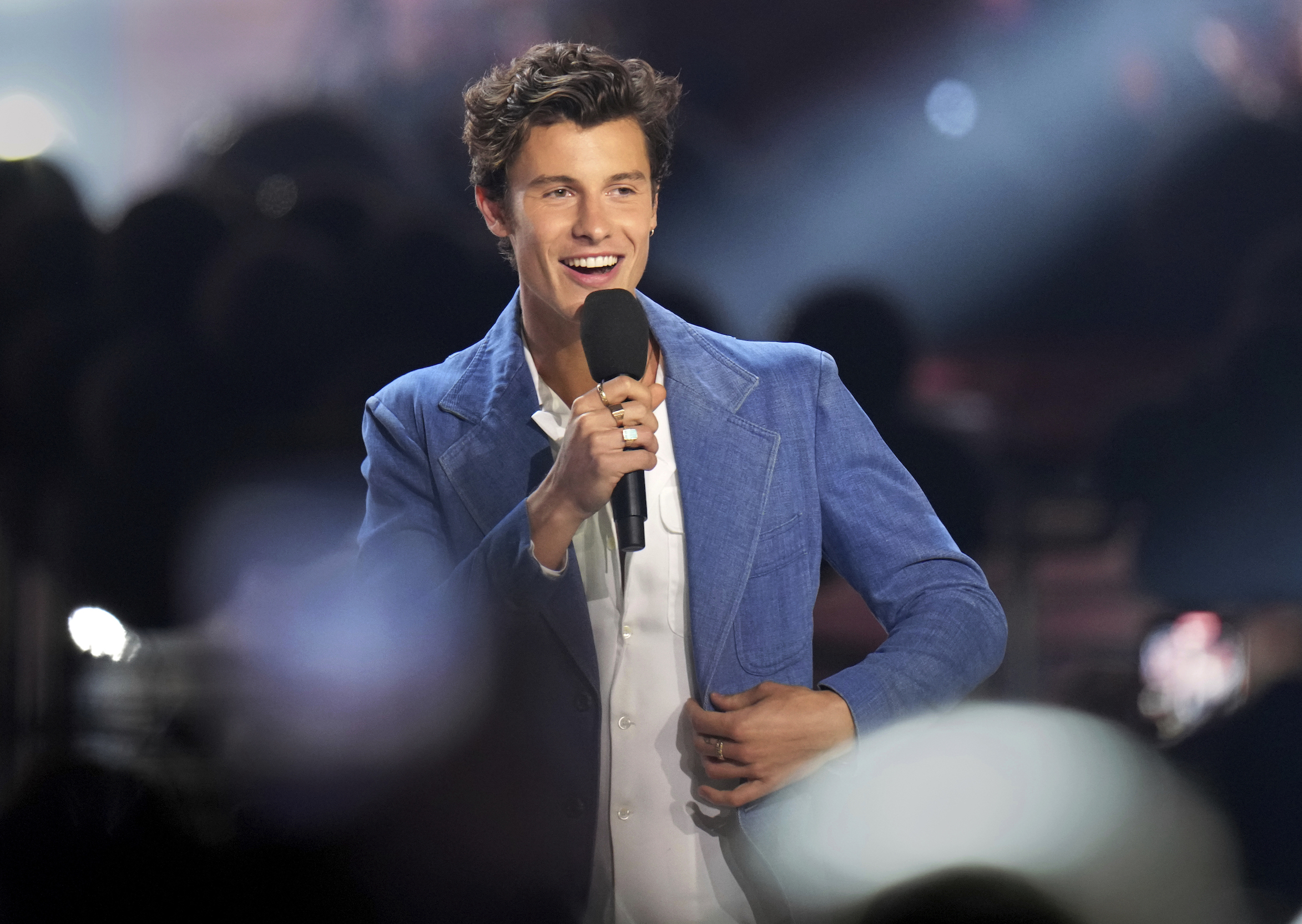