Curious about what you can use a KitchenAid Mixer for? Look no further! I have listed over 30 ways to use a stand mixer to make your time and effort in the kitchen super easy!

Not too long ago someone told me they have had a KitchenAid mixer for years, but had never used it.

There are plenty of kitchen appliances that you don’t need, but I would never put my stand mixer on that list. I use it several times a week because it saves me SO MUCH TIME!!!

Using my KitchenAid stand mixer is like having an extra set of hands in the kitchen.

The Best Stand Mixer for Home Use

First, let me introduce you to my family of KitchenAid mixers:

My husband and I were given a red KitchenAid 5-quart Artisan Stand Mixer for our wedding 10+ years ago. It’s met all of my baking needs so far, and that’s one of the main reasons why I don’t have a set of old-school beaters like these.I did have a set of hand mixers at one point (pre-wedding) and I did use them. I think I paid $5 at Dollar General and they were great for my needs at the time.

In fact, I’d highly recommend starting out with a simple yet good set of beaters if you’re new to the realm of using mixers. They’ll do 80% of what the stand mixer can do, and you’ll really get a firm grasp on whether you even need a stand mixer or not.

But for me? When we were given the stand mixer, I’m pretty sure I cried tears of joy. I sold the beaters and didn’t look back. My KitchenAid 5-quart Artisan Stand Mixer is one of my kitchen BFFs.

With that said, however, there is one thing that’s now on my wishlist:

That my friends, is the KitchenAid 7-quart Pro Line Stand Mixer.

As you’ll soon see, I use my mixer for ALL SORTS OF GOODNESS and one of my (few) complaints is that I often wish I had a bigger bowl. It would be nice to make a triple batch of pizza dough or a batch of buttermilk potato bread without the dough getting all stuck in the blade thingamajig. The 7-quart holds FOURTEEN cups of flour!!

I also think it would be nice to have something with a bit more horsepower (is it weird to say horsepower on a food blog?) so I can crank out a massive baking marathon without a second guess that my mixer might need a break or something.

But it’s certainly not a need. My 5-quart Artisan mixer has been holding strong, despite the toll that running a food blog requires AND dough in the thingamajig, so I’m not complaining.

1. Shredding Cooked Chicken. Use the dough hook and turn it on for about 20 seconds at a time. This gives you shredded chicken, not mushy chicken. I most often used either roasted chicken or slow cooker chicken.

2. Shredding Cooked Pork. Same theory as the chicken! The very best carnitas is a perfect candidate for this.

3. Shredding Cooked Beef. Same theory again, and this way you can have shredded beef sandwiches without shredding the meat for hours!

4. Mixing Meatballs. This is my favorite meatball recipe. Five minutes of dumping and mixing and 15 minutes of baking make dinner ready in a flash.

5. Mixing Meatloaf. The same concept as the meatballs, but I don’t have a favorite recipe… yet. Got one to share?

6. Mixing Ground Beef for Hamburgers. You can find my favorite burger recipe here. But of course, the mixer does the work.

7. Mashed Potatoes (white or sweet). There’s an art to mashed potatoes, which includes not mashing them for too long. Use the paddle and mix when they’re hot so they don’t dry out (which leads to adding too much liquid and overmixing, which leads to gummy potatoes).

8. Granola. Part of the art of granola is to make sure ALL the dry is covered with wet. The mixer takes care of this beautifully. My family likes both cranberry orange granola and strawberry chocolate granola.

9. Granola Bars. Every week I make my husband a batch of chewy peanut butter chocolate chip granola bars. I can tell you right now this wouldn’t happen if I didn’t have this mixer.

10. Guacamole. Mashing one or two avocados isn’t bad, but simple guacamole for a crowd? Or make it in bulk and freeze it for later? That’s a mixer job.

11. Mixing Dips. You know those dips where you add spices to cream cheese and you stir like crazy, but it’s hard because the cream cheese is lumpy? Yeah… those.

12. Stuffing. I’m talking about stuffed mushrooms and ravioli here – the stuff you STUFF into other stuff.

13. Egg Salad. Use the wire whisk attachment for this one after a rough chop and you’ll have the perfect egg salad, every time.

14. Pizza Dough. This is my pizza dough recipe for our famous Friday night pizza tradition. I bust out the mixer every Friday at 4 pm, like clockwork.

16. Cinnamon Rolls. These are THE BEST cinnamon rolls on the planet. Well worth loads of butter and overnight rise.

17. Biscuits. Nothing cuts the butter better than the paddle attachment. Trust me. (This is my original biscuit recipe and this is my sourdough biscuit recipe, but if you’re a Bisquick-type of person, use this homemade Bisquick recipe instead.)

18. Scones. Similar to the reasoning for biscuits (cutting the butter is SO EASY NOW), except you can add the liquids and mix-ins too and never EVER mix it by hand. Try cranberry orange scones OR chocolate chip scones. Both are awesome!

19. Quick Bread. Classic pumpkin bread is my favorite, but Caramelized Banana Bread is a close second.

20. Muffins. Banana chocolate chip muffins anyone? Or do you prefer banana walnut?

22. Tortillas. Homemade tortillas are THE BEST, and since you need to cut the fat, they’ve never been easier.

Questions About Ways to Use a KitchenAid Mixer

23. Brownie Batter. I usually make black bean brownies in my blender, but if I make traditional brownies (using homemade brownie mix), I use my mixer.

24. Cake Batter. This is my homemade yellow cake mix recipe and this one is for chocolate cake. Mmmm… did someone say cake?

25. Cupcake Batter. Officially speaking, cupcakes are different than cakes, but for normal baking people like you and me, we’ll just use our favorite cake recipe.

26. Meringue. NOTHING whips up egg whites into glossy firm peaks better than a stand mixer.

27. Whipped Cream. Ditch the processed can and get heavy whipping cream instead. A smidgen of powdered sugar and you’ve got delicious homemade whipped cream. Make chocolate whipped cream for an even greater treat!

28. Frosting. Whipping butter into submission – by hand – for buttercream icing is no easy feat. Using a mixer makes this SO much easier.

31. Marshmallows. They don’t happen often, but when they do, they ONLY happen in a stand mixer.

32. Brown Sugar. I actually quit buying brown sugar when we quit processed sugar altogether. Now I use a ratio of molasses and Turbinado sugar – in my mixer – to make my own. Here’s the recipe!

33. Natural Peanut Butter. 99% of the jars of natural peanut butter I buy come with a layer of oil at the top. I dump it all in my mixer, whip it up, scoop it back into the jar and store it in the fridge. Never again do you have to make a mess, spilling oil over the kitchen counter when you open a new jar of peanut butter.

34. Scrambling Eggs. One or two eggs get scrambled in a mug. But when I’m hosting company? Or making a quiche? Into the mixer, they go!

Already Own and Love Your KitchenAid Mixer? Let’s Talk About Attachments.

Looking for tips and advice on attachments? Me too!

I still have the same 3 tools my red KitchenAid 5-quart Artisan Stand Mixer came with:

My mother-in-law gave me a flex-edge paddle one year for Christmas, and that’s super cool too. So awesome to not scrape the bowl in the middle of a cookie recipe!

Apparently, there are other awesome attachments too though:

I have zero experience with any of these. I can see though, how they’d be life-changing if I had them (perhaps I should add these to my wish list too?). 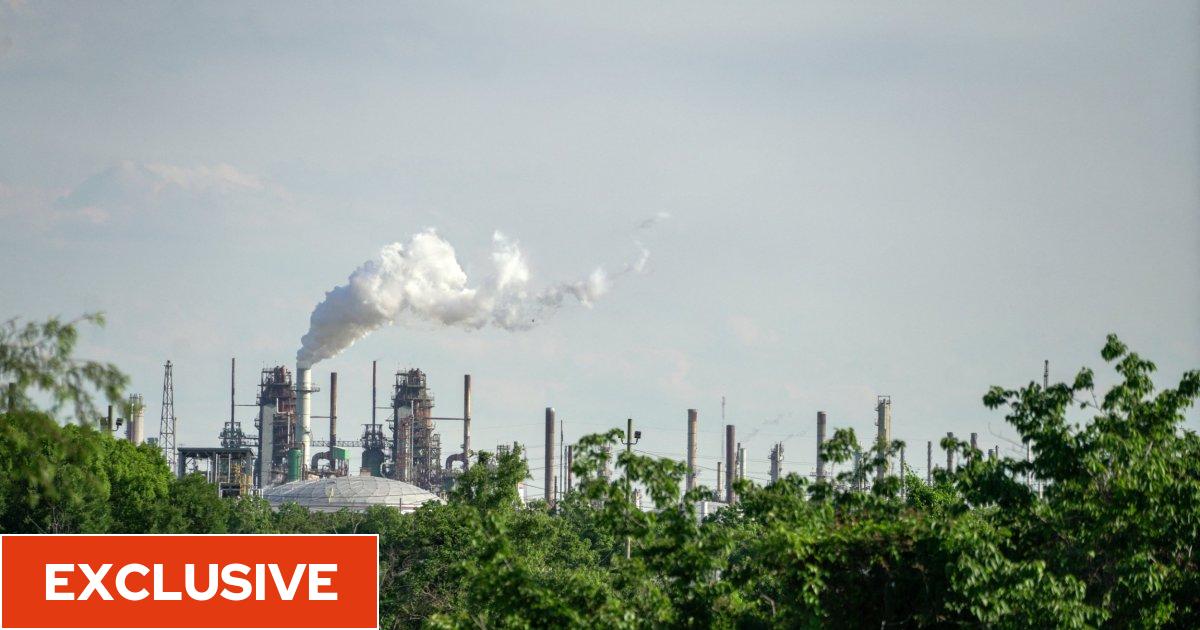 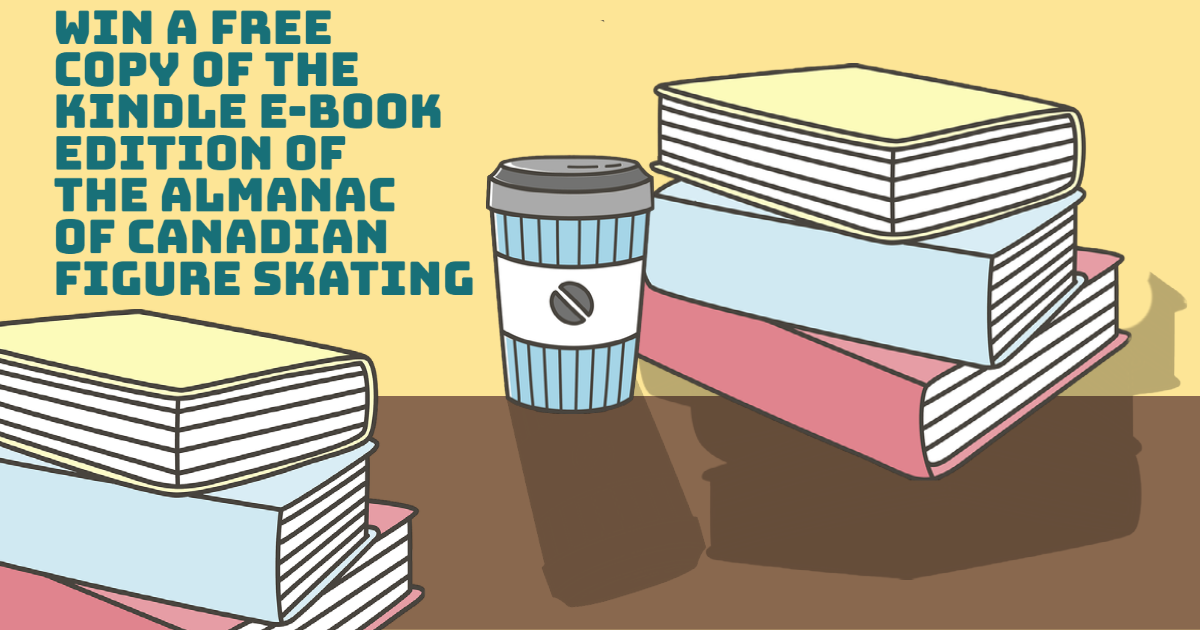 Win A Copy Of The Almanac Of Canadian Figure Skating!