It’s been quite a year for trade compliance and logistics teams. As a baseball fan, the closest I can come to describing this past year is with a reference to Abbott & Costello’s decades old “Who’s on first” routine—a comedy sketch that they first introduced on the radio in 1938.

The sketch is a play on words and names, leaving one wondering who exactly the players on the are. Well, that pretty much sums up 2022.

Professionals from all areas of the trade industry struggled to keep up with export and Customs agencies’ new regulations and sanctions; did double-takes as existing trade programs were given a refresh; and were constantly waiting to see what else could possibly be coming around the corner.

Here are a few highlights of key regulatory changes that took place over the course of 2022 that made an impact on U.S. exports and imports and how supply chain and logistics organizations need to approach each new twist and turn.

The Russian invasion of Ukraine in the first quarter of 2022 had the trade industry on high alert and bracing for impact. The sanctions and regulations published by governments around the world resulted in a weeks-long frenzy—and the aftershocks continue to be felt.

There wasn’t time for a slow boil. Regulations were published before their full ramifications could be assessed, and in some cases had to be amended almost just as quickly to adjust for unintended gaps. Companies were left scrambling to find creative solutions to equally creative sanctions programs.

One of the biggest surprises in the approach to sanctions occurred when export agencies rolled out Harmonized Schedule (HS) code restrictions for exports in addition to the usual Export Control Classification Number (ECCN) based controls. In the U.S, the Department of Commerce’s Bureau of Industry and Security added two new HTS-based lists, against which companies must now screen when exporting to Russia or Belarus.

The first of these, Supplement 4 to Part 746 of the Export Administration Regulations (EAR), imposed license requirements when products specified on the list are for use in certain industrial sectors. The second list, Supplement 5 to Part 746 of the EAR, identifies items controlled as prohibited Luxury Goods to Russia and Belarus.

Global trade management (GTM) systems, ordinarily programmed with ECCN and destination-based controls, were not originally designed for this new type of export control. Many companies were left having to put all items on hold when “for export” to these sanctioned destinations while they studied the regulations and developed other screening mechanisms.

An added layer of complexity emerged in that Harmonized Schedule codes are harmonized globally only to the sixth digit, with country-specific variations thereafter to the tenth digit. U.S. multinationals exporting from different geographic locations had only a short amount of time to study each country’s regulations and lists closely to ensure compliant exports.

To adapt, companies found new ways to use existing logic in their GTM systems, creating new part numbers, HS codes, and hold types that could prevent unauthorized exports to Russia or Belarus. These major changes underscored the importance of automation to help keep up with trade regulations and sanctions. And as we’re well aware, manual processes alone can significantly hinder a company’s ability to remain compliant.

As we enter budgeting season, companies should be considering what their systems needs are, when compliance and logistics systems were last updated, and how often they’re tested. If it has been a while, meeting with GTM software service providers now might give companies incredible insight into what they’ve learned this year and what new updates will help them stay ahead of the game.

With companies still reeling from the impact of Russian sanctions, the second quarter of the year ushered in the implementation of the Uyghur Forced Labor Prevention Act (UFLPA), which went into effect on June 21st.

In the past, trade professionals may have been able to rely on their Quality or Environmental, Social, and Governance (ESG) teams to address forced labor requirements, but it’s become increasingly difficult to continue doing that with U.S. Customs and Border Protection (CBP)’s renewed focus on enforcement.

Under the UFLPA, CBP now presumes any goods mined, produced, or manufactured wholly or in part in the Xinjiang Uyghur Autonomous Region (the “XUAR”) of China to be unfit for entry at any U.S. port. CBP requires “clear and convincing evidence” to allow these goods to clear, and evidence to show no business has been conducted with individuals sanctioned for non-compliance.

More than ever, compliance with the UFLPA requires increased supply chain tracing and collaboration between companies and their logistics and Customs brokerage partners to prove upon CBP request that they have exercised proper due diligence. However, the requirements are burdensome.

In its report to congress on June 17, 2022, the U.S. Forced Labor Enforcement Task Force included a strong recommendation to importers to develop due diligence systems that would engage stakeholders and partners, communicate and train across their supply chains, monitor compliance, and incorporate independent reviews.

Rather than scramble to roll out a new vetting process, many companies have been able to identify existing annual processes and leverage those to vet for UFLPA compliance. For example, some companies began with an assessment of their existing collection of supplier statements, partner onboarding documentation, and screening procedures.

Also, companies already participating in trade programs with review processes, such as the Customs Trade Partnership Against Terrorism (C-TPAT) or the Trusted Trader Program, found they could share information from those reviews.

Another tool that was found to be helpful is the Automated Commercial Environment (ACE), a free tool available to the importing community that can be used to identify suppliers within China and specifically provide visibility to any who might be within the XUAR region. This collaboration with internal teams and pooling of resources has helped many companies avoid having to build their UFLPA compliance program from scratch.

I don’t know is on third

Coming into 2022, there was much speculation regarding the future of Section 301 tariffs, which were first imposed in 2018 on a majority of Chinese-origin products imported into the United States. Would they be repealed? Would any further exclusions be granted after the last round expired in late 2021? Yet, the most pressing question remained whether the tariffs would withstand testing in the U.S. Court of International Trade.

The first answer came on March 28th, when the Office of the U.S. Trade Representative (USTR) reinstated Section 301 exclusions on 352 products. The exclusions were made retroactive to October 12, 2021, and remain valid through Dec. 31, 2022. Companies were sent scrambling once again to review the exclusions, determine whether any did or did not apply to their product imports, and, if so, to then file their protests to reclaim any duties they had paid in the interim period.

Then, just a few days later, on April 1st, the U.S. Court of International Trade issued their decision regarding the legality of the tariffs. They found that although the imposition of the tariffs had not been illegal, the USTR had failed to follow proper procedure when they imposed the third and fourth round of tariffs without giving ample opportunity to importers to comment on the proposal, and then again when they didn’t explain what consideration had been given to the limited comments they did receive.

Since then, it has been a back and forth between the USTR and the Plaintiffs in the case, who continue to demand that the court vacate the List 3 and 4A tariff actions and order Defendants to refund all duties they’ve paid to date. As with most court cases, we can expect to see this one drawn out for some time. The crystal ball remains cloudy, especially because there is no indication that the United States will ease its trade control squeeze on China any time soon.

In the meantime, companies continue to deeply scrutinize their supply chains to minimize the impacts of the tariffs. Getting trade compliance teams involved earlier in the new product introduction process means a company can make more informed decisions regarding the sourcing and manufacture of their products before origin becomes problematic.

Conversations on sourcing can no longer be about the lowest cost, but must involve a review of all countries along a product’s supply chain to properly assess the landed costs that can so easily chip away at a company’s bottom line.

It’s been said that the way a team plays as a whole determines its success. The companies who have most successfully navigated through 2022 were those who quickly realized the futility of trying to get through it alone. Instead, they quickly turned to the other players on the field for support.

Logistics and supply chain professionals worked more closely than ever with external partners such as GTM solutions providers, freight forwarders, and Customs brokers, and brought internal teams to the table, pooling available resources from their engineering, finance, operations, and compliance organizations. With such a strong lineup in place, companies will be well poised for the challenges to come in 2023. 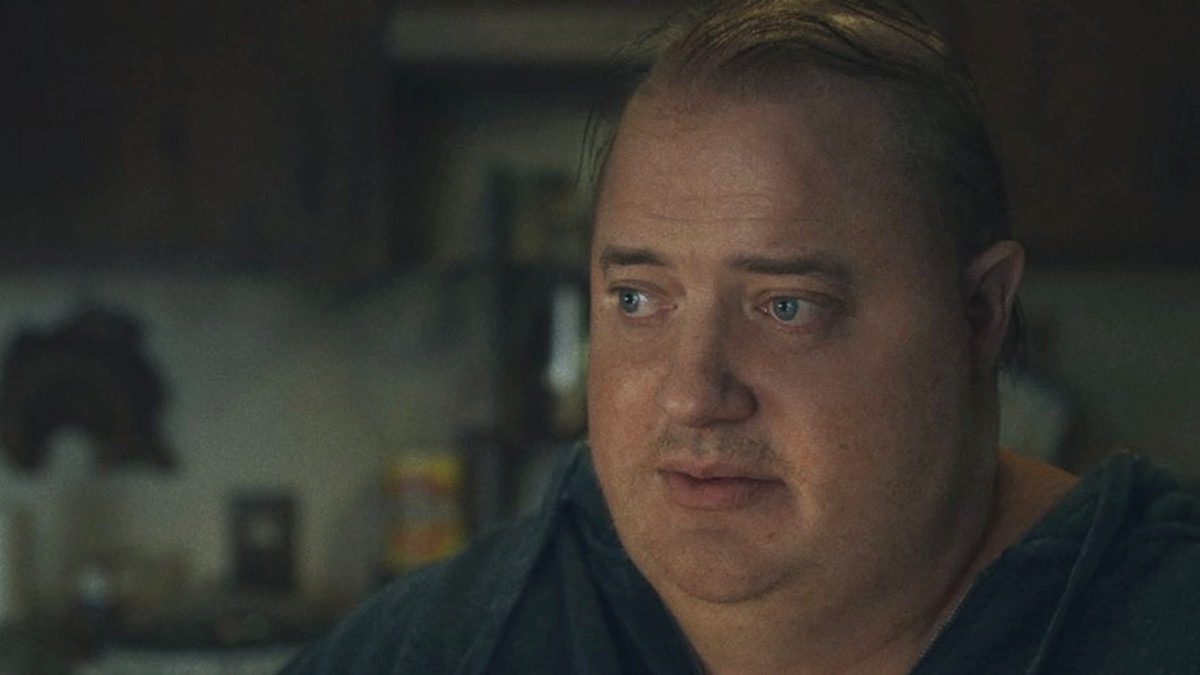 The first trailer for Brendan Fraser's acclaimed The Whale has landed 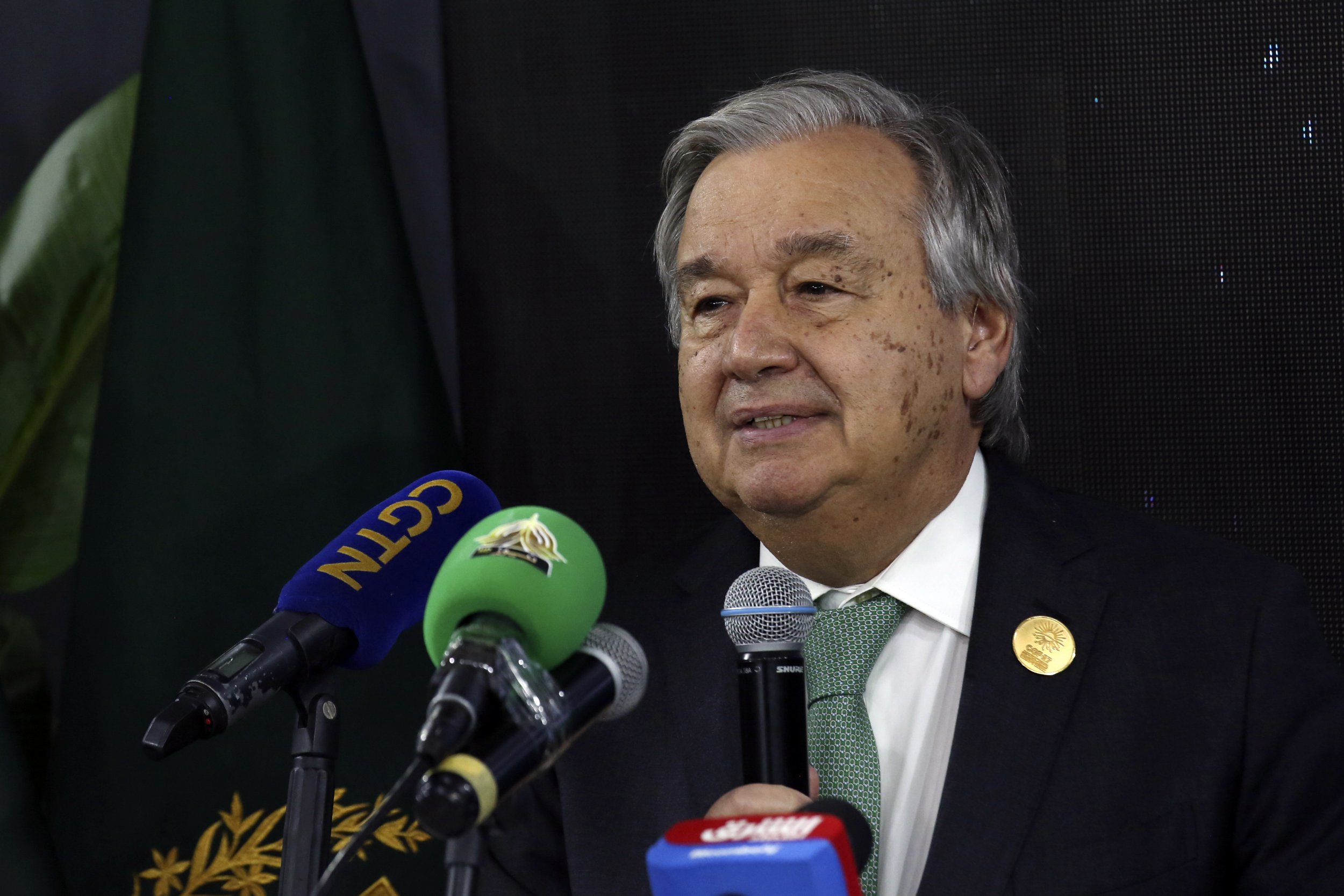 COP27 promises crackdown on 'out of control' greenwashing by big corporations