10 Thursday AM Reads – The Big Picture

• America’s gun culture – in seven charts Firearms deaths are a fixture in American life. There were 1.5 million of them between 1968 and 2017 – that’s higher than the number of soldiers killed in every US conflict since the War for Independence in 1776. In 2020, more than 45,000 Americans died at the end of a barrel of a gun, more than any other year on record. The figure represents a 43% increase from 2010 (BBC)

• Beat The Market By Investing In Freedom – And Shunning Places Like Russia And China When Russia’s invasion of Ukraine sent most emerging-markets funds plummeting, Perth Tolle’s Freedom Index Fund avoided most of the carnage—because economies run by despots will never be on her buy list. (Forbes) see also The World Is Waking Up to Autocracy Risk Thanks to Russia, China An interview with Perth Tolle, founder, Life & Liberty Indexes. (Morningstar)

• Every Bear Market is Different even a cursory glance at a table of prior bear markets reveals the difficulty in doing so, as the lack of any consistent pattern is evident. A bear can take on many forms… (Compound)

• Will a Downturn Give Investors a Cheap Way to Enter Private Equity? Investors in secondary PE stakes often see some “terrific buying opportunities in times of dislocation,” according to Adams Street’s Jeff Diehl. (Institutional Investor)

• It’s TikTok’s World Now. Facebook Just Tries to Make People Care About It Mark Zuckerberg needs Reels to fund his metaverse, and you can smell his desperation from Beijing. (BusinessWeek)

• The Way We Discuss “Disinformation” Is Toxic Study the literature surrounding terms like misinformation, disinformation, fake news, and propaganda. Despite the terms’ complexities and heavy connotations, they’ve become buzzwords, often thrown around with little justification. The practice can have serious consequences for those accused of spreading “disinformation” and the larger media environment. (Slate)

• Twitter bots, explained Since Elon launched his bid for Twitter last month, I did some proper research on bots. And by “proper,” I mean “read up on all the Twitter engineering blog posts about the topic” (Trung T. Phan) see also The flawed math behind Elon Musk’s Twitter deal An overleveraged billionaire’s bid for an overvalued company may signal the last gasp in an age of magical thinking about markets (Washington Post)

• I Slept Through a Year of the Pandemic As the world settled into quarantined hibernation, a severe concussion rendered me, for the most part, unconscious. (Elle)

• The ‘straight, white, Christian, suburban mom’ taking on Republicans at their own game: Mallory McMorrow’s riposte to a hurtful slander by a colleague in the Michigan state senate that she wanted to ‘groom’ children went viral and has been hailed as a midterms blueprint for Democrats. (The Guardian)

• The World’s Newest Superhero: Bad Bunny In the six years since he quit his job bagging groceries, Benito Antonio Martínez Ocasio has become one of the most streamed artists alive, a professional wrestling champion, a whole new kind of cliché-shattering sex symbol–and next, a Marvel leading man. (GQ) 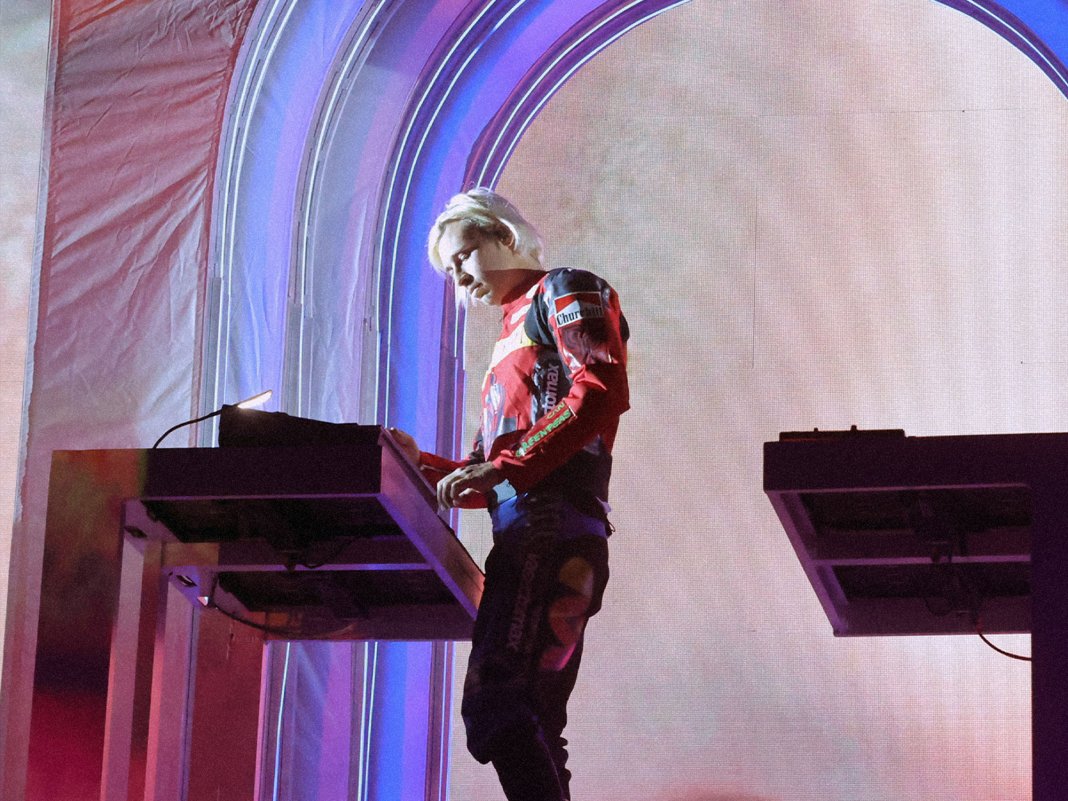 Flume says he has “an album’s worth of house music” inspired by Ross From Friends, DJ Seinfeld and other “lo-fi” artists João Almeida forced to retire from the Giro d'Italia - CyclingTips